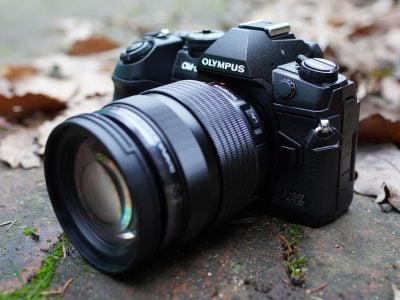 The Olympus OMD EM1 III is a high-end mirrorless camera aimed at photographers and videographers who value speed, robustness and portability. It has a 20 Megapixel sensor, 4k up to 30p, built-in stabilisation with up to 7.5 stops of compensation and 18fps bursts with autofocus, all packed into a tough weather-proof body. I went hands-on for my review-so-far! 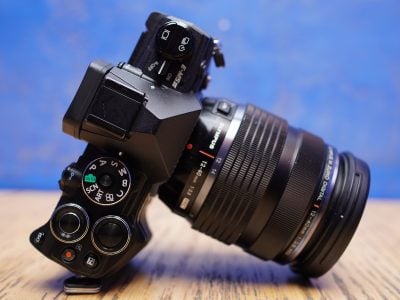 The Olympus OMD EM5 III is a mid-range mirrorless camera aimed at those who value portability and handheld use without compromising features and quality. It inherits the 20 Megapixel sensor from the EM1 II which finally brings it confident autofocus and 4k video, while also boasting improved built-in stabilisation in a slightly lighter but still weather-sealed body. Check out my… 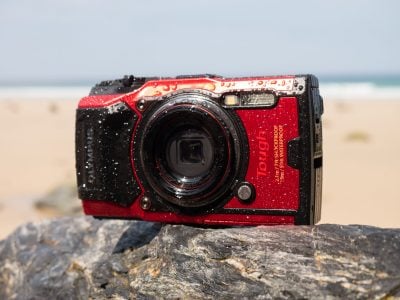 The Olympus TOUGH TG-6 is the latest model in the company's massively popular rugged series. It’s waterproof to 15 metres, freezeproof to -10C, can withstand a crushing force of 100Kg and a drop from 2.1m. It keeps the 25-100mm zoom of its predecessor with its bright aperture and unsurpassed macro, but upgrades the screen and underwater modes. Find out if… 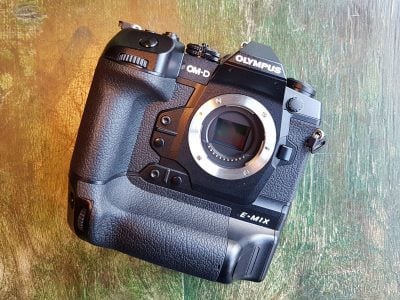 The Olympus OM-D E-M1X is a high-end mirrorless camera aimed at sports and wildlife pros, featuring a 20 MP Four Thirds sensor, 18fps with CAF, 4k up to 30p, up to 7.5 stops of stabilisation, and claims of the best weather-proofing around. It’s also the largest, heaviest and priciest OMD yet. Find out if it’s the ideal pro action camera… 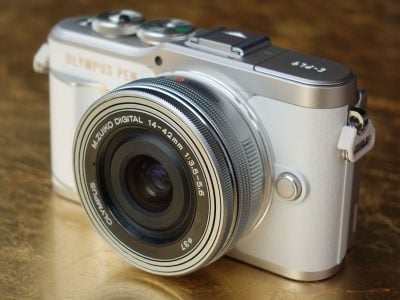 The Olympus PEN EPL9 is a stylish entry-level mirrorless camera aimed at bloggers or social photographers wanting to upgrade their smartphone photography. It features a 16 Megapixel Four Thirds sensor, 4k video, Bluetooth and Wifi. Find out if it's the best budget mirrorless in Ken's review! 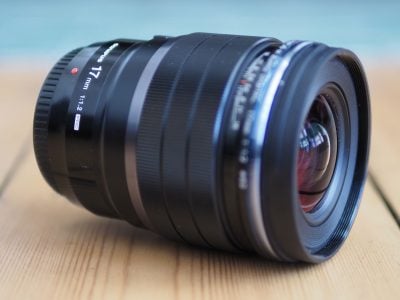 The Olympus 17mm f1.2 PRO is a bright wide lens, aimed at Olympus and Panasonic mirrorless owners who want the best performance and fastest aperture at this flexible focal length. Check out my video overview and sample images! 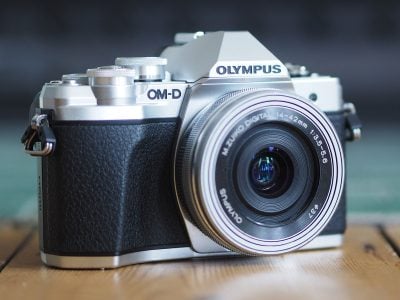 The Olympus OMD EM10 Mark III is a compact mid-range mirrorless camera aimed at photographers who want the flexibility and quality of an interchangeable lens camera without the size and cost of higher-end bodies. Check out my in-depth review! 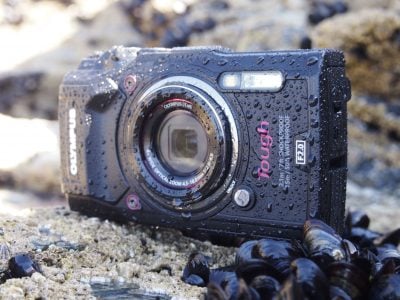 The TOUGH TG5 is a high quality waterproof camera from Olympus that's designed for rugged photography. Waterproof to 15m, freezeproof to -10c, and sealed from dust and sand, you can take it anywhere. Find out why it's the best rugged camera Ken's tested in his review! 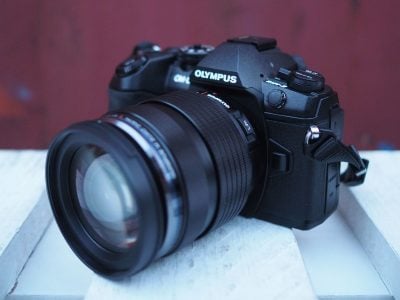 The Olympus OMD EM1 Mark II is the company's flagship mirrorless camera. It boosts the resolution to 20 Megapixels, improves the AF system, shoots faster at 18fps with CAF or 60fps with SAF, films 4k video and features a fully-articulated touch-screen and a weather-proof body with twin SD slots. Check out my OMD EM1 Mark II review! 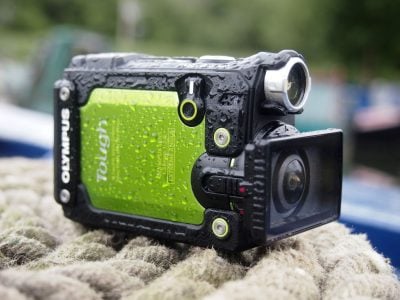 The Tough TG-Tracker is the latest rugged waterproof action camera from Olympus. The Tough brand has proved very successful for Olympus and a decade on from the release of its first Tough model it enjoys a fairly dominant position in the market for compacts that can survive the rigours of extreme environments.Announced in May 2016, the TG-Tracker is… 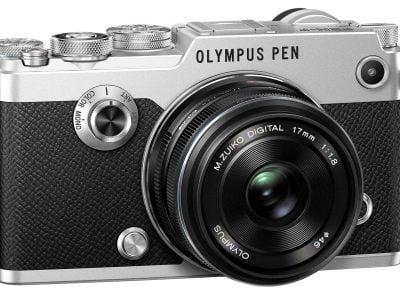 The Olympus PEN F is a rangefinder-styled mirrorless camera with a stabilized 20 Megapixel sensor and a built-in electronic viewfinder. Launched in January 2016, it shares a number of design cues from the original Olympus PEN film camera from the 1960s, but unlike the existing PEN series, the new PEN F is the first to feature a built-in EVF. In… 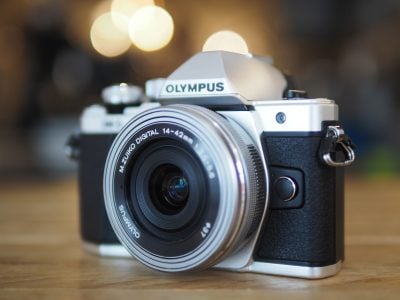 The Olympus OMD EM10 Mark II is a compact mirrorless camera, aimed at hobbyists who want a step-up in quality and flexibility without breaking the bank - or their backs. Announced in September 2015, it's the fifth OMD body from Olympus, a range that's differentiated from their PEN series by their built-in electronic viewfinders.Successor to the popular OMD… 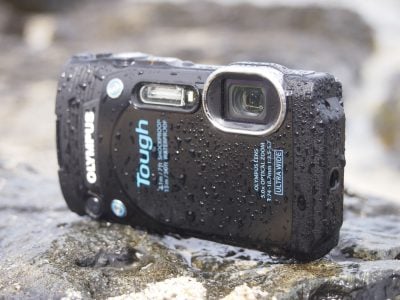 The Olympus TOUGH TG860 is a water-proof, shock-proof, freeze-proof and dust-proof compact. Launched in April 2015 it's an update to the year-old TG850 iHS. It retains the earlier model's 16 Megapixel CMOS sensor and the 21-105mm equivalent optical zoom, still the widest lens available on any waterproof compact. Also retained is the 3 inch 460k dot LCD screen… 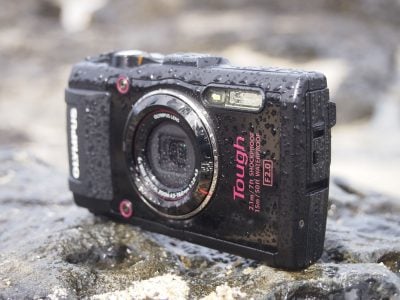 The Olympus Stylus TOUGH TG4 is the latest in a line of water-proof rugged compacts that have been a popular favourite with outdoors enthusiasts for many years. The TOUGH TG4 retains the 4x 25-100mm equivalent of its predecessor, the TG3, along with its bright f2-4.9 maximum aperture. New to the TG4 are a redesigned mode dial with several… 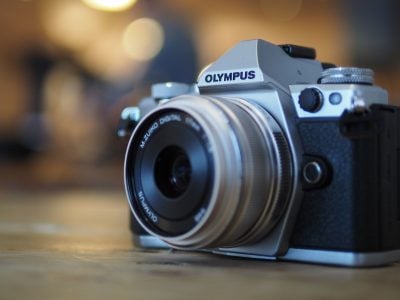 The Olympus OMD EM5 Mark II is a compact mirrorless camera aimed at enthusiasts. Announced in February 2015, it's the successor to the original OMD EM5 and becomes the fourth model in the OMD series; like all the OMD cameras it's based on the established Micro Four Thirds standard, providing access to the broadest range of native lenses… 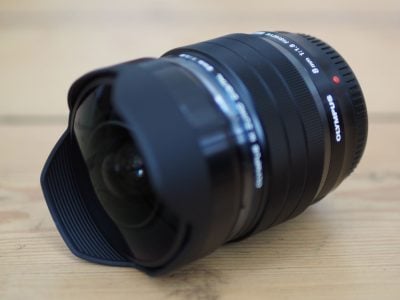 The Olympus 8mm f1.8 is a high-end Fisheye lens for Micro Four Thirds and the World's brightest. Find out how well it performs in practice. 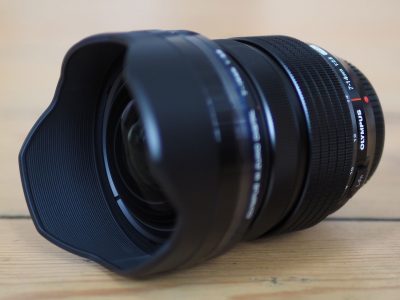 The Olympus 7-14mm f2.8 is a high quality ultra-wide zoom for Olympus and Panasonic bodies. See how it compares to the Lumix 7-14mm.

The Olympus EPL7 is a mid-range mirrorless with a flip-up screen, Wifi and built-in stabilization. But is it your best bet for the money?