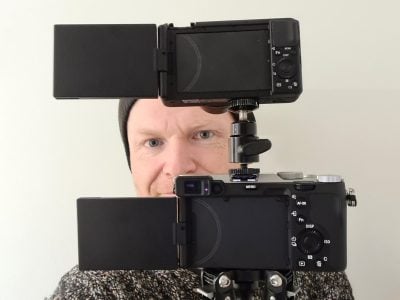 In this review I’ve directly compared the Sony ZV1 against the Sony A7C, two very different cameras but both aimed at a very similar audience. The ZV1 is a fixed-lens compact while the A7C is a full-frame mirrorless that costs around three times the price. Find out which is best for video creators in my review! 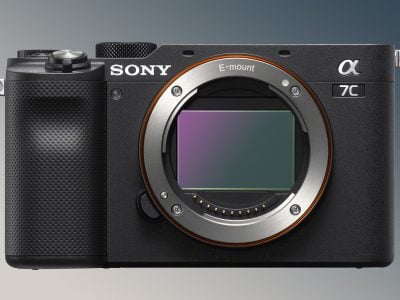 The Sony A7C is a mid-range full-frame mirrorless camera with 24 Megapixels, 4k video up to 30p, built-in stabilisation, rangefinder styling and a fully-articulated touchscreen. It’s Sony’s smallest and lightest full-framer to date, packing the photo and movie quality of the A7 III into a more compact body that’s barely larger or heavier than the A6600. Find out more in… 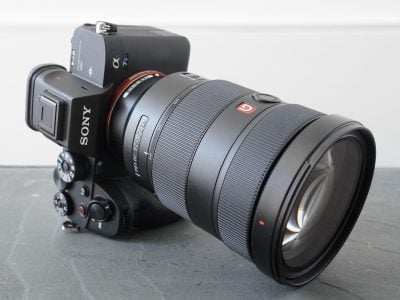 The Sony A7S III is a high-end full-frame mirrorless camera aimed at pro videographers. It films 4k 120p, has a flip-screen, the best EVF to date and much more! Find out why it could be the best pro video camera in my review! 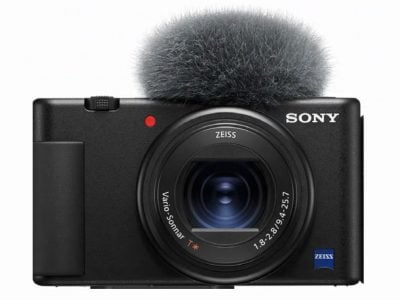 The Sony ZV-1 is a compact camera aimed at vloggers and video creators, inheriting the sensor and lens of the RX100 V(A), but adding a mic input, hotshoe, an upgraded built-in mic, side-hinged screen and a bunch of software improvements. Find out if it’s a G7X killer in my preview! 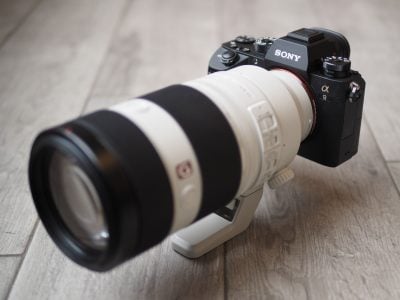 The Sony A9 II is a high-end 24.2 Megapixel full-frame mirrorless camera, aimed at professional sports photographers. It combines the core A9 features of 20fps silent shooting and zero blackout with a raft of body upgrades from the A7r IV and the latest AF and processing to become Sony’s most professional body. Find out more in my preview! 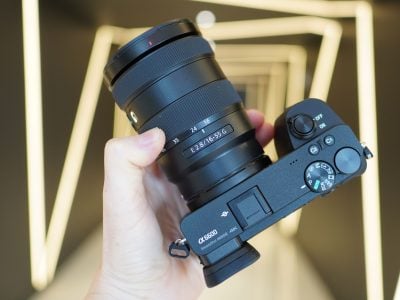 The Sony A6600 is an upper mid-range mirrorless camera with a 24 Megapixel APSC sensor, built-in stabilisation, 4k video, 11fps bursts with autofocus, and increased battery life. It replaces the three-year-old A6500 as Sony’s flagship body and in my in-depth review I'll compare all of its pros and cons to rivals to help you decide! 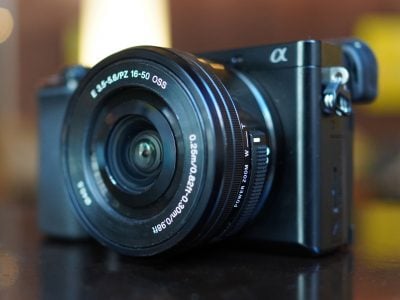 The Sony A6100 is an upper entry-level mirrorless camera with a 24 Megapixel APSC sensor, 4k video, 11fps shooting, viewfinder and tilting touchscreen. Announced in August 2019, it’s the official successor to the five and a half year old A6000, greatly improving the AF and video features. Check out my hands-on review-so-far! 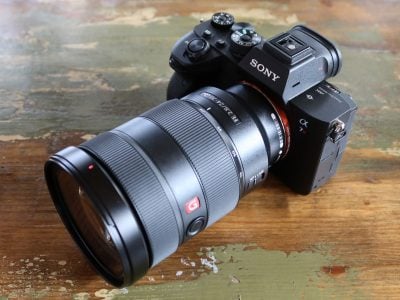 The Sony A7r Mark IV is a full-frame mirrorless camera with 61 Megapixels, 10fps shooting, 4k video up to 30p, built-in stabilisation and a Pixel Shift Composite mode that generates images with up to 240 Megapixels. Find out if it's the high-res body for you in my full review! 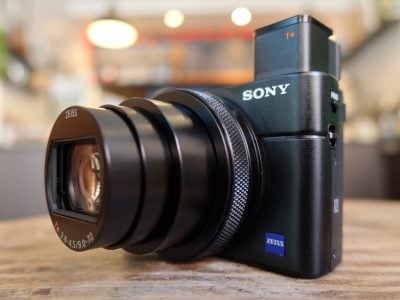 The Sony RX100 VII is a high-end compact designed for travel, action, video and vlogging, with a 20 Megapixel 1in sensor, 24-200mm zoom, flip screen, popup viewfinder, fast burst shooting, 4k video and mic input. Find out if it’s the compact for you in my review-so-far! 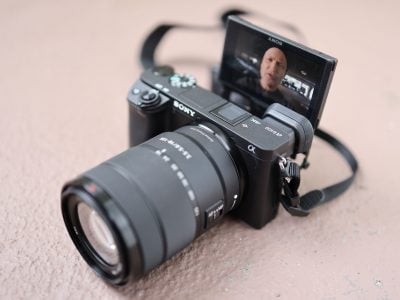 The Sony A6400 is a mid-range mirrorless camera with a 24 Megapixel APSC sensor, 4k video, powerful AF, built-in viewfinder and touchscreen that flips-up by 180 degrees to face the subject. Successor to the A6300, it's Sony’s best camera yet for vlogging. Check out my full review! 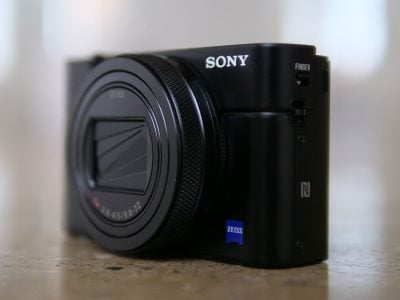 The Sony RX100 VI is a high-end compact aimed at enthusiasts. It takes the earlier Mark V with its 20 MP sensor, EVF, confident focusing and 4k video, but squeezes a longer 24-200mm range into essentially the same body. Find out why it's one of the best pocket travel cameras in my final review!

Sony's Alpha A9 is a pro mirrorless camera with a 24 Megapixel full-frame sensor and fully electronic shutter featuring 20fps shooting, silent and vibration-free operation, no viewfinder blackout, 4k video, and autofocus across the whole frame. Find out why it's as compelling for sports pros as it is wedding and event shooters in my review! 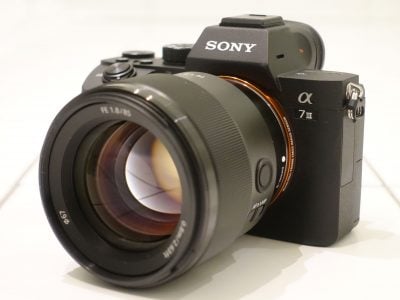 The Sony Alpha A7 III is the latest 'entry-level' model in the full-frame Alpha mirrorless series. It features a new 24 MP back-illuminated sensor, built-in stabilisation, a 693-point AF system, 10fps shooting, 4k video, and the longest battery of a mirrorless to date. Check out my in-depth review! 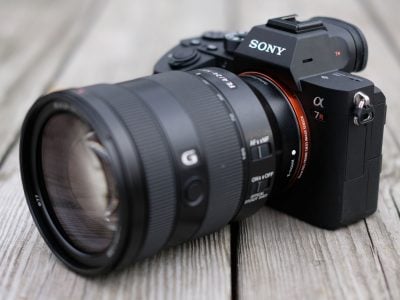 Sony's Alpha A7r Mark III is a full-frame mirrorless camera with 42.4 Megapixels, 4k HDR video and 10fps burst shooting. It keeps the sensor of the Mark II but upgrades the AF speed, adds twin SD slots, an AF joystick, and the viewfinder and Z battery of the A9. Check out my in-depth review! 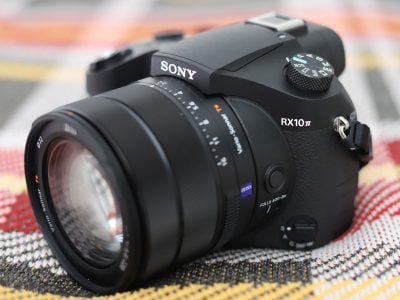 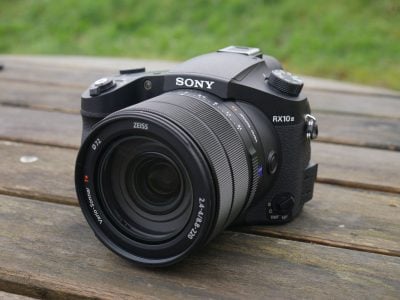 The RX10 III updates Sony's high-end Bridge Super-zoom retaining its predecessor's 1 inch 20 Megapixel sensor, 4k video, super-slow motion modes, electronic viewfinder and flip-up 3-inch screen. What's new is the lens, tripling the reach of the earlier RX10 II with a range of 24-600mm. Find out if it's the bridge camera for you in Ken's review. 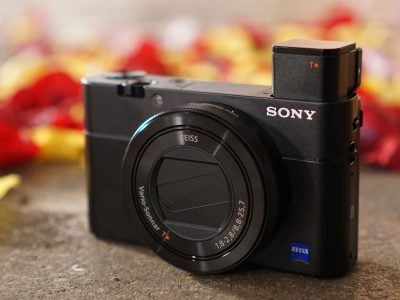 Sony's RX100 V is the fifth model in its enormously successful line of compacts for enthusiasts. It keeps the body, tilting selfie-screen, popup viewfinder and 24-70mm lens of the Mark IV. But the 20 Megapixel sensor now features 315 embedded phase-detect AF points and shoots at 24fps with CAF. Find out if it's the best high-end compact in my review! 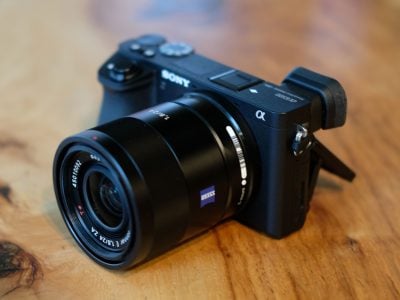 The Sony Alpha A6500 is an upper mid-range mirrorless camera with a 24 Megapixel APSC sensor, built-in stabilisation, touchscreen, 4k video and a powerful AF system that's perfect for action shooters. Announced in October 2016, it comes only eight months after the A6300, but doesn't replace it. The A6300, and indeed the A6000, remain on sale, but the…