The Olympus TOUGH TG-6 is a modest update to the earlier TG-5, with a higher resolution 1040k dot screen and new anti-glare glass in front of the sensor. The quality of underwater photos and video have been improved by the addition of three new white balance modes for differing water depths and the microscope macro mode can now be used under water. So a minor update, but over what was already arguably the best rugged waterproof camera around, which makes the TG-6 top dog – there’s nothing to match its bright f2 lens, superb image quality, speedy continuous shooting and wealth of video modes including 4K. I'm highly recommending it because of its unmatched performance in and out of the water. But one thing it’s not is cheap, so if you’re on a budget check out the older TOUGH TG-5, the Fujifilm Finepix XP140 or Panasonic’s Lumix FT7. Meanwhile if you're after something cheaper for active kids, check out Nikon's COOLPIX W150.

Check prices on the Olympus TOUGH TG-6 at Amazon, B&H, Adorama or WEX. Alternatively get yourself a copy of my In Camera book or treat me to a coffee! Thanks!

The Olympus TOUGH TG-6 is the latest incarnation of the company’s massively popular rugged waterproof model. It’s waterproof to a depth of 15 metres, freezeproof to -10C, can withstand a crushing force of 100Kg and a drop from 2.1m, and to cap it all off is dustproof. The TG-6 retains the 25-100mm equivalent f2.0-4.9 zoom lens that’s been the mainstay of every TOUGH model since the TG-1. This should really come as no surprise as manufacturers of other waterproof compacts have yet to compete with it in terms of its bright f2 aperture or its unsurpassed macro shooting capabilities.

The other headline upgrade is the screen which is increased in resolution from the TG-5’s 460k dots to 1040k dots. The sensor remains the same 12 Megapixel CMOS chip coupled with the TruePic VIII image processor that was introduced in the earlier TOUGH TG-5. This enables the TG-6 to deliver the same 4k movies, 20fps and Pro Capture continuous shooting, JPEG and RAW formats, and focus stacking and bracketing features as its predecessor.

Although unchanged from the earlier TG-5, the new model’s macro shooting features remain in a class of their own. The TG-6 can close focus to 1cm, allowing you to get close in to small creatures on land and in the water. What really makes it special, though, is the microscope mode, which essentially allows you to use the full extent of the zoom whilst maintaining the same 1cm close focus distance. What’s new is that you can now use microscope mode underwater.

One of the strengths of the TOUGH range has always been the great range of accessories that can be attached to the bayonet coupling on the front of the lens. To the existing underwater housing that extends diving depth to 45m, 1.7x and fisheye teleconverters, and macro flash diffuser, Olympus has added a new CSCH-127 silicone jacket which protect the camera casing and provides a more solid grip. There’s also a new LB-T01 protective lens barrier which can be opened and closed while wearing gloves and UC-92 external battery charger.

Other, arguably fairly minor, improvements, include the addition of anti-reflective coating on both sides of the sensor cover glass, which should help to reduce flare and ghosting, a more sophisticated focus stacking algorithm, new Bleach Bypass and Instant Camera art filters, and a 1080p HD time-lapse mode to add to the existing 4k and 720p options. Olympus has also re-introduced the date stamp feature and added a 2x digital teleconverter.

Finally I should mention that, as before, the TOUGH TG-6 is equipped with a comprehensive array of environmental sensors including GPS, a manometer for altitude and depth measurement, an electronic compass, and an external thermometer for measuring air and water temperature. It also has WiFi for remote shooting and photo/video transfer. Here I’ve tested it alongside Fujifilm’s mid-range Finepix XP140 and Nikon’s basic but budget-priced COOLPIX W150, so read on to discover which of these will end up being the best rugged waterproof camera to take with you to the waves, caves, rocks, snow, or whatever your favourite outdoor activity happens to be. 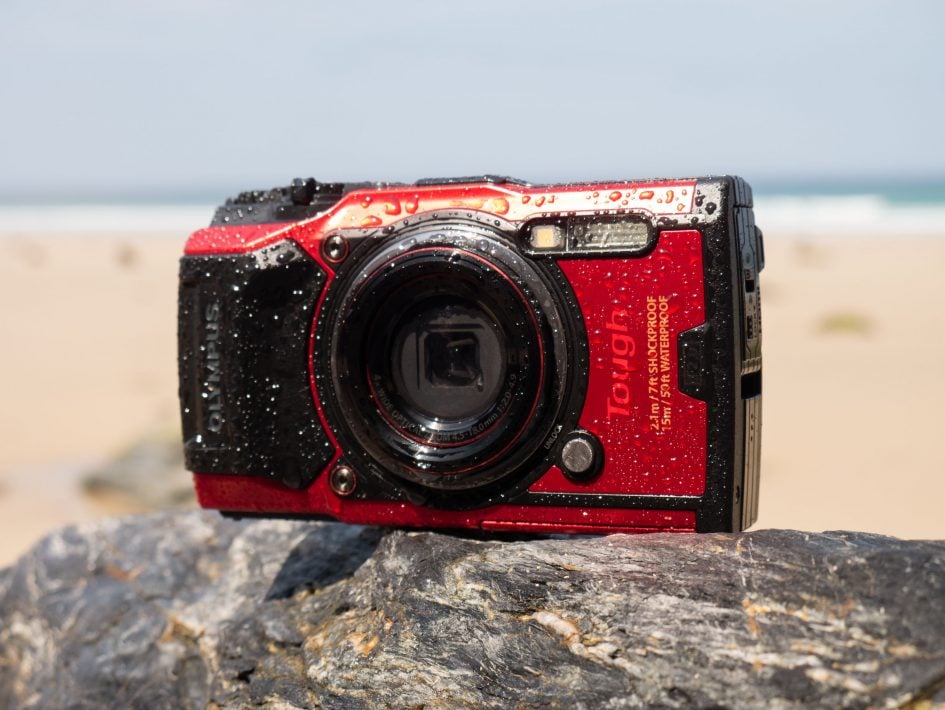 The TOUGH TG-6 is little changed from its predecessor in dimensions, weight, and appearance. In fact, aside from some changes to the graphics and colouring it’s virtually identical. The button at the five o’clock position on the lens bezel is the release for the cover which you remove to add the teleconverters and other accessories. 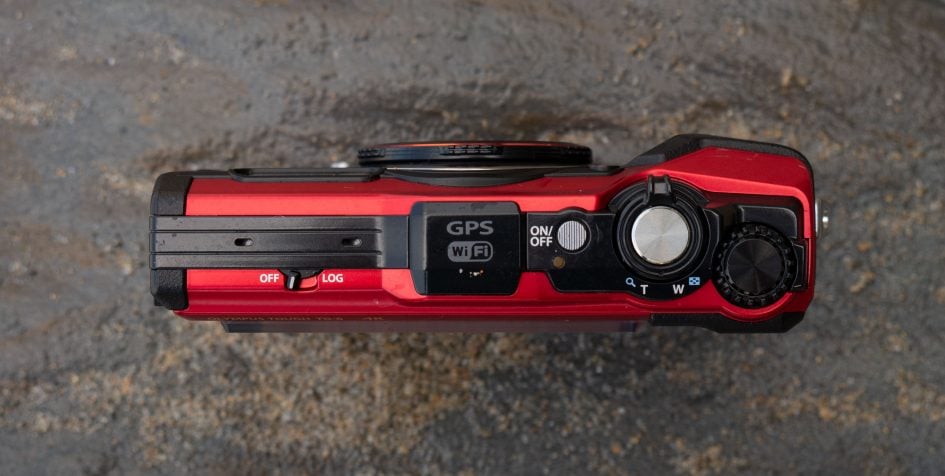 No change on top either, with the shutter release and, unusually for a waterproof compact, zoom collar and on the opposite side of the GPS and WiFi aerial housing the switch to activate the track log. The TG-6 has two double-latched sealed doors, one on the side housing the USB data/charging and micro HDMI port and one on the base of the camera for the battery and card compartment. 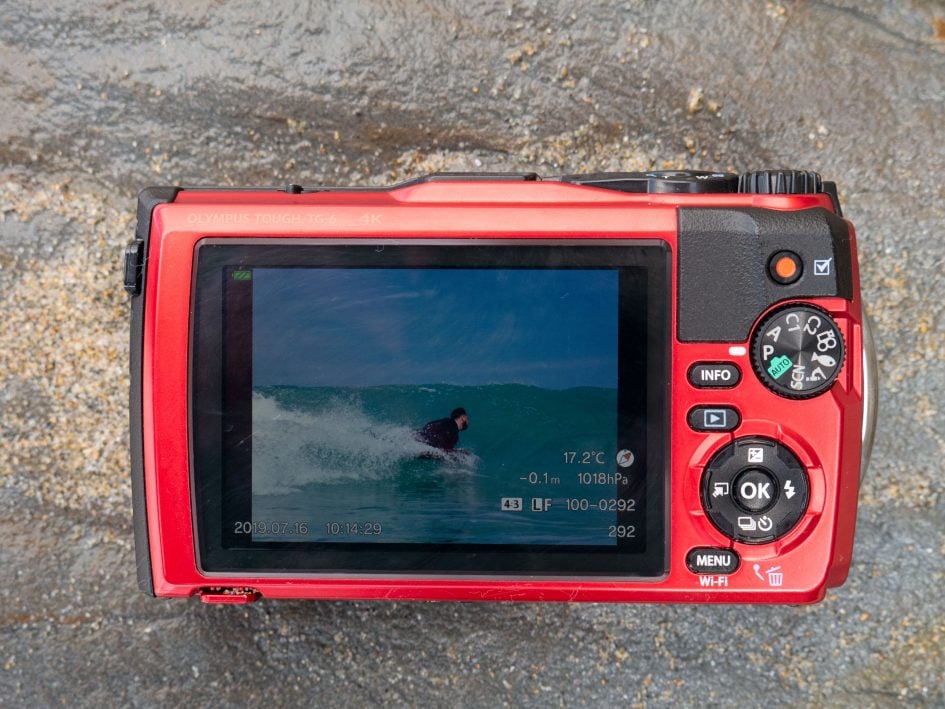 Here you’re looking at the main difference between the TOUGH TG-6 and the model it replaces. The TG5’s 460k dot LCD monitor has been upgraded on the TG-6 to a higher resolution 1040k dot panel. The difference is noticeable, with more detail visible, but it’s still quite difficult to see in sunny conditions, especially if the camera is submerged and you’re not. Having said that, it’s a lot easier to see than the screen on the Fujifilm Finepix XP140. 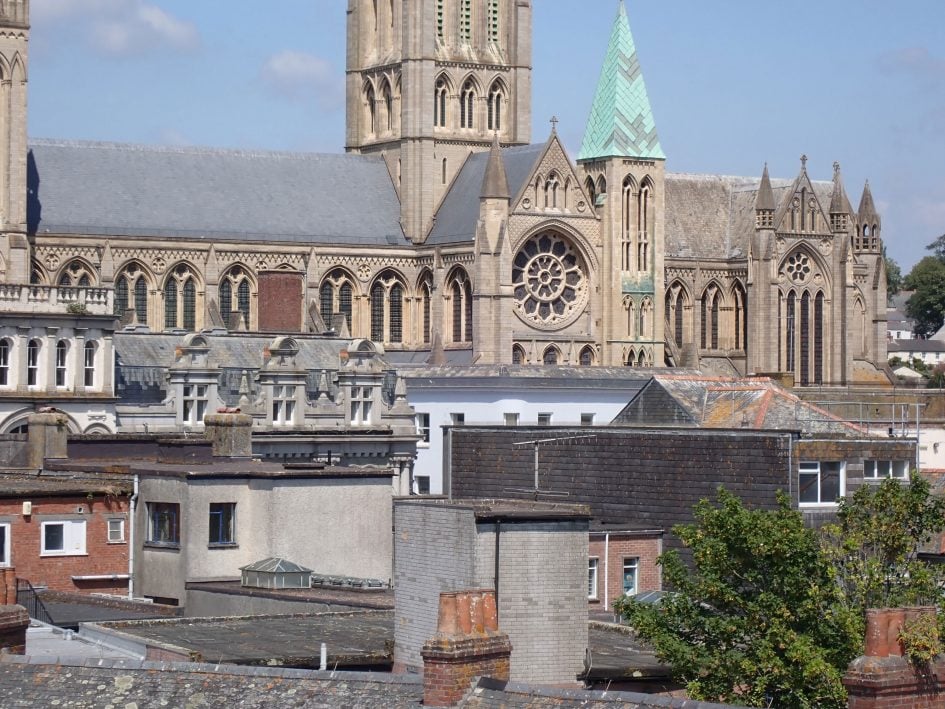 The TOUGH TG6’s 4x zoom can extend to 100mm equivalent – which is long enough to take head and shoulders portraits and to get you a little closer to the action if you’re in the snow or on the water. When you zoom all the way in the maximum aperture closes to f4.9; so when both models are fully zoomed in the TOUGH TG-6’s lens is no brighter than the Finepix XP140’s – except that the latter’s 140mm reach will get you a little closer to your subject. 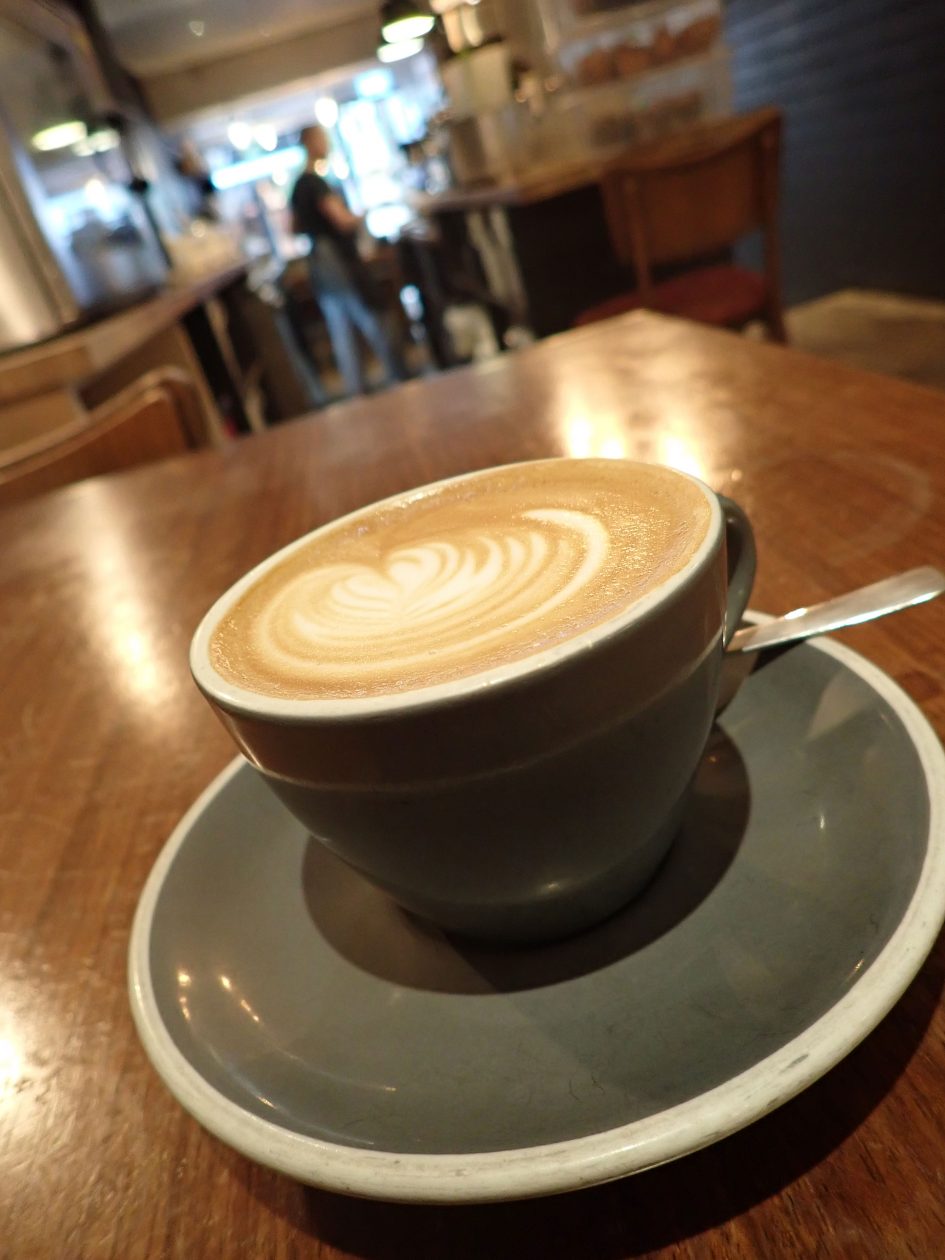 With the lens set to its maximum 25mm wide angle and the aperture wide open at f2, the TOUGH TG6’s lens can produce some nicely blurred backgrounds providing you’re close enough to the subject. Even when you’re zoomed in a little and the aperture closes, the shallow depth of field remains pretty good. 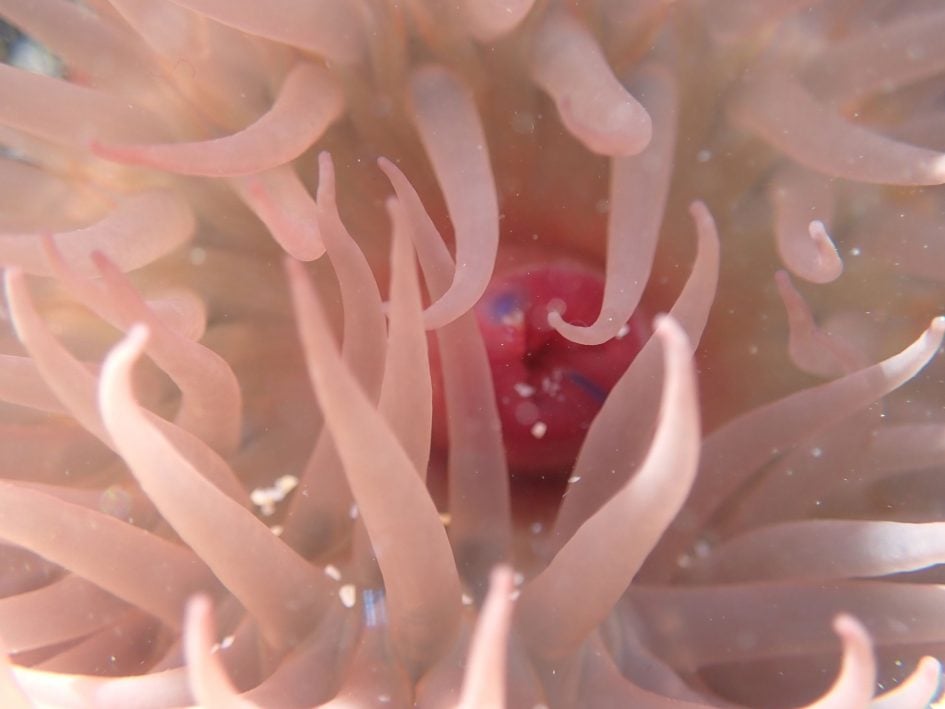 You can now use the TG6’s microscope mode in, as well as out of the water. Here I’m actually quite close to the anemone and only zoomed in a fraction but, as you can see it’s reproduced much larger than life size. 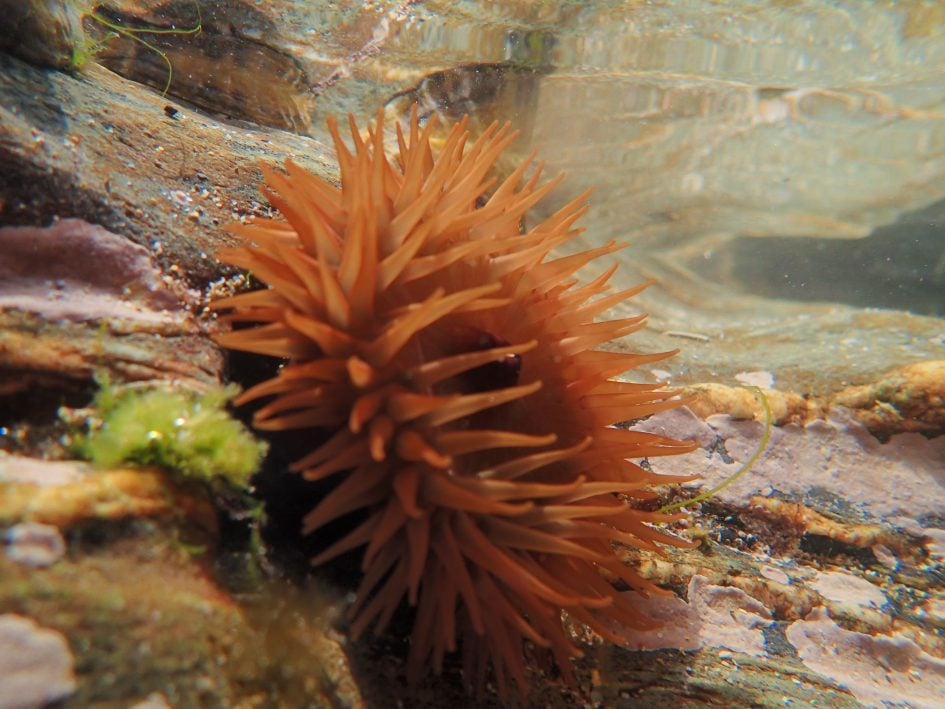 Even in underwater snapshot mode you can get fairly close to small sea creatures. The white balance is automatically set to shallow depth and, as you can see it does an excellent job of reproducing the warmer colours in this anemone’s tentacles. For getting in any closer than this you’re better off using the underwater macro or microscope mode. 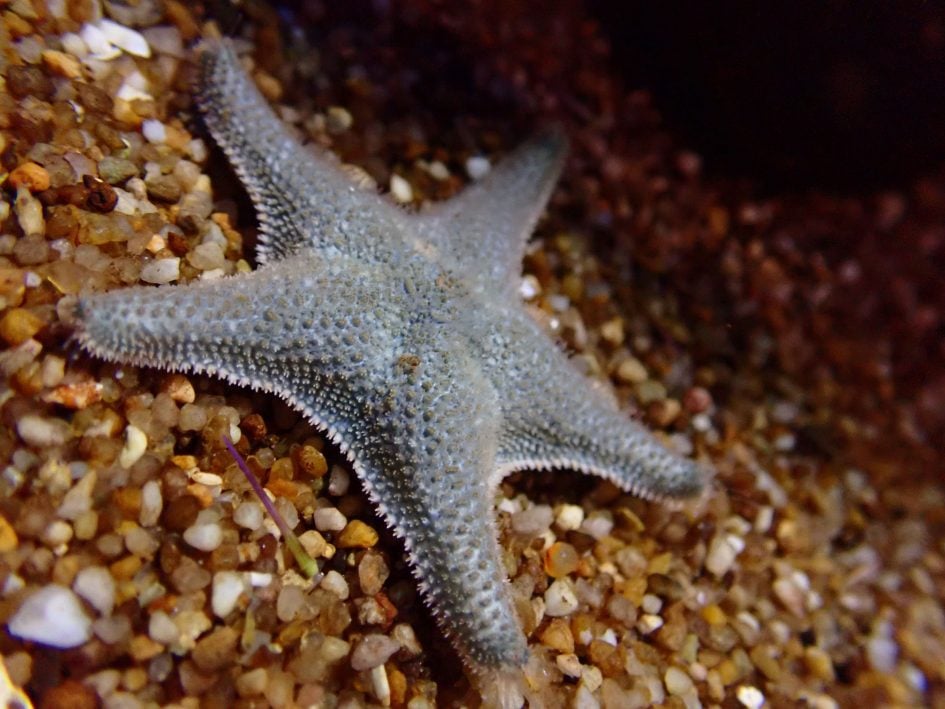 One of the issues often encountered with macro photography is that the depth of field becomes very shallow when you’re very close to the subject. This shot of a starfish in microscope mode illustrates the problem quite well. The arms closer to the camera are in focus, but the far side is slightly blurred. 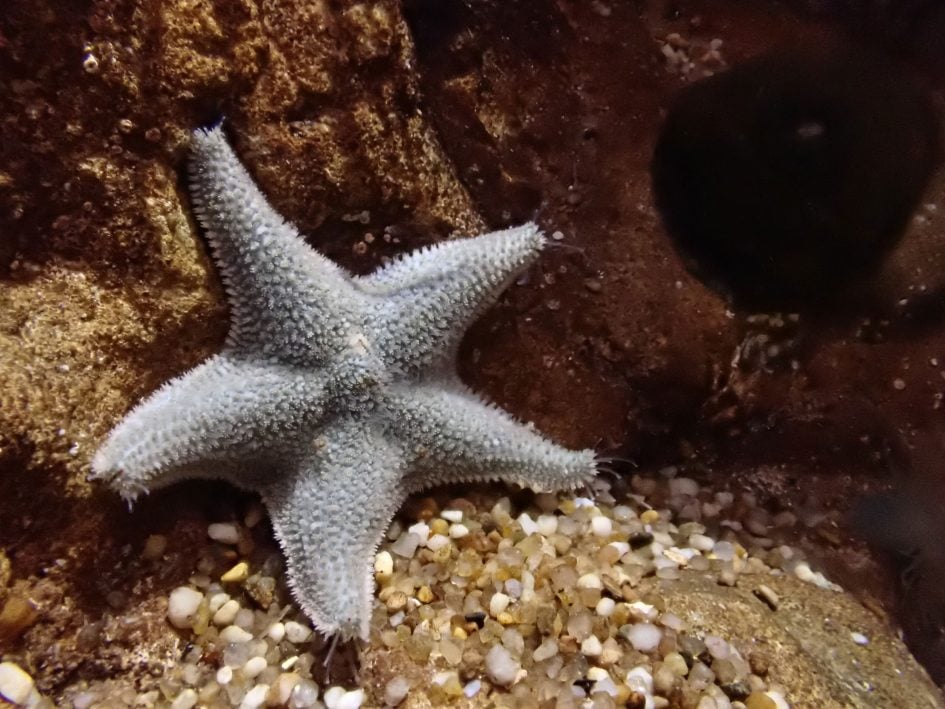 Here’s the same shot using stacked focus. The whole of the starfish is now sharp, but unfortunately there are some other problems. The main one for me is that the composition looks slightly different and I think this is possibly a consequence of me having moved the camera slightly during shooting. Olympus recommends that you use a tripod for focus stacking and obviously the subject needs to be stationary too. I’ve got good results hand-held out of the water, but for now at least, I think focus stacking underwater might be pushing your luck. That said, it’s great to now be able to use microscope mode for small water-based creatures and you can see more examples in my sample shots. 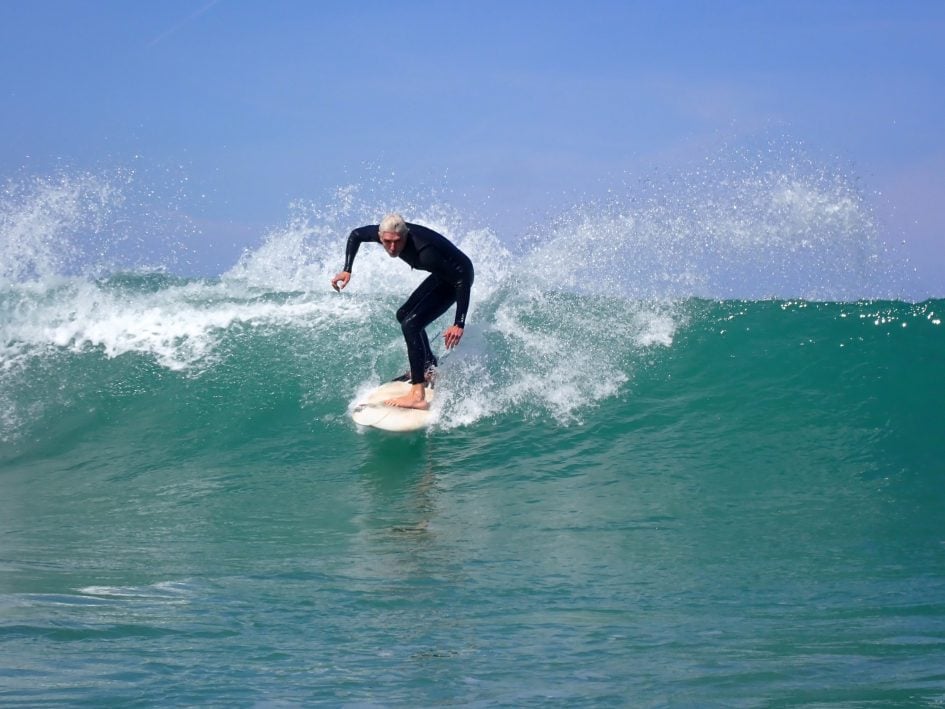 The TOUGH TG-6 has 3 AF area modes. In auto it selects from a 5×5 AF grid in the central area of the screen, you can select one of these manually and there’s also an AF tracking mode. For shots like this I found selecting the central AF area produced pretty successful results with a fair proportion of keepers. In these kinds of conditions the TG-6’s AF was consistently more reliable than the Fujifilm Finepix XP140. 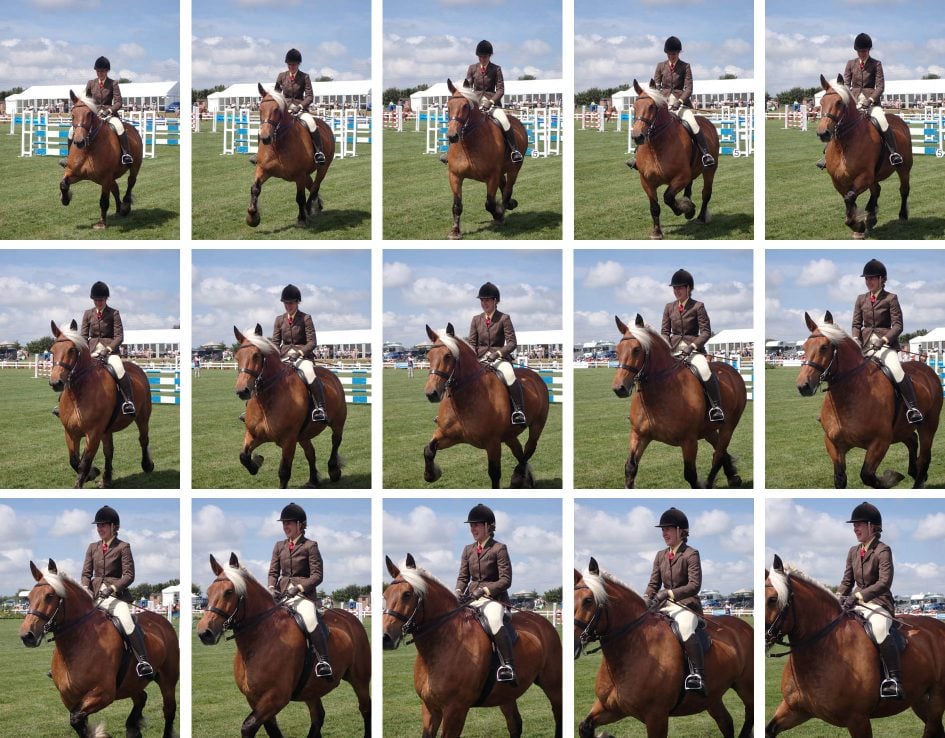 The TOUGH TG-6 inherits the fast continuous shooting modes of its predecessor with a 20fps speed plus the 10fps Pro Capture feature. All the continuous shooting options fix focus on the first frame. Pro Capture buffers the first five frames when you half press the shutter which provides you with half a second of action prior to the decisive moment when you fully depress the shutter release. As before you can shoot RAW in the sequential and Pro Capture modes. Above is a 15-frame segment from the middle of a 50-frame sequence I shot in Pro Capture mode. 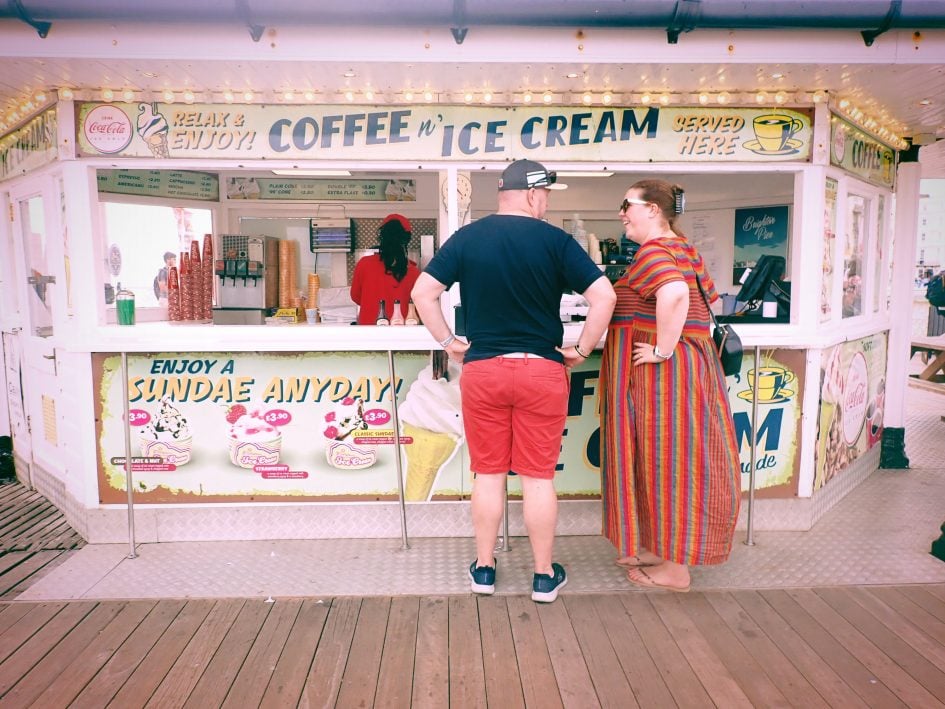 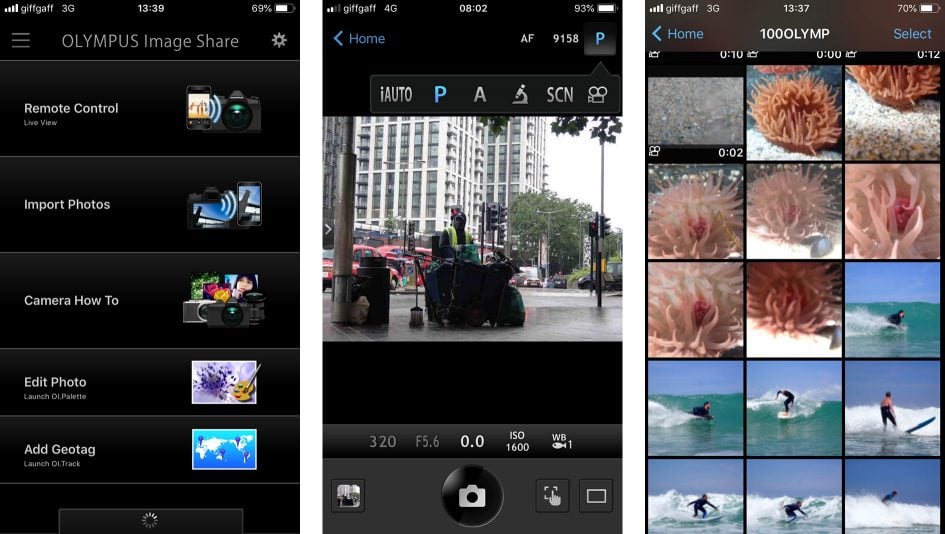 The TOUGH TG-6 features built-in Wifi which you can use to connect to a smartphone for picture sharing, GPS tagging and remote control. Using your phone you can remotely change the exposure mode between iAUTO, Program auto, Aperture priority, Microscope, and Scene mode without touching the camera’s mode dial. When you select movie mode the camera switches to 1080 / 30p mode with fine compression, regardless of its original movie settings, so there’s no remote 4K recording. The TG6 also lacks a Bluetooth connection for background downloading of images while you shoot, something which both the Fujifilm Finepix XP140 and Nikon COOLPIX W150 offer.

For this outdoor panning video clip and the others below I set the TOUGH TG-6 to its 108060p video mode with the stabilisation enabled.There’s a few things to note about this clip, the first is that the built in mic is quite susceptible to wind noise. It wasn’t noticeably windy, but the mic has picked it up and in attempting to suppress it has muted the ambient noise. The same thing happens during zooming – in trying to filter the zoom motor noise the fairground ride music is also cut out. Secondly, during the zoom the autofocus wanders a bit and takes a second or two to sort itself out. The Lumix TOUGH TG-6 can also of course shoot 4k UHD video and you can see a TOUGH TG-6 4K video sample on Vimeo.

The quality of this indoor panning shot looks good with no noticeable noise. The stabilisation works well and the white balance is spot on, but the TOUGH TG-6 has overexposed a little, losing some of the interior ambience.You can see a TOUGH TG-6 4K video sample on Vimeo.

Here’s a movie shot in underwater macro mode, which automatically sets the white balance to the TOUGH TG-6’s shallow water settings. I think the colours look very strong in this clip and close to the scene as I viewed it from the surface. If the framing doesn’t look great, that’s because it’s almost impossible to see the screen when you’re above the surface filming with the camera below it, but that’s a problem all waterproof compacts suffer from.

Finally, here’s a 1080p clip shot in the TOUGH TG-6’s 120fps slow motion mode, which plays back at 30fps and one quarter speed.

Check prices on the Olympus TOUGH TG-6 at Amazon, B&H, Adorama or WEX. Alternatively get yourself a copy of my In Camera book or treat me to a coffee! Thanks!
Pages: 1 2 3 4 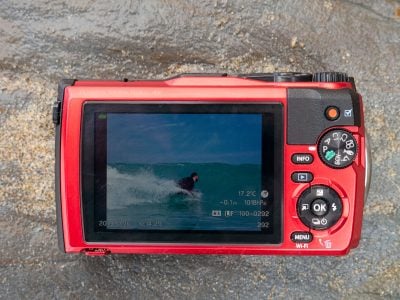 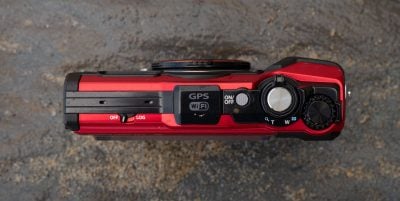 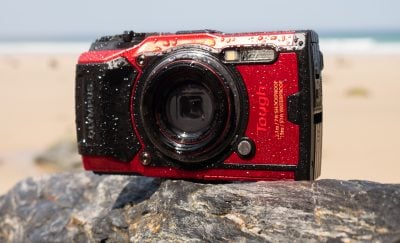