The Olympus PEN F is a rangefinder-styled mirrorless camera with a stabilized 20 Megapixel sensor and a built-in EVF. Sharing design cues from the original Olympus PEN film camera from the 1960s, it's the first digital PEN to feature a built-in EVF. The flat-topped body inherits much of the earlier OMD EM5 II including its built-in stabilisation, 3in fully-articulated touch-screen, 1/8000 shutter and composite mode which generates 50 Megapixel JPEGs thanks to the higher resolution sensor.

Check prices on the Olympus PEN F at Amazon, B&H, Adorama, or Wex. Alternatively get yourself a copy of my In Camera book or treat me to a coffee! Thanks!

The Olympus PEN F is a rangefinder-styled mirrorless camera with a stabilized 20 Megapixel sensor and a built-in electronic viewfinder. Launched in January 2016, it shares a number of design cues from the original Olympus PEN film camera from the 1960s, but unlike the existing PEN series, the new PEN F is the first to feature a built-in EVF. In this respect it’s like a cross between the existing PEN and OMD ranges and if successful, may spawn a new series for the company. The flat-topped body inherits much of the earlier OMD EM5 Mark II including its excellent built-in stabilisation, 3in fully-articulated touch-screen, 1/8000 mechanical shutter, silent e-shutter up to 1/16000, 10fps shooting, and composite mode which captures eight images in a burst to generate a higher resolution image with less colour moire. Like the EM5 II, this mode works best with static subjects shot from a tripod, but under the right conditions can capture finer detail than a single frame. Since the PEN F starts with a higher resolution 20 Megapixel sensor though, the composite mode now generates larger 50 Megapixel JPEGs. The new sensor is likely to be the same as Panasonic’s GX8 and gives the format an important boost in marketing numbers, although in my GX8 tests there was little difference between 16 and 20 Megapixels. I should also add in marketing terms it remains the lowest resolution of its latest rivals.

The electronic viewfinder shares the same XGA / 2.36 Million dot panel as the latest OMDs, but opts for the lower 0.62x magnification of the EM10 II rather than the 0.74x of the EM5 II. The PEN F also inherits the EM5 II’s Full HD movie modes which means it continues to lack 4k video despite almost certainly sharing the same sensor as the GX8. Fans of the EM5 and EM1 will also miss their weather-sealing and the handy 2×2 control switch, although there is a new front dial inspired by the original PEN F for direct access to the creative modes including the new colour and monochrome profiles. The PEN F is expected at the end of February for a body-price of $1199 USD / 999 GBP which means it faces tough competition. Read on for my first impressions. 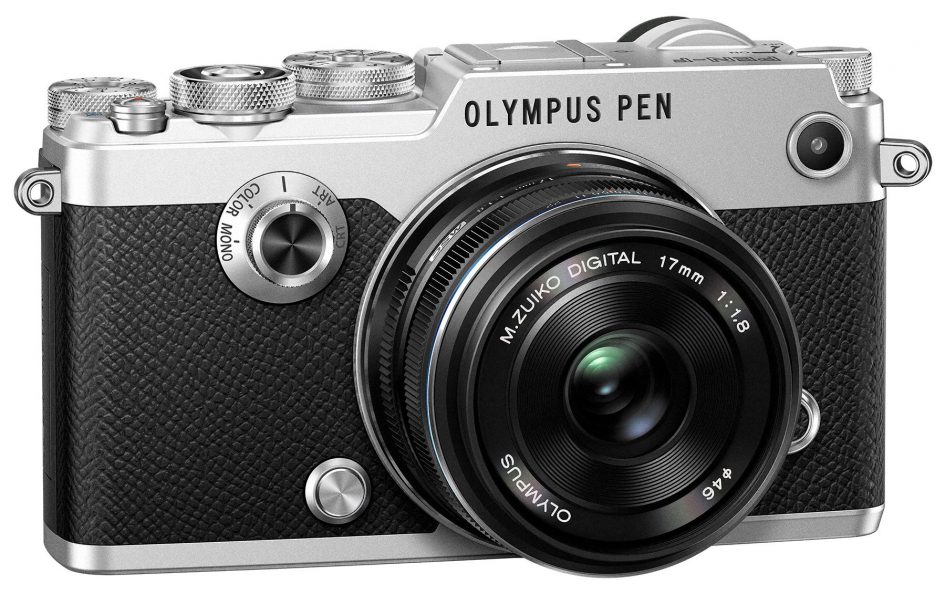 The PEN F once again proves Olympus is a master at the tricky balance of retro-styling and modern features. It does after-all have a wonderful heritage to gain inspiration from, in this case the half-format PEN F film camera from the 1960s. And on the surface, the new digital PEN F delivers what fans of that series have always wanted: a built-in viewfinder.

Indeed by squeezing an EVF into the flat-topped, rangefinder-styled PEN body and updating it with most if the latest technology from the OMD EM5 Mark II not to mention a higher resolution sensor, the PEN F would seem to tick all the boxes. And there’s no denying it’s an attractive camera with some nice features, but upon second glance you can’t help but notice there’s not much beyond the actual exterior design that’s truly new.

Sure the sensor resolution is a first from Olympus, making it the company’s first Micro Four Thirds body with 20 Megapixels, but it’s almost certainly the same sensor deployed in the Panasonic Lumix GX8 which sadly lacks embedded phase-detect AF and in my resolution tests recorded barely any extra detail over earlier 16 Megapixel models, especially with typical kit zooms. While Olympus is limited by what sensors it can source, I personally feel better continuous AF is an area it needs to address before a pointless hike in resolution – after all, each of its APSC rivals not only have larger sensors but options with embedded phase-detect points for far superior continuous AF. It’s also revealing to note there’s still no 4k movie recording here (outside of a timelapse option), despite the Lumix GX8 offering it with what’s probably the same sensor; this in turn points to a limitation in the Olympus image processor, or a simple disinterest in video. Reinforcing this is the absence of an external microphone input.

I’m pleased to find a fully-articulated screen and while Olympus has long been a believer in touch-panels, it’s still worth commending them for continuing with this technology when many do not. The viewfinder is great quality, but I’m a little saddened to find the magnification is lower than the EM5 II. I’m even sadder there’s no weather-sealing. Indeed while the PEN F has the articulated screen, composite mode and IS system of the EM5 II, the lower viewfinder magnification and lack of weather-sealing makes it feel more like the comfortably cheaper EM10 II.

For me this is a big issue for the PEN F, as it carries the price tag of a high-end model and likes to present itself as such, and yet many of the features feel distinctly mid-range. This wouldn’t be a problem at a lower price, but for $1199 USD / 999 GBP, I feel it should be more like the EM5 II which, with the benefit of being out for a year, now costs 200 bucks less than the PEN F’s launch price. Now Olympus may have performed miracles with the 20 Megapixel sensor, but if it ends up being like the GX8 there’s little benefit to those extra pixels, so for this kind of money the EM5 Mark II remains the better bet in the range. See my Olympus OMD EM5 Mark II review for more details. Or if you want much of the Olympus goodness at a lower price point, consider the lovely OMD EM10 Mark II. Both are favourites of mine.

Looking outside Olympus there’s also lots of compelling alternatives for the same money or less which all feature flat-topped designs with built-in viewfinders. Costing the same from Panasonic is the GX8 which shares the 20 Megapixel sensor and while the built-in IS isn’t anywhere near as good, you do get 4k video, weather sealing and a mic input; I also suspect the PEN F will also force the price of the GX8 down. See my Lumix GX8 review for more details.

Then there’s Fujifilm’s new XE2s which may lack built-in IS but has a larger APSC sensor with fantastic quality and a sprinkling of embedded phase-detect AF points for better continuous AF, all for $699 – yep, almost half the price. Or if you’re really into action, how about Sony’s A6000 which has a larger and more detailed APSC sensor, a wide array of phase-detect AF points that make it wonderful for tracking action, and while it also doesn’t have built-in IS, at $699 it again costs almost half the price but with a kit zoom thrown in too. See my Sony A6000 review for more details. 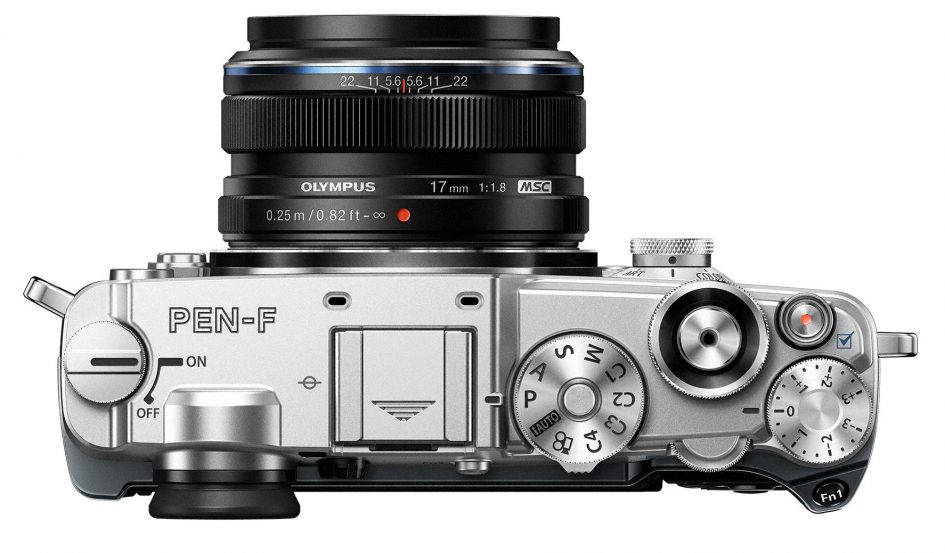 I remember the previous PEN flagship, the EP5 also coming-in at an ambitiously high price point and it would seem the PEN F is following the same strategy. It’s undoubtedly a nice camera to look at and to use too, but I feel the price is too high for the specification compared to rivals, including alternatives within the Olympus range. Unless Olympus can do things with the 20 Megapixel sensor that Panasonic can’t, then only truly new things here are the design and the front access to the new colour and monochrome profiles. If you love the design – and I suspect some will – then it may be worth the price, but again for my money there are more compelling options out there. 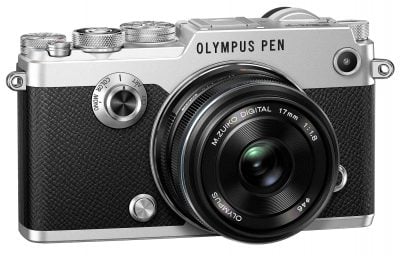 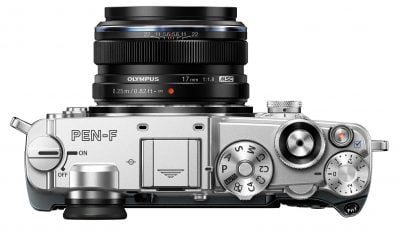