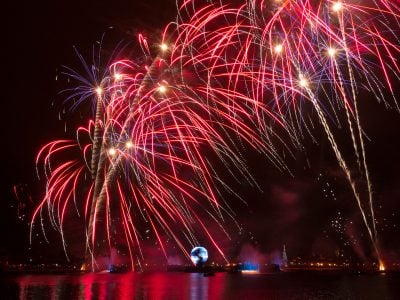 How to photograph fireworks

Firework displays can be spectacular but present a number of challenges to capture in-camera. In my simple guide I'll share my tips and techniques for photographing fireworks! 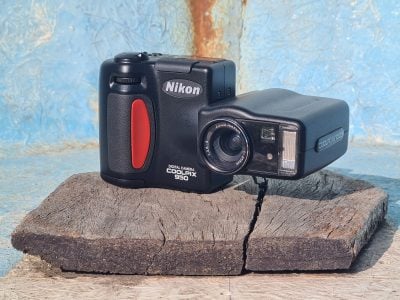 Back in 1999, Nikon launched not one, but two legendary digital cameras: the D1 DSLR and the COOLPIX 950. In this retro review I try out the 950 23 years later! 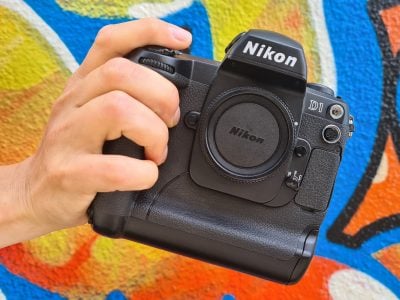 In 1999, Nikon launched the D1, the first DSLR the company entirely designed by itself. 23 years later I take this 2.7 Megapixel classic out for a retro review! 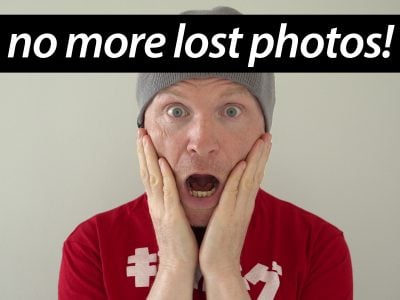 How to backup photos

In this article I’ll show you how I backup my photos, videos and other precious files, using a combination of portable drives and cloud storage. 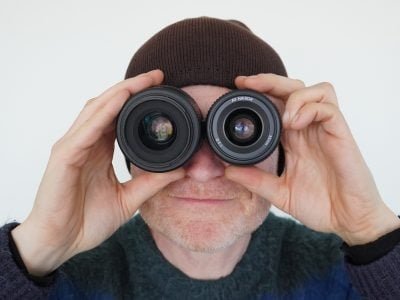 Best lens for a vintage DSLR?

Join me as I track down an ideal lens for Nikon's first DSLR, the D1! I narrowed my choices to a pair of older 35mm models and in this article and video I compare them head-to-head! 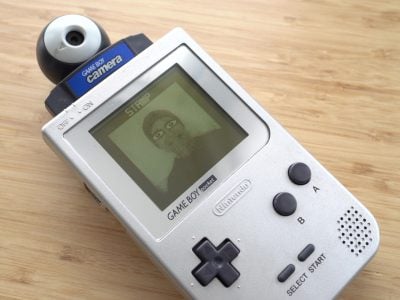 This retro review is dedicated to arguably the weirdest digital camera of the 90s, and certainly the most fun: it’s time to take a look at the Nintendo GameBoy Camera, 24 years later! 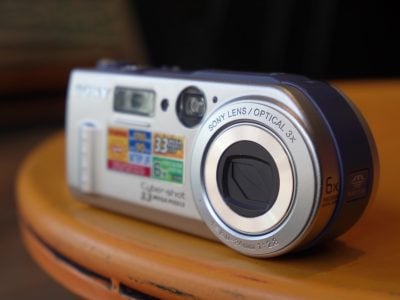 In the Year 2000, Sony launched the Cyber-shot P1, an impressively compact camera with 3.3 Megapixels and a 3x zoom that neatly folded into the candy-bar-styled body. In 2022 I take it out around Brighton for my latest retro review! 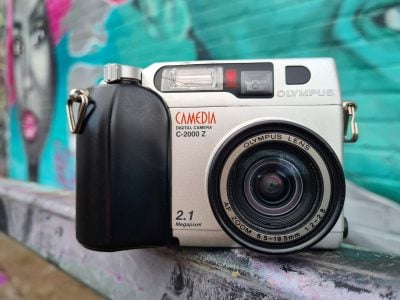 The Olympus C-2000 Z was a compact from 1999, featuring a 3x zoom, 2.1 MP sensor, and fine control over exposure. 23 years later I rescued a neglected sample from an antique shop and in this post will show you why it received rave reviews back in the day! 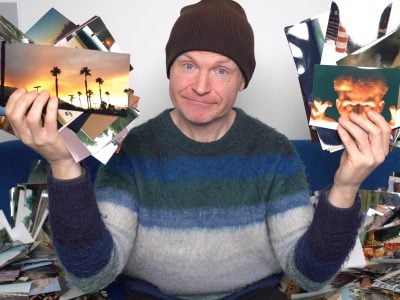 The renowned photographer Henri Cartier-Bresson famously said ‘Your first 10,000 photos are your worst’. Having just gone through my first decade’s worth - over 5000 prints - I’m inclined to agree. In this post I’ll share my journey and what that quote means in the digital World. 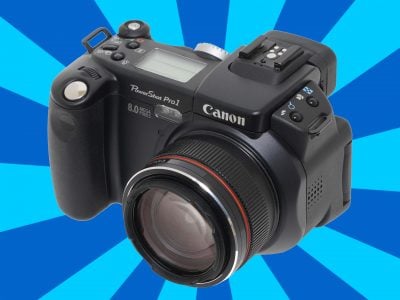 Canon’s PowerShot Pro1 launched in February 2004 as the pinnacle of its fixed-lens prosumer camera series, featuring 8 Megapixels, a flip-out screen, and the first PowerShot lens branded by the red ring of the flagship L-series. 18 years later I take it out for a retro review! 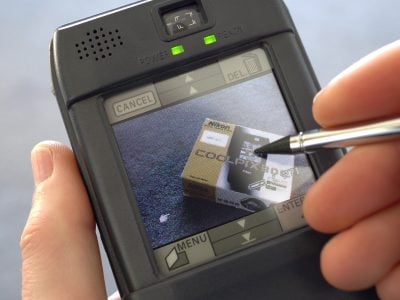 Launched in 1996, the Nikon COOLPIX 300 was more than just a digital camera. Sure it could capture 0.3 MP images, but also let you jot notes or record voice memos. In this retro review, I tried out the COOLPIX 300, 25 years after its launch! 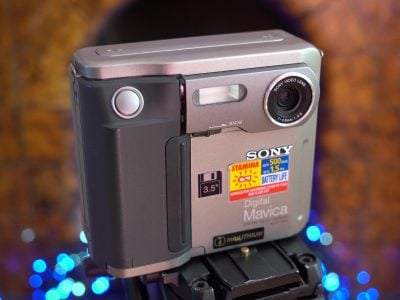 Back in 1997 Sony had a cunning plan: forget expensive cards, built-in memory or non-standard ports, the new Digital MAVICAs would record photos onto standard 3.5in floppies! 24 YEARS later I retro-review the first model! 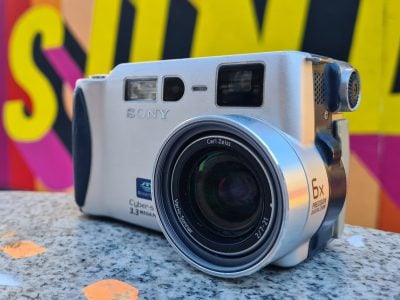 In early 2000, Sony launched the Cyber-shot S70, packing the latest 3 Megapixel sensor with a Carl Zeiss-branded zoom and a wealth of features at a price that undercut most rivals. It became my first digital camera and 21 years later I've powered-it up for my latest retro review! 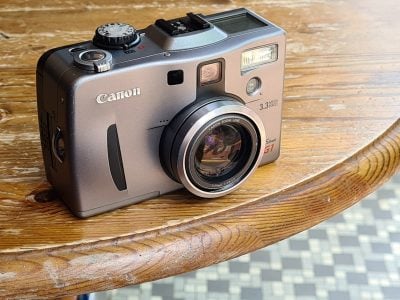 In October 2000, Canon launched the PowerShot G1, the first in a series of hugely popular cameras aimed at enthusiasts that continues over two decades later. Find out the story behind it 21 years later! 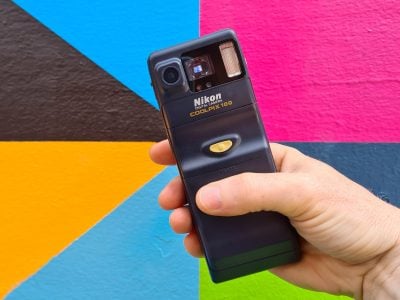 In 1996 Nikon entered the consumer digital camera market with the COOLPIX 100. It cost $500, had one third of a Megapixel and was built-into an industry-standard PCMCIA card, so you could simply slot the camera into a compatible laptop. 25 years later I review it once more! 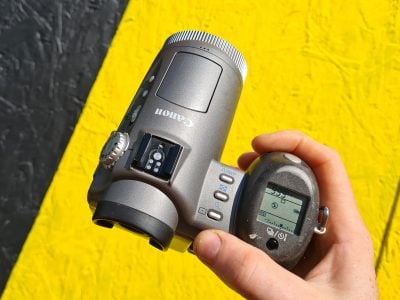 The Canon PowerShot Pro90 IS was a high-end super-zoom camera launched in 2001, sporting a 10x / 37-370mm equivalent range, and becoming Canon’s first digital camera to include optical image stabilisation! Find out how it performs 20 years later! The COOLPIX 900, launched in 1998, was Nikon’s third digital camera, but I’d argue their first aimed at photographers. 1.2 Megapixels, a 3x optical zoom, white balance presets and a cunning split-body, the 900 had it all! Find out why it was one of my favourites in my retro review! 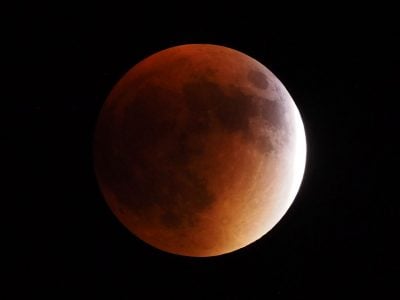 A Total Lunar Eclipse is one of Nature's most spectacular displays and a great deal easier to photograph than a Solar Eclipse, not to mention more frequent too. In my guide I'll explain how to photograph a lunar eclipse or blood moon! 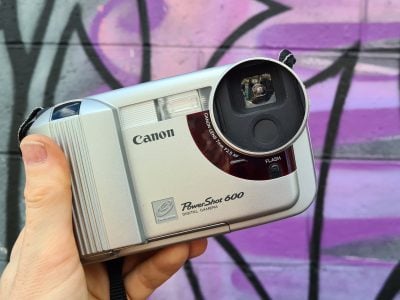 The PowerShot 600 was Canon’s first consumer digital camera, launched in 1996 and sporting a fixed 50mm equivalent lens, PC Card storage and half a Megapixel. In this episode of Dino Bytes, I’ll see how the PowerShot 600 compared to rivals at the time and how it performs 25 years later! 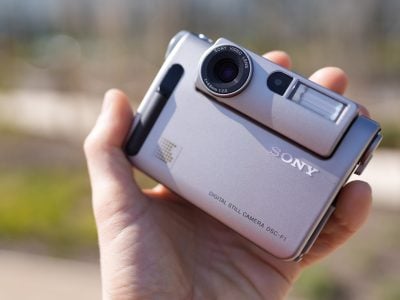 Sony launched its first consumer digital camera, the DSC-F1 in 1996. It boasted 0.3 Megapixels, 4 MB of built-in memory and a lens housing that rotated 180 degrees for comfortable waist-level shooting or selfies. Find out how it all began in my retro review! 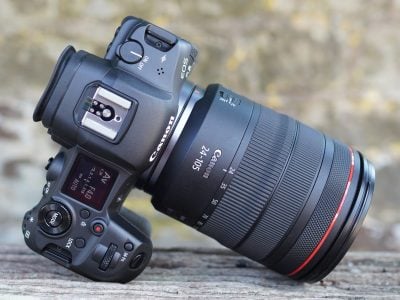 In March 2021, Canon released new firmware for the Canon EOS R5, R6 and 1Dx Mark III which brings a selection of updates. In this article and video I'll show you what's new! 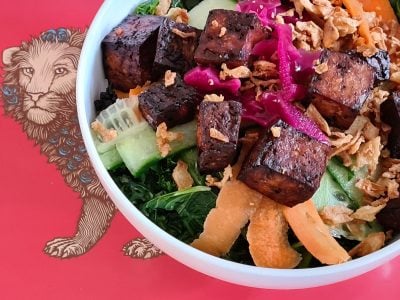 I love cooking and wanted to increase the number of vegetarian dishes for everyday family meals. Here are my favourites: quick, easy and very tasty!

It's that time of year when we're bombarded by bargain offers, so I've sifted through the deals to find the best buys on camera gear. So if you're shopping for a new camera, lens or accessory, check out my guide to the best deals this Holiday Season! PS - check back for updates! 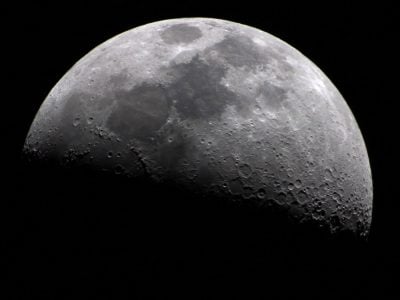 The Moon is one of my favourite subjects to photograph and in this tutorial I'll show you how to take great photos of it including exposure, phases, Earthshine and how to plan a Moon-rise with a landscape in the foreground!