Tamron's new 70-200/2.8 zoom is a very competent lens: It's almost up there with the best Nikon has to offer, even sometimes surpassing the new Nikon 70-200/2.8E VR in image quality. It offers a very effective image stabilization of almost 5 stops even if it could not suppress the mirror-slap of the D810 completely and has a fast and reliable AF. And as its price is almost half of what you pay for the Nikkor the new Tamron deservedly earns a Highly Recommended rating.

Check prices on the Tamron 70-200mm f2.8 VC G2 at Amazon, B&H, Adorama, or WEX. Alternatively get yourself a copy of my In Camera book or treat me to a coffee! Thanks!

The Tamron SP 70-200mm f2.8 Di VC USD G2 is a 2.9x telephoto full-frame zoom available in mounts for Canon and Nikon DSLRs. Announced in February 2017, it’s the second generation model from Tamron (hence the “G2” moniker) and identified by the A025 code compared to the A009 for the first stabilized version. Tamron has done a little bit of optical redesign to improve performance and get the lens to focus down to 0.95m. Add the usual claim of improved image stabilization, improved AF speed and precision plus compatibility with Tamron’s USB “TAP-in” console to fine tune various characteristics of AF and VC and it’s clear Tamron also wants more money for the new lens: 1300 USD or 1600 EUR (incl. 19% VAT) which is a mark-up of 30% over the current price of the first generation 70-200/2.8 VC.

So the question is: does the new lens deliver on its promises? To find out I tested the Tamron 70-200mm f2.8 VC G2 against my reference lens in this segment, the Nikkor AF-S 70-200mm f2.8E FL ED VR, and will also show you some comparisons with the older Tamron offering, all on the demanding D810 body. So if you’re shopping for a large aperture telephoto zoom, you’ve come to the right place! 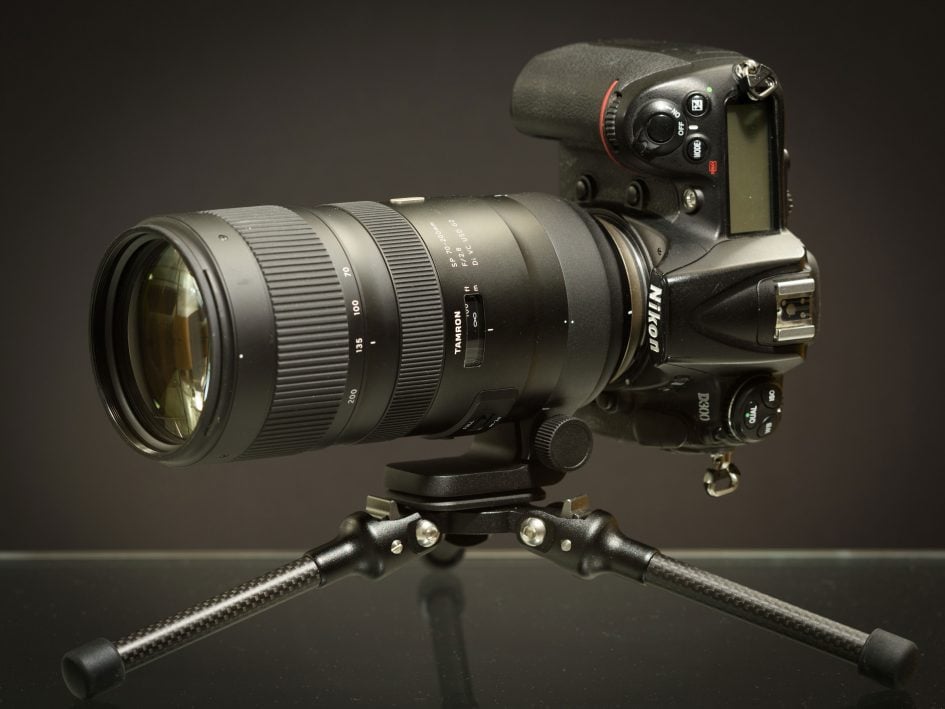 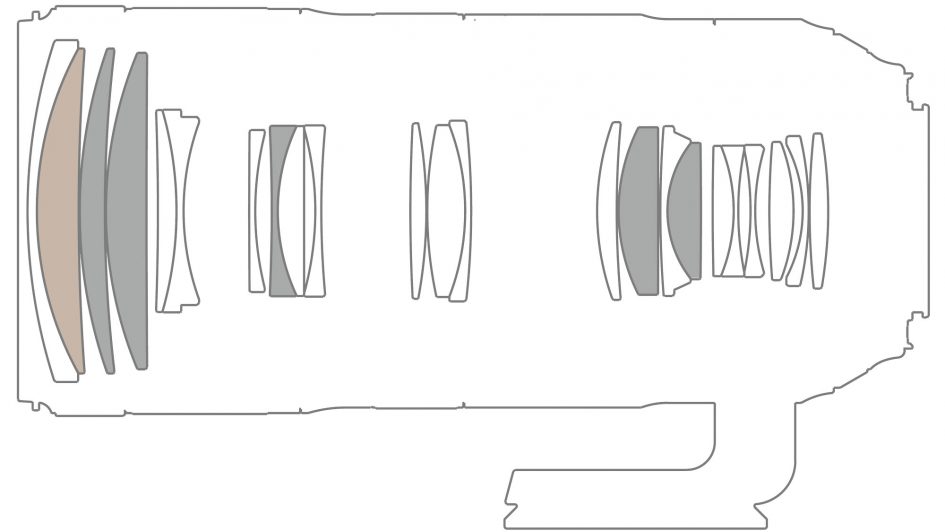 Optics: 23 elements in 17 groups, same as with the predecessor and in a pretty similar optical design. This is pretty hefty but par for the course: the Nikon has 22 elements in 18 groups. The lens has six (extra) low dispersion elements. It employs fluorine coating on the front lens to repel water, dust, and dirt plus Nano-coating to reduce flare and ghosting. [+]

Teleconverter: Tamron offers two teleconverters which were specifically designed for use with their new A025 and A022 models – which are currently the only listed compatible lenses. The TC-X14 transforms the G2 model into a 100-280mm f4.0 lens. It retains the minimum focus distance of 0.95m and increases the maximum magnification to 1:4.4. The tele converter has 6 elements in three groups and adds another 200g. The TC-X20 produces a 140-400mm f5.6 lens which will still auto-focus on any Nikon or Canon DSLR and offers a maximum magnification of 1:3. The competition offers tele converts too. [0]

Filter-thread: 77mm which is standard with most pro-lenses and the same as with its predecessor. [+]

Image Stabilization: Yes. It can be switched off and offers three VC modes: mode 1 = normal, mode 2 is recommended when tracking moving objects, mode 3 offers no stabilization of the viewfinder image but prioritizes the stabilization of the captured images. Mode 3 is said to have the greatest stabilizing effect. Tamron claims their VC yields 5 stops of stabilization in mode 3. Its predecessor offers “normal” and “active” mode. The competition also has image stabilization, dubbed “OS” with Sigma, “IS” with Canon and “VR” with Nikon. [+]

Auto Focus: USD (ultra sonic drive), so it also works on Nikon D3x00/5×00-bodies which don’t have an AF-drive built in. Manual-focus override is by simply turning the focus ring. Same with the competition. But the new Tamron allows you to alter the response to manual focus override with the USB TAP-in console from very sensitive to Off. The lens offers a focus limiter which can be set to “full” or “infinity – 3m” to limit hunting and the range can also be modified with the USB dock. [+]

Comes with a soft pouch and a removable tripod-collar that has an Arca-Swiss style tripod interface. The lens hood is included and reversible for transport, the lens caps are standard Tamron’s. When you use the built-in flash you can see the shadow of the lens hood at the bottom of the image from 70mm – 140mm focal length when the lens is focused to infinity. Without lens hood there is no shadow from the flash within the frame even at closest focus distance. [+]

Sealing: yes. A rubber grommet at the lens-mount and a rubberized front-end that acts as a seal when the lens-cap is attached. Plus there are other “leak proof” seals throughout the lens barrel. [+]

The score in the “features-department” is 0[-]/5[0]/9[+]. This is pretty good: The new lens has all the modern bells and whistles, reaches a decent magnification at close distances, and seems hardened well against the elements.

Here is the angle of view that the Tamron covers with its 2.9x zoom:

If you want something lighter with the same zoom range you can also go for one of the following stabilized 70-200/4.0 lenses: 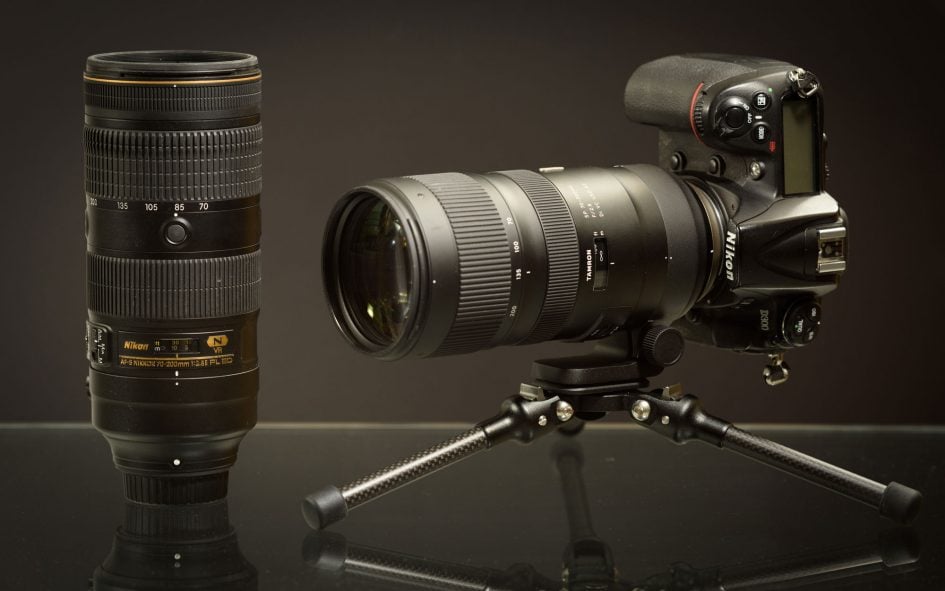 Focus accuracy and repeatability is critical to consistently produce sharp shots. Repeatability (the accuracy of focus on the same subject after repeated focus-acquisition) of this lens is very good (measured 99.0% in Reikan FoCal) with no outliers over a series of 40 shots. And there is no performance variation whether the lens focuses from infinity or from a closer distance. At 200mm focal length the lens focuses without hunting in around 0.4 sec from infinity to 2m, which is very fast. Unfortunately optimal focus fine-tuning needed a bit more than my Nikon D810 could provide in camera. So I had to use the USB-dock to set the optimal AF tuning value.

The focus ring has no slack/play between its movement and the focus-action and a throw of 130 degrees. Its rubberized surface is 17mm wide. The zoom ring turns through 60 degrees and has a 29mm wide rubber surface. Both rings are pretty stiff, at least fresh from the factory. They turn both in the same direction as Nikon users are used to and Tamron did also put the zoom ring at the front and the focus-ring closer to the camera. But this is the complete reverse of what Canon does e.g. with its EF 70-200mm 2.8 L IS II USM.

AF-operation is barely audible from the outside, and if you record video with the built-in microphone the AF-drive produces a slight hiss but there are no clicks at the start or stop of focus-movements. The VC-system is virtually silent both on the outside and when recording video. Very good!

To test the effectiveness of the image stabilization I did a series of 260 test-shots hand-held with the new Tamron at 200mm focal length. I tested with VC in mode 3 and mode 1 and shutter speeds were from 1/200 of a second down to 1/6 sec. Shots at 1/200 sec  with VC=OFF are used as reference of how good my hand-holding was at the time of the test and Reikan FoCal did the chore of evaluating the sharpness of all shots. All-in-all the results are very convincing. Here’re the details: at 1/200 sec and 1/100 sec VC in mode 1 or 3 has a clear advantage over VC=Off. At 1/50 sec (2 stops) and 1/25 sec (3 stops) the results with VC=On were roughly comparable to 1/200 sec with VC=Off. No significant differences between mode 1 and 3 could be seen in this range of shutter speeds. At 1/13 sec mode 1 had a pretty high risk of clearly blurred images while mode 3 produced results that were as usable as 1/200 sec with VC=Off. This is a 4 stop advantage from stabilization in mode 3 and a 3 stop advantage in mode 1. Continuing the test at 1/6 sec (5 stops) I can report that in mode 3 the chances to get a usable image is almost 1 out of 2 shots.

I did another series of 260 test-shots hand-held at 70mm focal lengths from 1/80 sec down to 0.4 sec. The benefits of VC were similar to the results at 200mm with mode 3 showing its merits at 0.2 and 0.4 sec, i.e. 4-5 stops of stabilization. This is one of the best results I’ve seen so far from image stabilization.

There’s also an interesting side-effect of mode 3: when the viewfinder image is not stabilized one tends to practice a better and more stable hand-holding technique because you can easily see how bad you shake otherwise. I commend Tamron on being so bold to forfeit stabilization of the viewfinder image completely in mode 3. If you don’t like it you can simply use mode 1 or mode 2. Btw.: Live-view and video capture are not stabilized in mode 3.

The only let-down with the image stabilization of my copy was a tendency to let the mirror/shutter slap of the Nikon D810 through at around 1/100 sec. Following is a series of three 100% crops from 1/160 sec on the left to 1/40 sec on the right shot handheld but with support:

Once could be coincidence, but I observed micro-blur at shutter speeds of around 1/100 sec on other occasions too. Tamron is looking into this issue but didn’t come back at the time of writing. Should this be a singular problem of my copy I’ll update this review.

Check prices on the Tamron 70-200mm f2.8 VC G2 at Amazon, B&H, Adorama, or WEX. Alternatively get yourself a copy of my In Camera book or treat me to a coffee! Thanks! 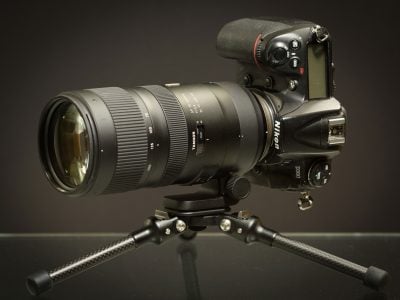 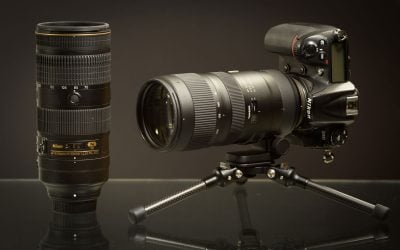