The 17-28mm f2.8 Di III RXD is Tamron's second native lens designed specifically for Sony's full-frame mirrorless E-mount bodies. From my tests Tamron's 17-28mm seems to follow in the footsteps of their 28-75mm f2.8 Di III RXD standard zoom: it offers a constant f2.8 focal ratio, is sharp to very sharp, shows very good resistance against flare and glare in challenging contra-light situations, and offers useful performance in close-up shooting. The lens is also pretty small and light. So light in fact that both the 17-28mm plus the 28-75mm f2.8 Tamron zooms together weigh only 1kg although they offer a constant f2.8 aperture throughout the zoom-range. And crucially you can get both at a price below that of Sony's FE 16-35mm f2.8 GM. What's not to like? Well, the 1.6x zoom range can feel pretty limited at times, the working distance at close-up shooting is a very short 6cm making it pretty hard not to throw a shadow on your subject and scare little critters away, and the full-frame corners are a bit soft when shooting at around 1-2m distance. But most of us want an ultra-wide zoom for more distant subjects where the Tamron excels, indeed equalling or even surpassing the sharpness of the Sony GM at times. So if you can live with the somewhat limited 1.6x zoom range, Tamron's second native E-mount lens earns a clear recommendation and becomes even more compelling when paired with the 28-75mm.

Check prices on the Tamron 17-28mm f2.8 Di at B&H, Adorama or WEX. Alternatively get yourself a copy of my In Camera book or treat me to a coffee! Thanks!

To find out whether the new Tamron 17-28mm f2.8 Di III rightfully earns a recommendation I tested it on the 42MP Sony A7R II body and compare it against the Sony FE 16-35mm f2.8 GM. So if you’re interested in how Tamron’s new wide-angle zoom lens performs, you’ve come to the right place! 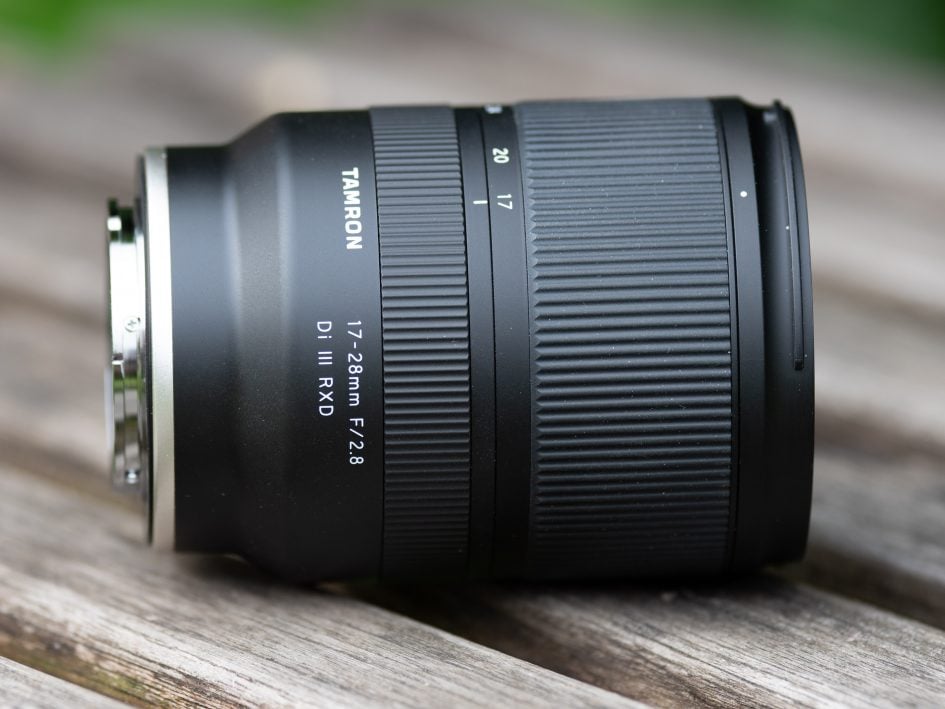 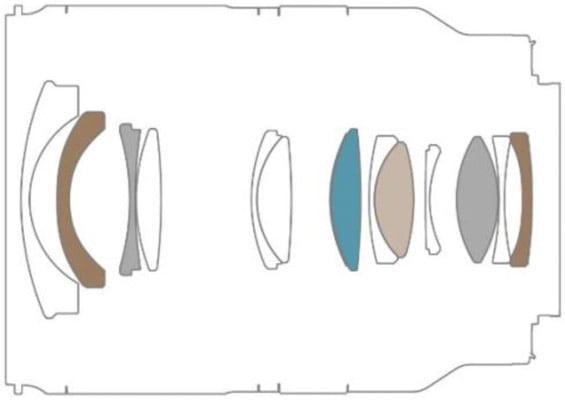 Filter-thread: 67mm which is much smaller and cheaper than the 82mm filters the Sony GM needs. The Sony ZA uses 72mm filters. [+]

Auto focus: Yes. Manual-focus override is by simply turning the focus ring. The focus ring has a variable gearing that allows for very precise manual focus when turned slowly. Unfortunately this makes smooth focus pulling for videographers pretty hard. The Sony GM has an additional focus hold button and offers a linear gearing. [+] 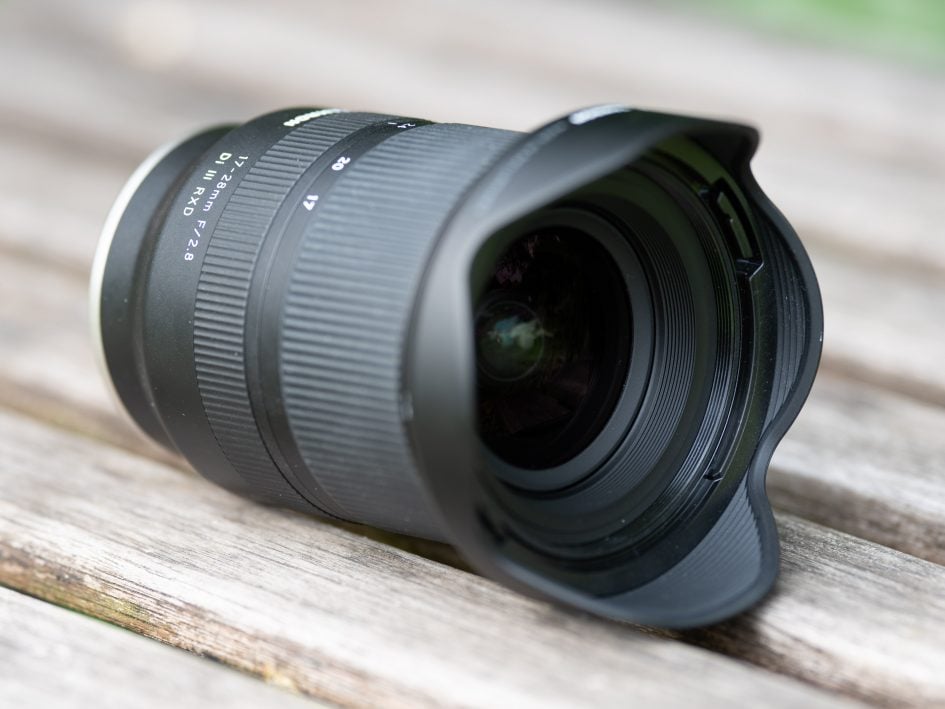 Comes without pouch/strap but the lens hood is included and reversible for transport. The Sony GM and ZA have a nice lens case. [0]

Sealing: yes, a rubber grommet at the lens-mount plus further weather-sealing throughout the construction and fluorine coating on the front lens for easier cleaning. Similar to the Sony GM and ZA. [+]

The score in the “features-department” is 0[-]/3[0]/9[+]. So the lens has a very good feature set. Especially noteworthy is its small size and weight considering its constant f2.8 focal ratio. Tamron touts that carrying both their 17-28/2.8 plus their 28-75/2.8 zoom lenses is less than 1 kg. Both lenses also have the same lens cap and filter size. But Tamron is giving up on zoom range which is only 17-28mm versus the more usual 16-35mm. So the Tamron’s narrowest angle of view is 75 degrees versus 63 degrees of the alternatives reaching 35mm focal length (see comparison of coverage below). 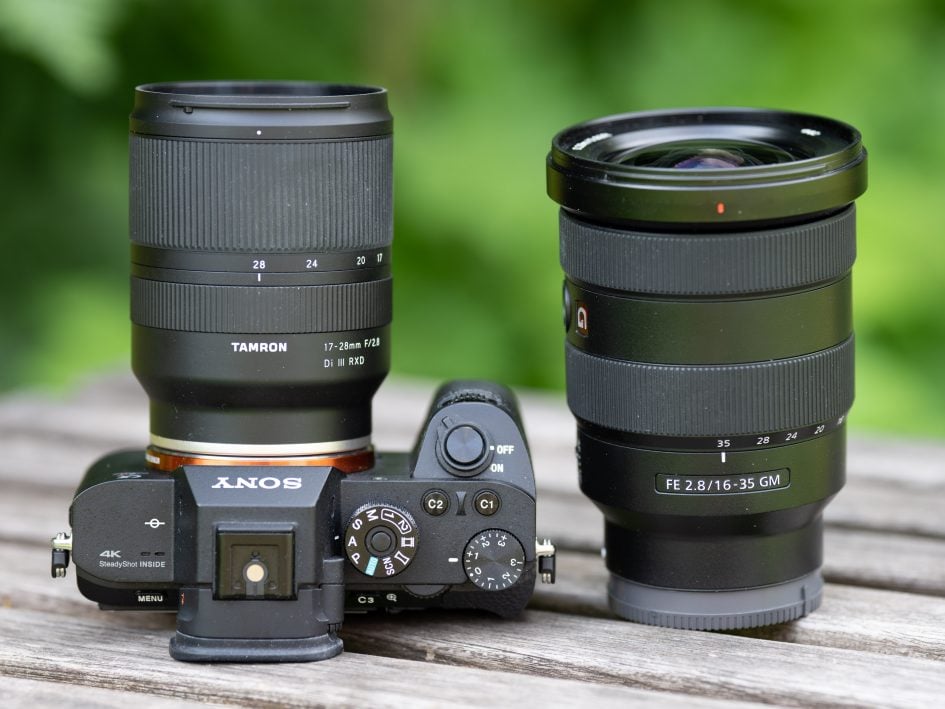 There is no exact match for Tamron’s new lens. But a classical alternative are 16-35mm zooms of which every big camera manufacturer has at least one version. They all have the added benefit of that extra 7mm (25%) reach:

Or you can go for ultra-wide angle zooms as an alternative:

With both ultra-wide angle zoom lenses you lose 4mm (15%) reach on the long end compared to the new Tamron. But for that you gain 10 degrees (Sigma) resp. 18 degrees (Sony) angle of view on the short end. And that extra coverage is very visible. Be aware though that due to the bulbous front element both ultra-wide zooms cannot use standard filters.

The Sony FE 16-35mm captures a visibly wider range with its 2.2x zoom:

Focus accuracy and repeatability is critical to consistently produce sharp shots. Repeatability (the accuracy of focus on the same subject after repeated focus-acquisition) of this lens at 28mm focal length is good (measured 97.2% in Reikan FoCal) with no outliers over a series of 40 shots on a A7R II. There is some focus variation with the lens hitting the (focus-) mark better when coming from a closer distance. At 28mm focal length the lens focuses quickly in around 0.5 sec from infinity to 0.38m (1:10 magnification). 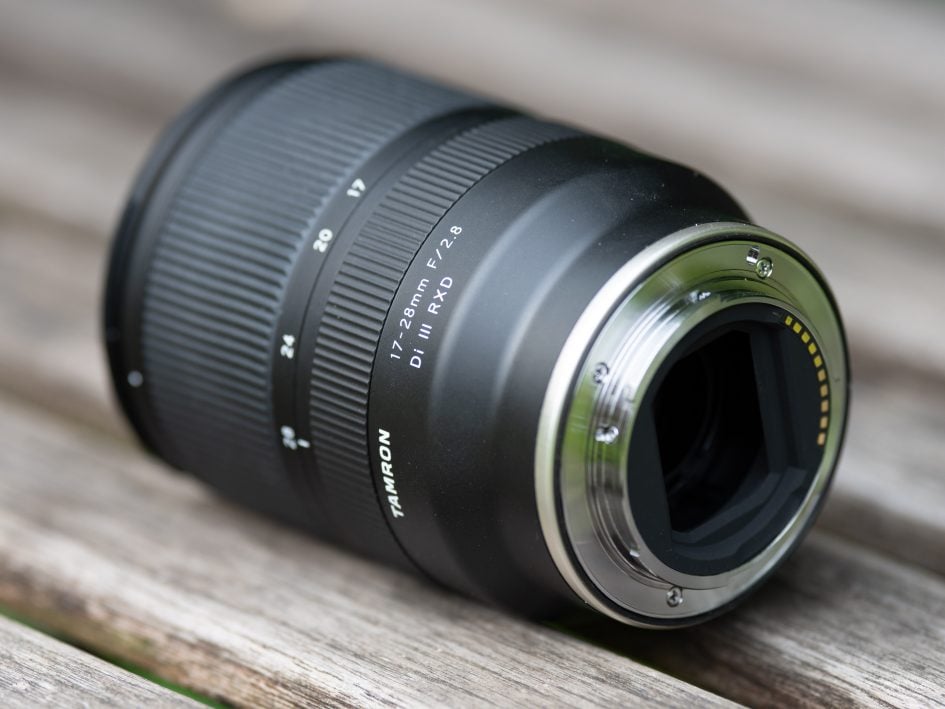 AF-operation of the new lens and image stabilization of the A7R II is inaudible from the outside and when you record video with the built-in microphone. As you pull focus, you’ll notice some focus breathing: the image becomes a little more magnified at closer focusing distances. When I adjusted the focus from infinity to 0.38m (1:10 magnification) on the new Tamron at 28mm focal length, I measured a 2% increase in magnification. The same test at 17mm focal length did only produce a 1% increase. So the new Tamron produces very little focus breathing when recording video. 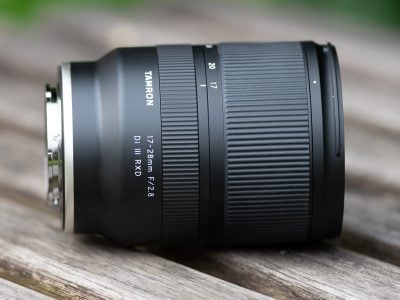 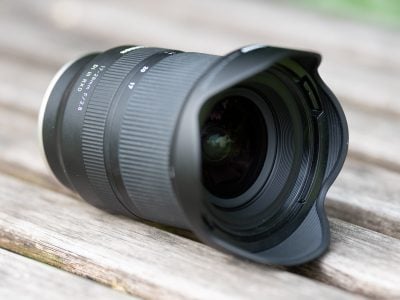 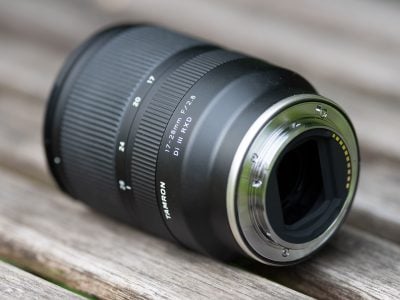