Sony's FE 85mm f1.4 GM is a high-end prime lens for its mirrorless cameras. The short telephoto focal length and bright f1.4 focal ratio make it ideal for portraits and the de-clickable aperture ring also makes it great for video work. The FE 85mm f1.4 also becomes one of Sony's first G-Master, or GM, lenses, boasting the company's best optical quality to date. The FE 85mm f1.4 GM delivers a clear step-up over Sony's budget FE 85mm f1.8 lens, as you'd hope for the additional price and weight: With its f1.4 focal ratio it collects 2/3 of a stop more light while being sharper across the frame and offering better Bokeh. Optically its only weaknesses are noticeable longitudinal color aberrations and a low resistance against flare, glare and ghosting. Compared to other f1.4 lenses it is relatively small and light and offers the additional features of a de-clickable aperture ring, a lockable lens hood and a focus lock button. This together with its thorough weather sealing supports Sony's high end claim of the G Master series. Unfortunately that makes the FE 85mm f1.4 GM three times as expensive as the Sony 85mm f1.8. But all in all the Sony FE 85mm f1.4 GM earns a Highly Recommended!

Check prices on the Sony FE 85mm f1.4 GM at Amazon, B&H, Adorama, or Wex. Alternatively get yourself a copy of my In Camera book or treat me to a coffee! Thanks!

Sony’s FE 85mm f1.4 GM (also known as the SEL85F14GM) is a high-end prime lens for its mirrorless cameras introduced in 2016. The short telephoto focal length and bright f1.4 focal ratio make it ideal for portraits but also useful for street photography or picking-out details in urban or natural landscapes. Its de-clickable aperture ring also makes it great for video work.

The FE 85mm f1.4 was one of Sony’s first G-Master, or GM, lenses, boasting the company’s best optical quality to date. To find out how the Sony FE 85mm f1.4 GM performs I tested it on the 42MP A7R II body against the Zeiss 85mm f1.4 Otus, the Sigma 85mm f1.4 Art, and Sony’s budget FE 85mm f1.8. So if you’re interested in which short-telephoto prime to choose, you’ve come to the right place! 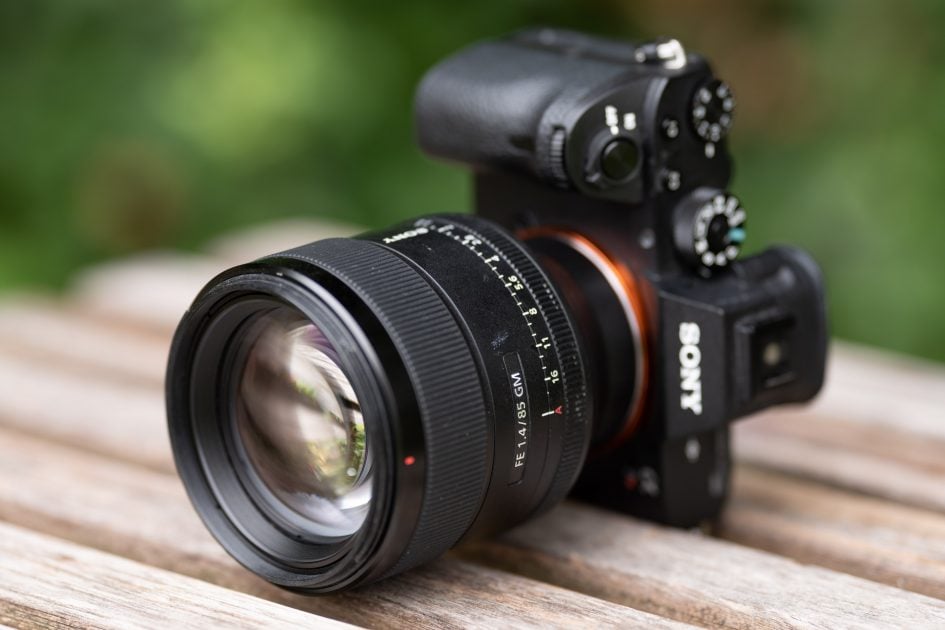 Optics: 11 elements (including 3 special dispersion elements and one aspherical element) in 8 groups. The Sigma Art has 50% more glass/air surfaces: 14 elements in 12 groups. [+] 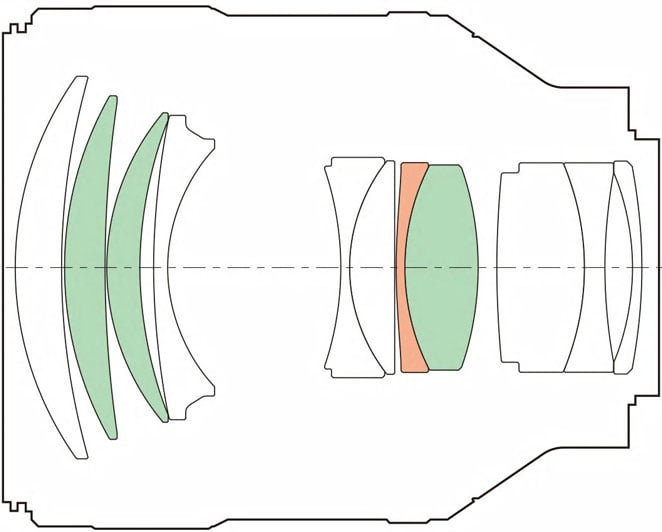 Auto focus: Built-in AF drive. Manual-focus override is by simply turning the focus ring. The focus ring has a variable gearing that allows for very precise manual focus when turned slowly. Unfortunately this feature cannot be switched to linear gearing which makes smooth focus pulling for videographers almost impossible. There’s a customizable focus-lock button on the barrel but no distance markings. Focus on the Sigma Art works differently: It has a direct linear coupling between the focus ring and the focus action and offers a display for focus distance and depth of field but no focus-lock button. [+]

Comes with a pouch and the lens hood is included. It is reversible for transport and has a locking mechanism to prevent it from accidentally falling off. The front-end of the lens hood is rubberized which prevents dinks from setting the lens down on the hood and also provides more grip on smooth surfaces. Same with the Sigma Art except the lens hood has no lock and no rubber font-end. [0]

Aperture ring: yes with 1/3 stop clicks. The lens has a switch to turn the clicks of so that the aperture can be operated continuously, smoothly, and noise-free. The Sigma Art has no aperture ring. [+]

Sealing: yes, a rubber grommet at the lens-mount plus further special weather-sealing throughout the construction, just like the Sigma Art. [+]

The score in the “features-department” is 1[-]/3[0]/8[+], the most distinguishing features of the lens being the de-clickable aperture ring, the lockable lens hood and the focus lock button. Plus it is relatively compact for an f1.4 lens and well protected against the elements. Its only drawback is the high price. 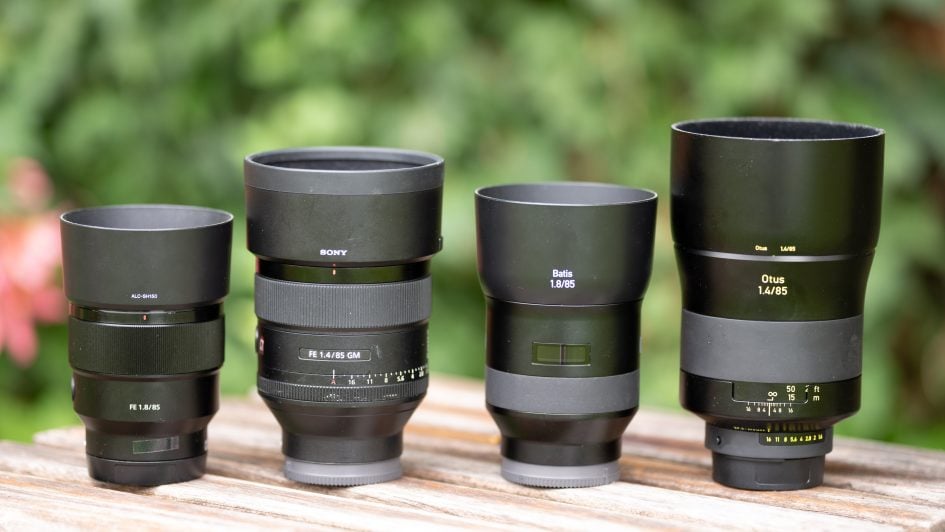 If you want a 85mm lens with E-mount, autofocus, and an f1.4 focal ratio there is just one alternative:

If you consider adapted or manual focus lenses, there are some other alternatives, e. g.: 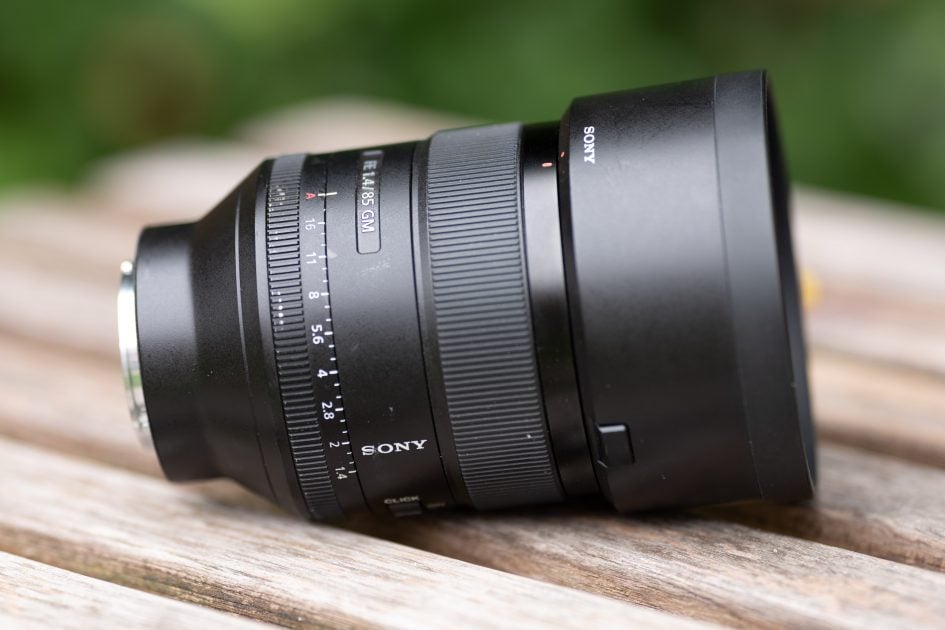 Focus accuracy and repeatability is critical to consistently produce sharp shots especially with large aperture lenses. Repeatability (the accuracy of focus on the same subject after repeated focus-acquisition) of this lens is relatively good (measured 96.2% in Reikan FoCal) with no outliers over a series of 40 shots. There is no focus variation whether the lens focuses from a closer distance or from infinity.

The lens focuses in around 1 sec on an A7R II from infinity to 1m (1:10 magnification), which is very slow. The Sigma Art is a little faster at 0.7 sec but that was measured on a Nikon D810. The focus/control ring is 20mm wide. It moves very smooth and can easily be operated with one finger.

AF-operation of the lens is barely audible from the outside and if you record video with the built-in microphone the AF-drive produces only a very slight sound. As you pull focus, you’ll notice some focus breathing: the image becomes more magnified at closer focusing distances. When I adjusted the focus from infinity to 1m, I measured a 13% increase in magnification. This is very visible and pretty distracting when shooting videos. The Sigma Art is the same. 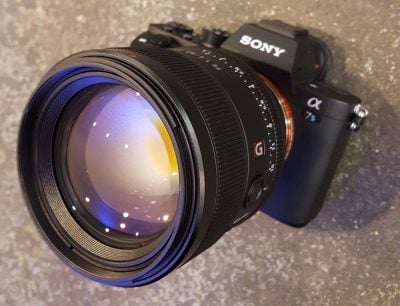