The Sony FE 35mm f1.8 is a very good addition to Sony's 35mm full-frame lenses: It surpasses both its 35mm ZA siblings in optical performance but stays small and light, and has a reasonable price tag. It may not have the Bokeh of some larger aperture alternatives and I wish it would have less field-curvature around the APS-C-corner. But the nice magnification with very usable quality in close-up shooting and the multi-function focus hold button add up to an attractive package and makes Sony's new 35mm lens well worth a recommendation.

Check prices on the Sony FE 35mm f1.8 at B&H, Amazon, Adorama or WEX. Alternatively get yourself a copy of my In Camera book or treat me to a coffee! Thanks!

The Sony FE 35mm f1.8 is a mild wide-angle prime lens for its Alpha mirrorless cameras. Announced in July 2019, it becomes Sony’s third native 35mm lens that’s corrected for full-frame bodies, but is priced at a more affordable level than the earlier FE 35mm f1.4 ZA. It’s pitched at a similar level to the existing FE 85mm f1.8 and while neither of these lenses are members of the G, G Master or Zeiss series, they deliver respectable results for the money.

The Sony FE 35mm f1.8 is one of the smaller and lighter models in the system, although not in the same portability league as the FE 35mm f2.8 ZA which sacrifices just over a stop in aperture and weighs only 120g. And like all of Sony’s FE lenses, the new one will also work on the APSC bodies, on which it’ll deliver standard 53mm coverage; APSC owners also have the option of the older E 35mm f1.8 OSS which is smaller, lighter, cheaper and includes optical stabilization, although it isn’t corrected for full-frame sensors. 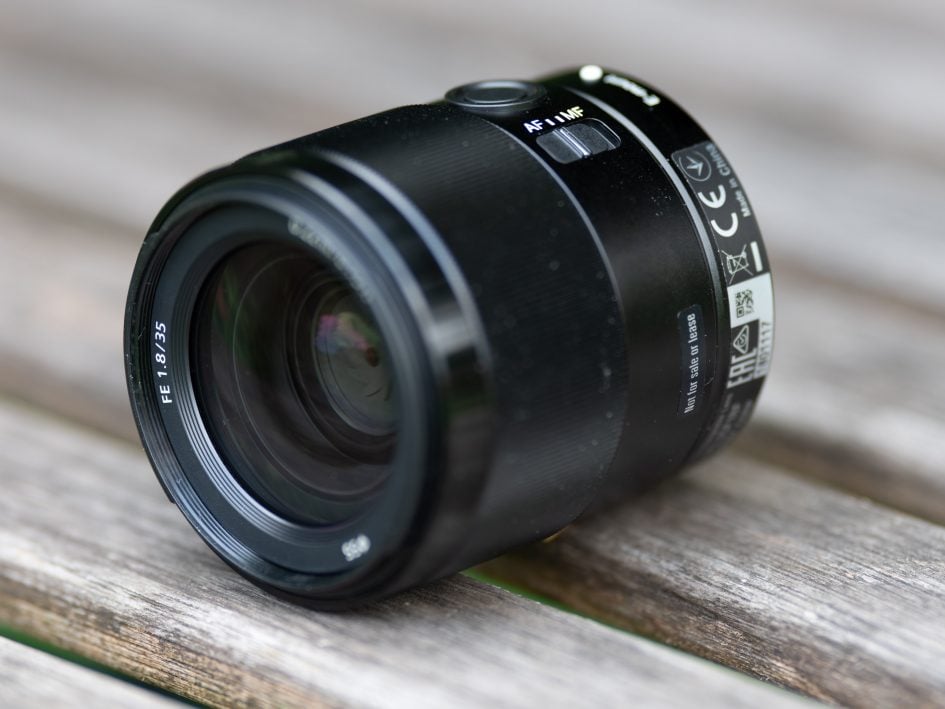 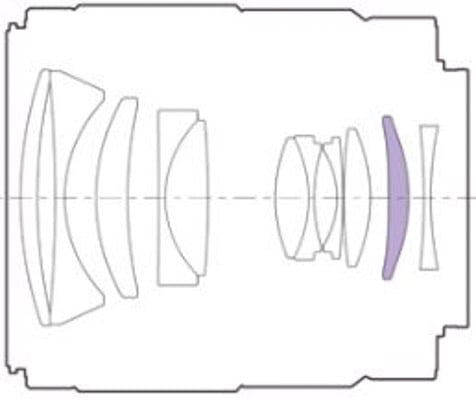 Image stabilization: No optical stabilization of the lens. The Sony A7 Mark II bodies onward provide built-in sensor-shift stabilization. Same with the other lenses in this comparison. [0]

Auto focus: Built-in AF drive. Manual-focus override is by simply turning the focus ring. There is a focus hold button which can be assigned other tasks in the camera menu (same on the Sigma). The focus ring has a linear gearing with a long throw of 130 degrees that allows for precise manual focus and makes smooth focus pulling for videographers easy. The other lenses have non-linear gearing which depends on the speed you turn the focus ring. As is usual with autofocus lenses for mirrorless systems all lenses in this comparison have no distance or dof markings. [+] 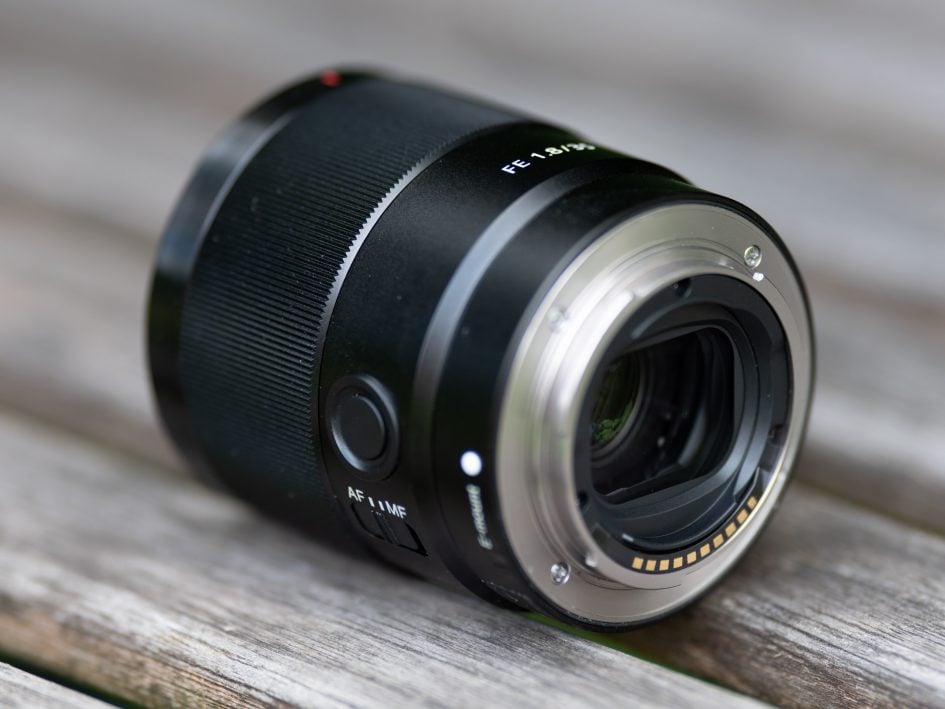 The Sony FE 35mm f1.8 comes without pouch but the lens hood is included and is reversible for transport. Same for the Sony f2.8. The Sony f1.4 and the Samyang come with a soft pouch, the Sigma with a nice padded lens case plus strap. [0]

Aperture ring: the Sony FE 35mm f1.8 has no aperture ring just like the Sony f2.8 and the Samyang. The Sony f1.4 and the Sigma both offer an aperture ring with 1/3 stop clicks which can be turned off for continuous, smooth, and noise-free operation. [0]

Sealing: The Sony lenses and the Sigma have special weather-sealing throughout the construction and on the lens mount. The Samyang is not specially sealed. [+]

The score of 0[-]/3[0]/9[+] shows that the Sony FE 35mm f1.8 has a pretty good feature set: It is small and light, reasonably priced, offers a nice magnification in close-up shooting, and has a multi-function focus hold button. 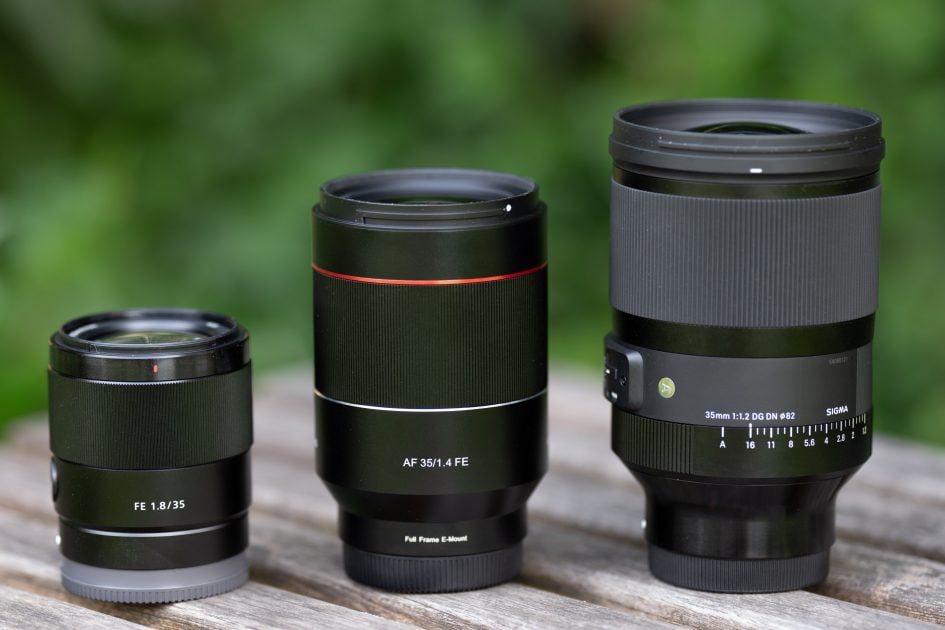 If you want a 35mm E-mount lens for a full-frame Sony mirrorless camera with an f1.8 focal ratio and autofocus then the new Sony FE 35mm f1.8 is the only game in town! For alternatives you either have to choose a different focal ratio, go manual focus, or make use of an adapter

Here are the alternatives with autofocus and E-mount but other focal ratios:

If you can do without autofocus there are some other options including three Samyang lenses (two geared for videographers), one Voigtländer, and a Zeiss Loxia: 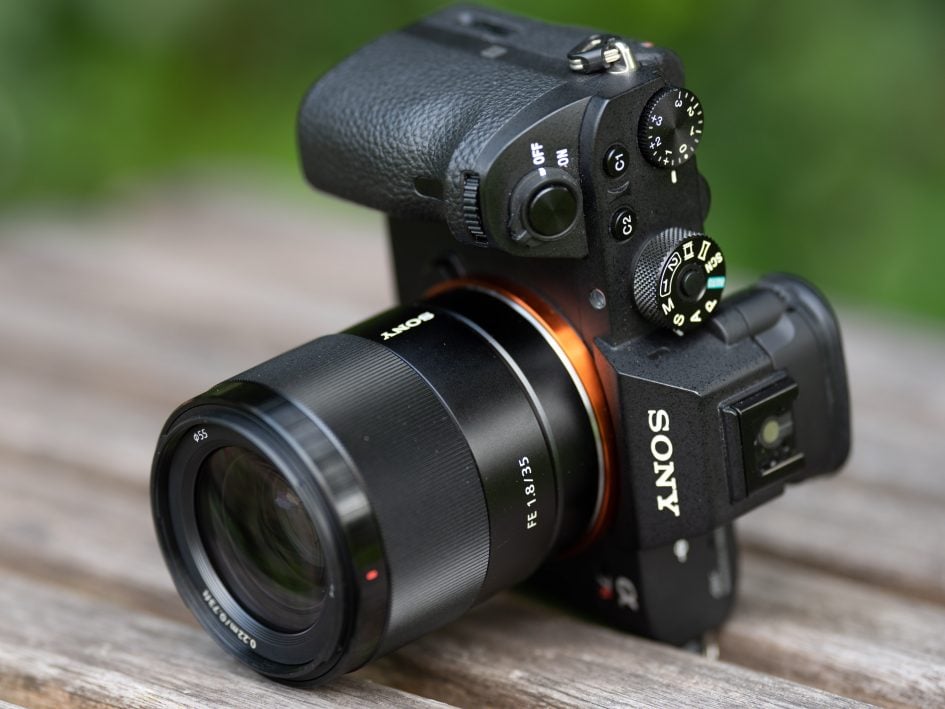 Focus accuracy and repeatability is critical to consistently produce sharp shots especially with large aperture lenses. Repeatability (the accuracy of focus on the same subject after repeated focus-acquisition) of this lens is very good (measured 98.4% in Reikan FoCal) with no outliers over a series of 40 shots. And there is only a little focus variation whether the lens focuses from a closer distance or from infinity.

The lens focuses in around 0.7 sec on a Sony A7R II from infinity to 0.43m (1:10 magnification), which is pretty fast and the same as the Samyang. The Sony FE 35mm f2.8 ZA and f1.4 ZA are faster at 0.5 sec, the Sigma is a bit slower at around 0.8 sec. The focus ring is 28mm wide. It moves very smoothly and can easily be operated with one finger just like all autofocus lenses designed for mirrorless cameras. Except for the Sigma where the focus ring needs quite some force and is not easy to operate with one finger.

AF-operation of the Sony lenses and the Sigma Art is inaudible from the outside or if you record video with the built-in microphone. The Samyang produces a low ticking noise. As you pull focus, you’ll notice only little focus breathing: the image of the Sony FE 35mm f1.8 becomes 1% less magnified when I adjusted the focus from infinity to 0.43m. This is hardly distracting when shooting videos. The Samyang is similar. Both Sony ZA lenses increase their magnification between 5% and 6% which is quite visible. The Sigma is at 3%.

Check prices on the Sony FE 35mm f1.8 at B&H, Amazon, Adorama or WEX. Alternatively get yourself a copy of my In Camera book or treat me to a coffee! Thanks!
Pages: 1 2 3 4 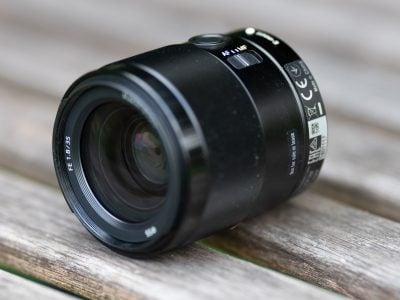 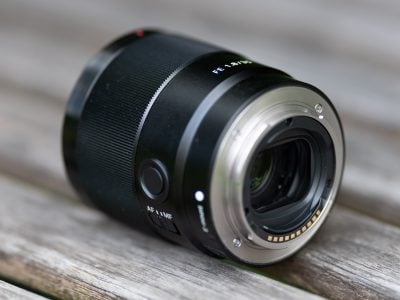 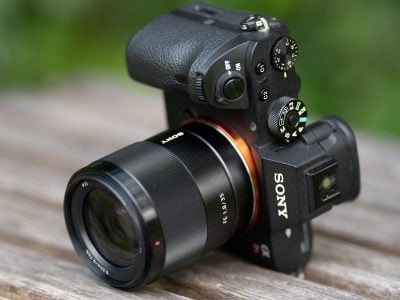