The FE 20mm f1.8 G is Sony’s widest prime lens covering full-frame sensors for their E-mount mirrorless cameras. But it is not without competition from Tamron (20mm f2.8 M1:2), Tokina (FiRIN 20mm f2.0), and Sigma (20mm f1.4 Art) even if you only consider lenses with autofocus. Judged on its own merits Sony’s FE 20mm f1.8 G looks like a very good performer. It produces very contrasty images across the full-frame (even against adverse contra-light) with very little coma and almost no color aberrations. Its focus reliability is excellent and it is hardened well against the elements. Plus it offers a de-clickable aperture ring and a multi-purpose focus hold button. Add to that a close-up magnification that goes well beyond the advertised specs and delivers very usable images even wide open with really sharp results from f4.0 onward. The only negative observation was an unexpected increase in vignetting when stopped down from f2.8 to f4.0. And that at the time of writing Adobe’s CRAW 12.2 converter and Lightroom 9.2 do not recognize the distortion compensation profile of the lens.

The Tamron 20mm f2.8 Di III M1:2 may not offer the bright f1.8 aperture of the Sony but it is smaller, lighter, and comes at less than half the price of the Sony. Plus it offers a maximum magnification of 1:2 which renders subjects at half their life-size – double that of what the Sony can do. Unfortunately this feature comes with an absurdly close working distance of only 3cm (1in.). Optically the Tamron matches the Sony in the center but is visibly softer once you look at the APS-C- or FF-corner. In my tests the Tamron focused much slower and less reliably than the Sony, hunting a bit around the point of sharpest focus. But overall its performance is well matched to it’s low price. So if you’re on a budget, prefer a smaller and lighter lens and the higher magnification at very close distances the Tamron 20mm f2.8 M1:2 is an alternative well worth considering.

The Sigma 20mm f1.4 Art is a typical DSLR design from 2015 which is now also available for Sony E-mount. This makes it a massive lens weighing almost three times as much as the Sony only part of which can be explained by its larger focal ratio of f1.4. The Sigma lens is also compatible with their USB dock for fine-tuning or firmware updates, and if you change bodies, you can pay to have the mount swapped for your new system. Regardless of the body though, you’ll have to make do without a standard filter-thread plus there’s no weather sealing at the lens-mount which seems a bit out of place for a lens targeted at professionals. In our test the Sigma earned our Highly Recommended rating but time has not been kind to the lens: modern optical designs from today – like the new Sony – moved the bar even further. So in my opinion the Sony is clearly the better choice for your mirrorless Alpha camera.

In my tests, the Sony FE 24mm f1.4 GM was a winner: sharp into the corners of a full-frame sensor, with good resistance against flare, glare and ghosting, and a nice background Bokeh too. The de-clickable aperture ring, focus lock button, and its thorough weather-sealing are a nice bonus which this lens shares with the new FE 20mm f1.8 G. But its f1.4 aperture makes it the larger, heavier, and more expensive lens of the two. Optically the FE 24mm f1.4 GM is just a tad softer towards the corners and shows more longitudinal CA but it has two big advantages over its smaller sibling: it collects 2/3 of a stop more light and it has the clearly nicer Bokeh. But then its longer 24mm focal length has a 10 degrees narrower angle of view which might well not be wide enough for your photographic purposes. But all in all the Sony FE 24mm f1.4 GM justifies its price and clearly earns a Highly Recommended!

The Sony FE 20mm f1.8 G is a very good wide angle prime lens for owners of Sony’s Alpha mirrorless cameras: it has a decent feature set including a de-clickable aperture ring and multi-purpose focus hold button plus its optical performance even surpasses the very good Sony FE 24mm f1.4 GM. This deserves a Highly Recommended! 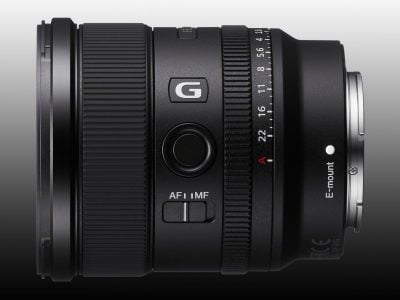 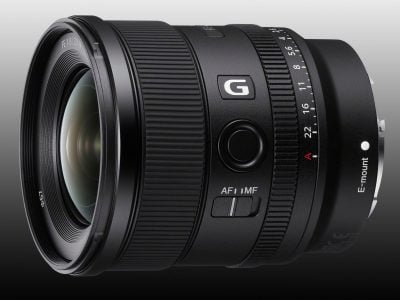