Sony's FE 16-35mm f2.8 G Master is a wide zoom for e-mount mirrorless cameras, and corrected for use on full-frame bodies. It offers good to very good optical quality and a useful 2.2x range which at 35mm almost reaches "normal" focal length for general use. This means you'll be swapping lenses less frequently than you would with more extreme ranges, like a 12-24mm or 14-24mm. It also offers a constant and bright f2.8 focal ratio in a package that is well protected against the elements and not too big or heavy - plus you can use standard filters albeit of 82mm in diameter. What prevents this otherwise excellent lens from earning a Highly Recommended though is its softer performance outside the inner image circle between 24mm and 35mm focal length which is not in line with the hefty price tag of well over 2000 EUR/USD. This weakness prevents the lens from achieving our top rating. But the Sony FE 16-35mm f2.8 GM still easily deserves a Recommended.

Check prices on the Sony FE 16-35mm f2.8 GM at Amazon, B&H, or Adorama, or Wex. Alternatively get yourself a copy of my In Camera book or treat me to a coffee! Thanks!>

Sony’s FE 16-35mm f2.8 G Master is an ultra-wide zoom for its e-mount mirrorless cameras, and corrected for use on full-frame bodies. Announced in May 2017, it completed a ‘trinity’ of Sony’s G Master lenses with f2.8 focal ratios, joining the earlier FE 24-70mm f2.8 and 70-200mm f2.8. The FE 16-35mm f2.8 GM also became Sony’s second lens, after the FE 100-400mm GM, to feature a floating focus mechanism which shifts two groups of elements simultaneously. This should allow the lens to delivery very high resolution throughout its focusing range, even close-up, while also reducing focus breathing. Both groups are also driven by Direct Drive SSMs for fast, quiet and smooth focusing. Finally, the front element has a fluorine coating, the body is weather-sealed, and there’s a focus hold button which can be customized within the camera. Meanwhile, Nano AR coating should minimize flare and ghosting.

To find out whether the Sony FE 16-35mm f2.8 GM rightfully earns a recommendation I tested it on the 42MP Sony A7R II body and compared it against the Tamron 17-28mm f2.8 Di III. So if you’re planning to get a constant f2.8 aperture wide-angle zoom lens for your full-frame Sony mirrorless body, you’ve come to the right place! 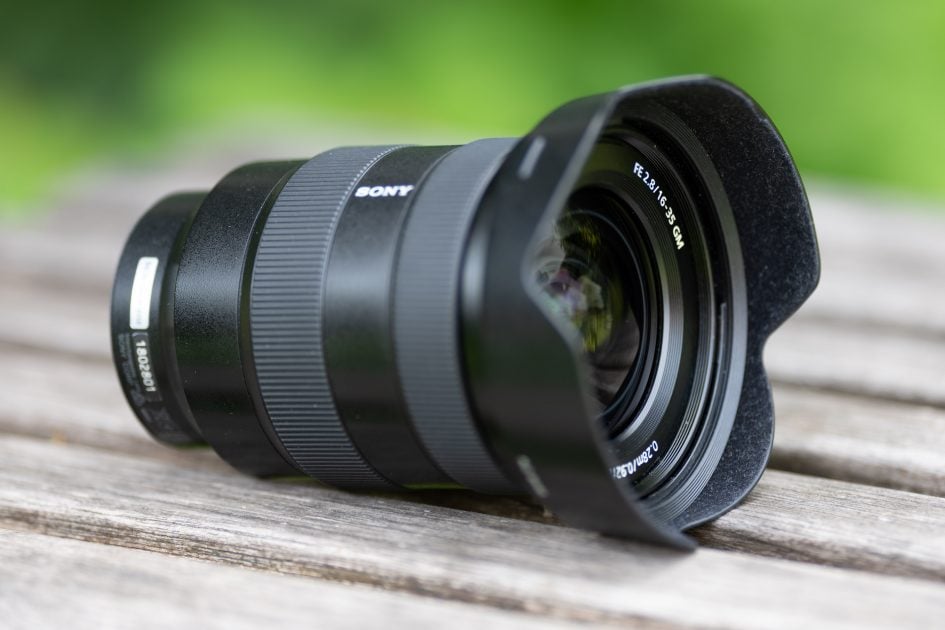 Optics: 16 elements (including 2 special dispersion and 5 aspherical elements) in 13 groups, a pretty complex design. The Tamron has 13/11 elements/groups similar to the Sony ZA (12/10). [+] 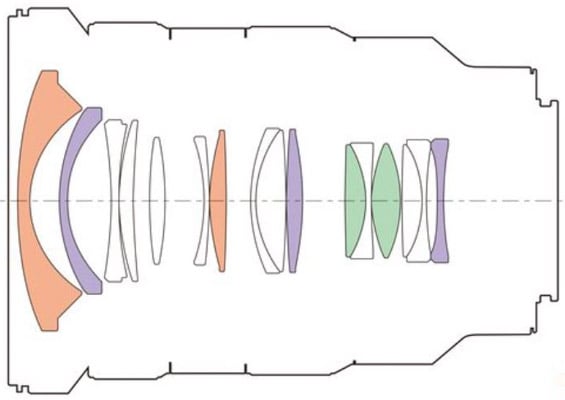 Filter-thread: 82mm. The Tamron uses 67mm filters which are much smaller and cheaper. The Sony ZA has a 72mm filter-thread. [0]

Auto focus: Yes. Manual-focus override is by simply turning the focus ring. The focus ring has a linear gearing with a throw of 140 degrees which allows for precise manual focus and smooth focus pulling for videographers. The Sony GM also has an additional focus hold button which can be customized within the camera. The Tamron has non-linear gearing. [+] 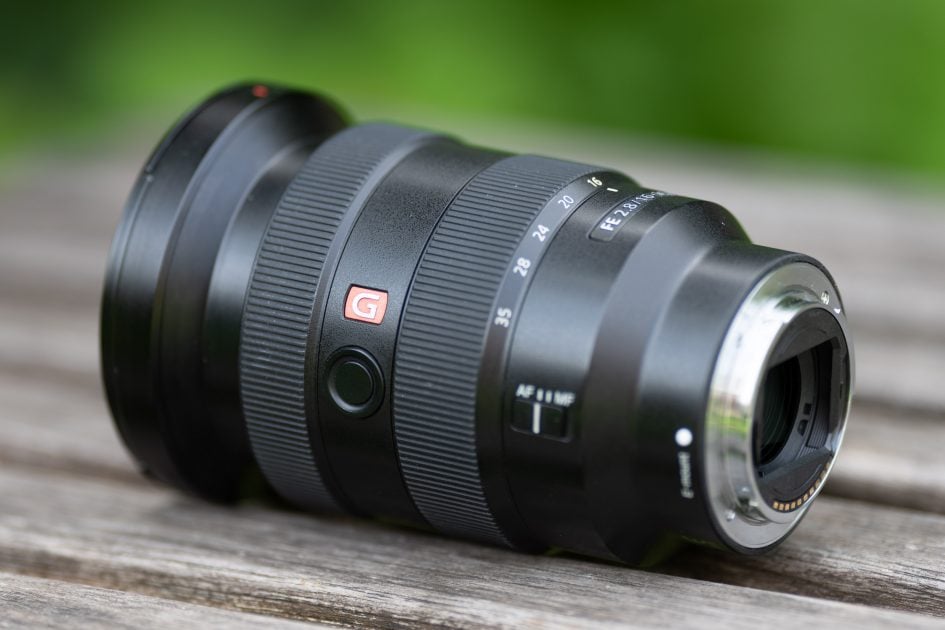 Comes with a nice padded lens case but without strap. The lens hood is included, reversible for transport, and has a lock to prevent it from accidentally falling off. The Sony ZA also has a nice lens case, the Tamron comes without pouch/strap. [+]

Aperture ring: No, just like the Tamron and Sony ZA. [0]

Sealing: yes, a rubber grommet at the lens-mount plus further weather-sealing throughout the construction and fluorine coating on the front lens for easier cleaning. Similar to the Tamron and Sony ZA. [+]

The score in the “features-department” is 0[-]/6[0]/6[+]. The lens has a very useful zoom-range at a constant f2.8 focal ratio and good weather sealing. The focus hold button, lockable lens hood, and nice lens case are welcome features too. But then the lens also costs a pretty penny. 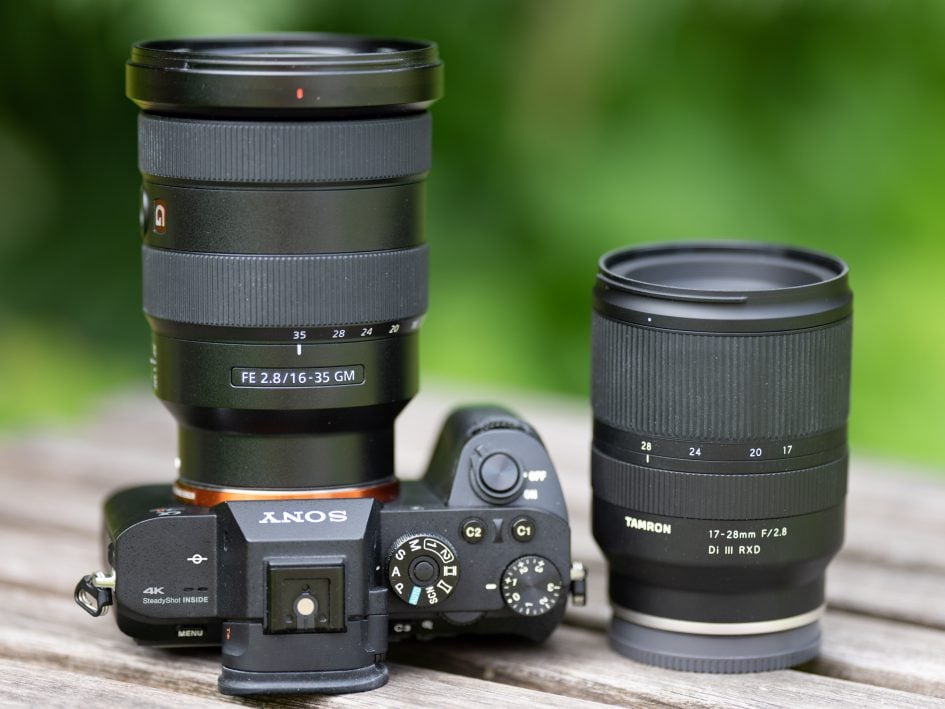 There is no exact match for the Sony FE 16-35mm f2.8 GM. You either have to pick a different zoom-range or go for a smaller focal ratio:

An ultra-wide angle zoom lens might be an alternative if you can give up some reach on the long end or simply complement it with a standard 24-70mm f2.8 zoom:

With both ultra-wide angle zoom lenses you lose 11mm (30%) reach on the long end compared to the Sony GM. But for that you gain 7 degrees (Sigma 14-24mm) resp. 15 degrees (Sony 12-24mm) angle of view on the short end. And that extra coverage is very visible. Be aware though that due to the bulbous front element both ultra-wide zooms cannot use standard filters.

Focus accuracy and repeatability is critical to consistently produce sharp shots. Repeatability (the accuracy of focus on the same subject after repeated focus-acquisition) of this lens at 35mm focal length is not so good: Reikan FoCal measured only 94.8% with a clear difference in resolution of about 10% with the lens hitting the (focus-) mark consistently better when coming from farther away. See the following 100% crops when focusing on the FoCal target at 1.6m distance:

On the left is a typical result when the lens was coming from 10m focus distance, on the right when it came from 0.8m. I also encountered this effect under real-life shooting conditions but it may be a singular problem of my copy. At 35mm focal length the lens focuses quickly in around 0.6 sec from infinity to 0.46m (1:10 magnification). 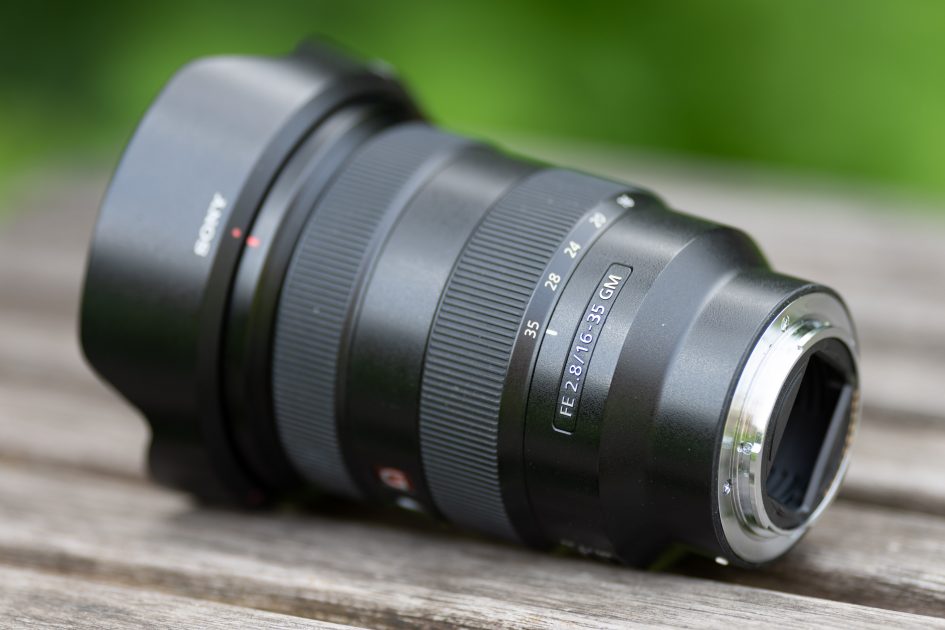 AF-operation of the Sony GM is inaudible from the outside and when you record video with the built-in microphone. As you pull focus, you’ll notice some focus breathing: the image becomes a little less magnified at closer focusing distances. When I adjusted the focus from infinity to 0.46m (1:10 magnification) at 35mm focal length, I measured a 5% decrease in magnification. The same test at 16mm focal length did only produce a 2% decrease. So focus breathing of the Sony GM might not be too annoying when recording video but the Tamron 17-28mm f2.8 Di III has even less. 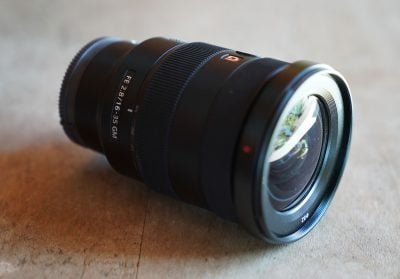