The Sigma 50mm f1.4 Art is without a doubt a very high quality standard lens with autofocus for Canon, Nikon, Leica L-mount or Sony full-frame cameras. You’d expect it to out-perform the cheaper Canon EF 50mm f1.4 USM and Nikkor 50mm f1.4G lenses considering it’s roughly twice the price, but the big surprise is how it also delivers better performance in most aspects than the Canon EF 50mm f1.2L USM and the Nikkor 58mm f1.4 and is neck-and-neck with Sony's FE 50mm f1.4 ZA despite both these lenses coming-in at almost twice the price. And if you’re a Leica L-mount owner, it’s a bargain compared to the 50mm options from Panasonic and especially Leica itself. When you also consider Sigma offers a service (paid) to switch mounts should you swap camera systems in the future, there really isn’t any reason not to get the 50mm Art if you can afford it. The only downsides are greater longitudinal chromatic aberrations than the more expensive rivals and the fact the body isn’t weather-sealed. So the Sigma 50mm f1.4 Art is a very good lens, out-performing models costing even twice the price. It sets a very high bar for price / performance ratio of 50mm f1.4 lenses and easily keeps our Highly Recommended award even several years after its original release.

Check prices on the Sigma 50mm f1.4 Art at Amazon, B&H, Adorama, or Wex. Alternatively get yourself a copy of my In Camera book or treat me to a coffee! Thanks!

The Sigma 50mm f1.4 DG HSM Art is a standard prime lens from 2014 designed for full-frame bodies and available in Nikon F, Canon EF, Sony E and Sigma mounts, with a Leica L-mount version arriving later in 2019. A 50mm lens delivers ‘normal’ coverage on a full-frame body and is ideal for general-purpose use, and becomes equivalent to 75mm on APS-C/DX camera bodies (80mm on Canon), making it ideal as a short telephoto for portraiture. Its bright f1.4 focal ratio is good for isolating the subject against a blurred background and is brighter by 2/3 of a stop than f1.8 lenses which allows for better background isolation and shorter shutter speeds and/or lower ISO values. The Sigma 50mm f1.4 Art is also compatible with Sigma’s USB dock for fine-tuning or firmware updates, and if you change bodies, you can pay to have the mount swapped for your new system.

As a member of Sigma’s renown Art series the Sigma 50mm f1.4 Art is expected to perform on a very high level. It is positioned roughly between standard 50mm f1.4 lenses and the top-end models from Canon, Nikon, and Sony in price. The big question then is how does it to compare to those below and above it in price? Does it offer a sufficient step-up from normal 50mm f1.4 lenses to justify the price, and does it give the pricier models a run for their money? To find out, Thomas and Gordon teamed-up to give the Sigma 50mm Art a real workout and compared it against a whole slew of other lenses including the Zeiss Otus 55mm f1.4, Canon EF 50mm f1.2L USM, and Sony FE 50mm f1.4 ZA. We’ve completely updated our original review from 2014 with test-shots on the 46MP Nikon Z7 and the 42MP Sony A7R II. So if you’re interested in which high performance standard prime lens to choose for your camera system, you’ve come to the right place! 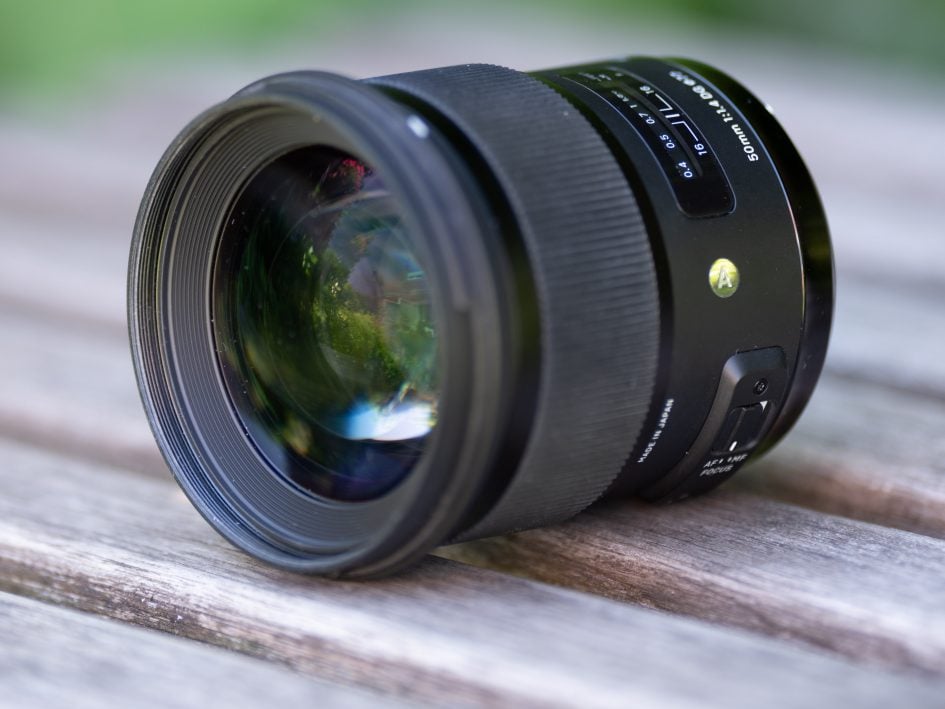 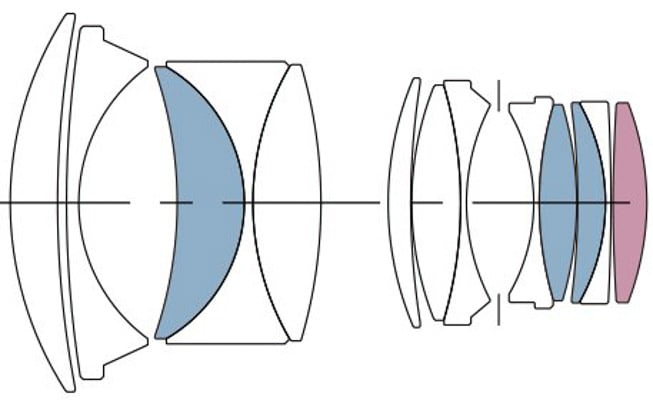 Auto focus: all the lenses in this comparison except for the Zeiss have a built-in AF drive. Manual-focus override is by simply turning the focus ring. The Sigma, Zeiss, Canon and F-Nikkor have a direct linear mechanical coupling between the focus ring and the focus action. They also offer the distance and dof markings that normally come with lenses designed for DSLRs. The focus ring on the lenses designed for mirrorless camera bodies operate as focus-by-wire with no distance or dof markings. The Sony has a linear gearing while the Z-Nikkor has non-linear gearing which makes smooth focus pulling almost impossible for videographers.  [+]

The Sigma and the Sony come equipped with a nice padded pouch, the Nikkors have flimsier pouches and the Zeiss and Canon come without a pouch at all. All lenses also have their lens hood included (reversible for transport) except for the Canon where you have to buy the lens hood as an extra – which I would recommend to do. [+] 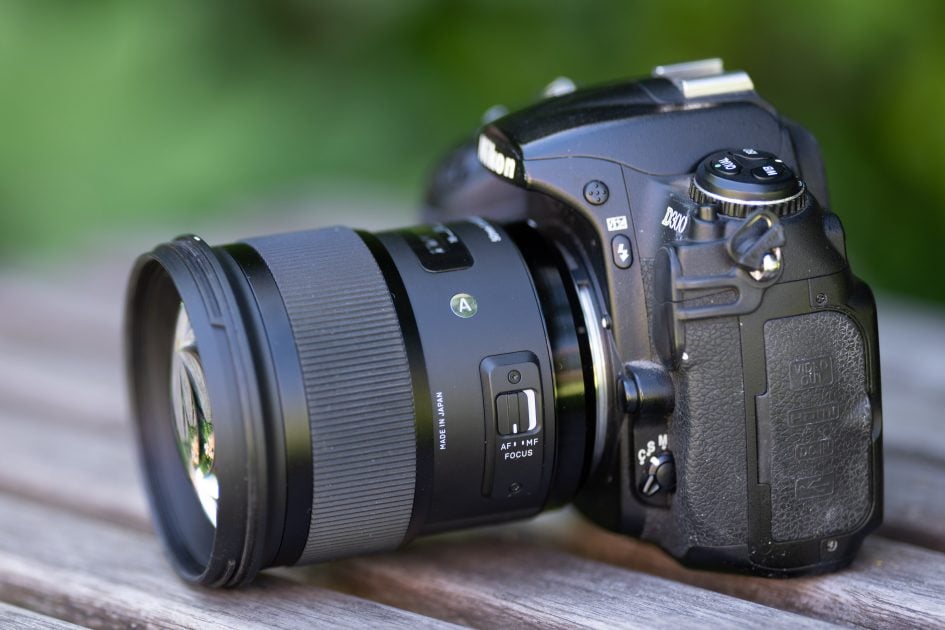 Sealing: The Sigma has no weather sealing which is a shame considering its premium status. The Sony and the Z-Nikkor have special weather-sealing throughout the construction but the Sony lacks a rubber sealing at the lens-mount. [0]

The score in the “features-department” is 2[-]/5[0]/7[+]. On paper only the large size and weight is on the negative side, although for the money some weather sealing would have been nice. On the positive side is the unique option to get the lens-mount swapped. 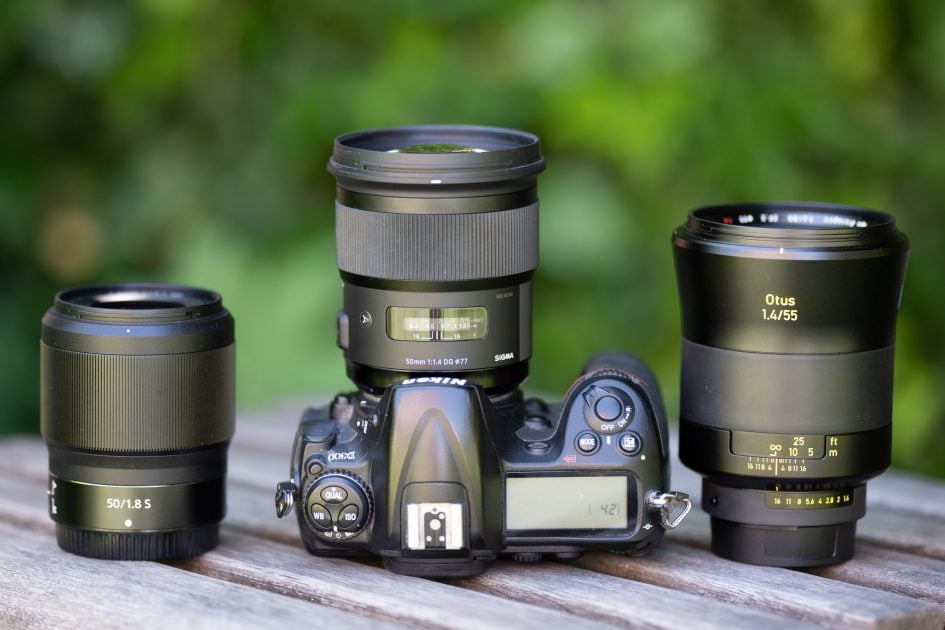 There’s no shortage of 50mm lenses on the market, and many camera and lens companies actually offer a choice of apertures too. The f1.8 versions are definitely worth considering: they are smaller, lighter, cheaper, less obtrusive and often deliver similar – or even superior – image quality than their bigger brothers. The loss of 2/3 of a stop may not be as relevant as the marketing literature wants you to believe. But if you absolutely want or need f1.4 (or brighter) then you have the following alternatives with autofocus:

Other alternatives include manual focus lenses or lenses with slower focal ratios or shorter focal length:

Focus accuracy and repeatability is critical to consistently produce sharp shots especially with large aperture lenses. Repeatability (the accuracy of focus on the same subject after repeated focus-acquisition) of the Sigma 50mm f1.4 Art is good (measured 97.7% in Reikan FoCal) with no outliers over a series of 40 shots. There is only a very slight focus variation whether the lens focuses from a closer distance or from infinity.

The lens focuses in around 0.7 sec on a Nikon Z7 from infinity to 0.61m (1:10 magnification), which is not bad. On a Nikon D800 it focused even faster in 0.6 sec. The Sony and the F-Nikkor move in around 0.9 resp. 0.8 sec. Only the Z-Nikkor is faster at 0.5 sec. The focus ring has no slack/play between its movement and the focus-action and a throw of around 90 degrees, which is very short for accurate focus wide open. The focus ring has a 2.5 cm wide finely ribbed rubber surface that is easy to grip and moves smoothly albeit a bit tight. The other lenses have a smoother AF operation. The focus-ring turns the same way as on Canon and Sony lenses. Unfortunately that is the opposite direction to what Nikon users have come to expect.

If you record video with the built-in microphone the focus-movement produces only a slight “clack” at the start and the end of the movement and the AF-drive itself is also not too annoying. The F-Nikkor has a more irritating focus noise while focus-operation of the Zeiss, Sony and Z-Nikkor is inaudible from the outside and if you record video with the built-in microphone. As you pull focus, you’ll notice some focus breathing: the image of the Sigma 50mm f1.4 Art becomes 7% more magnified when I adjusted the focus from infinity to 0.61m. This could be distracting when shooting videos but is par for the course: most other lenses in this comparison increase their magnification between 5% and 7% except for the Z-Nikkor which shows almost no focus breathing (-0.7%).

The lens needed some AF micro adjustment for optimal AF on my D800 depending on the distance from the subject. Fortunately the lens can be adjusted for four different distance ranges (around 40cm, 70cm, 1.5m and infinity) if you get Sigma’s USB dock and use their optimization pro software. But beware: this is a pretty tedious process. If you only use the AF micro adjustment in your camera then go for the adjustment which best matches your typical shooting distance with this lens.

Check prices on the Sigma 50mm f1.4 Art at Amazon, B&H, Adorama, or Wex. Alternatively get yourself a copy of my In Camera book or treat me to a coffee! Thanks!
Pages: 1 2 3 4 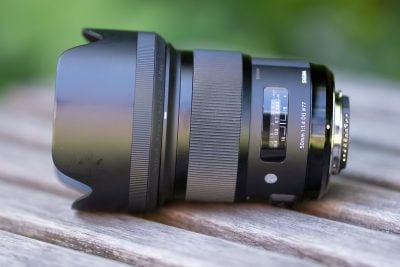 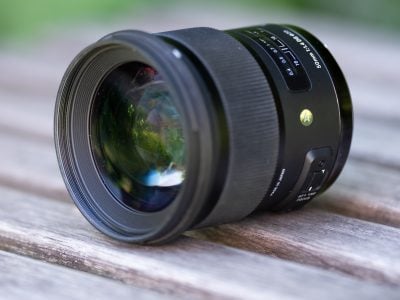 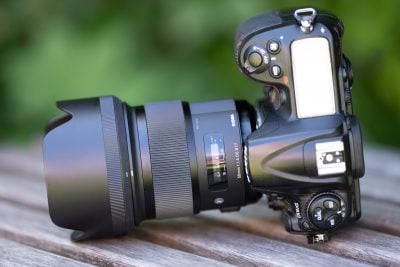