The Sigma 56mm f1.4 DC DN Contemporary is a high quality compact lens that reminds you why APSC and smaller formats are still very relevant in a World increasingly obsessed with full-frame. Available in Sony e and Micro Four Thirds mounts, the Sigma 56mm f1.4 delivers short telephoto coverage with pin sharp details across the frame and attractive rendering that rivals much more expensive, not to mention larger lenses. Crucially it delivers the goods without breaking the bank – or your back – and will delight owners of Sony APSC or Micro Four Thirds bodies.

I really enjoyed shooting with the Sigma 56mm f1.4 and found it a desirable choice not just for portraits and events, but also product shots and tighter landscape views. Focused details are sharp and crisp right into the corners, while blurred areas are rendered with a smooth butteryness that’s rare to find at its price-point. Indeed, not only is it a step-up from the cheaper Sony and Micro Four Thirds options as you’d expect, but it’s arguably more compelling than a number of revered heavyweights. The Olympus 45mm PRO and Leica 42.5mm Nocticron for example may both boast brighter f1.2 focal ratios, but thanks to a slightly longer focal length, the Sigma 56mm f1.4 actually delivers similarly shallow depth-of-field effects with a smaller and lighter lens that’s less than half the price. Meanwhile for an improvement over the basic 50mm options in Sony’s World, you’ll need to use full-frame lenses which are unnecessarily large, heavy and expensive when only used on APSC bodies. Sure they provide an upgrade path to full-frame bodies, but what if you’re happy to stick with APSC? 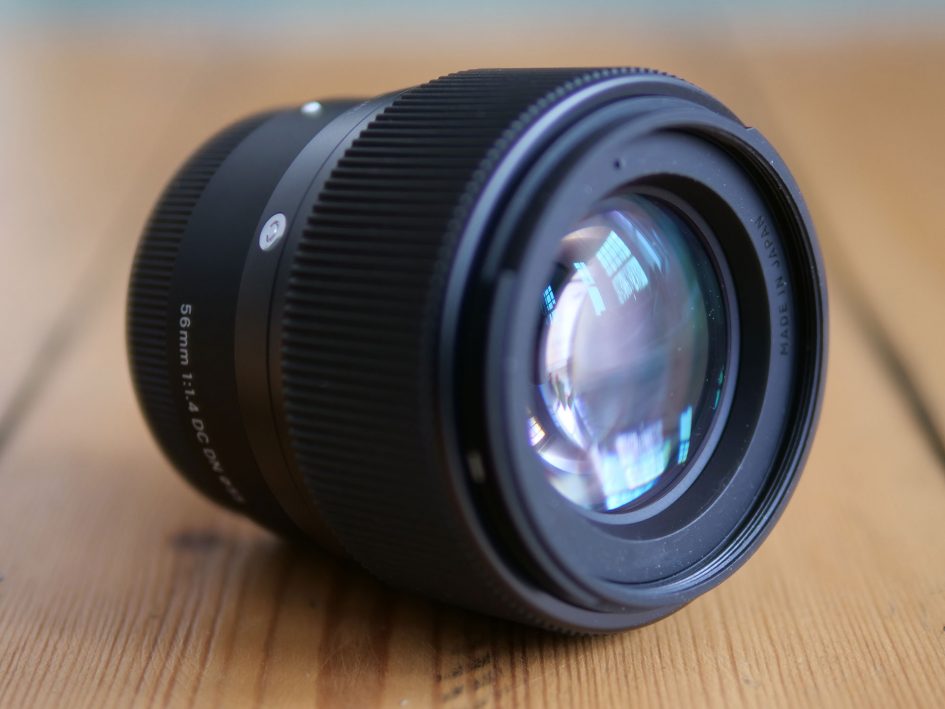 The focusing on the Sigma 56mm is fast and very quiet and the barrel weather-sealed too. In fact the only thing I can really criticise it on is an unremarkable closest focusing distance of 50cm which, while able to fill the frame with a face, a sandwich or a coffee cup, will struggle if you try to get closer still. Owners of older Sony and Panasonic bodies may also lament the lack of optical stabilisation and could end up preferring the Sony e 50mm f1.8 OSS or the Lumix G 42.5mm f1.7 instead, but the fact is all new Olympus, Panasonic and Sony bodies feature built-in stabilisation, so it’s not an issue going-forward.

Cleverly Sigma has also chosen a unique focal length and aperture where it has no direct rivals in the Sony e or Micro Four Thirds catalogues, especially in the latter where it falls comfortably between a bunch of mid-forties and the much longer Olympus 75mm f1.8. Plus again in Sony’s World, it occupies a position between the budget 50mm models and the much more expensive premium full-frame options. As such the Sigma 56mm f1.4 becomes one of, if not the best overall portrait and event lens for both the Sony e and Micro Four Thirds systems, delivering aspirational performance at a satisfyingly accessible price point. Highly Recommended!

Check prices on the Sigma 56mm f1.4 at Amazon, B&H, Adorama, or Wex. Alternatively get yourself a copy of my In Camera book or treat me to a coffee! Thanks!
Pages: 1 2 3 4 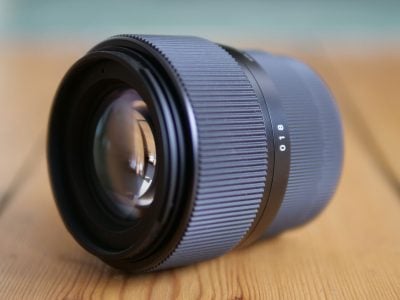 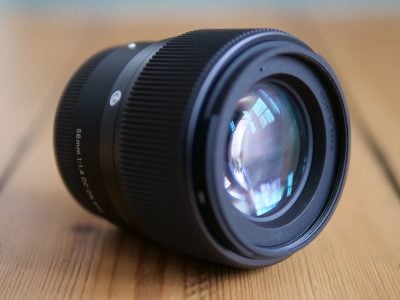 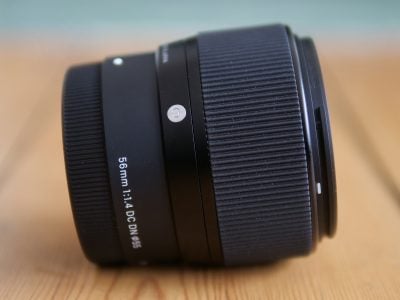