The Galaxy S20 is Samsung’s flagship phone for 2020 and its best yet for photography. Available in three models, the top-end Ultra packs three cameras, one with 108 Megapixels and another with an optical zoom. All can also film 8k video. Ahead of my review, check out my sample images from the S20!

Check prices on the Samsung Galaxy S20 at Amazon or B&H. Alternatively get yourself a copy of my In Camera book or treat me to a coffee! Thanks!

The Galaxy S20 is the flagship phone from Samsung in 2020 and its best yet for photography; announced in February 2020, it follows last year’s S10, but Samsung’s rebranded the series, so instead of S11 we’re skipping straight to the S20.

In this review I’m going to concentrate on the camera capabilities of the phone and in particular of the entry-level Galaxy S20, as this will be the most popular model and indeed the one I’ve bought for my own personal use. Ahead of my final report, I’ve posted a bunch of sample images for you! 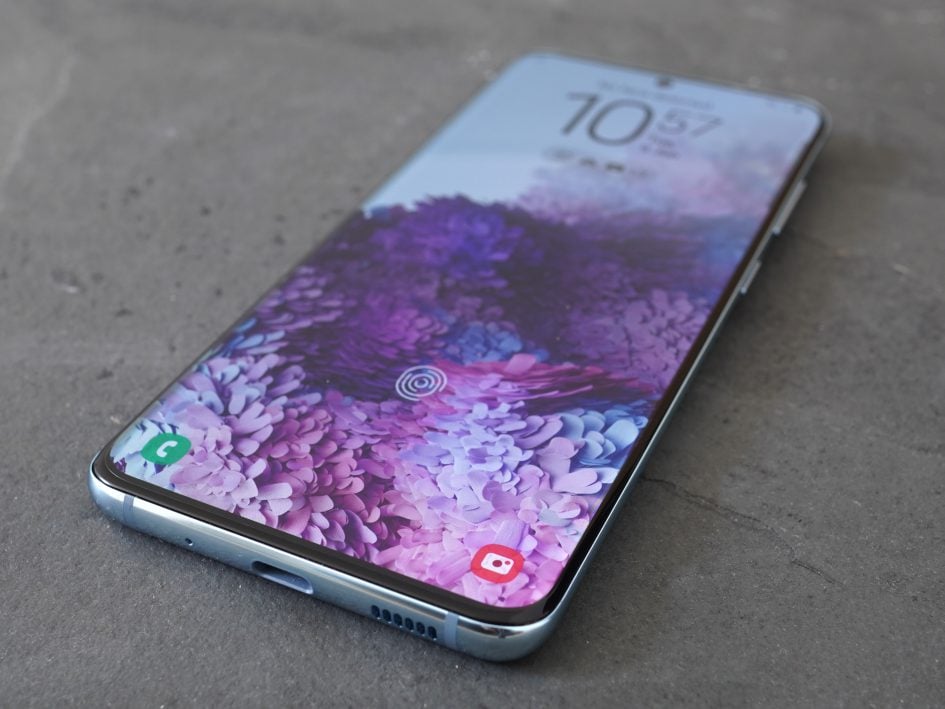 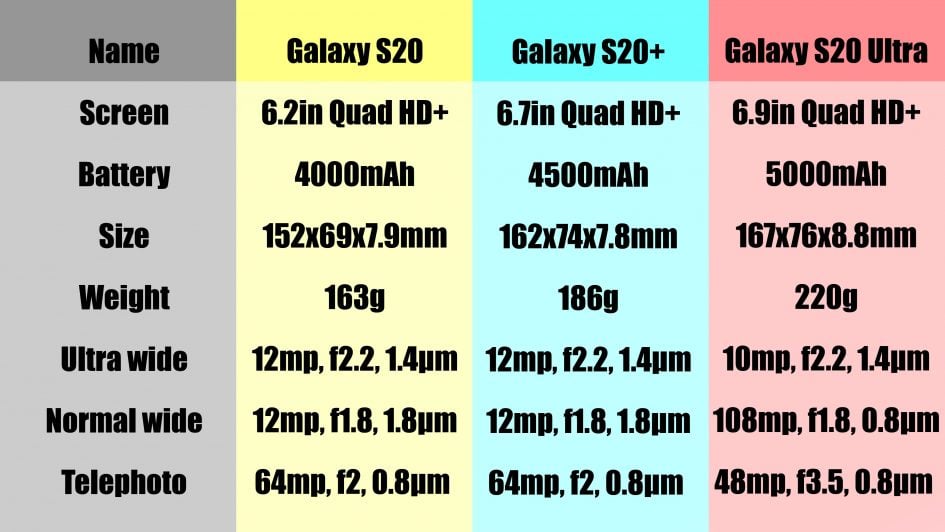 In terms of imaging, the ‘base’ Galaxy S20 has a triple camera system, now arranged in a vertical line. The main wide camera shoots at 12 Megapixels with an f1.8 lens and optical stabilisation – the 1.8 micrometer pixels here are a little bigger than the S10’s main camera, but the lens a little dimmer. This is joined by an ultra wide camera, capturing twice the field of view with 12 Megapixels using an f2.2 lens – so it’s a little lower resolution than the 16 Megapixel ultra wide camera on the S10, but this in turn makes the 1.4 micrometer pixels fatter and more sensitive. Meanwhile for longer shots, there’s the telephoto camera that grabs 64 Megapixel photos using an f2 lens with optical stabilisation. The 0.8 micrometer pixels are smaller than the S10’s telephoto camera, but there’s a lot more of them and the lens is a bit brighter too. The key difference though, is that the S20’s telephoto camera now sports a 3x optical zoom, which thanks to the higher resolution sensor, can work together to deliver a 30x total digital range.

Moving on, the S20+ with its bigger screen and battery, has a quad camera system, sharing the same three cameras for imaging as the base S20, but adding a fourth DepthVision camera for generating more realistic shallow depth of field or blurring effects. Meanwhile the S20 and S20+ also share the same front-facing camera built-into the display which takes 10 Megapixel selfies using an f2.2 lens and 1.22 micrometer pitch; so that’s the same sensor spec as the S10, but with a slightly dimmer lens.

The flagship S20 Ultra is where things really start to get interesting and the clue lies within the chunkier panel on the rear. First things first: the S20 Ultra shares the same ultra wide camera as the S20 and S20+, and also includes the DepthVision camera of the Plus. The front-facing camera also has an f2.2 lens but now shoots higher res selfies at up to 40 Megapixels; set it to shoot at 10 Megapixels and it’ll sport slightly fatter 1.4 micrometer pixels than the first two models, so the sensor’s a little bigger.

But the S20 Ultra does things very differently for its standard and telephoto cameras. The S20 Ultra’s standard camera now sports a larger 1 / 1.33in sensor with an ambitious 108 Megapixel resolution using an f1.8 lens with optical stabilisation. The huge resolution results in 0.8 micrometer pixels, but cunningly it can combine a three-by-three square of them into make one extra-fat pixel – this reduces the photo resolution to 12 Megapixels, but increases the pixel size to a generous 2.4 micrometers. So the resolution would now match the S10, but the pixels would boast three times the surface area, making them much more sensitive in low light; this is a really big deal for quality.

But the S20 Ultra’s telephoto camera raises the photography game even further, squeezing-in an optical zoom using folded optics on their side. The resolution’s 48 Megapixels with 0.8 micrometer pixels, downsizing to 12 Megapixels with fatter 1.6 micrometer pixels, while the lens is f3.5 with optical stabilisation. The Ultra’s two new cameras by default operate at 12 Megapixels to perform better in low light, but use their extra pixels to deliver more reach with a digital zoom, or you can force the main camera to shoot at its full 108 Megapixel resolution if preferred.

Like most modern phones, you can choose whether to record images in standard JPEG or HEIF formats, the latter using more efficient compression to produce smaller file sizes. Alternatively if you’d like to adjust your images later, recording in RAW will give you more flexibility.

All Galaxy S20 handsets can film 8k 24p video and there’s an example captured with the base S20 above. On the S20 and S20+, the 8k video mode uses the ‘telephoto’ camera, taking a 1:1 crop from its full 64 Megapixel frame, resulting in a small reduction in the field of view compared to filming up to 4k on the standard camera, as seen below.

Here’s a video compilation I filmed with the Galaxy S20 entirely in 8k. Handheld clips were filmed with video stabilisation enabled, where an additional crop is applied.

Check prices on the Samsung Galaxy S20 at Amazon or B&H. Alternatively get yourself a copy of my In Camera book or treat me to a coffee! Thanks!
Pages: 1 2 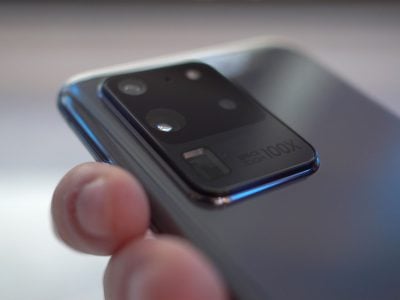