On the face of it, the Ricoh WG-70 is a capable waterproof compact with respectable rugged credentials, but it continues a long line of very minor updates which means that little of significance has been added since 1080p HD video was introduced on 2017’s WG-50. With no Wi-fi, no GPS, nor ability to tag images with location data from your phone, a small, low resolution screen, pedestrian continuous shooting, limited video modes and lack of an optical zoom when recording, it feels more than a little tired and dated. If you like the design and the novel built-in LED macro light, the older, almost identical WG-60 or even WG-50 will cost you less. Alternatively, spend a bit more for a big boost in features with the Olympus TOUGH TG-6 or Nikon COOLPIX W300.

Check prices on the Ricoh WG-70 at Amazon, B&H, Adorama or Wex. Alternatively get yourself a copy of my In Camera book or treat me to a coffee! Thanks!

The Ricoh WG-70 is a rugged compact that’s waterproof to a depth of 14 metres, can withstand a drop from a height of 1.6 metres and can be used in temperatures down to -10C. It has a very distinctive design that screams rugged, so if you’re fan of understatement this isn’t for you, but whether you love or hate the way it looks (and it’ll definitely be one or the other) its elongated soap bar shape feels very comfortable and secure to hold one-handed.

Other features the WG-70 shares with earlier models include the 16 Megapixel CMOS sensor, 2.7 inch 230k dot LCD screen, built in flash and – something you won’t find on any other waterproof compact – a built in macro ring-light composed of 6 LEDs mounted in the lens bezel.

In addition to fully auto shooting and a range of scene modes, the WG-70 provides a Program auto mode which allows you to manually set exposure compensation, ISO sensitivity, and white balance along with some other options. There’s an underwater shooting mode in there and Image tone settings that include Natural, Vibrant, Slide Film, Monochrome and a new Cross Process option.

What else is new? Well, nothing actually; apart from that Cross Process filter, the WG-70 is identical in every respect to the earlier WG-60 and, to be honest, not all that different from 2017’s WG-50. Though the WG-70 has plenty to offer, it would be nice to see one or two significant updates to a waterproof compact in this price bracket, a higher resolution screen perhaps, Wifi, or GPS. In its current form, the WG-70 will need to be an outstanding performer in and out of the water to compete with models like the recently reduced in price Olympus TOUGH TG-6 and Nikon’s COOLPIX W300. Read my full review to see if that’s the case, or you’re better off with one of the alternatives. 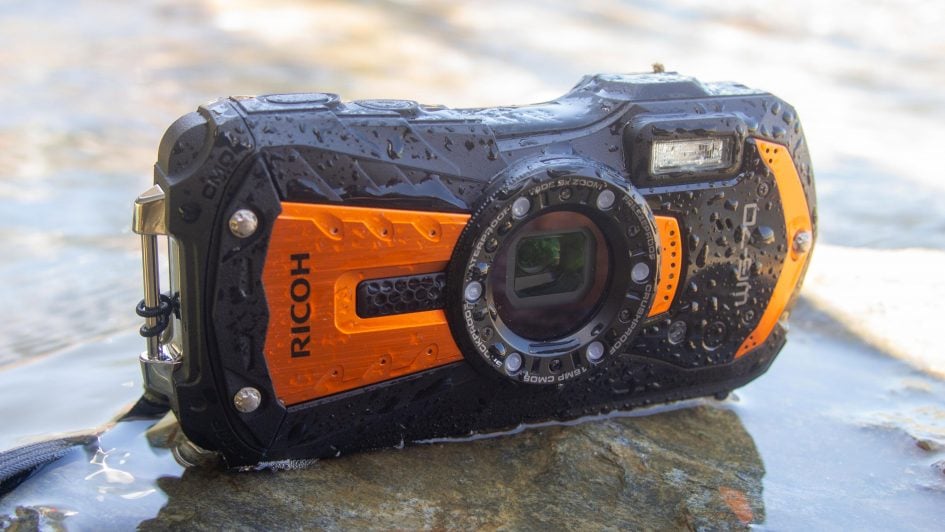 The Ricoh WG-70 certainly looks the part, with an industrial design that wouldn’t look out of place in the power tools section of your local hardware store. Looks aside, the shape makes for a secure and comfortable grip, even one-handed. Note the ring of LEDs surrounding the lens which can be set to automatically light up when you select macro mode – I’ll come back to that later on. 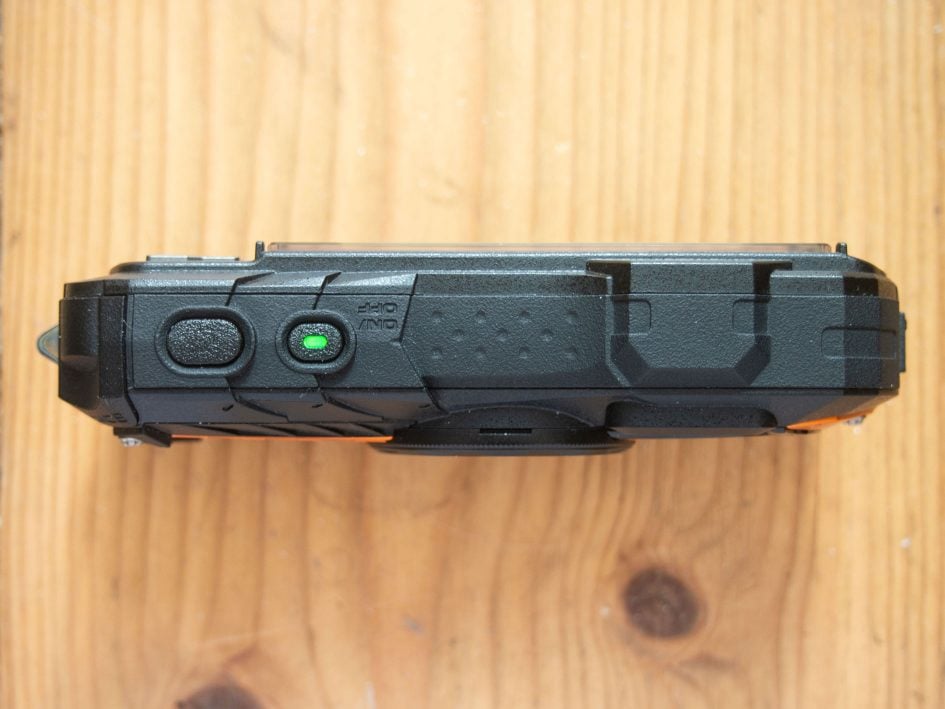 There’s not that much to see on the top panel,but it’s more about feel. You won’t get mixed up between the power button and shutter release because of the size difference. The power button is also slightly recessed, to avoid accidental operation, but you might have a struggle to turn the camera on and off wearing gloves. 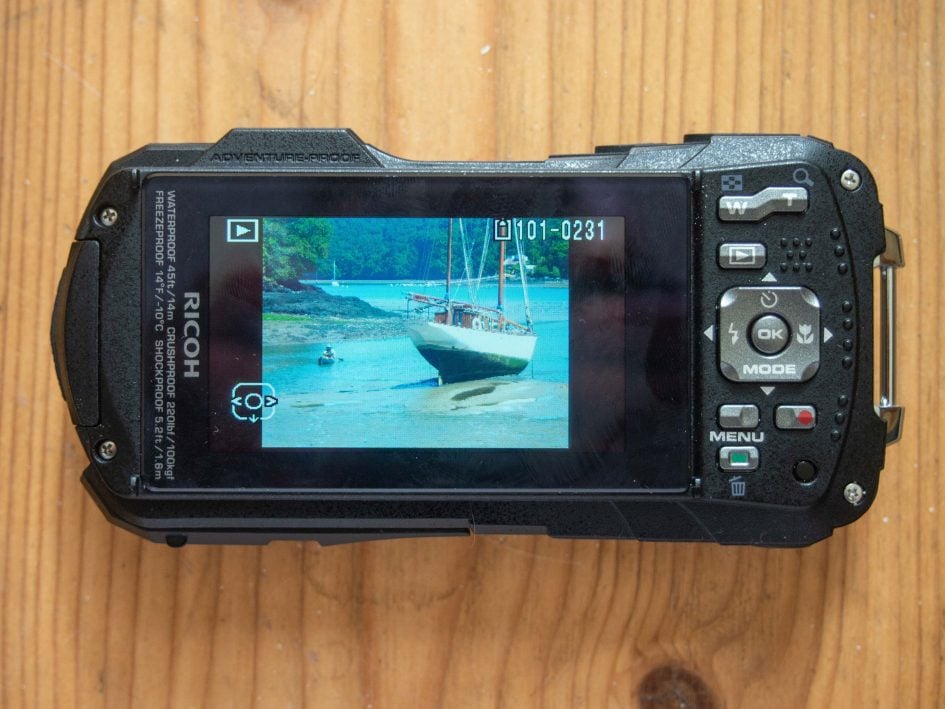 The WG-70’s fixed 2.7 inch LCD screen is, by today’s standards, distinctly so-so. Despite the Outdoor view setting, which turns up the brightness, it’s difficult to use in bright conditions. The WG-70’s controls are quite small and closely spaced, they’re fine under normal conditions, but I wouldn’t like to try them with gloved, or even just cold hands. There’s a four-way controller so you can quickly switch modes, select macro AF, change the flash settings and select self-timer and continuous shooting modes. The green button at the bottom is programmable and can be assigned to a number of functions – I used it for quick access to the ISO sensitivity settings. 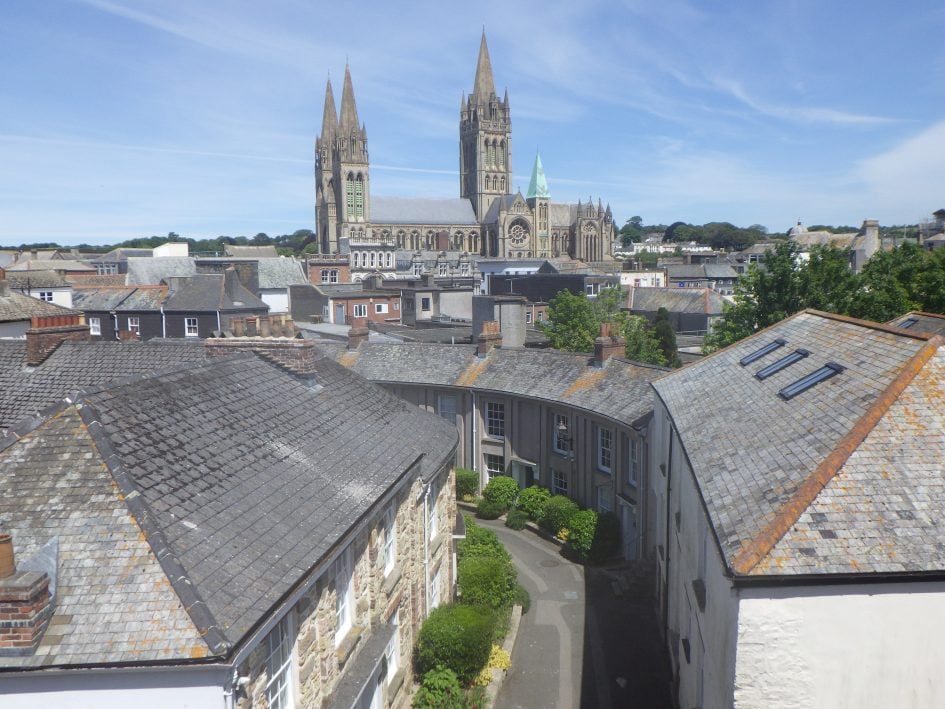 Here’s the Ricoh WG-70 at it’s wide angle 28mm equivalent setting. At this focal length the maximum aperture is f3.5, not particularly bright, but average for underwater cameras with folded optics like the WG-70. If you looking for a camera that performs particularly well in low light that would be the Olympus TOUGH TG-6 which boasts a brighter f2 at its 25mm equivalent wide angle setting. 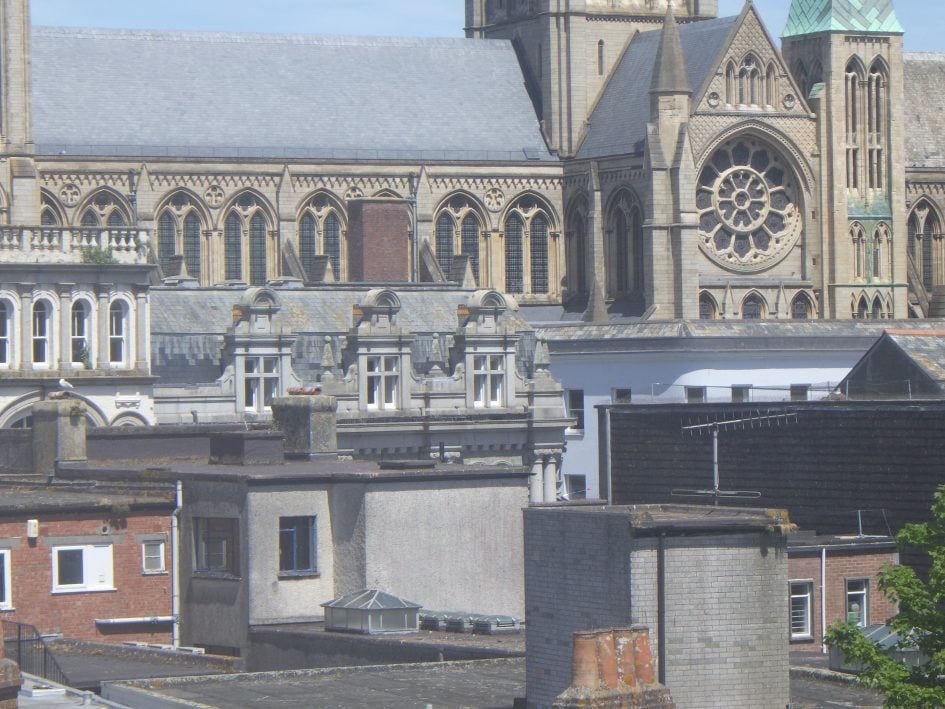 Here we’re zoomed in to the 5x 140mm equivalent zoom setting where the aperture closes to f5.5. In terms of framing this will get you closer to the action if you’re already in the water, but it’s not long enough to get good shots of people in the sea from the beach – it would be fine for shots from the side of the pool though. Of course the whole point of a camera like the WG-70 is you can get in the water with it, but there are some subjects, like wildlife where you’ll find the zoom lacking, though, again, that’s something you’ll have to live with on all waterproof compacts. The TOUGH TG-6 for example only has a 4x zoom with a max focal length of 100mm equivalent. 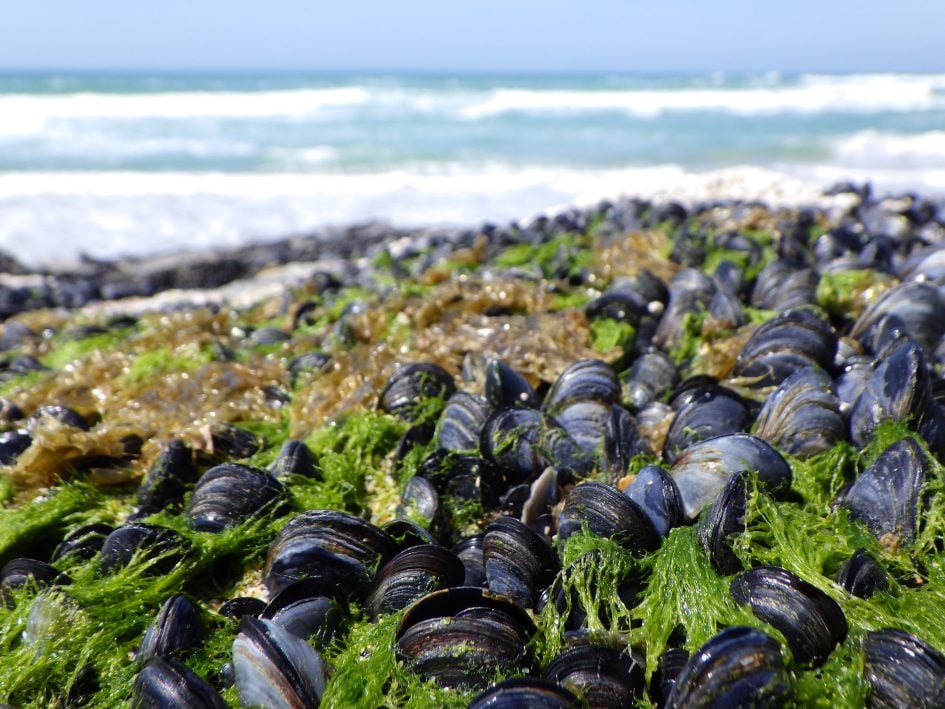 The only way you’ll get blurred backgrounds with the WG-70 is by getting very close to your subject. Here I’ve selected the ‘normal’ macro AF setting which allows you to get within 10cm of the subject, I’ve also zoomed in a tiny bit. 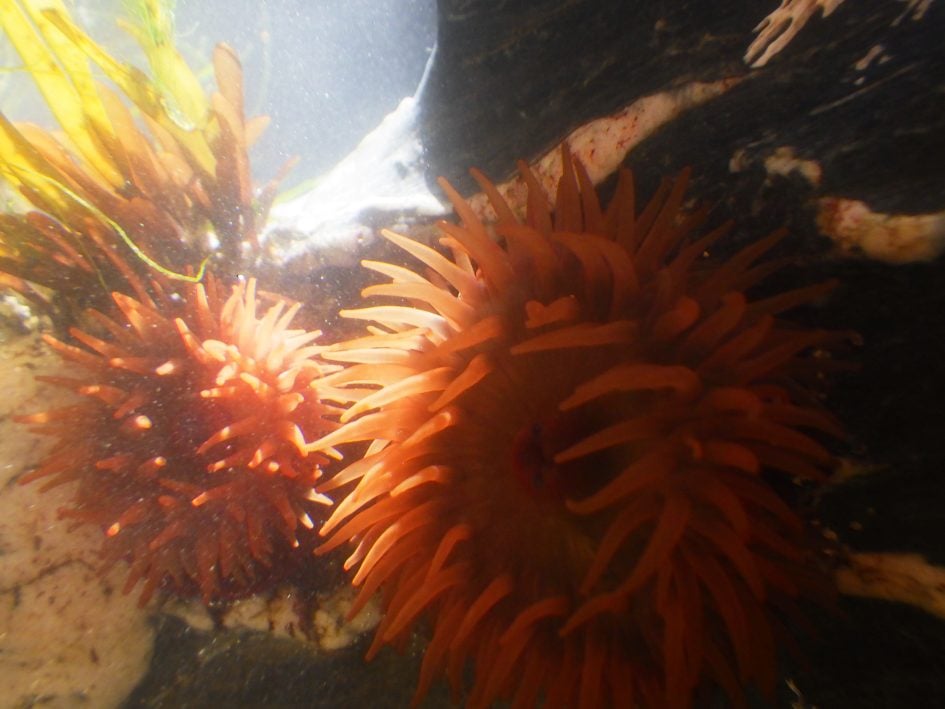 Here’s the first of two underwater shots of anemones I took with the WG-70. To get this close to subjects you need to enable the WG-70’s 1cm macro mode – the standard macro will only get you within 10cm. For this shot I turned on the macro ring light – 6 LEDs mounted around the lens illuminate to evenly light the subject. In this case it hasn’t made a huge difference to the quality of the shot and I think it might actually be more useful for shots out of the water. 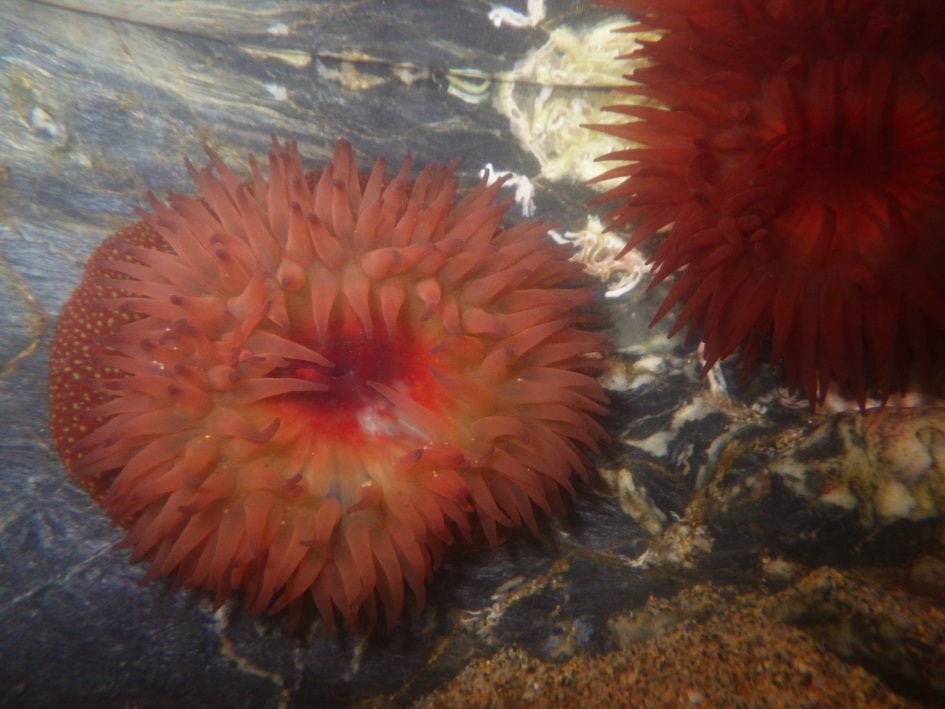 Here, instead of the macro light, I’ve made use of the WG-70’s built-in flash and I think you’ll agree the result is much better. The flash is mounted at the top left of the front panel and has a range of 0.2 to 5.5 metres at 1600ISO. 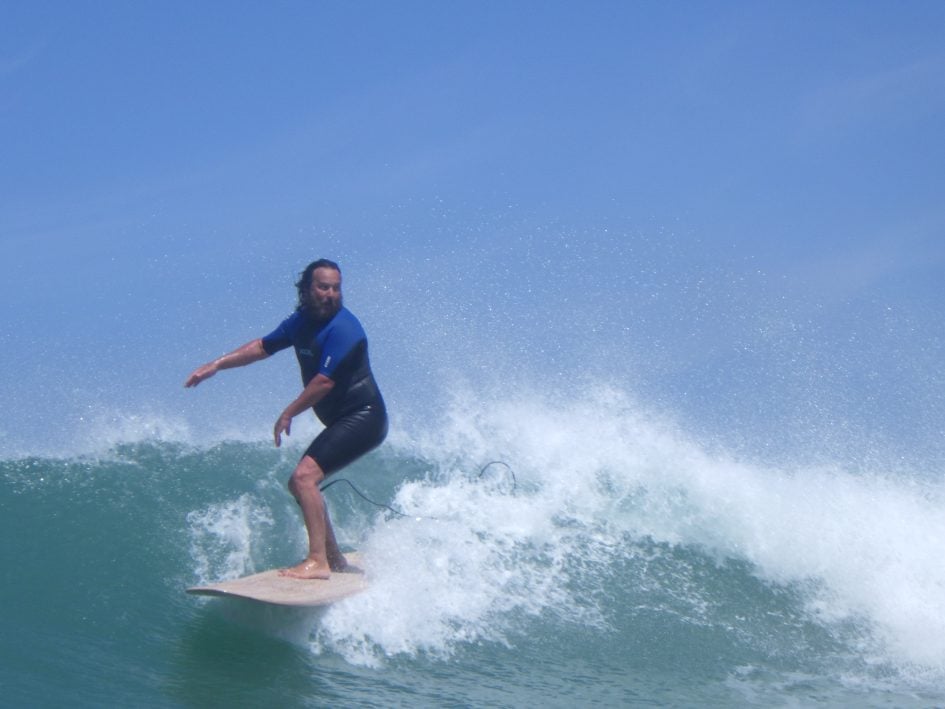 The WG-70 has nine-area AF and an AF tracking mode that locks onto and follows moving subjects, but for shooting surfers in the water, one of my favourite ways to test waterproof compacts, I opted for the fixed central AF area. In fact, unless you’re lucky enough to get very close, you might even be better off with the WG-70’s infinity focussing mode which locks the focus ensuring that anything beyond a few metres from the lens is sharp. 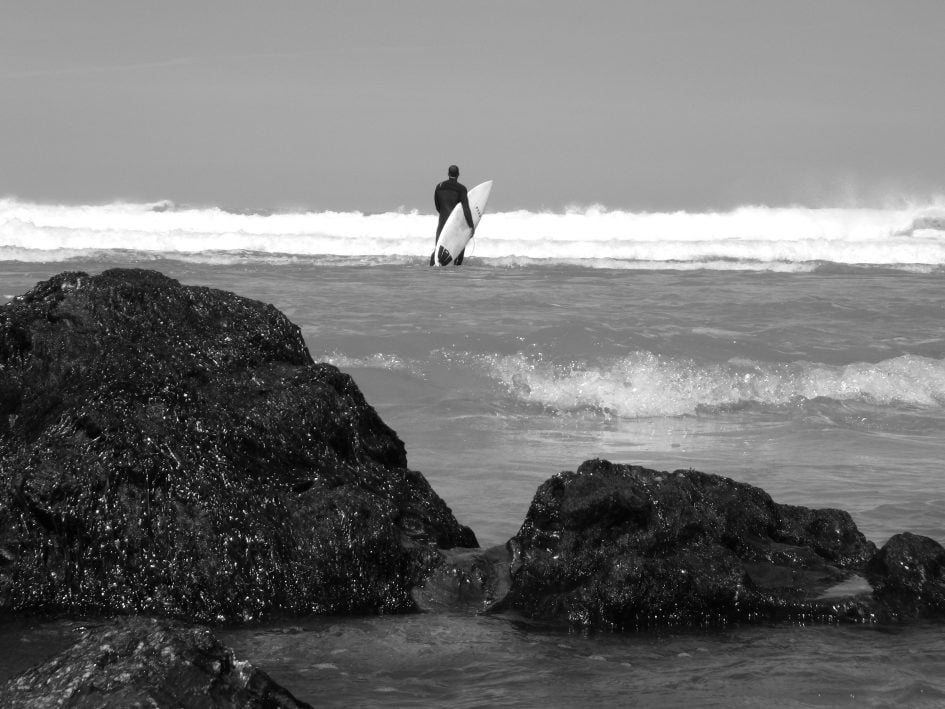 The WG-70 allows you to edit and apply filters in-camera when reviewing. Options include B&W/Sepia, shown here, Toy Camera, Retro, Colour Emphasis, High Contrast and Starburst. It’s as good as having filters that are applied during shooting plus you have the option to save the processed file as a new image, keeping the original. 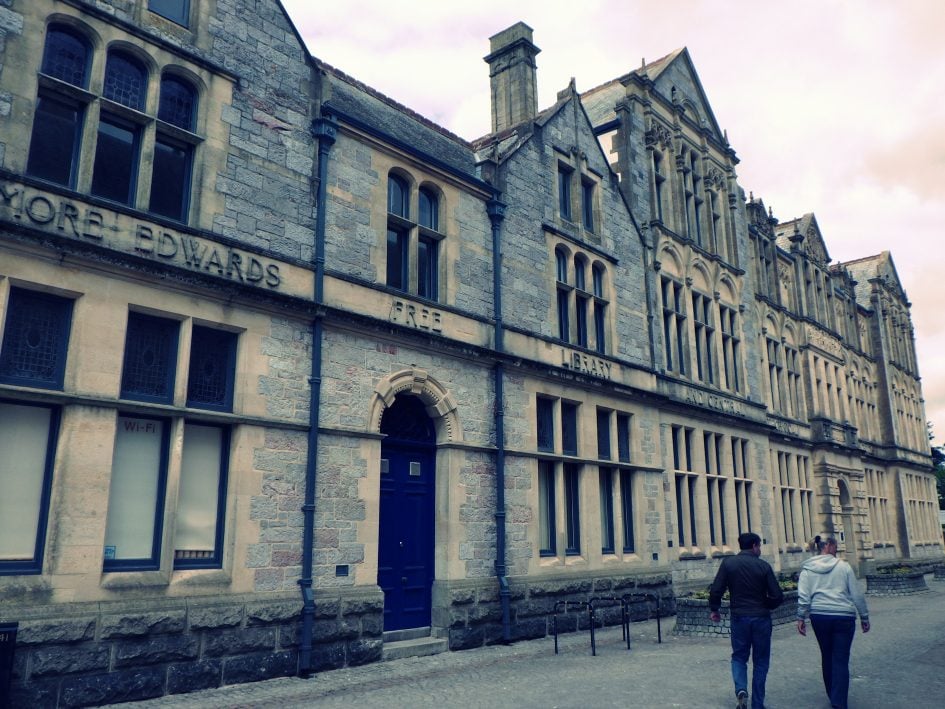 There’s also a range of image tone options that are applied during shooting; the default bright was used for all the samples, there’s also Natural, Vibrant, Slide film, and Monochrome. Here you can see Cross Process (which emulates an old school technique that involved processing slide film using the wrong chemicals) which is the only new feature that the WG-70 adds over the earlier WG-60.

The Ricoh WG-70 can record video at 1080p/30 HD resolution and 720p at 30 or 60fps. Here’s the WG-70’s best quality 1080p mode hand-held. There’s sensor-shift stabilisation that keeps things reasonable steady, but the optical zoom doesn’t work when filming, instead what you’re seeing is digital cropping – more on that shortly.

The WG-70 also offers an HS mode that captures frames at 120fps for slow motion playback at a quarter speed.

The WG-70’s optical zoom is disabled during filming, instead there’s a digital zoom, which essentially crops in on the video frame. As you can see, this results in a big drop in the resolution and image quality, so much so that I’d say this is unusable and you’re better off using the optical zoom to frame up your shot prior to pressing the record button(see below).

Here’s how it looks, in other words much better much better, if you zoom in first using the lens, then start recording. Some people would argue zooming during recording is a bad idea, nonetheless the lack of an optical zoom while recording with the Ricoh WG-70 is a disappointment. 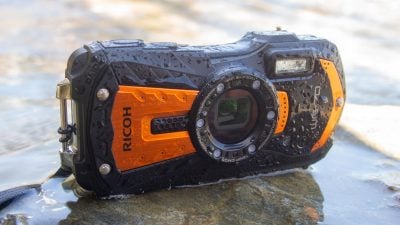 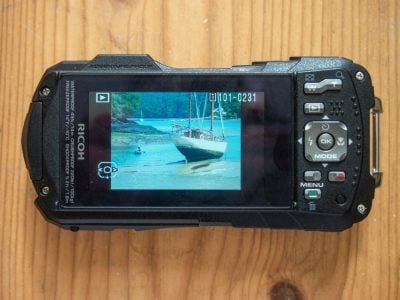