To compare real-life performance at wide angle, I shot this scene with the Fujifilm X30, Panasonic Lumix LX100 and Sony Alpha A5100, the latter fitted with its 16-50mm kit zoom, all within a few moments of each other using their base sensitivities and best quality JPEG settings. I tried every aperture setting and selected the sharpest result for the crops below.I composed diagonally to evaluate details in the corners of the frame. I additionally tested at 50mm and 75mm, and you can find the results lower on this page. I also shot everything in RAW and will publish a RAW comparison once the cameras are supported in Adobe Camera RAW. If you’re interested in the LX100 vs the Sony RX100 III, check out my noise results.I tested all three cameras at each of their apertures and found the X30, LX100 and A5100 (with its kit zoom) performed at their best at f2.8, f4 and f5.6 respectively, which is what I’d expect for their respective sensor sizes – so that’s what I set them to in Aperture Priority. I then shot this scene at their lowest respective sensitivities and used each camera’s default image processing to see how their JPEGs compare under best-case scenarios. The crops as always are taken from the areas marked by the red rectangles in the thumbnail above right and presented here at 100%. The LX100 and A5100 kit zoom both shared the same 24mm coverage, while the X30 captured a slightly tighter field of view at 28mm; I’ve still included the X30 here though to illustrate the relative sharpness at similar parts of the frame when zoomed-out. Lower on this page you’ll see how they compare at matching focal lengths.The crops below demonstrate the importance of optics in image quality. The Fujifilm X30 and Lumix LX100 share the same 12 Megapixel effective resolution, and as you’d expect their degree of detail is similar. Pixel-peepers may reckon the details are a fraction crisper on the Fuji, but it’s a very close run thing. This is an interesting result, as while both cameras share the same resolution, the X30’s sensor is roughly four times smaller than the LX100’s. The Lumix may enjoy an advantage at higher ISOs, but at their base sensitivities, the X30 could in fact match or even slightly out-perform it.

Moving onto the Sony A5100, it sports the biggest sensor of the three by far, an APSC model packed with 24 Megapixels, so double the total resolution too. In terms of numbers it should thrash the X30 and LX100, but as my crops illustrate, it’s only a marginal win for the Sony. The kit zoom is designed for price and size over quality and lets down the potential of the 24 Megapixel APSC sensor behind it, so while the image is bigger, there’s only a little more real-life detail resolved here. If the A5100 were fitted with a sharper lens, it would sail away with a decisive win here, but this in turn would make the overall package bigger, heavier and more expensive.

So in this first test it’s a minor win for the Sony A5100 when fitted with its kit zoom, with the X30 and LX100 coming not far behind in a roughly joint-second place. Scroll down to see how they all compare at 50mm and 75mm, or head over to my Lumix LX100 noise results, have a look at my LX100 sample images or skip to my verdict! And don’t forget once Adobe Camera RAW supports the cameras here, I’ll be updating my review with RAW comparisons.

In this second section I’ve compared the three cameras with their lenses zoomed to deliver an equivalent field of view of 50mm. Note I initially presented results from the LX100 here at f4 as that was the aperture with the crispest details. But the corners suffered from softness, so I’ve updated my results with the f8 versions which may be slightly softer overall, but have crisper corners.

I’d say the Fujifilm X30 and Lumix LX100 are fairly well-matched here in terms of detail. Meanwhile the Sony A5100’s kit zoom obviously feels more comfortable mid-way through its range, delivering slightly finer detail than either the X30 or LX100, although as seen at 24mm, it’s not a huge difference.

Scroll down to see how they all compare at 75mm, or head over to my Lumix LX100 noise results, have a look at my LX100 sample images or skip to my verdict!

Next I zoomed all three cameras to 75mm – representing the maximum for the LX100 and A5100 kit zoom – and again set their apertures to their optimal values to balance sharpness across the frame. I initially presented my LX100 results at f4 where the sharpness was greatest in the middle, but the corners were quite soft. Closing to f8 improved the corners, but at the cost of ultimate crispness in the middle. It’s a balance you’ll need to decide for yourself, but I’ve decided to update this section with my results for the LX100 at f8.

The Fujifilm X30 performs really well here, delivering crips and consistent detail across the entire frame. It certainly beats the other two in the corners where the Lumix LX100 and A5100 kit zoom become quite soft. In the middle, the A5100’s kit zoom performs quite well and allows the sensor to out-resolve the other two cameras, as it should, but again it’s not a consistent performance across the frame. Meanwhile the LX100 does quite well in my second crop, but otherwise is beaten slightly by the X30, especially in the corners.

So an interesting result for anyone who assumed the bigger sensors of the LX100 and especially the A5100 would automatically win a contest on real-life detail. The smaller sensor of the Fujifilm X30 keeps-up very nicely across the frame and across multiple focal lengths, delivering in my opinion the best result of the three in daylight at their lowest sensitivities.

Of course the benefit of a bigger sensor comes at higher ISOs, so head over to my Lumix LX100 noise results to see how the Panasonic compares against the A5100 and this time the Sony RX100 III; I’ll have an X30 comparison in my X30 review. Alternatively, have a look at my LX100 sample images or skip to my verdict! 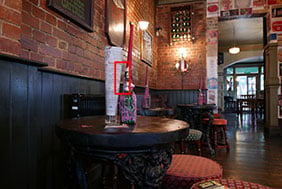 To compare noise levels under real-life conditions, I shot this scene with the Lumix LX100, Sony RX100 Mark III, and the Sony Alpha A5100 (fitted with the 16-50mm kit zoom), within a few moments of each other using their best quality JPEG settings, and at each of their ISO sensitivity settings.A RAW comparison will follow once the LX100 is supported in Adobe Camera RAW. I matched the field of view on each camera and set them at an aperture previously determined to deliver the sharpest results.I tested all three cameras at each of their apertures and found f4 to be the sweet-spot for the RX100 III and LX100, while f5.6 was best for the A5100’s kit zoom. All three were set to their optimal apertures and compensation applied where necessary to match their exposures – what you’re looking at below are entirely comparable results.

On this page I’m comparing their noise levels on JPEGs processed with the in-camera defaults, with the exception of disabling any contrast enhancement as this can increase artefacts at high ISOs. The crops as always are taken from the area marked by the red rectangle in the thumbnail above left and presented here at 100%. The Lumix LX100, Sony RX100 III and Sony A5100 show progressively tighter crops because of their steadily increasing resolution. Note I hadn’t expanded the sensitivity on the LX100 when I made this comparison, so my LX100 results start at the base sensitivity of 200 ISO.

At their lowest ISOs you’ll notice the RX100 III delivers the crispest details, thanks to its combination of high resolution, sharp lens and crisp image processing. The Lumix LX100 is also sharp, but its resolution means at the lower sensitivities it’s simply out-resolved by the RX100 III. Meanwhile the softer kit zoom of the A5100 coupled with slightly less punchy processing means it looks a little soft in comparison. The interesting thing is whether the LX100 will match the real-life detail of the RX100 III at higher sensitivities thanks to its lower resolution sensor, and what advantage will the A5100 enjoy lower down with the biggest sensor of all.

I’d say the Sony RX100 III enjoys the edge in real-life detail up to 3200 ISO, at which point noise brings it down to roughly the same resolving power as the LX100. At this point you’ll notice the A5100 enjoys a cleaner result with slightly higher detail.

I think many people were hoping the LX100 would deliver decisively lower noise levels than the RX100 III thanks to its larger sensor and lower resolution, but in my crops below there’s not as much difference as you’d think. Yes at 3200 ISO and above, the LX100 looks less noisy than the RX100 III, but up to this point the Sony is resolving a little more real-life detail in my tests.

Of course what we’re also looking at here is the effect of each camera’s in-camera processing, so in my next test I’ll process the RAW files from each with exactly the same settings to see what degree of information they’re all starting with. In the meantime I’d say the A5100 is definitely the leader at the highest sensitivities as you’d expect given its much larger sensor, but the difference between the LX100 and RX100 III is smaller than you’d expect, and for much of the lower ISO range the Sony delivers more detail.

I’ll add my RAW comparisons once the LX100 is supported in Adobe Camera RAW. In the meantime head over to my LX100 sample images or final verdict. Note I’ve included a second table below this one showing how the Fujifilm X30 (with its smaller 2/3in sensor) compares.