The Lumix GH3 is Panasonic’s flagship compact system camera and the successor to the GH2, a model that has gained a huge following in the professional video industry for its excellent video quality and versatility. But it’s also one of the most capable compact systems cameras around for stills shooting. It’s not the most compact of compact system cameras though, with dimensions that almost match those of the smaller consumer DSLRs. Perhaps because of that and its DSLR level of physical control, it’s an obvious choice for anyone looking to switch from a DSLR to a mirrorless system.

The GH3 features solid construction with a Magnesium alloy body that’s sealed against dust and splashes. The Lumix G X 12-50mm ‘kit’ lens is similarly protected from the elements and I used it in light rain showers with no problems. The GH3 has an updated 16 Megapixel CMOS processor which improves on the quality of its predecessor, but loses the ability to provide non-native aspect ratios at close to full resolution. It gains in several other respects though, with new video modes encoded at high bit rates. It also features improved continuous shooting; though in my test it didn’t go much faster than the GH2, it was capable of shooting significantly longer bursts. 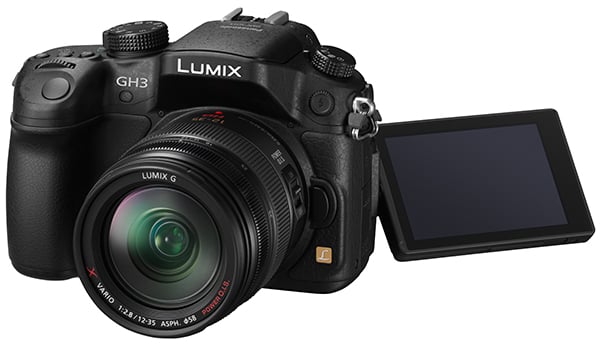 Both the Electronic viewfinder and screen have been updated using OLED technology. The screen remains at 3 inches but the resolution increases to 614k dots. Similarly, the EVF resolution gets a boost to 1,744 thousand dots and a 16:9 aspect ratio, great for video, less so for stills. There are lots of other improvements and additions to the hardware including new function buttons and an additional control dial, a 3.5mm mic socket, and a headphone jack.

The GH3 is now Wi-Fi capable so you can control it using a superbly designed smartphone app that provides a high level of control over camera functions including the ability to tap focus. You can also upload images to the web via an access point; this is one of the least polished of the GH3’s new features, but with a little refinement it promises to be a really useful addition. Other refinements like HDR composite shooting, interval shooting, an extended ISO sensitivity range and 60 minute Bulb mode are really just the icing on the cake of what adds up to a very substantial upgrade worthy of the GH3’s flagship status. 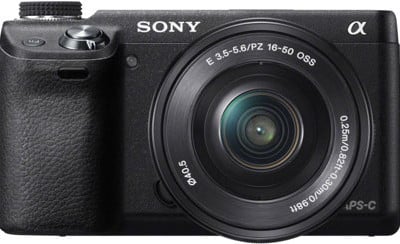 The NEX-6 and the Lumix GH3 are both mirrorless compact system cameras, but they look and handle very differently. The emphasis with the NEX-6 is on compactness, it’s smaller and lighter than the GH3 and has fewer physical controls as well as lacking the GH3’s fully-articulated touch screen and weatherproof construction. The larger size of the NEX system lenses used to mitigate against them, but the new Sony E PZ 16-50mm power zoom makes for an altogether more compact package.

The GH3 has a wider choice of lenses, though, and fitted with the 12-35mm kit lens not only produces excellent results, but thanks to its constant f2.8 aperture performs better in low light with shallower depth of field for portraits. The NEX-6’s bigger APS-C sized sensor conteracts that though, and there isn’t as much of a difference as you might expect.

The NEX-6 EVF is widely recognised as one of the best around. It has a higher resolution than the GH3’s and for stills shooting is bigger. But it’s not quite as bright and I found it less stable than the GH3’s though this impression can be quite subjective and if EVF performance is a priority for you I’d strongly suggest you make your own comparisons. One thing that isn’t subjective, though, is that the 16:9 aspect ratio of the GH3’s EVF makes it much better suited to video, providing a bigger, brighter view than on the NEX-6. The NEX-6 also has a higher resolution screen than the GH3 and its 16:9 proportions are better suited to video shooting than the 3:2 screen on the GH3. For me personally, the ability to set the GH3’s screen to any angle, including forward facing gives it a more useful advantage.

Where video is concerned the GH3 outclasses the NEX with a wider range of file formats and encoding options with higher bit rates. Don’t get me wrong, the NEX-6 is a highly capable and sophisicated video camera, but for the ultimate in quality and versatility with 1080p50/60 HD video encoded at bit rates up to 72Mbps the GH3 can’t be beat. Add to that headphone and mic sockets, versatile audio controls and the ability to output video over the HDMI port with or without the information overlays and it’s not difficult to understand why the professional video community has become so enamoured of the GH3.

While both cameras provide Wi-Fi connecivity, both have their strengths and weaknesses. The GH3’s remote shooting is more fully featured and versatile, providing control over many camera functions whereas the NEX app is more or less limited to shooting. Both will allow uploading of images to sharing and social networking sites, but the GH3 provides more options and Panasonic isn’t quite so welded to its proprietary service as Sony. But the NEX-6 does have the advantage of being able to connect to public Wi-Fi hotspots using its mini-browser – and let’s not forget that with downloadable apps the NEX-6 has the potential to add whatever new features Sony feels like coming up with in the future. The GH3 does however sport more wired connectivity with a PC sync port for external lighting, a microphone input and headphone jack; to be fair some of this can also be supported with accessories connected to the NEX 6’s port, but the GH3 sports them as standard.

The final thing to bear in mind is of course cost. The GH3 body alone is more expensive than the NEX-6 with the 16-50mm power zoom, but it definitely lies in the semi-pro market with its controls, video capabilities and weather-sealed body, whereas the NEX-6 is firmly in the upper-enthusiast category. 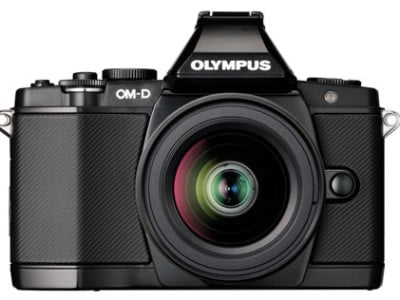 The Lumix GH3 and Olympus OM-D E-M5 have a lot more in common in terms of size and handling than the NEX-6. Though smaller and lighter than the GH3, the OM-D E-M5 shares the GH3’s SLR styling, albeit in retro format and it’s also weather-sealed. Both provide a plethora of physical controls with dual control dials and multiple programmable function buttons. Both have touch-screens, though the GH3’s is better integrated and offers touch focussing during movie shooting.

Both screens use OLED technology and share similar resolutions, but like the NEX-6 the E-M5’s screen is hinged at the bottom, so can flip up or down, but not out to the side and forwards facing like the GH3’s. The E-M5’s screen is 3:2 proportioned like the GH3’s providing a good compromise between video and stills shooting. The E-M5’s OLED EVF on the other hand is 4:3 proportioned and provides a bigger (though lower resolution) view than the GH3 for stills shooting. But for 16:9 HD video the roles are reversed and the GH3’s viewfinder scores on size.

Both being Micro four Thirds models the GH3 and E-M5 have access to the same library of lenses, but the EM-5’s built-in five-axis stabilisation works with any lens you attach. With the GH3 you only get stabilisation with appropriately equipped lenses. The respective kit lenses have their pros and cons, but that’s not really an issue as both lenses work equally well on either body with full and fast AF supported in all modes. So if you prefer the combined manual and power zoom ring, the extra range and the more affordable pricing of the M. Zuiko 12-50mm f3.5-6.3 you could quite happily use it on the GH3; the only downside being no stabilisation.

As with the NEX-6, the GH3 outclasses the E-M5 for video recording. The latter offers a best quality 1080p30 HD mode and manual exposure control but can’t match the range of modes or the high bit rates of the GH3. Neither does it have a headphones or external mic socket, though you can connect a mic via the accessory port. And, as I’ve already mentioned, you can’t use the OM-D E-M5’s touch screen to focus during movie recording.

Next to the NEX-6 and GH3 the OM-D E-M5’s lack of wireless connectivity makes it look almost as dated as its styling suggests. While this may not be hugely important to you, it won’t be long before all cameras have Wi-Fi built in and this is something that Olympus wil need to address sooner rather than later, although you could of course use a Wi-Fi equipped SD card for basic image transfer. The GH3 also sports more wired connectivity with a PC sync port for external lighting, a microphone input and headphone jack; to be fair some of this can also be supported with accessories connected to the E-M5’s port, but the GH3 sports them as standard.

Finally, the OM-D E-M5 is a much more affordable camera than the GH3, though the gap isn’t as wide as for the NEX-6. Either way, the Micro Four Thirds format now sports two high-end bodies to choose from, in addition to the broadest range of lenses which is great news for the first of the mirrorless systems.

The Panasonic Lumix GH3 is a worthy succesor to the GH2. The redesigned sensor and updated processor provide a raft of enhancements to its video capabilies which will delight existing GH series owners, some of whom have been relying on firmware hacks to provide the high bit rates and extended encoding options now available. These improvements will unquestionably cement the GH3’s position as the darling of the professional video community.

But though some view it as such, the GH3 is more than just a highly capable movie camera. It handles beautifully, focuses very quickly and accurately, is tough and weatherproof and produces still images of a very high quality that can be fairly painlessly uploaded wirelessly to a wide range of destinations.

While many manufacturers are still looking to miniaturise their compact system camera offerings, with the GH3 Panasonic appears to be pursuing a different goal which is to produce a mirrorless camera every bit as functional, capable and robust as a professional DSLR. The Lumix GH3 is evidence that they are succeeding and is more than deserving of Cameralabs Highly Recommended award. Micro Four Thirds goes from strength to strength.