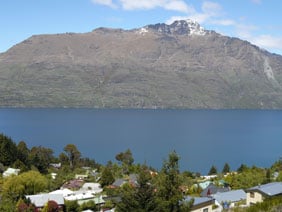 To compare noise levels under real-life conditions we shot this scene with the Panasonic Lumix DMC-L10 and the Canon EOS 400D / XTi within a few moments of each other using each of their ISO settings. The lenses on each camera were adjusted to deliver the same vertical field of view and set to f8 in Aperture Priority mode. In this first set of crops, the L10’s Noise Reduction was at the default 0 setting.

Note: The 400D / XTi captured a wider 3:2 frame, but since its crops below are taken from the same 4:3 area as the L10, it’s effectively being treated here as an 8.9 Megapixel 4:3 camera. As such the Canon crops show a slightly larger area. The image above was taken with the Panasonic Lumix DMC-L10 at 23mm f8 and with a sensitivity of 100 ISO; the original JPEG measured 4.64MB. The crops are taken from an area below and to the left of the centre and presented here at 100%.

The Lumix L10 delivers detailed images from 100 to 400 ISO which look similar to those from the Canon EOS 400D / XTi. At 800 ISO though, the L10’s image quality drops noticeably, and again at 1600 ISO. The Canon’s quality also falls at these settings, but less so than the L10. As such the L10 exhibits similar noise performance to the Olympus E-510 – which is what we’d expect given the same sensor. Like the E-510, the Lumix L10 offers a variety of noise reduction settings and we have examples of each at the bottom of the page. Alternatively to see some more real-life examples across the entire sensitivity range, check out our Lumix L10 sample images page.