The Panasonic Lumix TZ90 / ZS70 is the newest pocket super-zoom from the company that invented the category. It’s the flagship model in the sense that it combines the longest zoom with the most sophisticated features, though the TZ100 / ZS100 provides an equal level of sophistication but with a larger 1 inch sensor, for better quality photos and video, and a shorter 10x optical zoom.

Essentially, the TZ90 / ZS70 is an update to the earlier TZ80 / ZS60. The newer model gets an upgraded sensor with 20 Megapixel resolution and an articulated touch screen which can flip up through 180 degrees to face forwards for self-shooting. The screen has the same physical 3 inch size and 1040k dot resoution as previously.

Everything else remains the same including the 30x optical zoom with a 24-720mm equivalent range and f3.3 – 6.4 aperture – now on its fourth outing having originally appeared on the TZ60 / ZS40. Among the ‘everything else’ is a lot of stuff that remains very alluring on a 2017 pocket super-zoom, or for that matter any compact. A 0.2 inch 1,166k dot electronic viewfinder with eye sensor, RAW recording, 4k Video and 4k Photo modes, built-in Wifi and USB charging among other things.

The TZ / ZS series has long held the top spot in the pocket super-zoom market, but is a sensor update and a hinged screen enough to keep the Lumix TZ90 / ZS70 ahead of the competition? In My review I’ve tested it alongside its newest rival from Canon – the PowerShot SX730 HS. Read on to see how it shapes up. 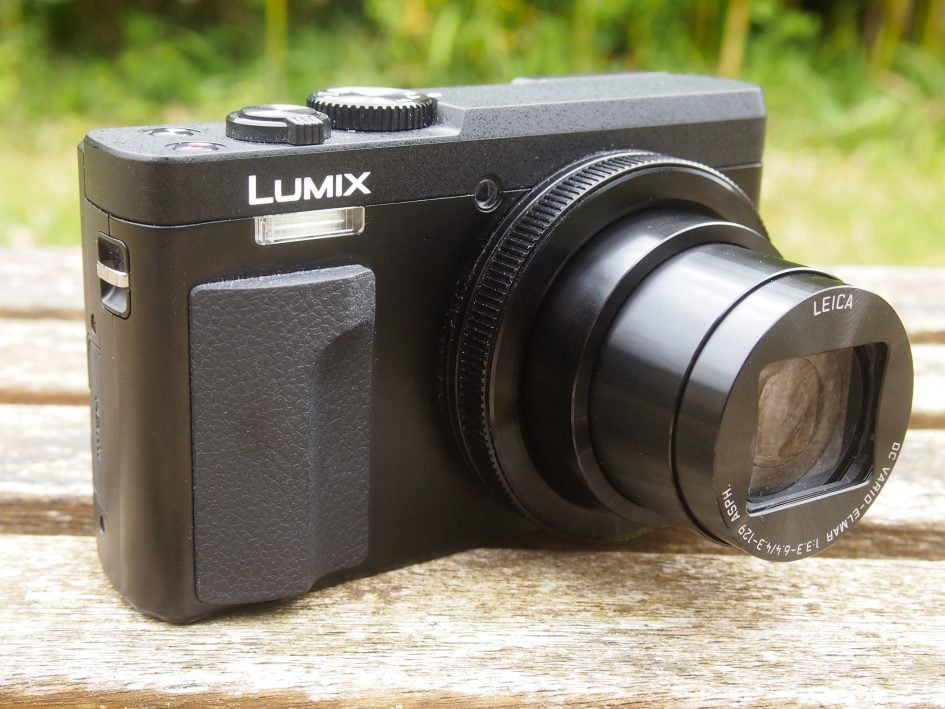 The first thing anyone is interested in on a pocket super-zoom is of course the lens. And this is the one area in which Canon’s SX730 HS has a clear lead over the Lumix TZ90 / ZS70. Its 40x optical zoom reaches 960mm equivalent compared with 720mm for the TZ90 / ZS70. They share at the same 24mm wide angle setting, similar focal ratios (f3.3-6.4 for the TZ90 / ZS70 and f3.3-6.9 for the SX730 HS) and are similar in terms of quality, though each has different strengths and weaknesses. So what you need to ask yourself is, just how useful is that extra reach going to be to you?

Moving on to the sensor. Both models share the same size and resolution 20 Megapixel 1/2.3in sensor. In terms of quality, my tests revealed that the PowerShot SX730 HS had slightly superior noise performance. Against that, the TZ90 / ZS70 allows RAW recording, so you have the potential of tweaking the RAW files to improve results.

In terms of handling, the Lumix TZ90 / ZS70 is a more sophisticated camera in nearly every aspect. It has more physical controls including a lens ring and four programmable function buttons (compared with none on the Canon). In addition, the touch screen provides further customisable controls as well as the ability to quickly reposition the AF area simply by tapping. The SX730 HS lacks a touch screen and its central AF area can’t be repositioned manually.

Both models are equipped with Wifi, allowing you to download images to your phone and remotely control the camera. The SX730 HS has greatly improved over its predecessor and offers a much better degree of control for remote shooting, but the Panasonic app remains the Gold Standard. That said, the SX730 HS now offers BlueTooth connectivity along with a basic, but capable remote shooting app, plus you can tag your images with location data from your phone as you shoot.

Both models have PASM shooting modes but on the Lumix you can use them for exposure control with video as well as stills, whereas the SX730 HS is auto only for movie recording. The Lumix TZ90 / ZS70 offers faster continuous shooting – 10fps versus 6fps on the SX730 HS – plus it has the advantage of 4k photo modes which effectively provide 30fps at 8 Megapixel resolution.

Which brings us on to video. The Lumix TZ90 / ZS70 has the advantage of 4k UHD video in addition to its 1080 modes where the PowerShot SX730 HS tops out at 1080/60p and, as I’ve mentioned there’s no PASM exposure control for movies on the Canon whereas the Lumix lets you make exposure changes silently using the touch screen.

Overall it’s fair to say the Lumix TZ90 / ZS70 offers superior features as well as a much higher degree of control and sophistication than the SX730 HS, albeit at a slightly more expensive price point.

There are also other options worth considering, especially if the quality of 4k video is important to you. Panasonic’s flagship TZ100 / ZS100, with its larger 1 inch sensor (four times the surface area of the TZ90 / ZS70’s sensor) produces better quality photos and videos with less noise, but comes at a comfortably higher price tag with a shorter 10x zoom range and a non-tilting touch screen; see my Lumix TZ100 / ZS100 review for more details. And of course if you’re happy with the 30x range, viewfinder and Lumix style, and can live without a tilting screen there’s always last year’s Lumix TZ80 / ZS60 to consider; see my Lumix TZ80 / ZS60 review for more details.

Overall though, the TZ90 / ZS70 remains a compelling option with a very capable zoom and a great range of features at a sensible price. With improved 4k video performance coupled with the tilting touch screen, built-in EVF, and again that big 30x zoom, it’s a very capable pocket super-zoom that remains worthy of our Highly Recommended rating.

Check prices at Amazon, B&H, Adorama, eBay or Wex. Alternatively get yourself a copy of my In Camera book, an official Cameralabs T-shirt or mug, or treat me to a coffee! Thanks!
Pages: 1 2 3 4 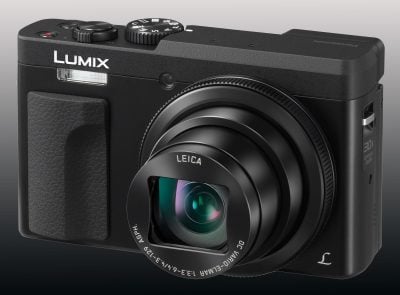 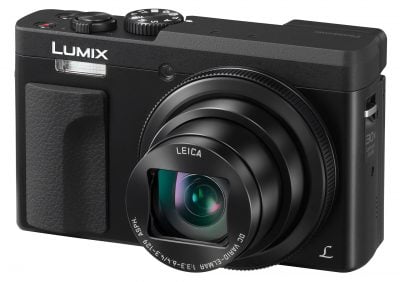