There's no denying the Lumix G 30mm f2.8 represents great value for a high quality macro lens. It may be the cheapest way to enjoy true 1:1 reproduction with AF on a native Micro Four Thirds lens, but there doesn't appear to be any compromise on quality. My only complaint is the lack of a focus limiter which could have improved AF speeds for non-macro situations, but even with the full focusing range at its disposal, the AF is fast enough. Considering the close-to-standard coverage also makes it the most flexible of the three native macro lenses, it's become a highly compelling option for any Panasonic or Olympus owner who's interested in close-up photography.

Check prices on the Lumix G 30mm f2.8 at Amazon, B&H, Adorama, or Wex. Alternatively get yourself a copy of my In Camera book or treat me to a coffee! Thanks!

The Lumix G 30mm f2.8 is a macro lens for the Micro Four Thirds system. This means it’ll work on Panasonic or Olympus mirrorless bodies, on which it’ll deliver a 60mm equivalent field of view. Since that’s close to 50mm standard coverage, the lens also doubles-up as a general-purpose prime, but its speciality is close-up photography.

At its closest focusing distance of 10cm, the Lumix G 30mm will deliver 1x magnification, reproducing subjects at actual-size on the sensor. Since the Micro Four Thirds format employs sensor measuring around 17x13mm, that’s the minimum area this lens will capture.

The Micro Four Thirds format is now well-served for macro photography with the choice of three options: the Olympus 60mm f2.8, Leica 45mm f2.8 and now the Lumix G 30mm f2.8. All can achieve 1:1 reproduction and all share the same f2.8 focal ratio. The main difference in terms of optics is their respective focal length, which in turn impacts how close you’ll need to be to achieve the same magnification and also what else you can use the lens for in non-macro situations. In my review, I’ll take an in-depth look at the Lumix G 30mm f2.8 to find out if it’s the right macro lens for you! 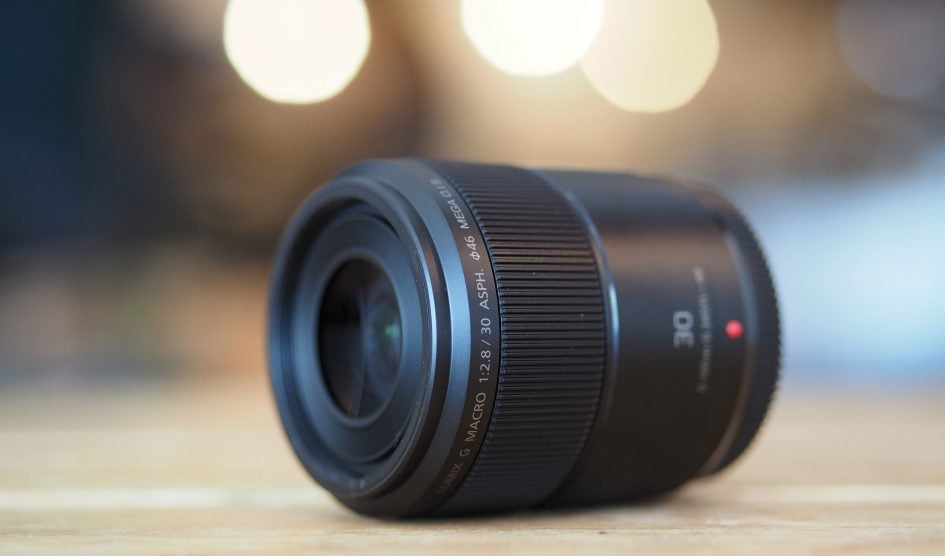 The Lumix G 30mm f2.8 is a simply-styled but smart-looking lens that resembles others in the Panasonic catalogue. Measuring 64mm in length, 59mm in diameter and weighing 180g, it’s roughly similar in size to a typical non-collapsing kit zoom. The Leica 45mm f2.8 Macro lens is almost exactly the same length, but squatter at 63mm in diameter and a little heavier too at 225g. Meanwhile the Olympus 60mm f2.8 macro is a little longer and thinner (82x56mm) and essentially the same weight at 185g.

All three offer smooth manual focusing rings, although of the three, the Leica 45mm felt smoothest to me. In terms of build quality, the Leica also felt a little more substantial to the Lumix 30mm, but of the three, the Olympus 60mm is the only one to claim dust and weather sealing.

The Leica is the only one to be supplied with a lens hood as standard. A hood is optional on the Olympus lens, but there’s nowhere to mount one on the Lumix 30mm. In terms of filters, all three share the same 46mm thread.

The autofocus speed on the Lumix G 30mm is fairly swift even when travelling through its entire range. Mounted on a Lumix GX7 body I felt the Lumix G 30mm focused a fraction faster and more confidently than it did on an Olympus OMD EM1, but there wasn’t much in it. There’s no focus-distance limiters on either the Lumix or Leica macro lenses, but the Olympus lets you choose between three ranges.

Since all three can reproduce the subject at 1:1, the choice of focal length depends on how close you’d like to be to your subject when shooting macro, and also how you’d like to use the lens in non-macro situations. Personally speaking I enjoyed the almost standard coverage of the Lumix G 30mm, as it allowed it to double-up as a more flexible general-purpose lens than the other two macro options, but of course you may prefer to have something longer. Here’s how it looks for my standard test scene compared to a 45mm lens.

Before I delve into the close-up performance, here’s a few around-town shots demonstrating the lens for general-purpose use. 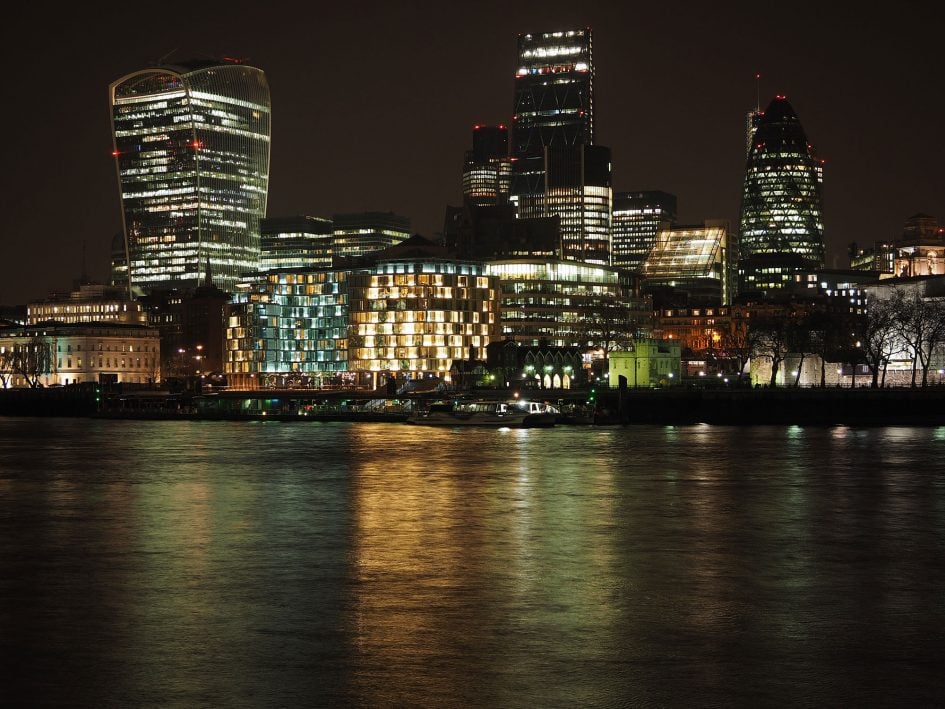 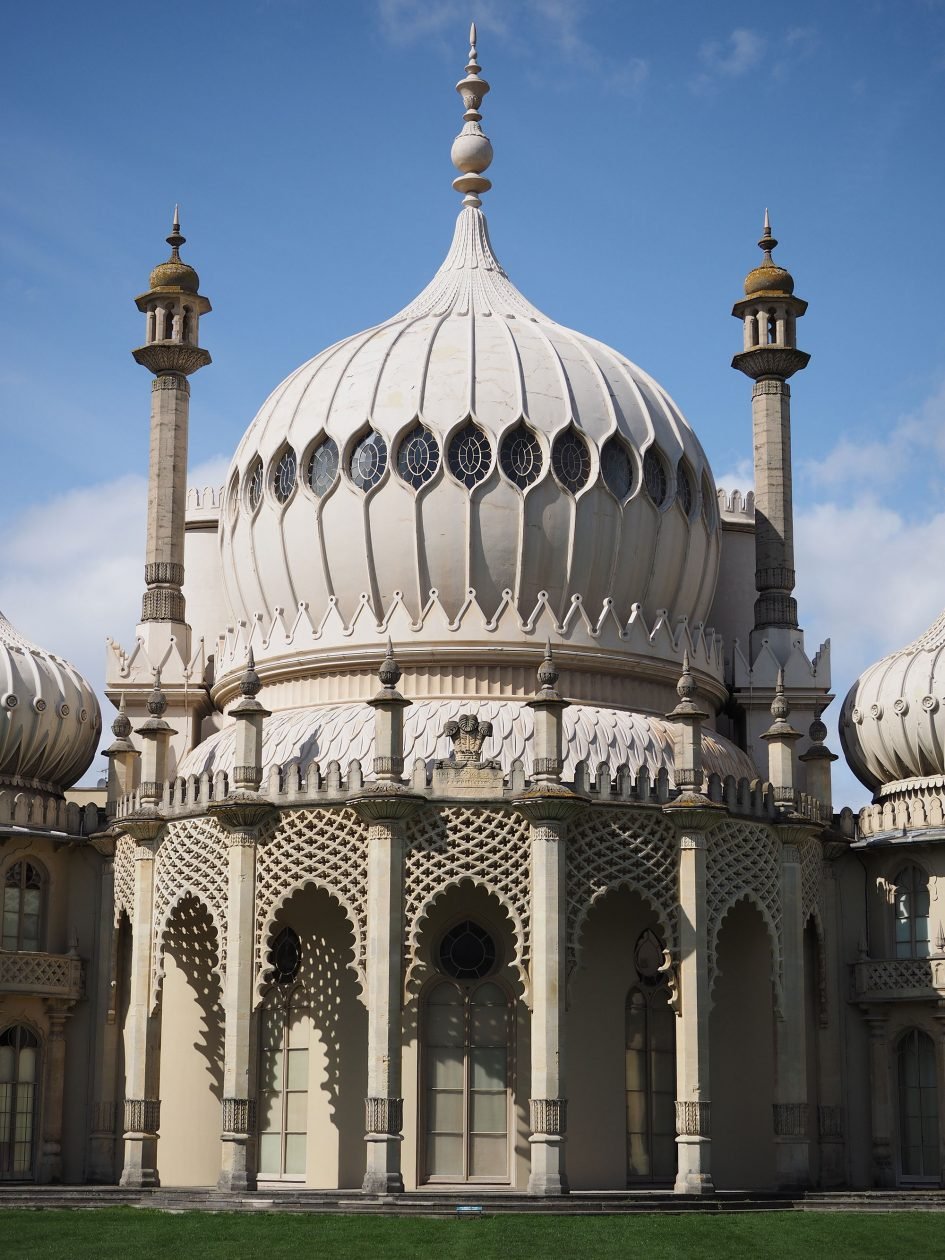 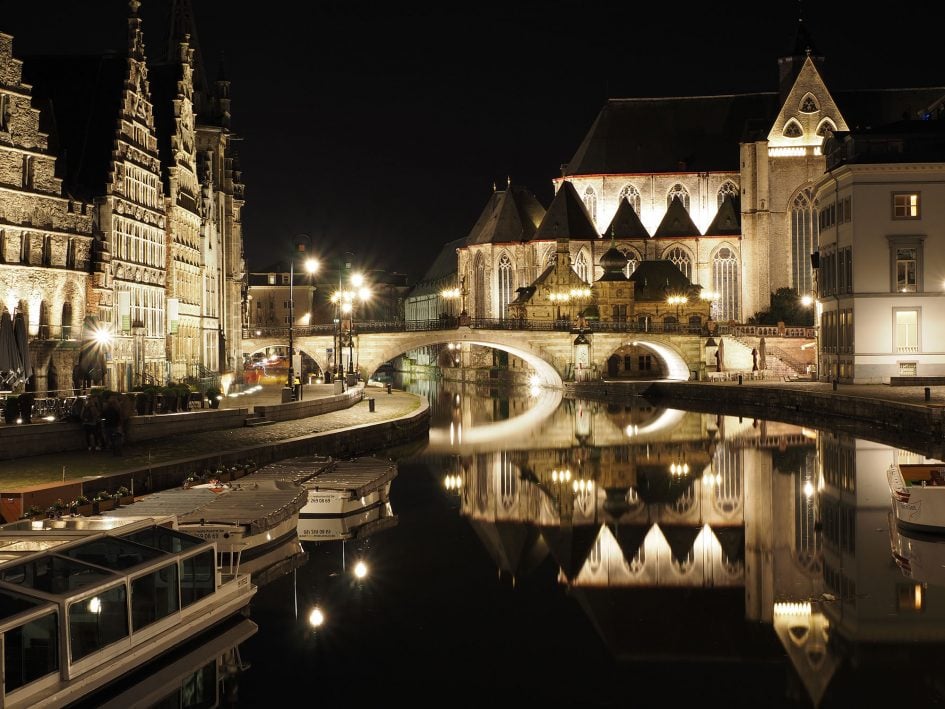 If you want the maximum 1:1 reproduction, you’ll need to position the Lumix 30mm, Leica 45mm or Olympus 60mm at a distance of 10, 15 or 19cm respectively. Written-down these numbers may not seem that different or even significant, but they refer to the distance from the subject to the focal plane, which in turn means you’re going to be much closer to your subject than you may at first realize for the maximum reproduction. Indeed with the Lumix 30mm, you’ll almost be touching it, which is not always convenient or practical.

At the closest distance, shadows from the lens itself can be a problem, and of course it may not even be that easy to get so close to the subject. Here’s a shot of a ruler taken with the Lumix 30mm from its closest focusing distance where it was difficult not to cast a shadow. I’ve put it alongside a shot taken with the Lumix 42.5mm f1.7 which can focus unusually close for a non-macro lens, but the difference in reproduction (not to mention lighting and shadows) is evident.

So when choosing a macro lens, the focusing distance required to achieve 1:1 reproduction is an important factor to consider. The longer focal lengths generally allow you to achieve the maximum reproduction from further away, but you may not find their coverage as useful for general-use. Again I found it hard to shoot at 1:1 on the 30mm without dedicated macro lighting, but I did find it the most useful focal length of the three macros for general-purpose use. Here’s a few more examples taken close to the maximum reproduction. 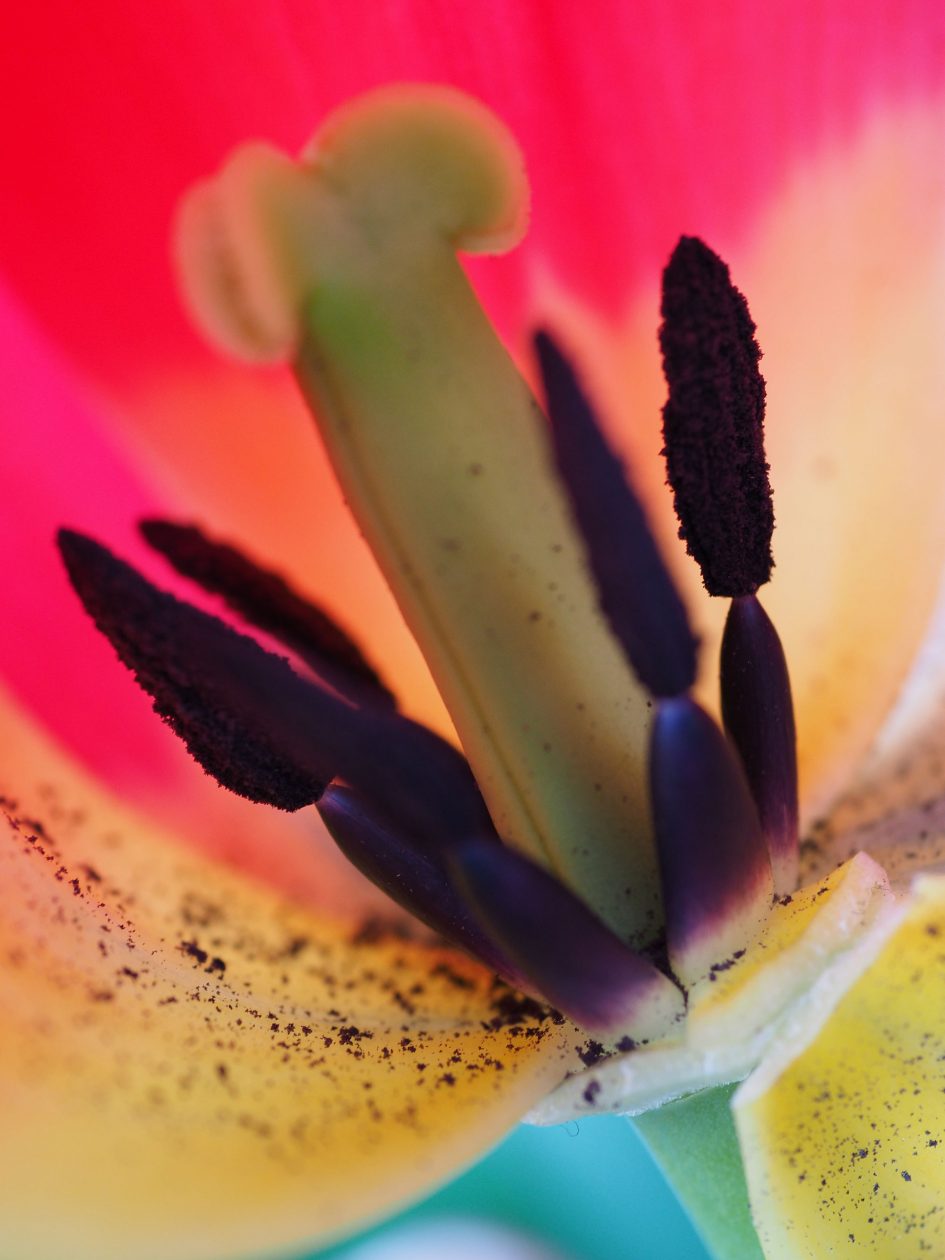 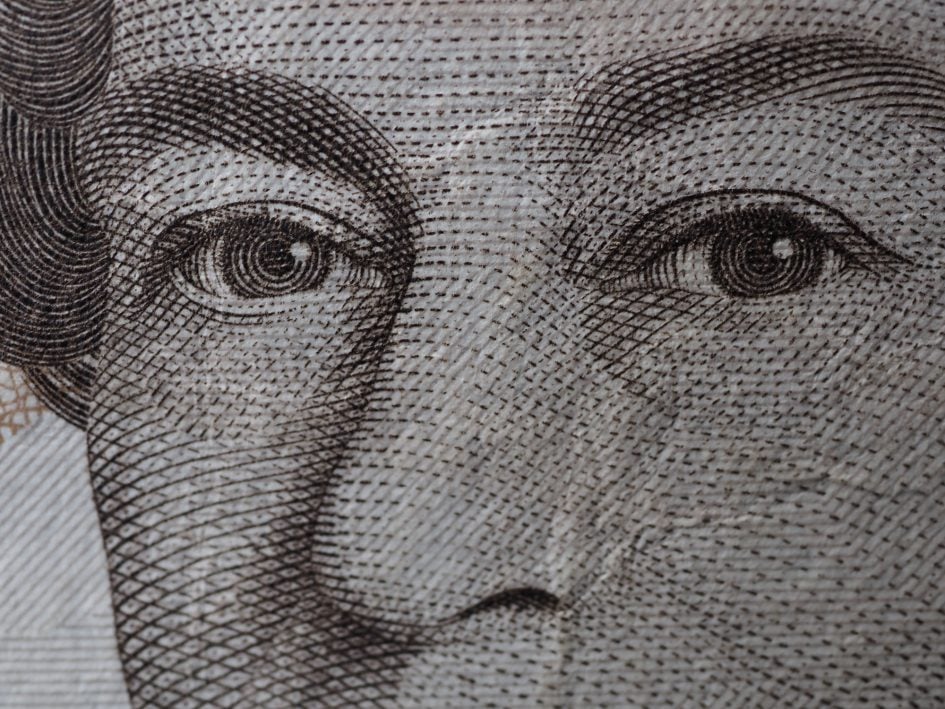 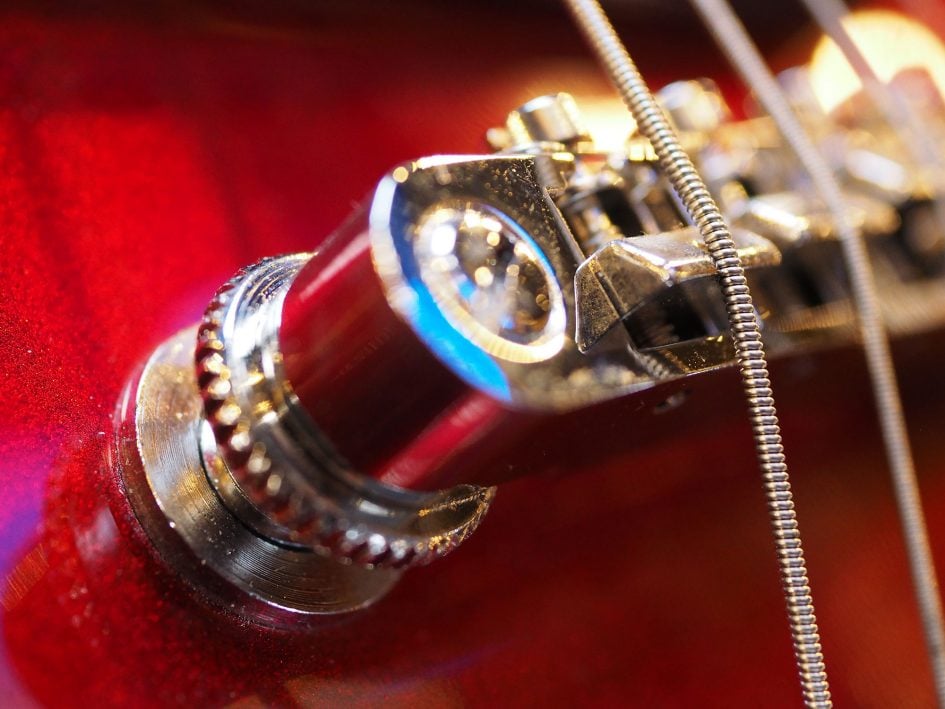 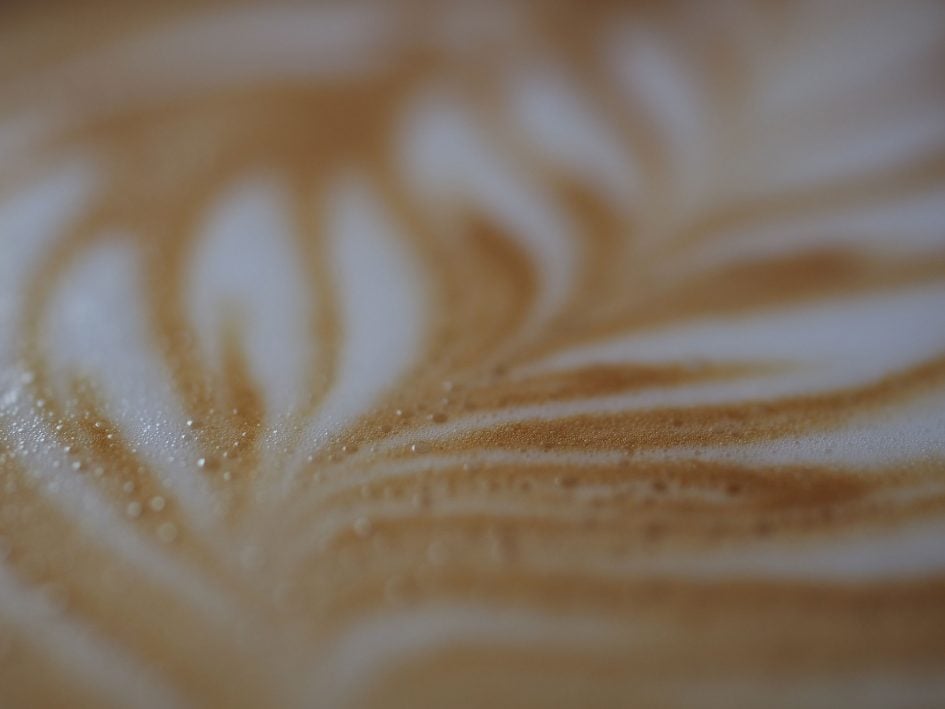 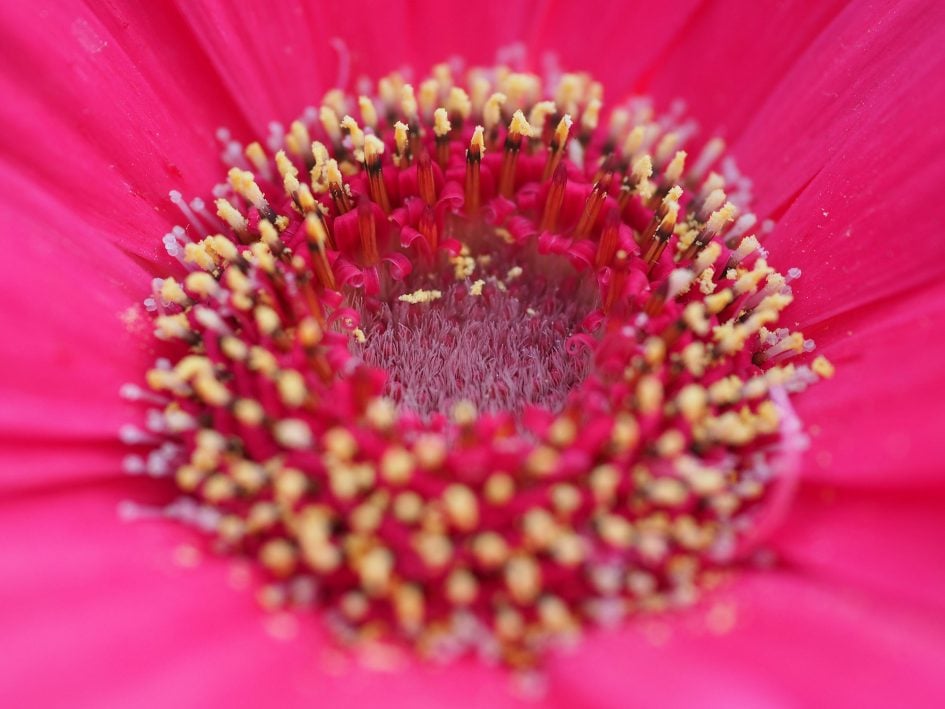 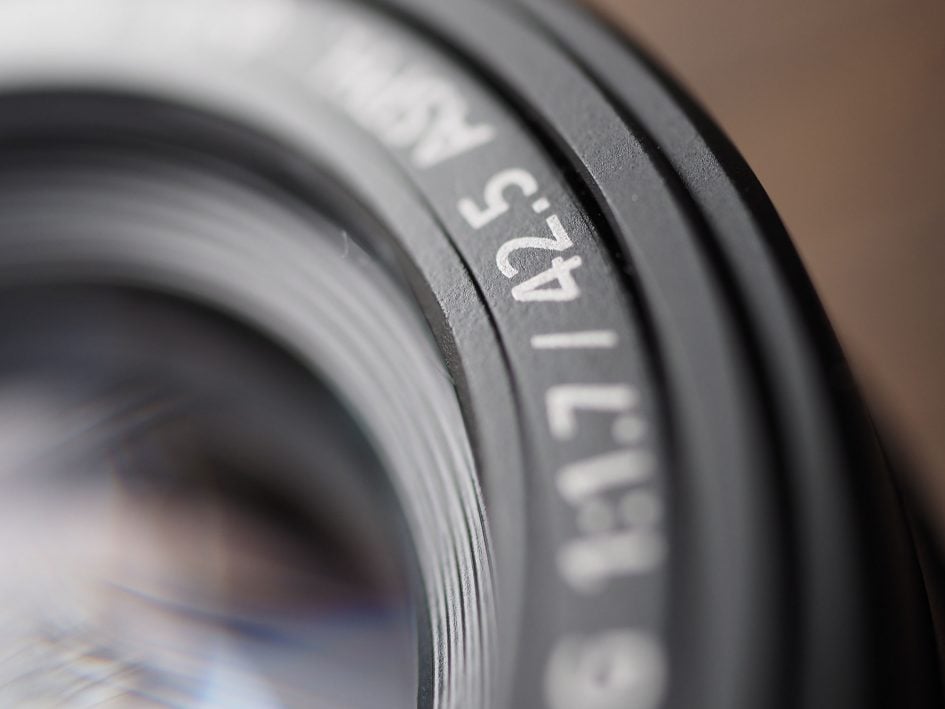 In terms of aperture, all three of the macro lenses offer an f2.8 focal ratio, which means they can deliver the same amount of light. They also all employ seven-bladed aperture systems. In terms of depth of field, the lenses with the longer focal lengths will deliver a potentially shallower effect, which may sway your choice when shooting at normal distances, but in a macro environment, the depth of field is already so small you may prefer to have all the help you can get. To see the quality of the bokeh and the impact of the aperture as it closed, I shot this subject at a variety of apertures. 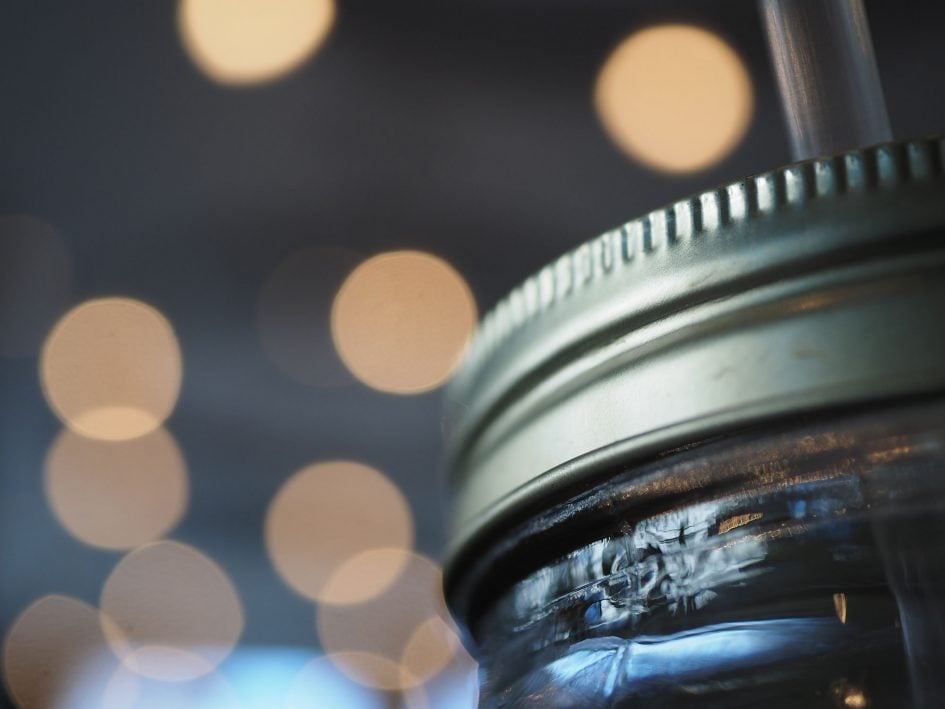 In the example above, the blurred specular highlights aren’t perfectly circular when the lens is wide-open, but they’re not unpleasant either, and at least there’s no onion-ringing to mention; the heptagon shape is expected as the aperture is closed. Judging from my previous results with the Leica 45mm f2.8, I’d say the Leica delivered superior rendering to the Lumix, but then it is a lot more expensive.

In terms of depth of field, the macro lenses with the longer focal lengths will deliver a potentially shallower effect, which may sway your choice when shooting at normal distances, but in a macro environment, the depth of field is already so small you may prefer to have all the help you can get.

At the other end of the scale, closing the lens aperture can also be used to deliver an artistic effect where diffraction can turn bright point sources of light into spiked shapes known as starbursts. The number of spikes corresponds to double the aperture blades, so all three macro lenses will render 14 spikes. Here’s how the Lumix 30mm Macro’s ‘starburst’ rendering compares to the Lumix 42.5mm f1.7 (a non-macro lens).

As you can see above, the Lumix 30mm f2.8 Macro delivers better-defined ‘starbursts’ than the Lumix G 42.5mm f1.7 when both are closed-down to small apertures. When wide-open, there’s the slightest hint of some fringing on the Olympus body I used for testing, but it’s not a serious issue at f2.8 or smaller.

When mounted on the Olympus OMD EM1 with the body’s stabilization disabled and Lens IS Priority set to off in the custom menu, I found I needed a shutter speed of 1/30 or faster to avoid camera shake. With the body stabilization enabled, I could handhold down to 0.5 seconds with the same quality, corresponding to four stops of compensation. With Lens IS Priority set to On, the body’s own stabilization didn’t kick-in during composition, but sounded like it was working during the actual capture. But the result was the same either way: half a second was my best result.

Mounted on the Panasonic Lumix GX7, it’s easier to know when the lens stabilization is running or not. Set to Off in the menus (when I believe the body based stabilisation is also disabled), I found I could handhold fairly successfully at 1/15 or faster under the conditions of the day. With Stabilisation enabled (again the lens IS takes priority over the body based IS on the GX7), I achieved a similar result at 1/8, providing one stop of compensation in practice. The results at 1/4 and half a second using stabilization were fairly good, but not as crisp as the body-based IS on the Olympus OMD EM1 under the same conditions.

Note at macro distances, any wobbles are greatly magnified, so for serious close-up work you should attempt to use faster shutter speeds than normal – even with stabilization – or better still use a tripod. 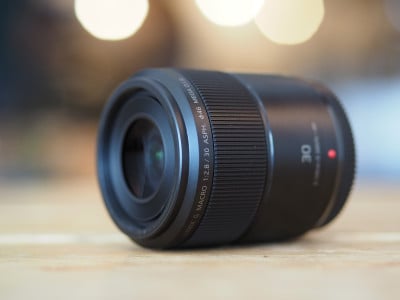