The Lumix FT7 / TS7 is a rugged waterproof camera with 20 Megapixels, a 28-128mm zoom, a built-in viewfinder and the chance to dive deeper than rivals to an impressive 31m. It's a bold bid to capture the premium waterproof rugged compact market from Olympus, so the big question is how it compares to the industry-leading TOUGH TG-5? In its favour, the Lumix FT7 / TS7 has the deepest waterproof rating of its peers, a viewfinder that makes it more practical for shooting out of the water, slightly longer telephoto reach, 4K Photo modes and a higher resolution with the potential to make bigger prints in good light. The TOUGH TG5 offers a wider lens (but a shorter telephoto), closer macro, built-in GPS, a temperature sensor, better quality slow motion video and superior overall image quality in low light thanks to a comfortably brighter lens and a lower resolution sensor. For deep divers, and those who spend more time on dry land, the Lumix FT7 / TS7 is the more flexible choice, but the TOUGH TG-5 remains the King in the water.

Check prices at Amazon, B&H, Adorama, or Wex. Alternatively get yourself a copy of my In Camera book or treat me to a coffee! Thanks!

The Panasonic Lumix FT7 (or TS7 as it’s known in North America) is the company’s latest rugged waterproof compact. It’s a major upgrade to the five year old (and now discontinued) Lumix FT5 / TS5 with an updated 20.4 Megapixel sensor and a stabilised 4.6x zoom with a range of 28-128mm.

Also new is a built-in 1,170k dot electronic viewfinder and the 3 inch LCD screen has an increased resolution of 1040k dots, compared with 460k dots on the FT5 / TS5. The FT7 / TS7 is waterproof to a depth of 31m – that’s deeper than any other waterproof compact – can be dropped from a height of 2 metres and subjected to a force of 100kgf with no ill effects. It’ll function in temperatures down to -10C.

Like other high-end Lumix compacts, it can shoot 4k video and also benefits from Panasonic’s 4K shooting modes that allow you to shoot a 30fps burst of photos at 8 Megapixel resolution. There’s Wifi, allowing you to connect to your phone to download images and shoot remotely. Unlike the earlier Lumix FT5 / TS5, there’s no built-in GPS, but you can tag images with positional data from your phone’s GPS.

A built in height/depth sensor and compass complete the picture and you can charge the FT7 / TS7 via it’s USB connector from any suitable power source. In my final review, find out if the FT7 / TS7 is the best waterproof rugged camera for you! 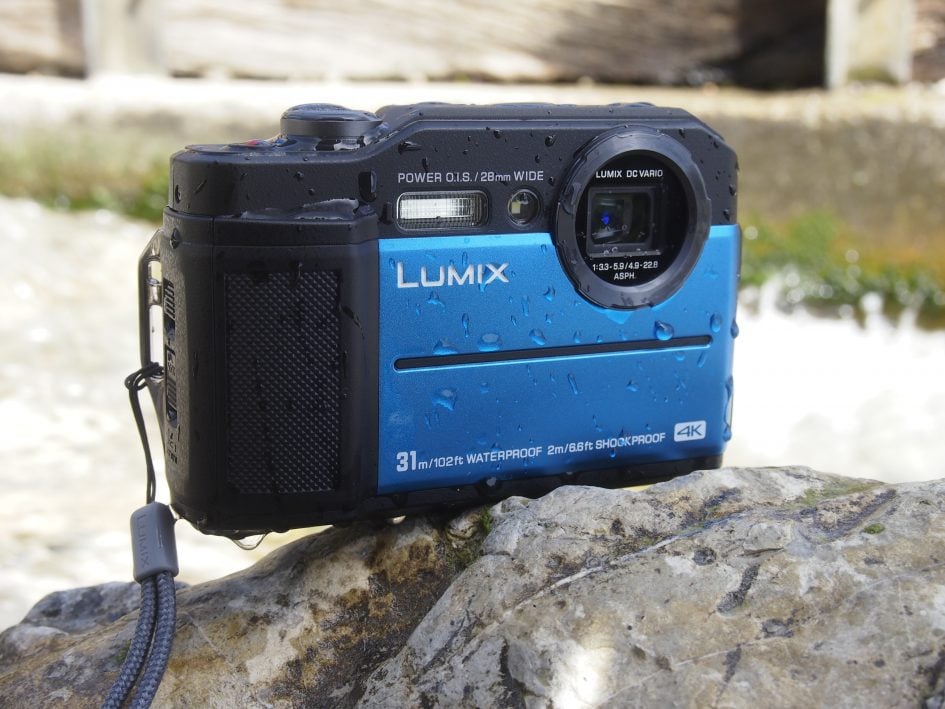 The Lumix FT7 /TS7 isn’t a massive departure from the FT5 in terms of design, but it is a little bigger and weightier. The chunky handgrip is a big improvement and you can turn on the AF assist LED and use it as a torch. As on earlier Lumix waterproof compacts, the lens is located at the top left and, despite the fact that it now has a large circular bezel, you need to take care to keep your fingers out of the way. 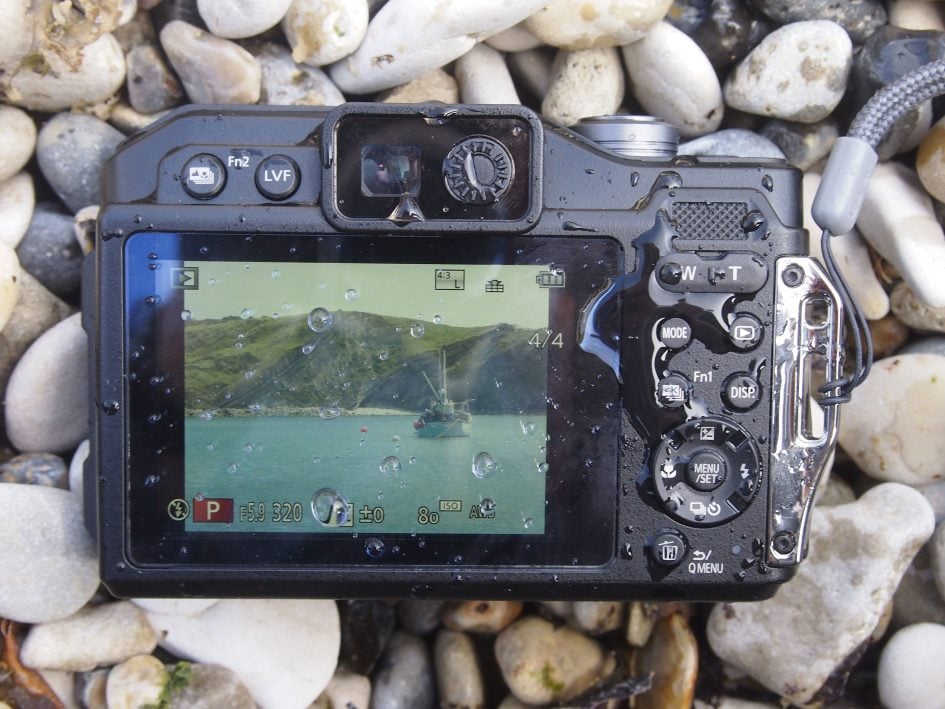 The new 1040k LCD provides a clear bright image, but like all screens it can be a little difficult to see in bright sunlight. Which is where the new 1,170k dot electronic viewfinder comes in very handy. To be honest though, you’re only going to be using it on dry land, or in very calm conditions as it’s almost impossible to use if you’re in the water in choppy conditions. That said, the image is clear, bright and steady and it’s great for use in the sunshine and for keeping track of your subject when fully zoomed in. There’s no eye sensor for the EVF, a single press of the LVF button to the left toggles between it and the LCD display. 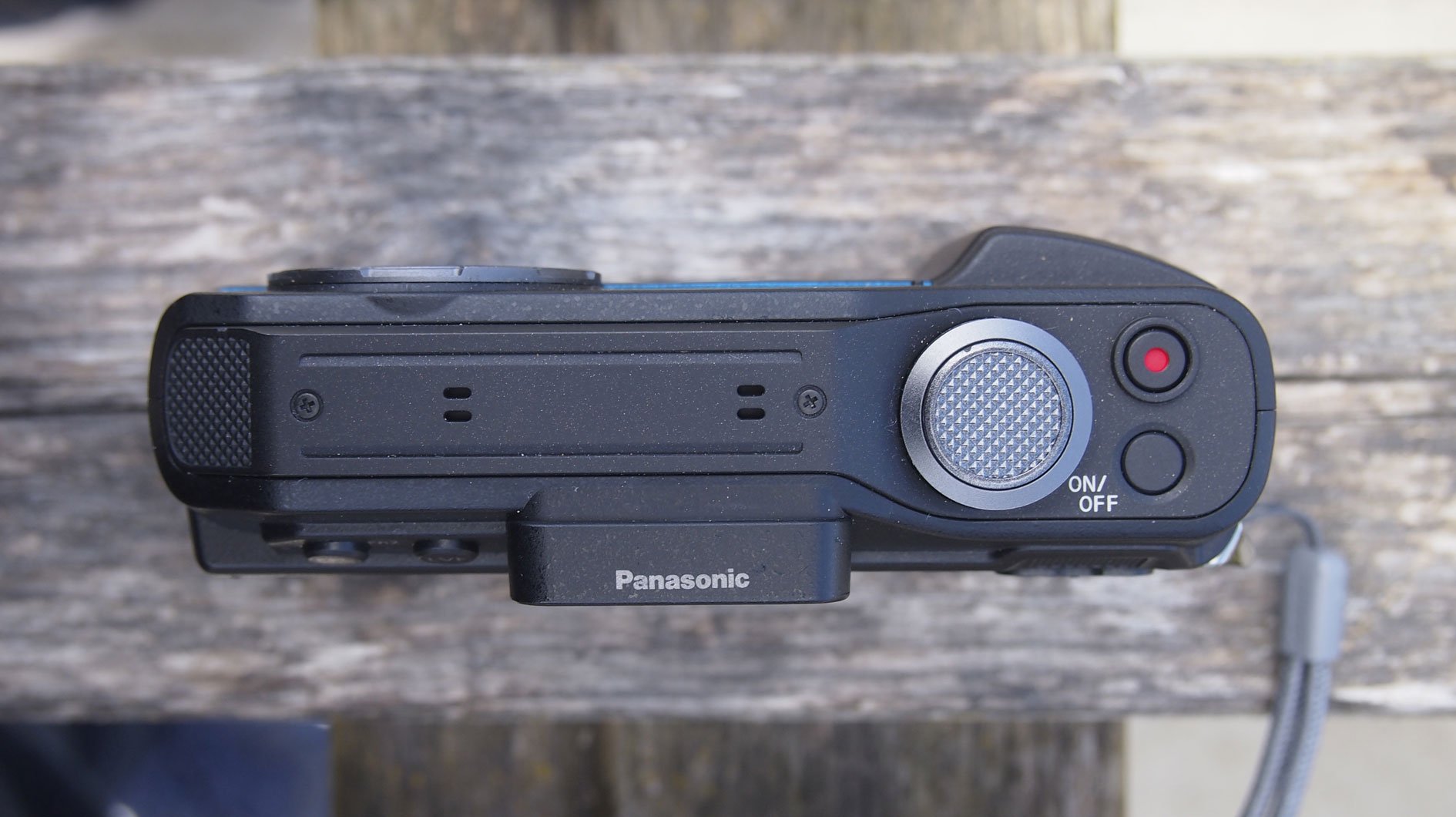 In top of the Lumix FT7 / TS7 there’s a nice big shutter button that you really can’t miss. Like most waterproof compacts, the zoom is controlled by a rocker on the rear panel. The thumb rest above the zoom rocker is, well let’s call it ungenerous, and on a few occasions I discovered I had zoomed all the way in without meaning to. The battery and card are located behind a sealed door on the right with a double catch – one to close and one to lock. When in the unlocked position the locking tab displays a red warning tag. 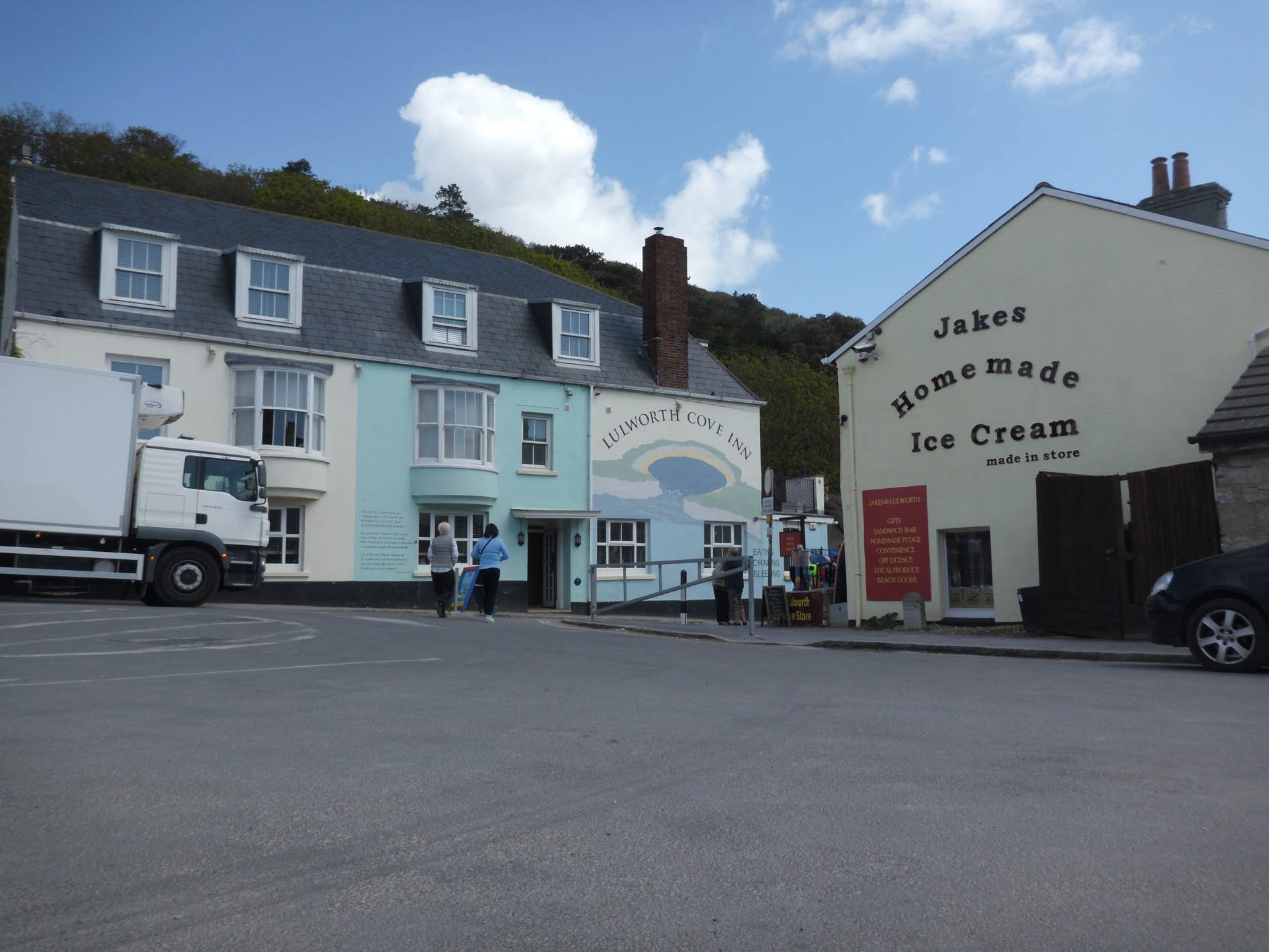 This photo shows the angle of view with the Lumix FT7 /TS7 at its maximum 28mm equivalent wide angle setting. Good for selfies and group shots, but not as wide as an action cam or the 25-100mm Olympus TOUGH TG-5. 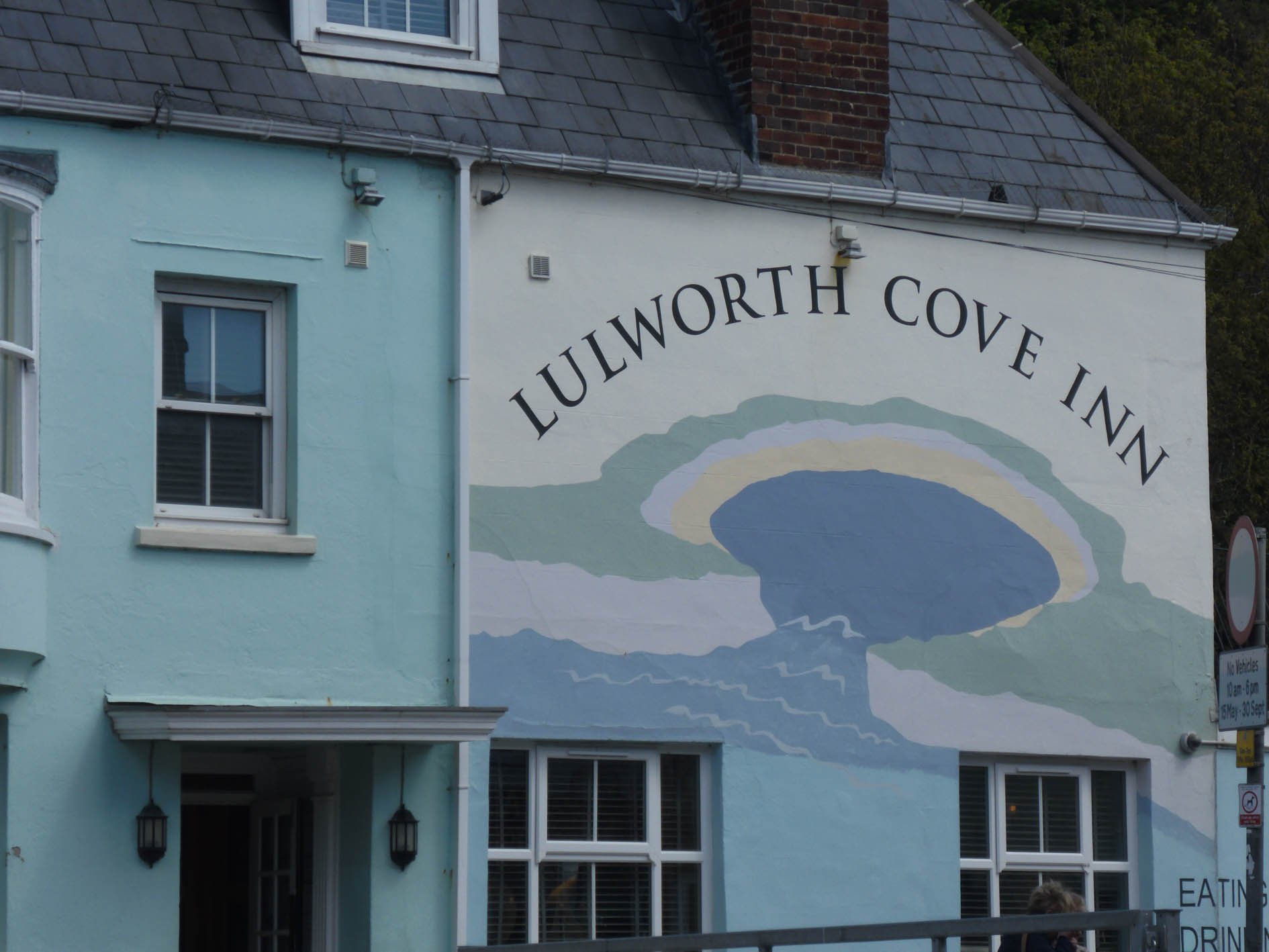 Here’s the angle of view with the Lumix FT7 /TS7 zoomed all the way in to 128mm. The FT7 / TS7’s lens has a maximum aperture of f3.3 at the wide angle setting, closing to f5.9 when fully zoomed in. So although it’ll get you a little closer to the action than the TOUGH TG-5, its lens is nowhere near as bright as the TG5’s f2.0-4.9 lens. That means that underwater and in low light, you’ll be shooting at higher ISO sensitivity settings with noisier images as a result.

If you can’t get everything in with the Lumix FT7 / TS7’s 25mm wide angle, it has an excellent panorama mode. You just press the shutter button and pan the camera and the FT7 / TS7 automatically stitches the images together to provide a 180 degree view. Panoramic photos have a resolution of 8176 x 1744 pixels, so you could make a good quality print around 40 x 9 inches or 100 x 23 centimetres. 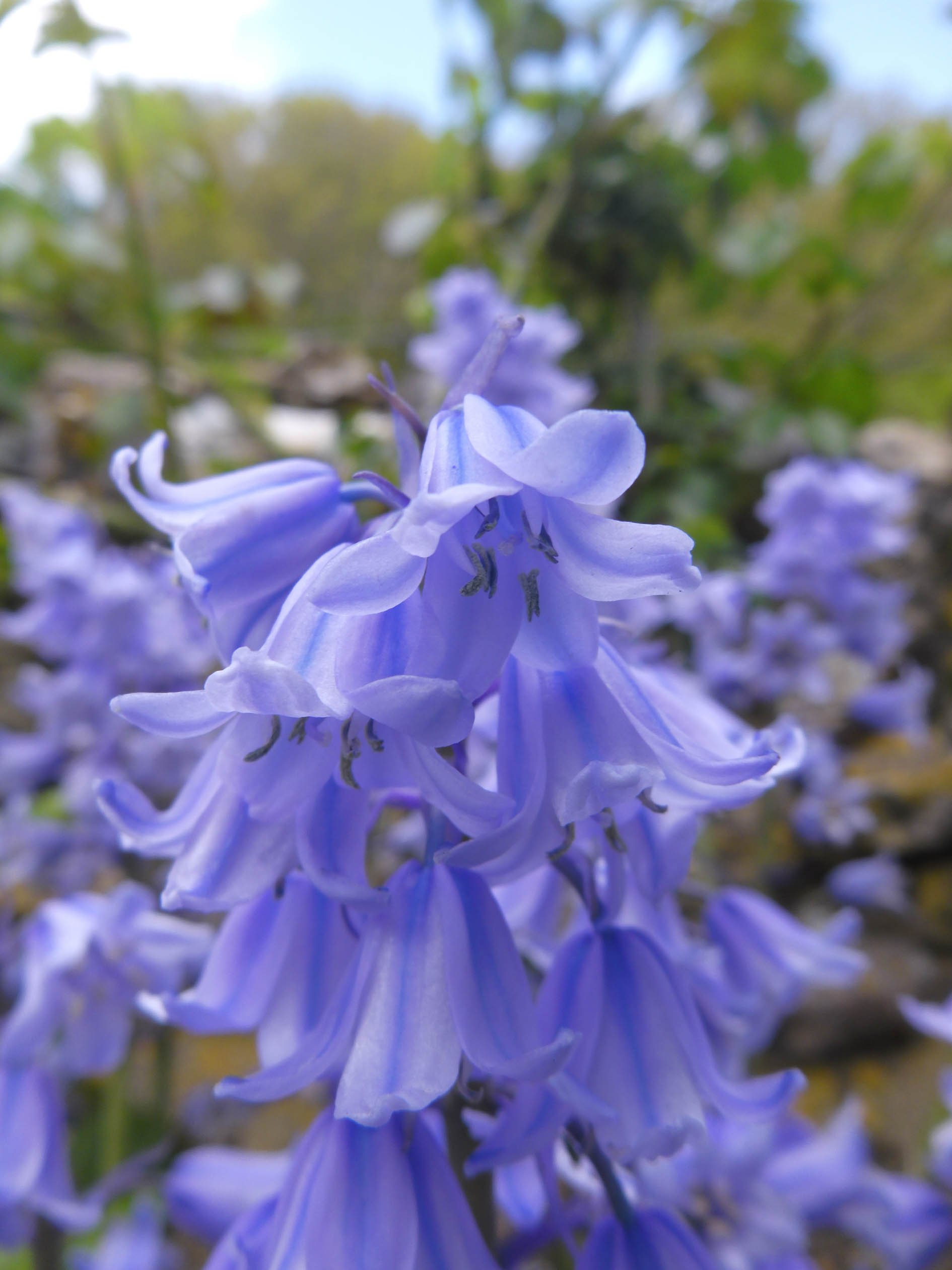 The Lumix FT7 / TS7 can focus as close as 5cm from the lens. That’s not really close enough to fill the frame with really small stuff, like insects or little fish, but for flowers and bigger creatures like crabs, or jellyfish it’s more than up to the job. When you’re this close to the subject, providing the FT7 / TS7 selects f3.3, the background is nicely blurred. 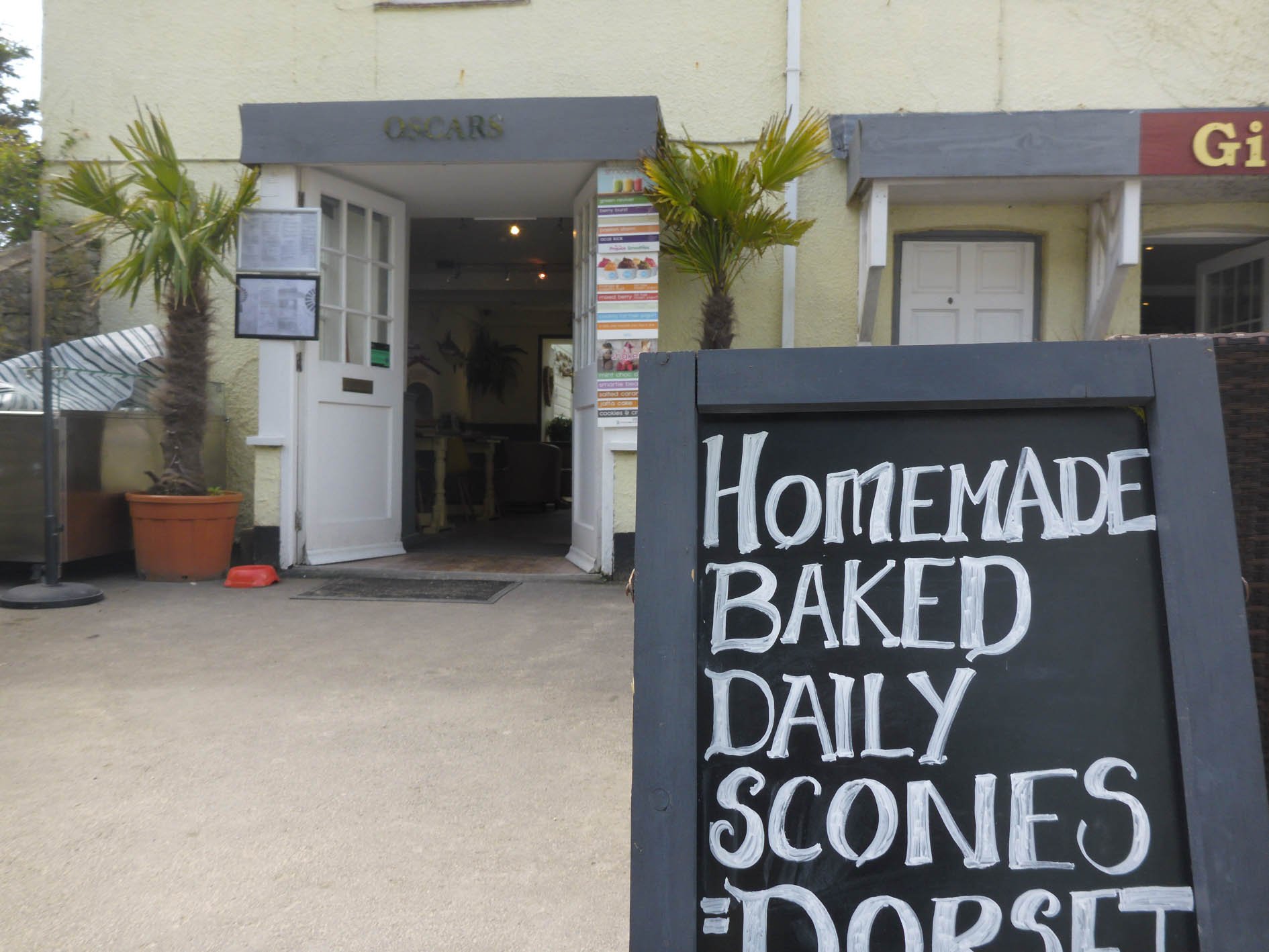 In Progam auto mode the Lumix FT7 / TS7 may not choose the widest aperture, particularly in bright conditions, so if you want to blur the background you’ll need to switch to Manual exposure mode. This allows you to select one of two aperture settings and to vary the shutter speed. There’s no Aperture or Shutter priority mode, only fully manual. Here the FT7 / TS7 wanted to choose f10 in Program Auto mode so I switched to Manual, selected f3.3 and focused on the sign board. Even then, the background isn’t all that blurred.

Here a sample of the Lumix FT7 / TS7 in High Speed Video mode where it shoots at 100fps for quarter speed playback at 25fps. 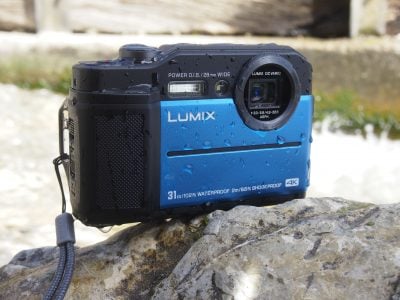 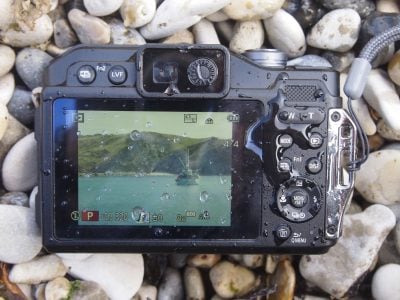