The Summilux 12mm f1.4 is the sixth collaboration between Panasonic and Leica for Micro Four Thirds bodies and, like the five before it, delivers excellent results. The optical and build quality are a step-up from the Olympus 12mm f2, but equally it’s comfortably larger, heavier and a lot more expensive too.

In my tests, the Summilux 12mm f1.4 delivered sharp results into the corners even with the aperture wide-open; indeed just about the only evidence of shooting at the maximum aperture is some vignetting (darkening in the corners) which is easily correctable, and essentially disappears when you close it down a stop. The combination of a brighter focal ratio and a closer minimum focusing distance also allows the Summilux to produce a shallower depth-of-field for close-ups than the Olympus and I enjoyed this additional flexibility over rival models. Like other Leica / Panasonic collaborations, the colour, contrast and rendering are all very satisfying to my eyes – check out my Gallery page for a selection of samples showing its quality and flexibility.

I also appreciated the dust and splash proof construction and while the aperture ring only works on Lumix cameras, it provides a pleasant experience for owners of Panasonic bodies. All-in-all, it’s the best quality and brightest 24mm equivalent lens for Micro Four Thirds bodies to date, but again it’s also by far the most expensive. 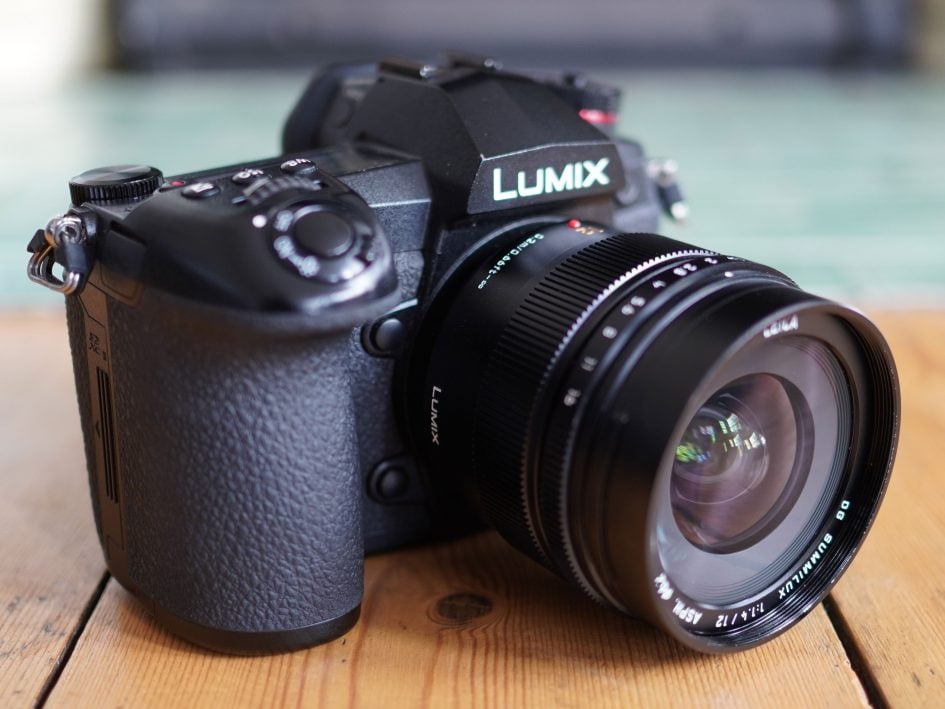 To put it in perspective, the Summilux 12mm f1.4 costs over twice the price of the Olympus 12mm f2 and while it’s sharper wide-open, both lenses will deliver roughly similar results if you can close them to f4. The Olympus also enjoys the benefit of being considerably smaller and lighter, which is great if you’re shooting from a drone or simply mounting it on a smaller body and in my tests, both shared similar focusing speeds too. If size isn’t an issue, you really have to ask yourself if you’ll exploit the sharper corners at apertures larger than f4, whether you need the extra stop of aperture and whether the weather-sealing is important to you – and ultimately if they’re worth spending double on. 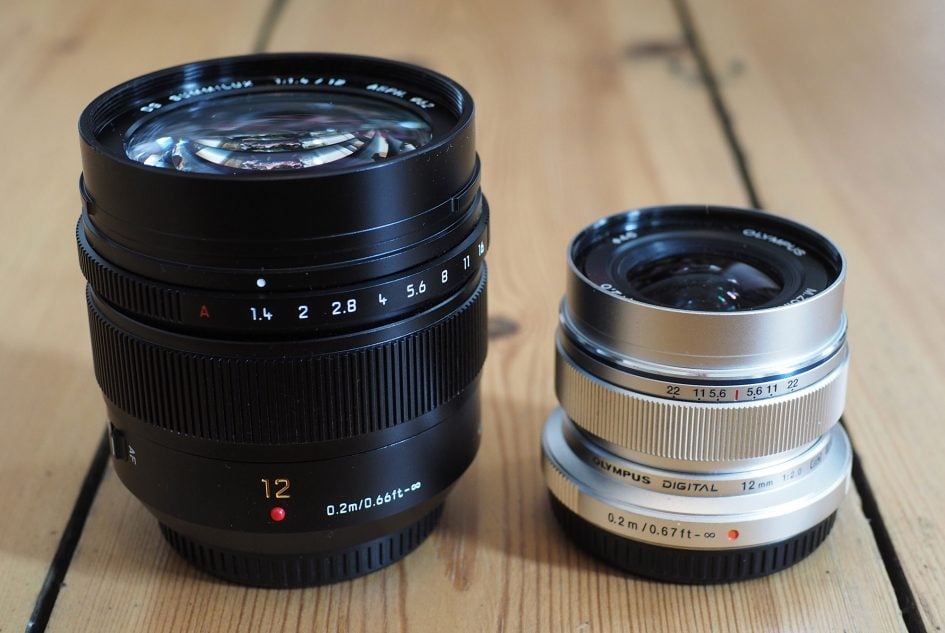 There are also more than two 12mm lenses available for the Micro Four Third system. Samyang offers a 12mm f2 which may be manual focus-only, but comes in at an even lower price point – typically two thirds that of the Olympus or one quarter that of the Summilux. Then there’s the various zooms which include the 12mm focal length, such as the excellent Olympus 7-14mm f2.8 which again may not match the corner sharpness wide-open, and of course is two stops slower, but enjoys the flexibility of a zoom range and still comes in a little cheaper than the Summilux. If you shoot multiple formats, you may also be interested in comparing the Summilux to the Fujifilm XF 16mm f1.4 which roughly matches the build and optical quality at two thirds the price.

Ultimately the Summilux 12mm f1.4 is an unashamedly premium lens that compliments existing options rather than directly targeting them – and I salute Panasonic for taking this approach. It further enhances the already broad catalogue of Micro Four Thirds lenses where there’s typically two or three options at every popular focal length. This degree of choice is what I love about the system, and the Summilux 12mm f1.4 is a very welcome addition that comes recommended.

Check prices on the Leica 12mm f1.4 at Amazon, B&H, Adorama, or Wex. Alternatively get yourself a copy of my In Camera book or treat me to a coffee! Thanks!
Back to: In depth