To compare real-life performance I shot this scene with the Olympus TOUGH TG-2 iHS, the Nikon AW1 and the Panasonic Lumix FT5 / TS5, within a few moments of each other using their best quality JPEG settings.

Both the Olympus TOUGH TG-2 and the Panasonic Lumix FT5 / TS5 were zoomed in a little from their maximum wide angle lens setting to provide an equivalent field of view to the Nikon AW1 fitted with the 11-27.5 zoom with it’s 30mm equivalent wide angle.

For this test all three cameras were set to Program Auto mode. Image stabilisation was turned off and the camera settings were otherwise left on the defaults.

The crops from the Olympus TOUGH TG-2 iHS don’t hold any surprises, overall the quality and level of detail is what you’d expect from a compact sensor; it’s neither fantastically good, nor particularly poor, fairly average, in other words. You can make out medium sized detail like the doors and windows in the chapel of the first crop, but finer detail in the stonework is beyond the TOUGH TG-2’s lens and sensor combination and the edges are a little soft.

The lighthouse in the second crop is a little indistinct, but the slightly hazy conditions are at least partly responsible for that. In the middle ground of this crop, however, the roofs and window frames also look a bit fuzzy. In the third crop from close to the frame edge, the detail is less distinct and colour fringing is adding to the problem. Finally, in the fourth crop from closer to the centre of the frame there’s a marked imrpovement with cleaner edges to horizontal and vertical lines and and an improved level of detail.

So an adequate, if lacklustre performance from the TOUGH TG-2. But bear in mind that these fairly minor shortcomings will only be visible at close to full size, so unless you’re making big prints, or cropping in a lot, it’s unlikley to be an issue.

Compared with the crops from the Nikon AW1 alongside there’s a clear and obvious difference with the bigger sensor and superior optics of the AW1 delivering cleaner crisper crops with a higher level of fine detail resolved right across the board. That’s what you’d expect and the AW1 doesn’t disappoint, though it’s quality that comes at a higher price (and larger body) than the TOUGH TG-2.

The Panasonic Lumix FT5 / TS5 also does better than the TOUGH TG-2 here, though not to the same degree as the Nikon AW1. It too has cleaner edges and more detail and its 16.1 Megapixel sensor produces slightly larger detail.

To see how these models compare at higher sensitivities check out my Olympus TOUGH TG-2 Noise results. 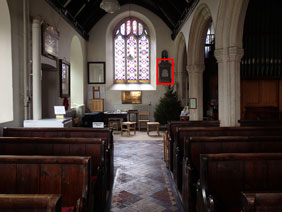 To compare noise levels under real-life conditions, I shot this scene with the Olympus TOUGH TG-2 iHS, the Nikon 1 AW1 and the Panasonic Lumix FT5 / TS5, within a few moments of each other using their best quality JPEG settings at each of their ISO sensitivity settings.

Both the Olympus TOUGH TG-2 and the Panasonic Lumix FT5 / TS5 were zoomed in a little from their maximum wide angle lens setting to provide an equivalent field of view to the Nikon AW1 fitted with the 11-27.5 zoom with it’s 30mm equivalent wide angle.

For this test all three cameras were set to Program Auto mode. Image stabilisation was turned off and the camera settings were otherwise left on the defaults.

Just to remind you that the three sensors we’re comparing in the Olympus TOUGH TG-2, Nikon AW1 and Panasonic Lumix FT5 / TS5 have resolutions of 12, 14 and 16 Megapixels respectively, which means the crop area gets progressively smaller with slightly larger detail as you go from left to right in the table below. Another thing to bear in mind when looking at these results is that the Nikon AW1 has a larger sensor than the 1/2.3in compact sensor in the other two models.

So what of the TOUGH TG-2 crops? Interestingly, at the base 100 ISO sensitivity, the TOUGH TG-2 is already showing signs of noise with visible textures in the wall, mottled edges and ragged text. You can just about read the text in the 100 ISO crop, but by 200 ISO it’s already beyond legibility. At 400 ISO there doesn’t appear to be much of an increase in the noise, but the detail has taken on a clumpy appearance due to the noise reduction. 400 ISO is about the upper limit for shots you intend to view at full size or crop heavily. At 800 ISO things take a distinct turn for the worse with all but the larger details now obscured and at 1600 ISO things are starting to look decidedly impressionistic.

To put this in context, though the 3200 ISO crop looks awful, viewed at smaller sizes it’s passable, the noise is only an issue at closer to full sized reproduction. Even at smaller sizes the 6400 ISO shot looks ropey though, and is clearly a step too far for a sensor this size.

The Lumix FT5 / TS5 underexposed the test scene in Program auto mode, but though the crops are darker the noise levels are lower and image quality better than the TOUGH TG-2 at least up to 800 ISO. From there on up, like the TOUGH TG-2 it struggles to maintain image quality in the face of very high noise levels. Again, though, it’s worth reiterating that while these higher ISO crops don’t look pretty at 100 percent view, at smaller sizes they are perfectly passable.

While the Nikon AW1’s bigger sensor is the winner here for lower noise at higher sensitivities, it’s important to take into account the typical ISOs that will be deployed by each camera under the same conditions. The Olympus TG-2’s bright lens gathers over twice as much light as the AW1 (with the zoom kit) and FT5 / TS5 when all three are zoomed-out to wide angle, allowing it to use a lower sensitivity under the same conditions – for example 200 ISO versus 500 ISO on the other two. Plus if your subject isn’t in motion, the optical stabilisation of the TG-2 and FT5 / TS5 allow both to use slower shutter speeds and therefore lower ISOs than the AW1 who’s waterproof lenses are not stabilised. Put together these can erode some of the advantage of the AW1’s bigger sensor.

Now head over to my Olympus TOUGH TG-2 sample images to see some more real-life shots in a variety of conditions, or head straight for my verdict.