The Olympus OMD EM10 Mark III is a compact, friendly, affordable and feature-packed camera that manages to satisfy both beginners and more advanced photographers alike. It may at first glance appear to be a fairly minor refresh over its predecessor, the EM10 Mark II, but the upgrades greatly enhance what was already a very compelling camera. The Mark III not only gains very respectable 4k video bringing it up-to-date, but now presents its wealth of advanced shooting modes in a much more approachable and accessible manner than previous Olympus bodies.

There’s small tweaks throughout that make the camera easier to use from an overdue cleanup of the menus to a useful button that presents options specific to the mode you’re currently using; but it’s the new AP mode that really transforms the camera’s operation. Previous Olympus cameras weren’t short of advanced shooting capabilities, including silent drive modes, a wealth of long exposure options, focus bracketing and keystone correction, but they were scattered across the user interface and hard to find even for experienced owners. Now on the Mark III the majority are gathered and relocated into the Advanced Photography (AP) mode where they’re presented in much simpler form. Sure, the exposure mode now effectively becomes Program for all of them, but you can still shift to rebalance the shutter and aperture if necessary, and more importantly I believe many more people will find, use and enjoy them.

Meanwhile the things that made the earlier Mark II so good remain present and correct. The body is a triumph of miniaturisation: small but comfortable with excellent tactile controls and surprisingly solid build for the price point. The built-in stabilisation, always a highlight on Olympus bodies, may have been improved on higher-end bodies, but is still remarkably good here, especially when deployed with the new 4k movie mode; engage the additional digital stabilisation and you can briskly walk and still enjoy smooth footage. And while Olympus hasn’t upgraded the viewfinder, screen or Wifi facilities, they’re still competitive at this price point.

In the video below, Doug Kaye and I discuss everything you need to know about the Olympus OMD EM10 Mark III ! I also have an audio podcast of this discussion below or you can subscribe to the Cameralabs Podcast at iTunes.

There’s two potential weak-points of the OMD EM10 Mark III, and they’re the same as its predecessor: first the resolution of ‘just’ 16 Megapixels is now looking fairly modest when most rivals sport 24 Megapixels and with larger APSC sensors too. Second, the contrast-based AF system may be great for static subjects and works well in low light, but still can’t confidently track subjects approaching at speed, at least in my tests.

It’s also revealing that both are resolved by models like Sony’s Alpha A6000 which shoots faster, focuses very confidently in sporting environments, and boasts a larger and higher resolution sensor. But the A6000 doesn’t have built-in stabilisation, it doesn’t have 4k video, the screen isn’t touch-sensitive, it’s nowhere near as friendly, and in my view it doesn’t feel anywhere near as good. But if you mostly shoot action and sports, the Sony will still serve you much better – see my Sony A6000 review for more details.

Then there’s models like the Fujifilm XT20 which again features a larger and more detailed 24 Megapixel APSC sensor, as well as better continuous autofocus than the Olympus, although again it misses out on built-in stabilisation and it costs a lot more too. If your budget can stretch though, it’s well worth a look – see my Fujifilm XT20 review for more details.

So the questions you need to ask yourself are whether 16 Megapixels are sufficient, whether the Micro Four Thirds sensor is big enough, and are your subjects mostly static or mostly moving? The last question is easy to answer: if you mostly want to shoot sports, active kids or pets, you’re better off with a camera that has a phase-detect autofocus system and can confidently track them like the Sony. But if they’re mostly static, you’ll enjoy the quick focusing of the Olympus that works well in low light and also has great face and eye detection.

In terms of the sensor size, yes, Micro Four Thirds is a little smaller than APSC and you will notice a difference in noise from about 1600 ISO upwards where both will deteriorate, but Micro Four Thirds more quickly. So ask yourself how often you’ll shoot at 1600 ISO or above? If it’s frequently (for example to freeze subjects in poor light), and you like images with the lowest noise, I’d recommend going for a camera with an APSC sensor instead. But if you can mostly shoot below 1600 ISO – and if the subject’s static, the built-in stabilisation will really help you keep to lower ISOs – then I think you’ll be fine with Micro Four Thirds. Plus the benefit of the slightly smaller sensor are smaller and lighter lenses.

If you’re convinced 16 Megapixel Micro Four Thirds is the way forward, it’s also worth considering the next model up in the Olympus range, the OMD EM5 Mark II. As an older model, it’s lacking 4k video, but beyond the EM10 Mark III it does sport a weather-sealed body, fully-articulated screen, larger viewfinder image, microphone input, PC Sync port, and improved stabilisation which also enables a composite mode that generates images with up to 40 Megapixels worth of detail (when the subject’s static). See my Olympus OMD EM5 Mark II review for more details. There’s also of course the older OMD EM10 Mark II to consider if you don’t need 4k and feel happy navigating the complex user interface; check out my Olympus OMD EM10 Mark II review for more details and possible bargains, but if the price difference isn’t huge, I’d recommend the newer Mark III.

The Olympus OMD EM10 Mark III is a compact, friendly, affordable and feature-packed camera that manages to satisfy both beginners and more advanced photographers alike. It may at first glance appear to be a fairly minor refresh over its predecessor, the EM10 Mark II, but the upgrades greatly enhance what was already a very compelling camera. The Mark III not only gains very respectable 4k video bringing it up-to-date, but now presents its wealth of advanced shooting modes in a much more approachable and accessible manner than previous Olympus bodies. Meanwhile it inherits the good viewfinder, tilting touchscreen and respectable built-in stabilisation all packed into a small but solid body with excellent controls.

The weaknesses remain the same as before though: it struggles to stay focused on fast subjects and the 16 Megapixel resolution sounds dated compared to the now almost standard 24 Megapixels. If you mostly shoot static subjects though, the AF system is fine and the resolution is also sufficient for most situations – certainly most of the images in my In Camera photography book were shot with 16 Megapixel bodies, many of which were from Olympus.

So for general day-to-day photography, the OMD EM10 Mark III is hard to beat for the money. It’s an attractive camera that’s enjoyable to use and delivers great results in most situations with ease, while offering plenty of room to grow. Recommended at this price point.

Check prices on the Olympus OM-D E-M10 Mark III at Amazon, B&H, Adorama, or Wex. Alternatively get yourself a copy of my In Camera book or treat me to a coffee! Thanks! 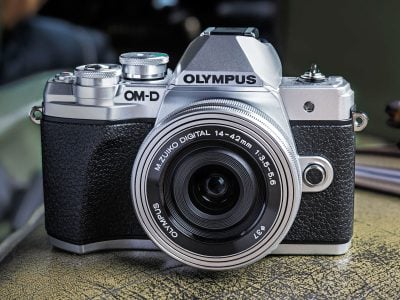 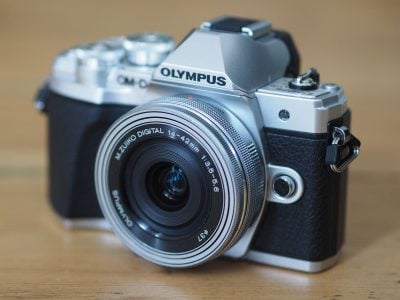