The Olympus 7-14mm f2.8 is another great lens for the Micro Four Thirds system. It manages to match or outperform the detail delivered by the already excellent Lumix G 7-14mm, while boasting an extra stop in aperture, the benefit of weather-sealing, and banishing its issues with flare. It also impressively matches the build and quality of the earlier 7-14mm f4 Four Thirds lens in a smaller form factor, while again delivering an extra stop in brightness and a native focusing experience with Micro Four Third bodies.

It is in short a very high quality lens you can confidently use at any focal length or aperture and be assured of great results. Sure if you pixel-peep the extreme corners you may notice fractional softness at the longer focal lengths when the aperture is wide-open at f2.8, but it’s barely noticeable in most situations and goes away at f4. Point it at bright lights and it behaves well with flare, and close the aperture down to f22 and you’ll enjoy attractive diffraction spikes. Meanwhile the bright f2.8 focal ratio makes it more practical in low light and even lets you achieve a little background blurring when focused close. I really have no complaint with the optical quality of this lens.

Neither do I have any complaints about the build quality. It feels solid and confident in your hands with smooth focusing and zoom rings, and the benefit of weather-sealing. Sure, there’s no filter thread, but then neither does any other ultra wide lens; I hope third parties like Lee produce similar ultra-wide mountings for the lens as they have for models like the Nikkor 14-24mm f2.8. 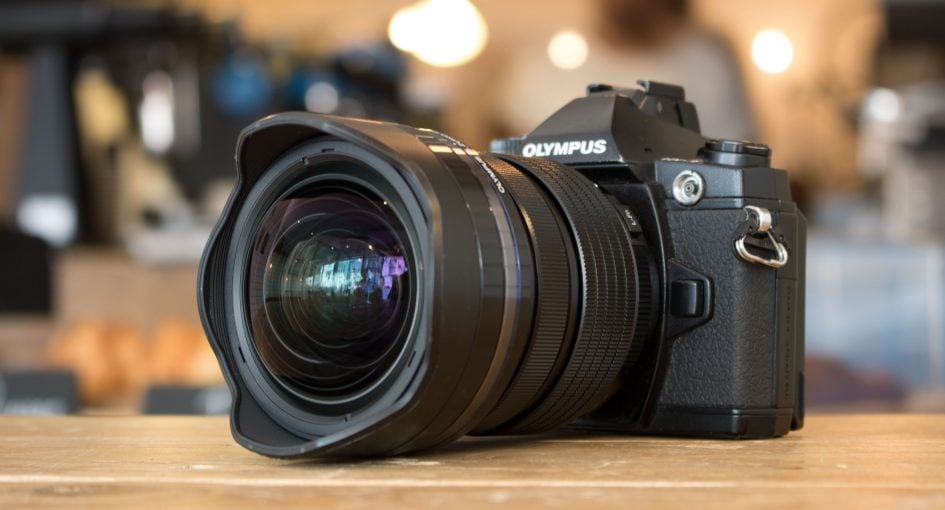 So with great optics, great build and great performance, what’s not to like? Well for starters it’s understandably more expensive than the Lumix G 7-14mm f4. It’s also noticeably bigger and heavier than the Lumix, occupying a larger portion of your bag and feeling best-matched with the larger Micro Four Thirds bodies like the OMD EM1 or Lumix GH4. If you’re using a smaller body, like the OMD EM5 without the optional grip, the 7-14mm f2.8 can feel quite front-heavy.

This is a good time to discuss the differences between the Olympus 7-14mm f2.8 and the Lumix G 7-14mm f4 as many photographers will be either weighing them up or deciding whether it’s worth upgrading. Both lenses deliver the same focal range and are also capable of capturing very fine details across the frame. In my tests the Olympus enjoyed an edge in quality, especially at larger apertures, but there wasn’t much in it. Both are great quality lenses. 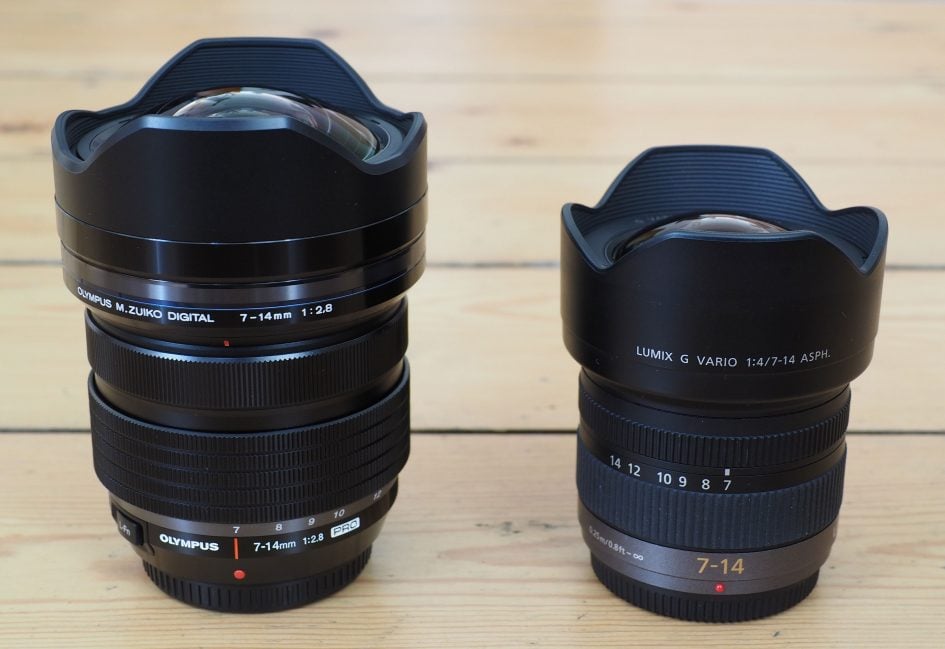 The second benefit of the Olympus over the Panasonic is build quality. The Panasonic may be a premium lens optically, but feels quite plasticky. In contrast the Olympus is built like a tank with smoother rings and weather-sealing.

The third benefit involves optical aberrations. The Panasonic may be sharp, but suffers from purple flare when pointed at bright lights on a dark background. This can plague shots of interiors or city skylines at night and annoyingly won’t go away if you close the aperture. It’s more obvious on Olympus bodies, but as I proved in my OMD EM1 review, it’s also visible on Panasonic bodies. In contrast the Olympus 7-14mm f2.8 managed to avoid flare under the same conditions, which could be enough to persuade owners of the Panasonic to upgrade.

If you do decide to go for the Olympus 7-14mm f2.8 though, you will again have to accommodate a noticeably larger and heavier lens and one that costs around 50% more than the Panasonic. As such it’s far from a no-brainer for owners of MFT bodies who love ultra-wide photography. If you own one of the smaller bodies, want to travel light and or have a more limited budget, the Lumix G 7-14mm f4 could still be your best bet; see my Lumix 7-14mm f4 review for more details.

But if you’re willing to accommodate the size and price, the Olympus 7-14mm f2.8 won’t disappoint. The almost uncompromised quality at f2.8 and weather-sealing lets you use it in situations the Lumix won’t, and while it may be large by Micro Four Thirds standards, it’s still a lot smaller – and cheaper – than pro-grade ultra-wides for larger formats. It’s almost becoming predictable, but here’s another Micro Four Thirds lens I can Highly Recommend.

Relatively large and heavy. Best matched to larger bodies.
No filter thread, but then neither do most ultra wides.
More expensive than Lumix G 7-14mm. 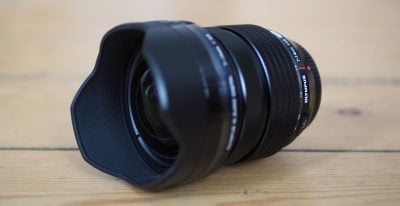 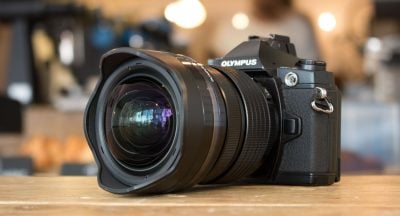