The Nikon 85/1.8G is a very good lens and represents excellent value for money. It’s the cheapest 85mm large aperture lens with AF across all Nikon bodies that you can buy and it delivers an image quality that is actually better in some respects than its larger (and 3-4 times pricier) sibling – the Nikon AF-S 85/1.4G. Contrast and sharpness is very good even wide open over the FX image-circle and resistance to color aberrations is also better than with the other 85mm lenses from Nikon. Overall it is a worthy successor to the AF 85/1.8D (which I really wouldn’t recommend buying any more). So it’ll come as no surprise to learn the Nikon AF-S 85mm f/1.8G easily earns our Highly Recommended award.

It can also be considered the longer companion to the AF-S 50/1.8G from April 2011 (see my Nikon 50mm f1.8G review) which is now also accompanied by the new AF-S 28/1.8G. So with a line-up of three new f1.8 primes at 28mm, 50mm and 85mm, Nikon has now completed the renovation of a set of FX-capable lenses that are considered the primary goal for people wanting large aperture prime lenses at a reasonable price.

On both DX and FX format bodies 85mm focal length is considered as a preferred candidate for portrait-photography as it gives you some distance from your subject which leads to a flattering perspective. This, combined with the capability to render blurred backgrounds with a smooth bokeh, makes large aperture 85mm lenses very sought after. Another use-case for 85mm primes is street-photography where you need some reach and a fast shutter speed. But as we’ll see later a 85mm lens may also be used for capturing landscapes.

So far Nikon’s new designs (the 50/1.8G and the DX 35/1.8G) have proven to be sharp and contrasty rendering neutral colors. This puts pretty high expectations on the newcomer. In this review I’ll have a look at Nikon’s newest 85mm f1.8G prime, and find out whether the lens lives up to the expectations. 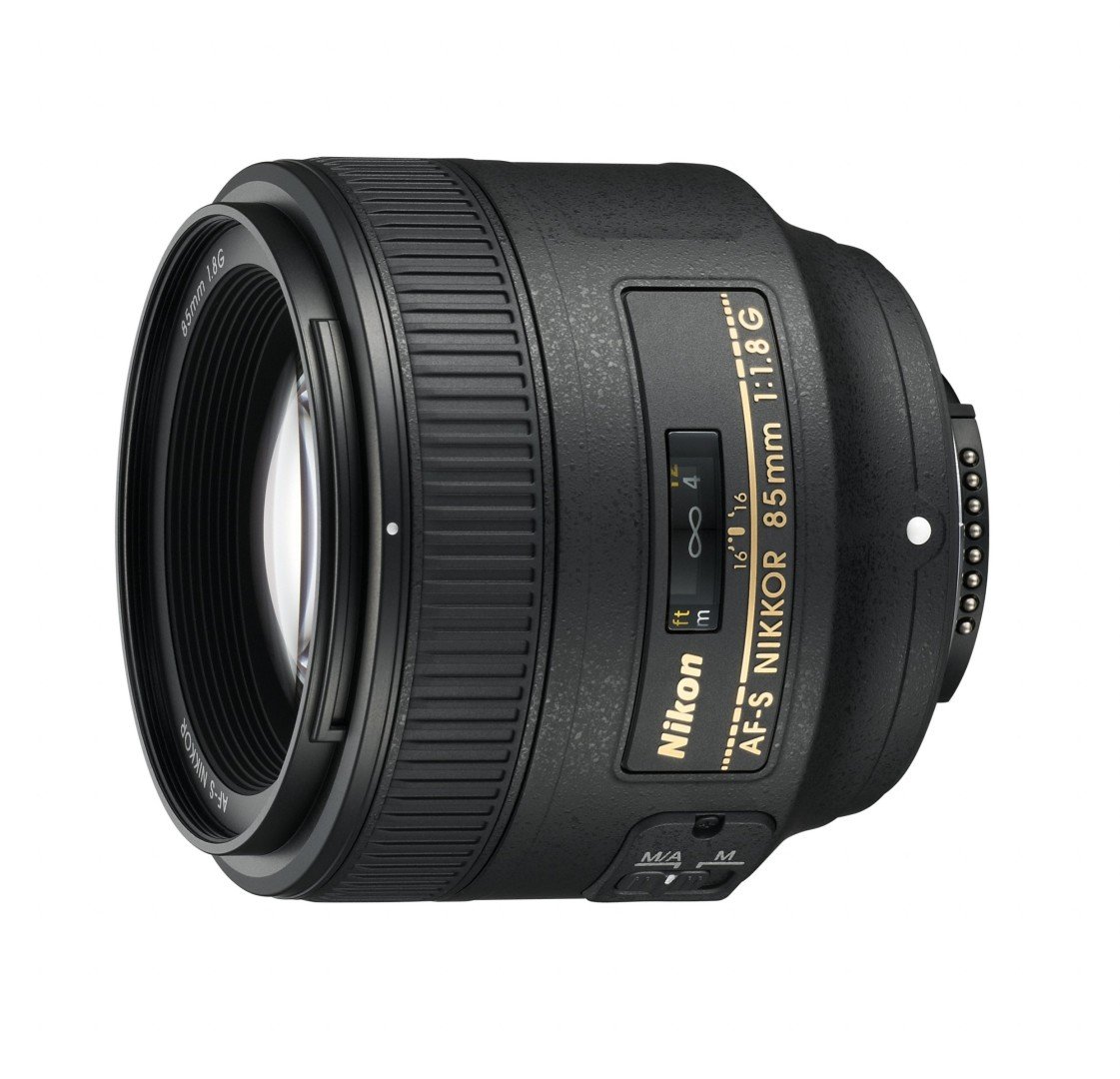 As usual I’ll have a look at the technical data first and make some comparison to similar lenses. I’ve rated the features with a [+] (or [++]), when it’s better than average or even state of the art, a [0] if it’s standard or just average, and [-] if there’s a disadvantage.

Optics: 9 elements in 9 groups vs. 6 elements in 6 groups on the 85/1.8D. But still this is a small amount of glass compared to zooms that tend to have something like 21/16. That bodes well for contrast and flare-resistance. Nikon didn’t use Nano-coating on this lens and the cross-section does not show any aspherical or ED-element at all. [0]

Filter-thread: 67mm = a cheaper standard than with the larger pro-lenses [+]

IS: No = a pity! Many zooms covering 85mm as well as the 105/2.8 have VR. You can only hope that with a 1.3 stops larger aperture you could crank up the shutter speed to where shake is less likely. And shake you see: Just look through the viewfinder! [–]

Comes with a flexible lens pouch, not a nice soft-case [0]

Price: around 450 EUR new (incl. 19% VAT) = reasonable! The old Nikon 85/1.8D is around 370 EUR now, The Samyang 85/1.4 (no AF!) can be had for 300-400 EUR and all other alternatives are more expensive as they sport an f1.4 aperture and AF – Nikon’s own 85mm f1.4G typically costs over three times as much. If you exclude the Samyang (I wouldn’t recommend manual focus on a large aperture prime) the f1.8 Nikons are in fact the cheapest alternative to get one of those much sought-after large aperture 85mm primes. Who would have thought that I mention “cheap” and “Nikon” in one sentence. [+] (To be fair I should however note the oldie-but-goodie Canon EF 85mm f1.8 comes in a little cheaper).

The lens-caps are standard Nikon’s. The others still play catch-up. [+]

Distance information is relayed to the camera, so the Nikon body can do all the advanced exposure-related stuff with this lens. But this is true for all the alternatives too. [+]

Lens-shade included and revertible for transport. [+]

Large aperture 85mm lenses are for isolating your subject from some distance and/or getting faster shutter speeds when your subjects are moving. But I can use this as a nature shooter too because I love to have not everything in equal sharpness.

In this price-bracket there are really only two alternatives:
– The old Nikkor AF 85/1.8D
– Samyang 85/1.4 manual focus
Once again Nikon’s own AF-S 85mm f/1.4G is much more expensive – typically costing over three times more.