The following images were taken with a final production Nikon AF-S 20mm f1.8G mounted on a D800 body. Each image was recorded in RAW and converted with Lightroom 5.6 at Camera Standard settings. Reduction of lateral CA is ON, Noise-reduction is set to 0, sharpening to 70/0.5/36/10. Apart from WB or exposure no extra tone-, color-, or saturation-adjustment was used.All of the images below are available to download in larger or their original formats for analysis. Click on the desired image to access the files at Flickr. Please respect our copyright and only use those images for personal use.The first shot should give you an impression of the bokeh that this lens can produce wide open. The 50% crops are from the foreground, the sharpest point, and the background in the overall image and demonstrate the rendering of out-of-focus elements at closer distances (approximately 0.7m). The foreground Bokeh looks relatively smooth but the background shows some outlining which leads to a nervous Bokeh. Stopping down to f2.8 reduces some of the nervousness and makes the Bokeh a bit smoother. And center sharpness raises a notch.

I shot the same scene a few minutes later with the Nikon AF-S 14-24/2.8G at 20mm, f2.8, 1/25 sec, 100 ISO. Following are the comparable crops. The zoom produces a bit better foreground Bokeh but in the background both lenses look comparable perhaps with a slight advantage for the fixed-focal.

The following early morning scene made me stop and set up my gear. Shot at f2.8 the new 20/1.8G shows some nice sharpness in the center, loses a bit of definition in the twigs and leaves and shows signs of coma where the sky peeks through the canopy in the corner.

Green outlining/haloing in the background from loCA is pretty nasty in the following shot. This problem is still strong at f2.8 but almost completely gone by f4, which is a bit of a (positive) surprise.

Perfect demoing place for an ultra-wide angle lens. With bright sunlight behind the windows the new 20/1.8G is challenged with very high contrast, small details and the vast architecture of the church that needed the largest possible aperture to make shooting hand-held viable at 1/30 sec and ISO 200. The lens delivered very well for f1.8 with the only draw-back being the colorful haloing around strongly back-lit subjects.

One of my standard subjects when I test lenses on a sunny day. The specular highlights on the golden color easily reveal nervous Bokeh as can be seen here in the background (left crop) even at f2.8. But to be fair: Good Bokeh is hard to find on 20mm large aperture full-frame lenses.

Nice reproduction of the material and surface, nervous background Bokeh (again) in the following shot:

The bright sun from the cloudless sky made for a very contrasty subject with lots of details. The new lens clearly profits from stopping down to f2.8

Inside a building a 20mm full-frame lens might be your only chance to frame the shot.

Stopped down to f2.8 the lens reproduces details in the inner 20mm circle faithfully. But if you want the borders up to the same performance you need to stop down to f5.6

Sculpture by the artist Horst Antes. Always interesting to see how the different materials and textures are reproduced:

With f8 you get enough dof with the 20/1.8G to capture this scene with (almost) everything in sharp focus:

Nice reproduction of fine details in the focal plane, but shame on the green haloing in the oof areas (see last crop):

Fascinating what can be in focus at f2.0 with such a short focal length:

A good performance wide open at f1.8. But remember especially for landscape shots: This lens becomes even better when stopping down. You can see for yourself by how much in the shots up to f8.0 linked below.

At f2.8 small details are faithfully reproduced and the dof is deep enough to cover the tilting camera-angle.

Lots of details in this market scene under bright sunlight. F5.6 is able to pull those details all out.

For more examples check out all my high-resolution Nikon 20mm f/1.8G sample images. 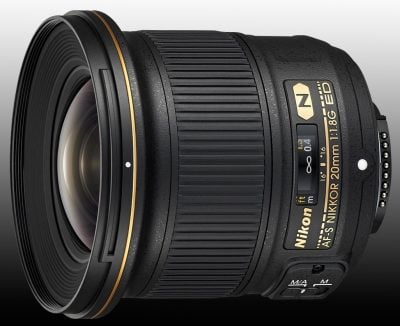