The Nikon Z7 is a high-end full-frame mirrorless camera that jointly launches the Z-system alongside its more affordable, faster but lower resolution sibling, the Z6. The Z7 gives you 45 Megapixels, phase-detect AF across most of the frame, built-in stabilisation, 4k video up to 30p, 9fps bursts and Wifi with Bluetooth. In terms of image quality, it’ll essentially match the highly-respected D850 for resolution and noise, not to mention dynamic range in all but the most extreme cases. The embedded phase-detect AF transforms the video experience over previous Nikon cameras and the movie quality, especially in the DX format equals the best of its rivals too. The Z7 will also continuously focus fairly well at its top speed of 9fps, but the lack of effective live feedback even at the lower speed of 5.5fps coupled with a limited buffer mean it’s not best-suited to action photography, especially compared to Sony. Arguably the biggest downsides though are the lack of twin card slots and a modest selection of native lenses at launch, although the FTZ adapter does a respectable job at autofocusing recent Nikon DSLR lenses, easing the transition for existing Nikon owners. If you’re not committed to the Nikon system, Sony’s A7r III provides a compelling and slightly cheaper alternative with a decent selection of native lenses right now, not to mention twin card slots, eye detection, a pixel-shift composite mode and more successful performance for action. Ultimately the Z7 is an impressive start to the Z-system and one that’s very satisfying for a version-one product. Nikon’s hit the ground running with a camera I greatly enjoyed using and can easily recommend, particularly if you own existing F-mount lenses.

Check prices on the Nikon Z7 at Amazon, B&H, Adorama, or Wex. Alternatively get yourself a copy of my In Camera book or treat me to a coffee! Thanks!

To celebrate the launch of this new system, I’ve decided to publish a different kind of review, so instead of my usual pages of text, I’ve packed everything I know about the Z7, including all my tests, into two video reviews below. The first covers the body and controls, lenses, focusing, burst and shooting modes, while the second video takes an in-depth look at image quality, video and the SnapBridge wireless capabilities. I still have my full quality results and samples page as well as my final verdict too, but to kick-off, settle back and enjoy my two videos below!

Check prices on the Nikon Z7 at Amazon, B&H, Adorama, or Wex. Alternatively get yourself a copy of my In Camera book or treat me to a coffee! Thanks!
Pages: 1 2 3 4 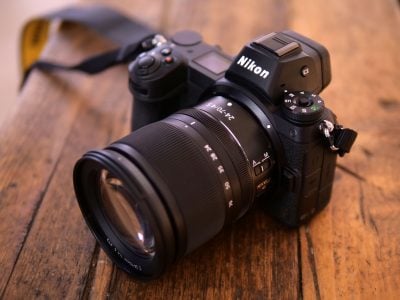 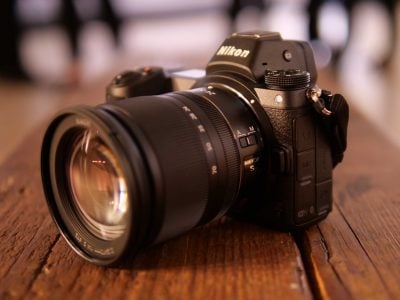