The Nikon COOLPIX B600 is DSLR-styled 'bridge' super-zoom camera which upgrades the 40x range of the earlier B500 with a longer 60x 24-1440mm zoom lens - the same one as on the COOLPIX B700. The old AA batteries are replaced with a Lithium ion EN-EL12 that can be charged in the camera via USB. As well as gains, there are losses, though, and the B500's flip out screen is gone, replaced with a fixed 3 inch panel with the same 920k dot resolution. Most other things remain the same, including fully automatic point and shoot operation, 1080p video, unremarkable continuous shooting and the unequalled Snapbridge for seamless image transfer to your phone while you shoot. Other super-zooms, like the Canon PowerShot SX70 HS offer better performance and more sophistication - but with a higher price tag. The B600 fills a niche for novice shooters who want stonking super-zoom capability combined with simple hassle-free operation and great connectivity at a reasonable price. Recommended.

Check prices on the Nikon COOLPIX B600 at Amazon, B&H, Adorama, or Wex. Alternatively get yourself a copy of my In Camera book or treat me to a coffee! Thanks!

The Nikon COOLPIX B600 is an SLR-styled ‘bridge’ superzoom camera with a huge 60x 24-1440mm equivalent range and an affordable price. It replaces the three-year-old B500, significantly extending the zoom range from the older model’s 40x. The B500’s 16 Megapixel sensor is retained and, as before, there’s no viewfinder, instead a 3 inch 921k dot LCD screen is used for composition and playback. There is one big difference here though, the screen is fixed and doesn’t flip up and down as it did on the older B500, which is a great shame. In another change of direction, Nikon has abandoned the AA batteries that powered the B500 in favour of the EN-EL12 battery used in some of its other COOLPIX models.

1080/25/30p remains the best quality video mode, along with 720p, a 480p quarter-speed slowmo mode and a 1080/0.5x mode that plays back at twice real time. There’s also of course Snapbridge, which transfers photos to your phone in the background over Bluetooth. The B500 was one of the first Nikon compacts to feature Snapbridge and it was a bit rough around the edges then, but is much more polished now and there’s nothing to beat it for seamless background transfer of photos to your phone while you shoot.

Exposure control remains largely an automatic business but, like its predecessor, the B600 has lots of scene and feature modes. In my review I’ve compared the COOLPIX B600 with Canon’s latest DSLR-styled superzoom, the PowerShot SX70 HS. I’ve also highlighted differences and similarities with the older B500. Read on to discover which is the best superzoom for your money! 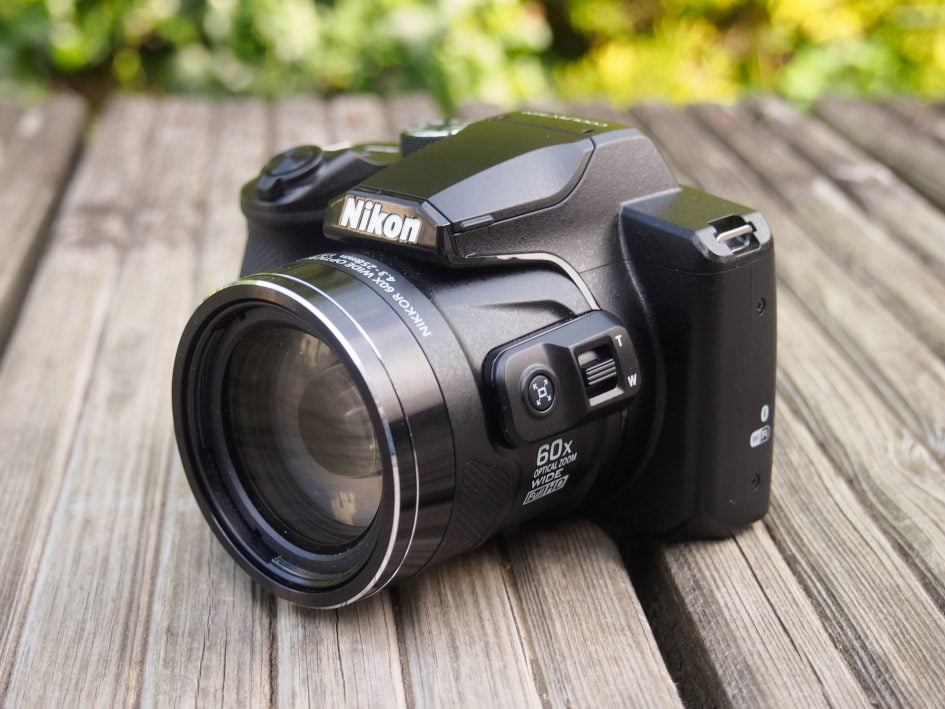 As you’d expect, the COOLPIX B600 is a little bigger than its predecessor but, considering it’s packing a huge 60x zoom, it’s actually remarkably compact. It has a larger grip, but design-wise it is similar to the earlier B500.

Here’s the COOLPIX B600 side-by-side with the PowerShot SX70 HS which, as you can see, is a little bigger all-round. The SX70 HS does have the advantage of a viewfinder as well as a flip out screen though. 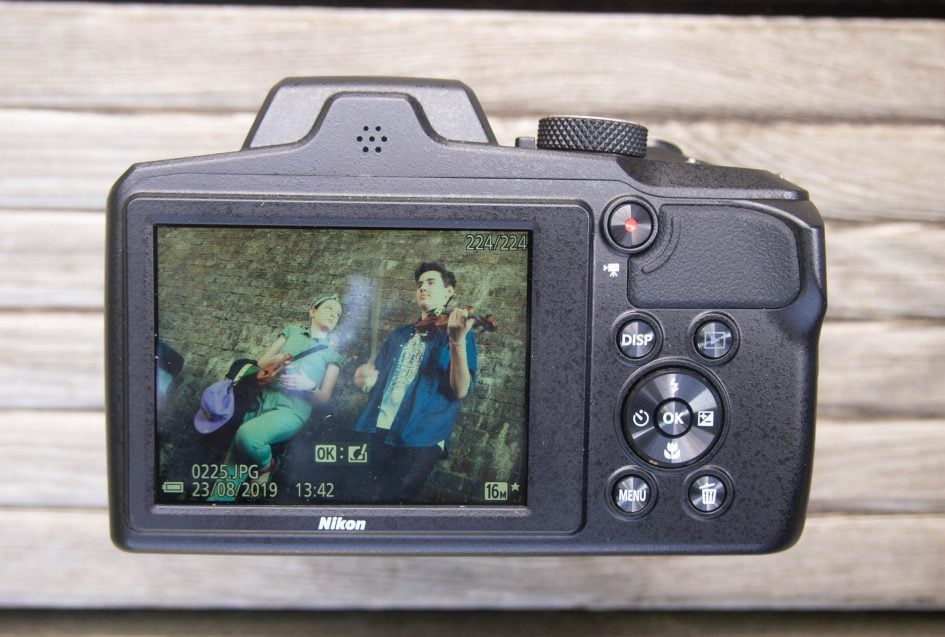 The main difference between the B600 and earlier B500 from this angle, is the screen. It’s the same 3 inch 921k dot panel, but it’s fixed in place. The flip up/down screen on the B500 was better for shooting from high and low angles. Better still are the vari-angle screens on the COOLPIX B700 and Canon PowerShot SX70 HS which can be positioned in any direction including forward-facing. 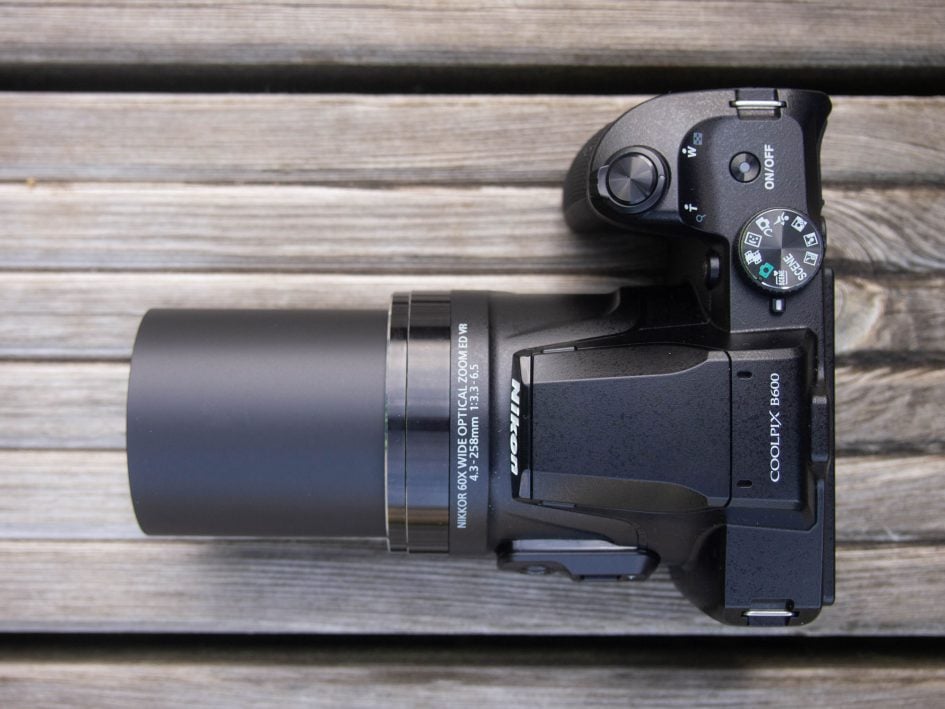 This view will be very familiar to COOLPIX B500 owners. Not much has changed with the mode dial featuring Auto, Scene Auto selector, which chooses the scene mode for you, and a bunch of scene modes. No PASM modes though, for that you’ll need to look to the COOLPIX B700 or the PowerShot SX70 HS 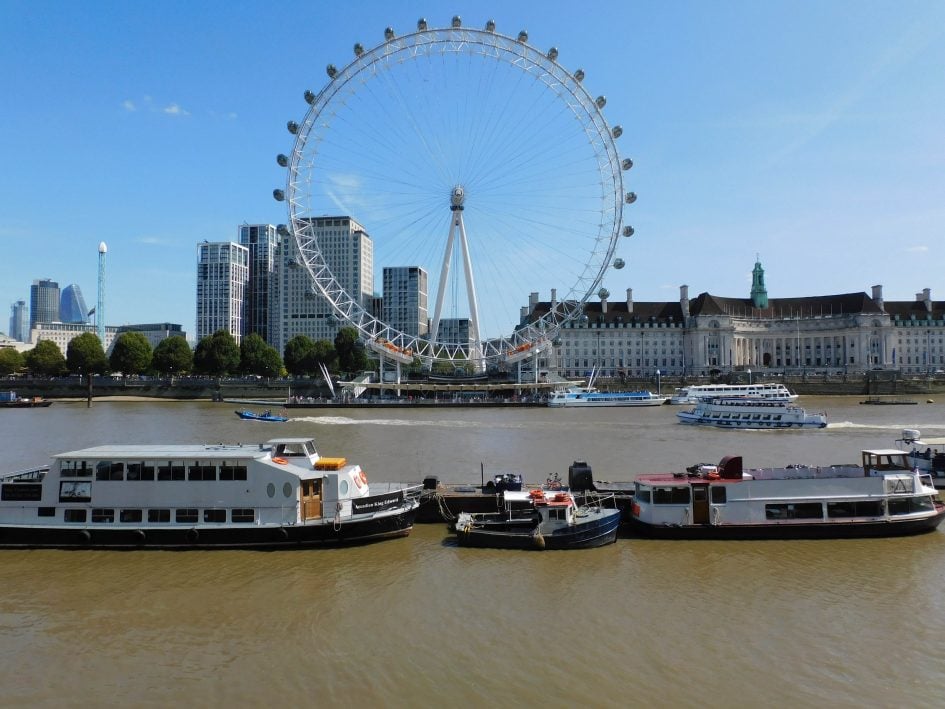 The 60x zoom on the COOLPIX B600 extends from 24mm to 1440mm. That’s a useful wide-angle coverage that’s great for landscapes, groups and small interiors. It’s not as impressive as the 21mm of the PowerShot SX70 HS, but ask yourself how often you’re going to need to go that wide (and don’t forget there’s a panorama mode if you need it). 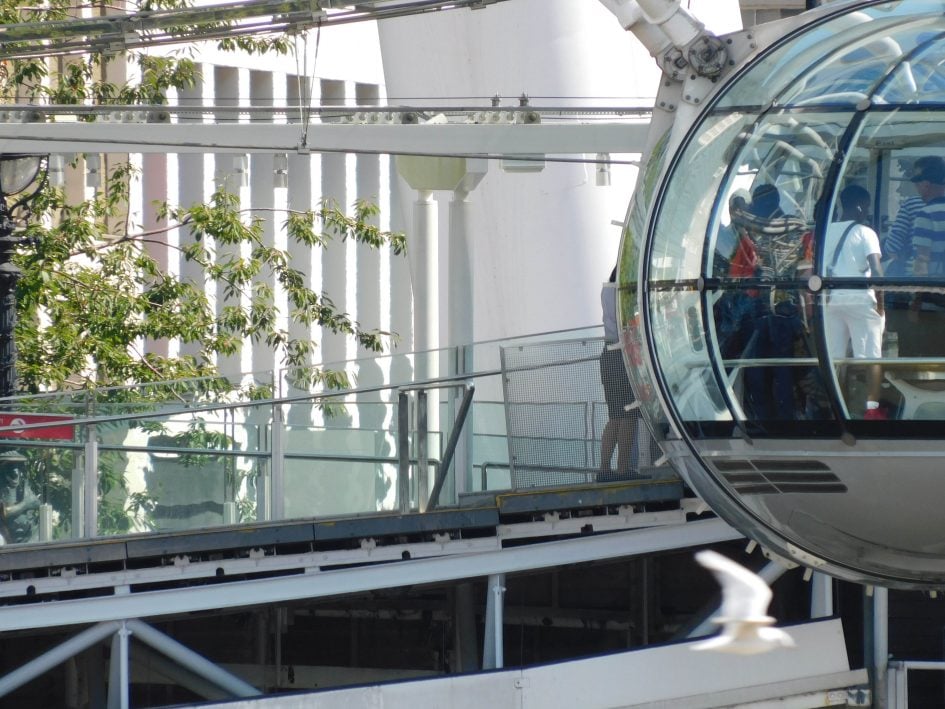 Here’s the angle of view at the other end of the zoom range, 1440mm – slightly longer than the 1365mm of the SX70 HS. At this focal length it can be a struggle to keep your subject in the frame; the B600’s optical stabilisation helps, and there’s also the ‘Snap-back zoom’ button on the lens barrel, which works in a similar, though not quite as sophisticated, way to the Framing Assist Seek button on the PowerShot SX70 HS, temporarily zooming out so you can re-acquire your subject, before zooming back in when you release the button. 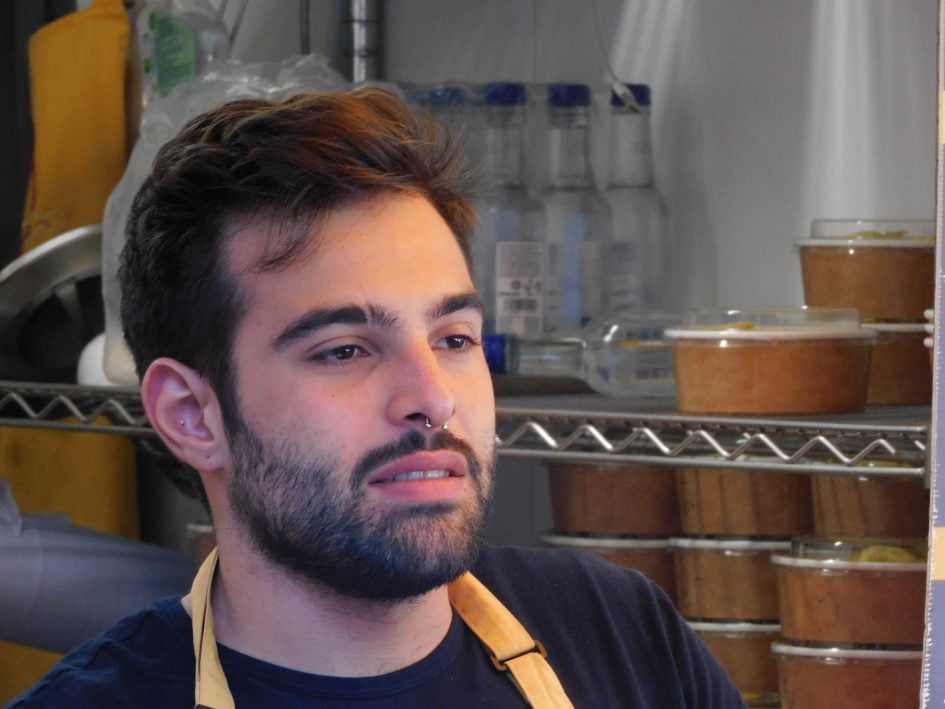 The COOLPIX B600 is great for street photography, but it can be a bit of a challenge to blur backgrounds. The autofocus can also struggle to keep up when zoomed in in poor lighting conditions. The PowerShot SX70 HS fares a little better in that respect. 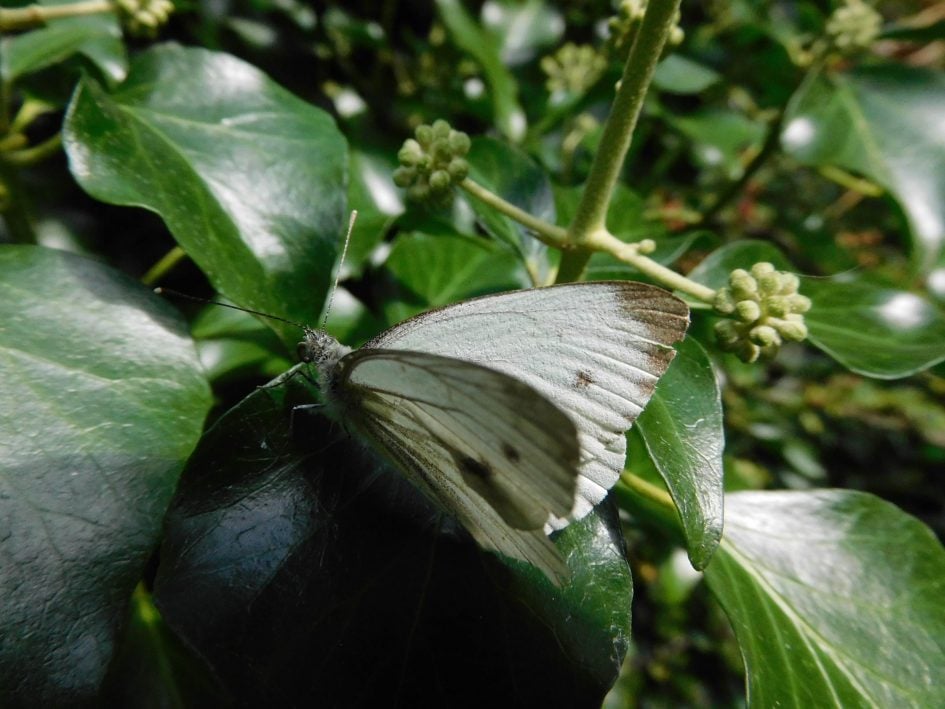 Like the PowerShot SX70HS, the COOLPIX B600 can focus down to 1cm in macro AF mode with the lens at the wide angle setting. That’s close enough to get good shots of something as small as a butterfly. 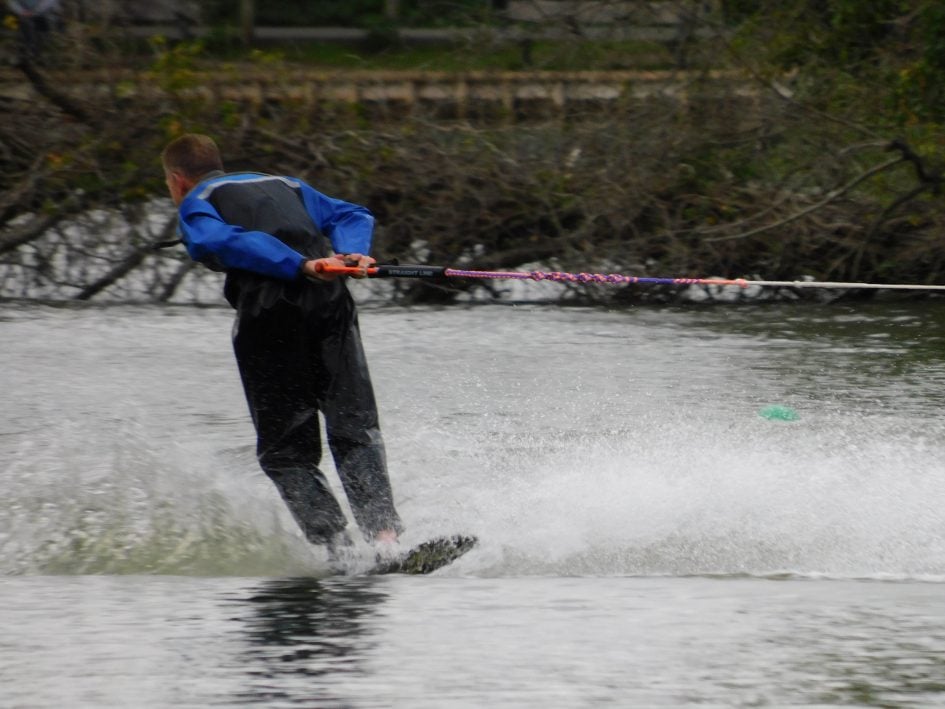 To successfully capture fast moving sports at a distance you need three things – a long lens, quick accurate autofocus and fast continuous shooting. The B600 only has one of those. Its AF is a little on the sluggish side and it can shoot a short 7 frame burst at a quoted 7.7fps, after which you’ll have to wait a few seconds while it writes the images to the card. I felt much more comfortable – and got better results – with the 10fps PowerShot SX70 HS. 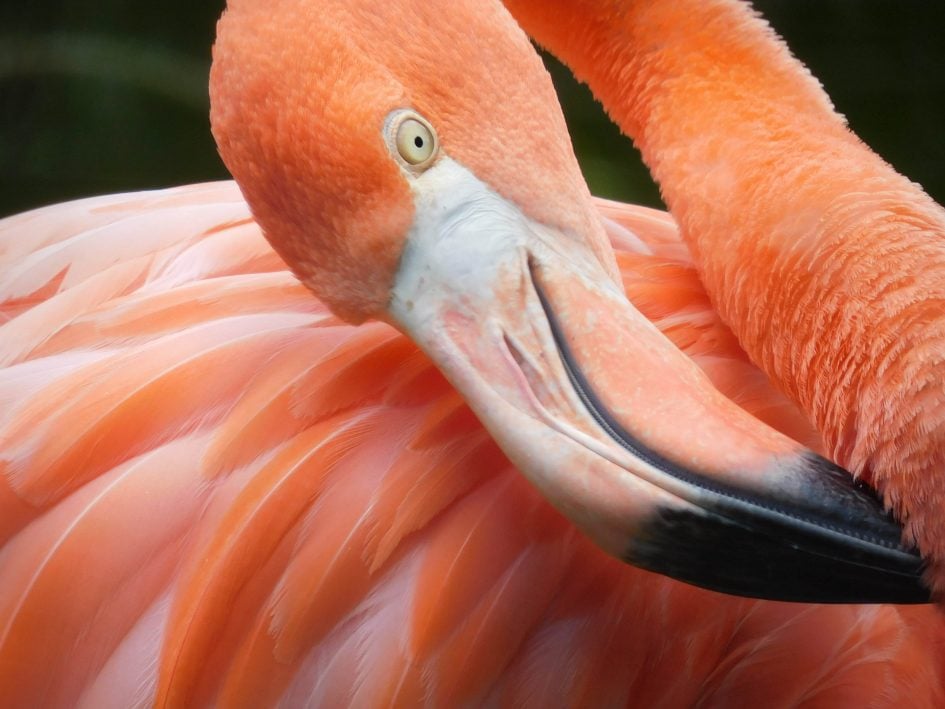 When things aren’t moving around so much, like this flamingo, the COOLPIX B600 does a much better job. There’s actually a Birdwatching scene mode on the B600, but I preferred the freedom of shooting in auto mode. 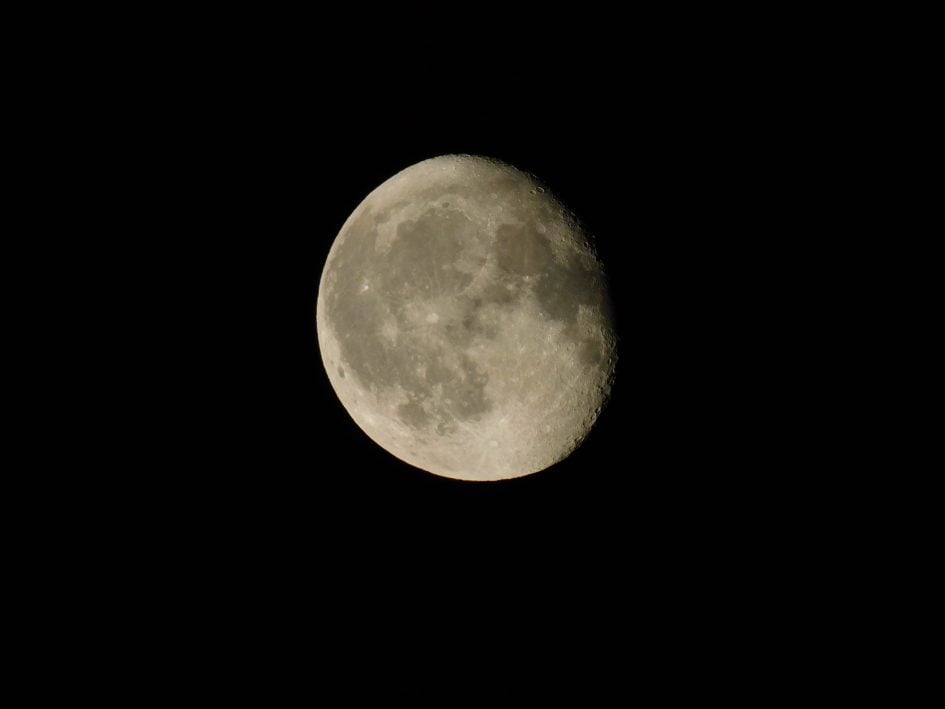 There’s a Moon scene mode too, but guess what? I felt I got better results shooting in auto mode – here with the lens zoomed all the way in to 1440mm and the B600 on a tripod. 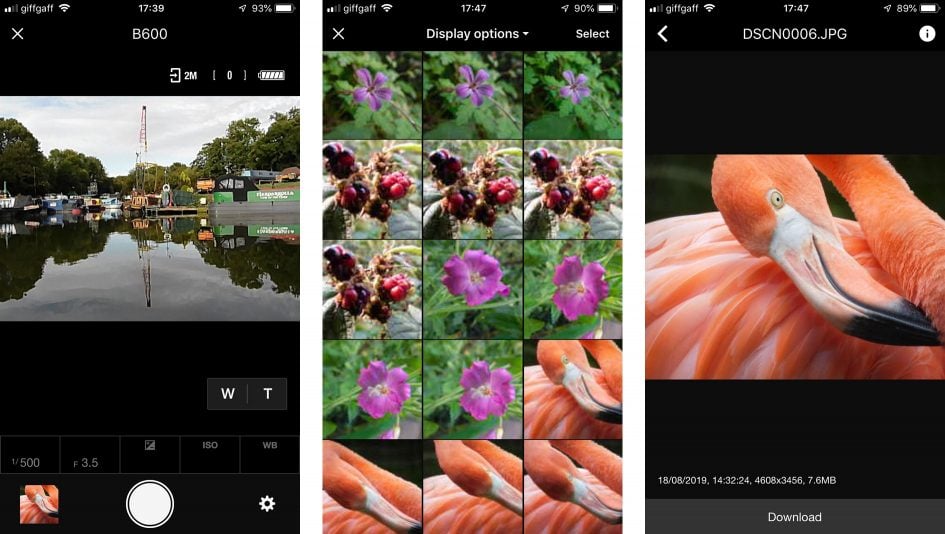 The COOLPIX B600 features Snapbridge which auto downloads 2 Megapixel photos to your phone in the background while you shoot using a Bluetooth connection. You need the Snapbridge app installed on your phone, then you just turn it on and it works. You can also download photos manually using Wifi and use your phone to shoot remotely, albeit without much control other than being able to adjust the zoom. 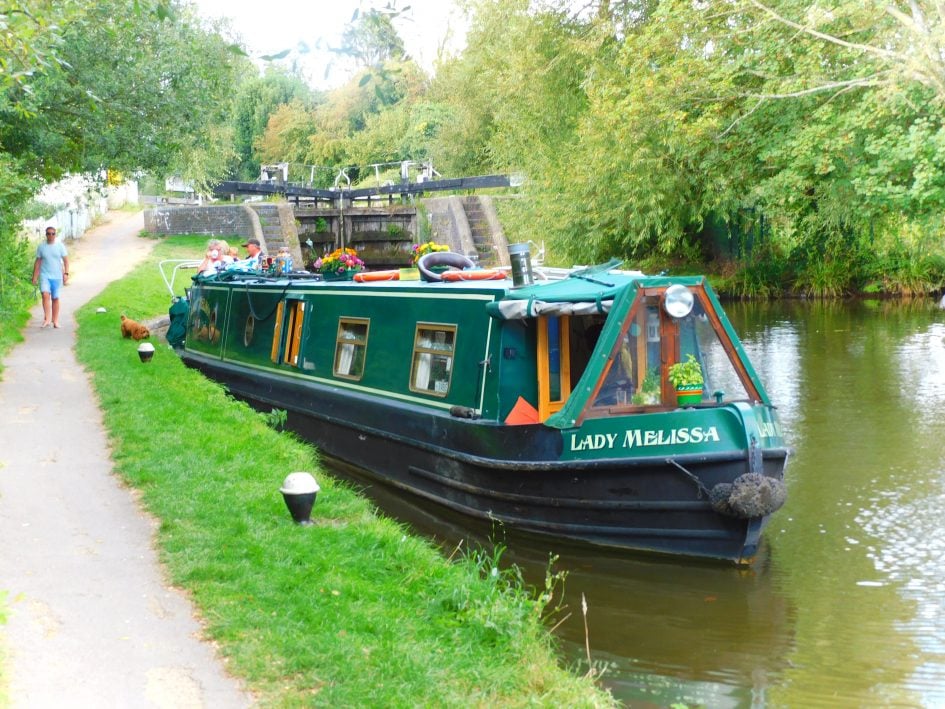 With the mode dial set to Creative the B600 saves your original shot plus four additional images each with a different creative filter applied – in this case pop.

It’s a little disappointing to discover there’s no 4K video mode on the B600 – so this clip and the others below are shot in its best quality 1080/25p mode. Here’s the B600 handheld with the stabilisation enabled and I have to say the stabilisation does a very solid job of ironing out the wobbles even when zoomed in to 1440mm equivalent.

Here I’ve mounted the B600 on a tripod and disabled the stabilisation. Interesting that you can’t hear the zoom motor on this clip – probably because of the wind noise – where you could on the previous clip.

The COOLPIX B600 makes a pretty good job of this low-light interior with good exposure and white balance, you can make out a little bit of noise though.

I attached the B600 to a tripod for this Moon video. There’s a couple of points at which the autofocus wanders a little, but apart from that this is quite impressive with great exposure and white balance producing a very pleasing result and the Moon almost filling the frame.

Check prices on the Nikon COOLPIX B600 at Amazon, B&H, Adorama, or Wex. Alternatively get yourself a copy of my In Camera book or treat me to a coffee! Thanks! 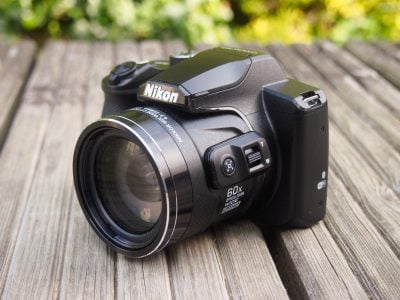 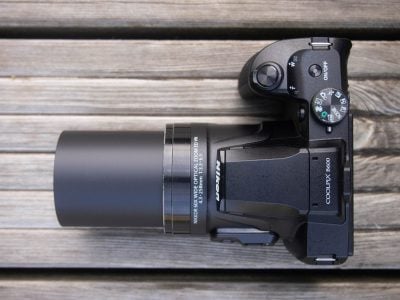 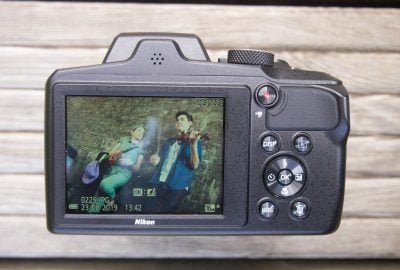