The COOLPIX A1000 is a pocket super-zoom camera with a 35x range that updates the earlier A900 with a decent electronic viewfinder, a touch screen, some new controls, and RAW shooting all at a price that’s very competitive with the Lumix TZ95 / ZS80 - the travel zoom everyone wants to emulate. On paper, the COOLPIX A1000 matches and in some ways betters the TZ95 / ZS80 - it's got a longer zoom, more versatile articulated screen and better wireless image transfer. That said, the TZ95 / ZS80's screen may not be able to flip down as well as up, but its touch functions are better than the COOLPIX A1000's. It also has better continuous shooting, 4K photo modes and a more detailed electronic viewfinder. Ultimately the COOLPIX A1000 comes very close to providing everything the Lumix TZ95 / ZS80 offers - at a price that significantly undercuts it and for that reason comes highly recommended.

Check prices on the Nikon COOLPIX A1000 at Amazon, B&H, Adorama, or Wex. Alternatively get yourself a copy of my In Camera book or treat me to a coffee! Thanks!

Released at the beginning of 2019, the Nikon COOLPIX A1000 is a pocket superzoom camera with a 35x range, a 3 inch tilting touch-screen, built-in viewfinder and a 16 Megapixel 1 / 2.3in sensor. It’s an update to the three year-old COOLPIX A900, which retains the older model’s lens adding the viewfinder and touch screen, reducing the sensor resolution from the older model’s 20 Megapixels and adding RAW shooting.

The 1166k dot LCD viewfinder is the headline update, not least because it makes the A1000 more of a serious competitor to the Lumix TZ / ZS range. That said, no sooner had Nikon announced the A1000 than Panasonic increased the viewfinder resolution of its latest Lumix TZ95 / ZS80 to 2.3 million dots.

Despite that difference in Viewfinder resolution, the COOLPIX A1000 bears more than a passing resemblance to the Lumix TZ95 / ZS80. It has a slightly longer 35x zoom compared with 30x on the TZ95 / ZS80. Its touch-screen flips (under, rather than over) to face forward, it can shoot 4k video and can save RAW image files. Read my full review to discover how these two pocket super-zooms measure up and which will be best for you! 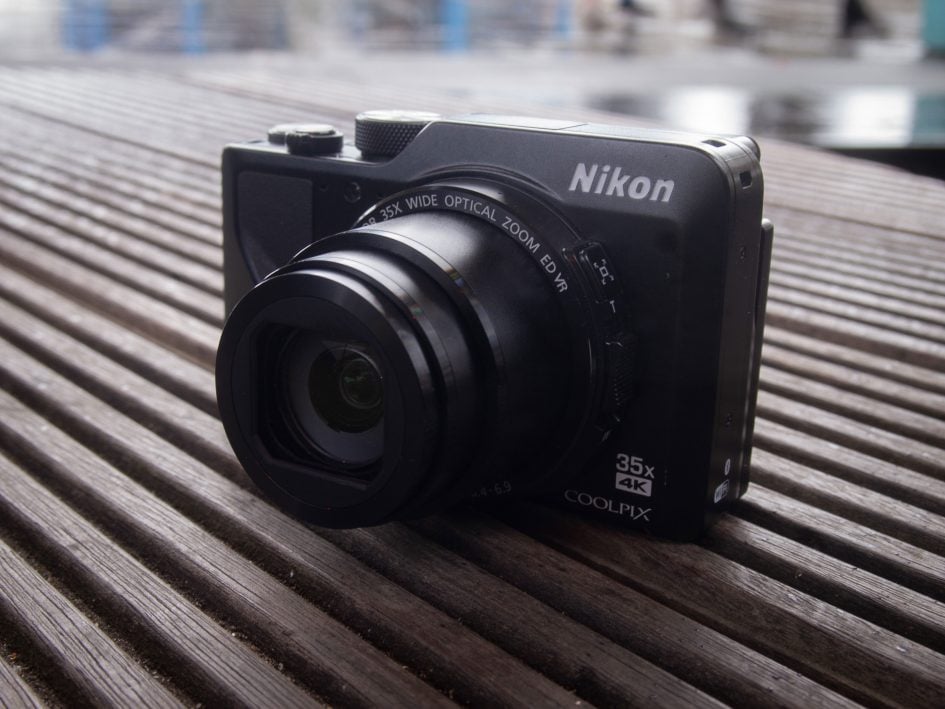 The COOLPIX A1000 is a little larger and heavier than the A900 it replaces and it looks more business like, with a more pronounced shelf on the top panel and a bigger shooting mode dial. There’s also a new zoom rocker and snap back button (it temporarily zooms out so you can re-locate your subject) on the lens barrel as well as a programmable function button on the front panel. 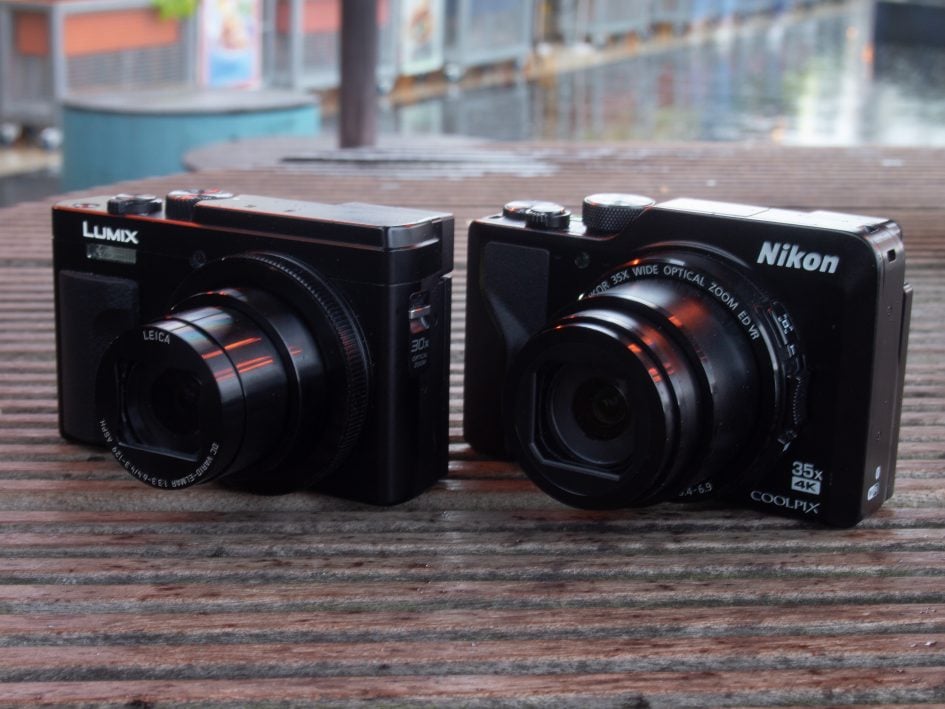 Alongside the Lumix TZ95 / ZS80 there doesn’t look to be a great difference in size and in fact there’s no more than a millimetre or two between them in any dimension, they’re also almost identical in weight. As we’re looking at them from the front, I’ll mention that the COOLPIX A1000 has a second zoom control on the lens barrel, whereas the TZ95 / ZS80 has a programmable ring. 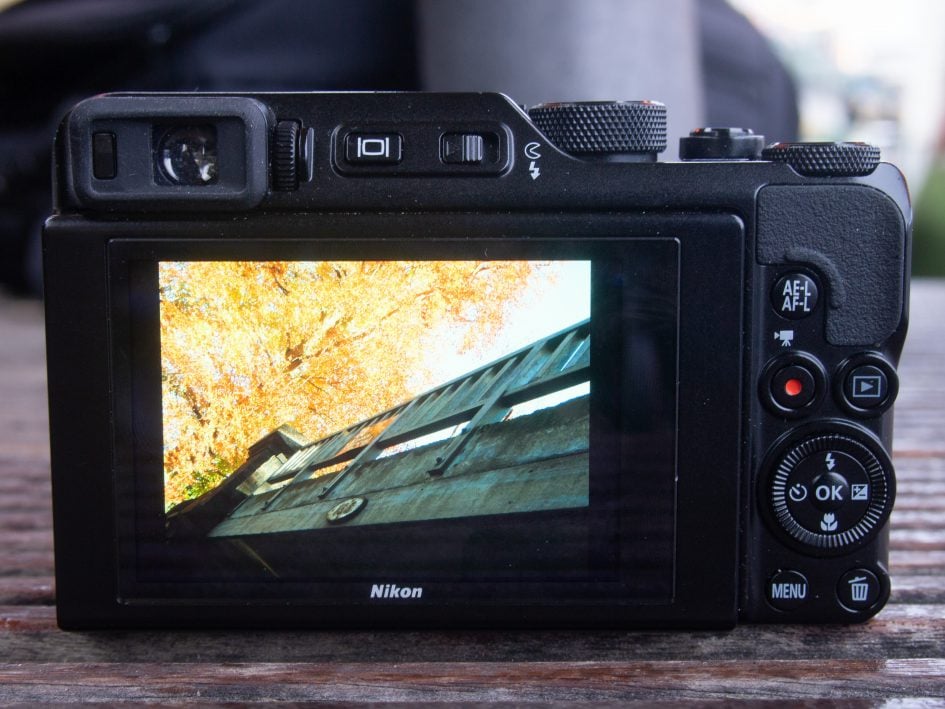 There’s a lot to talk about here so let’s start with the viewfinder. It’s about half the resolution of the TZ95 / ZS80, but I didn’t find that as much of a problem as the size which looks small by comparison with the Lumix. It’s reasonably bright though and I found it made shooting when zoomed in much easier. It’s also an obvious choice for shooting in bright sunlight. There’s a sensor which toggles the viewfinder and screen as you raise and lower the camera to your eye, or you can turn off auto toggle and use the button to the right of the viewfinder to switch manually. 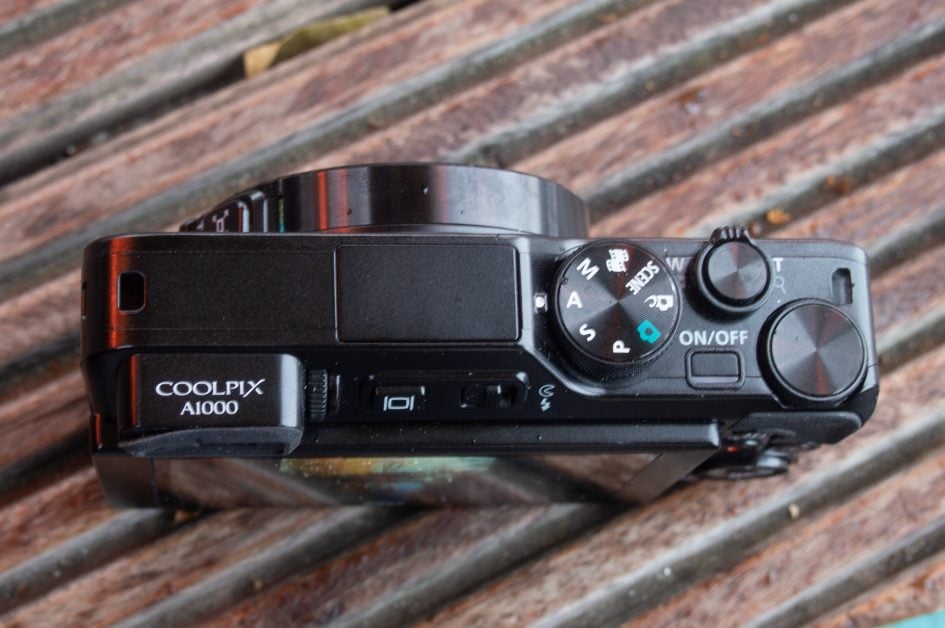 The key thing here on the top panel of the COOLPIX A1000 is the second control dial which can used to change exposure settings. The screen is of course touch sensitive, so you can also use that to change the aperture and shutter speed, ISO or exposure compensation. As on the Lumix TZ95 / ZS80 you can also touch the screen to position the AF area and the A1000 will also let you tap the screen to take a shot. 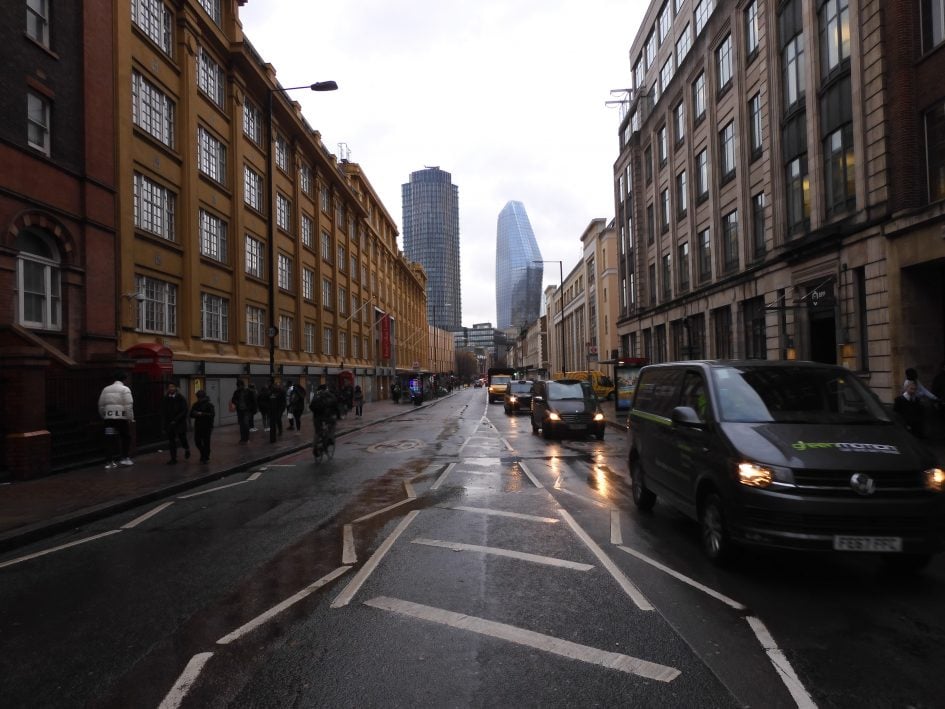 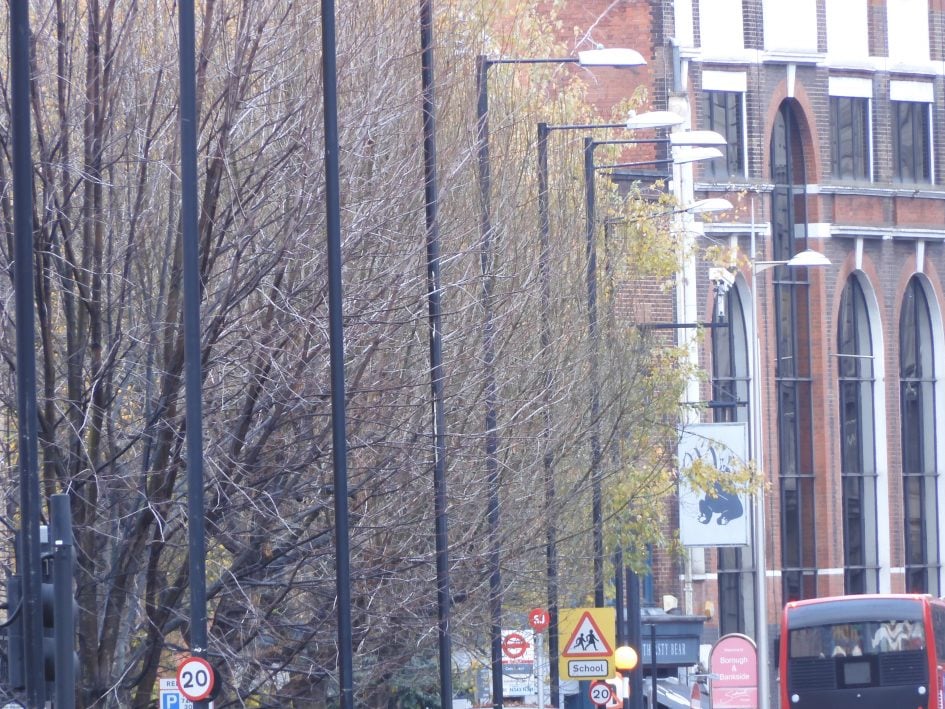 At the other end of the zoom range the COOLPIX A1000 will get you all the way to a 35mm equivalent of 840mm – just a little closer in to the action than the 720mm equivalent of the Lumix TZ95 / ZS80. But if it’s a long zoom you’re looking for the Canon PowerShot SX740 HS wins that particular contest with a 40x 24-960mm range. 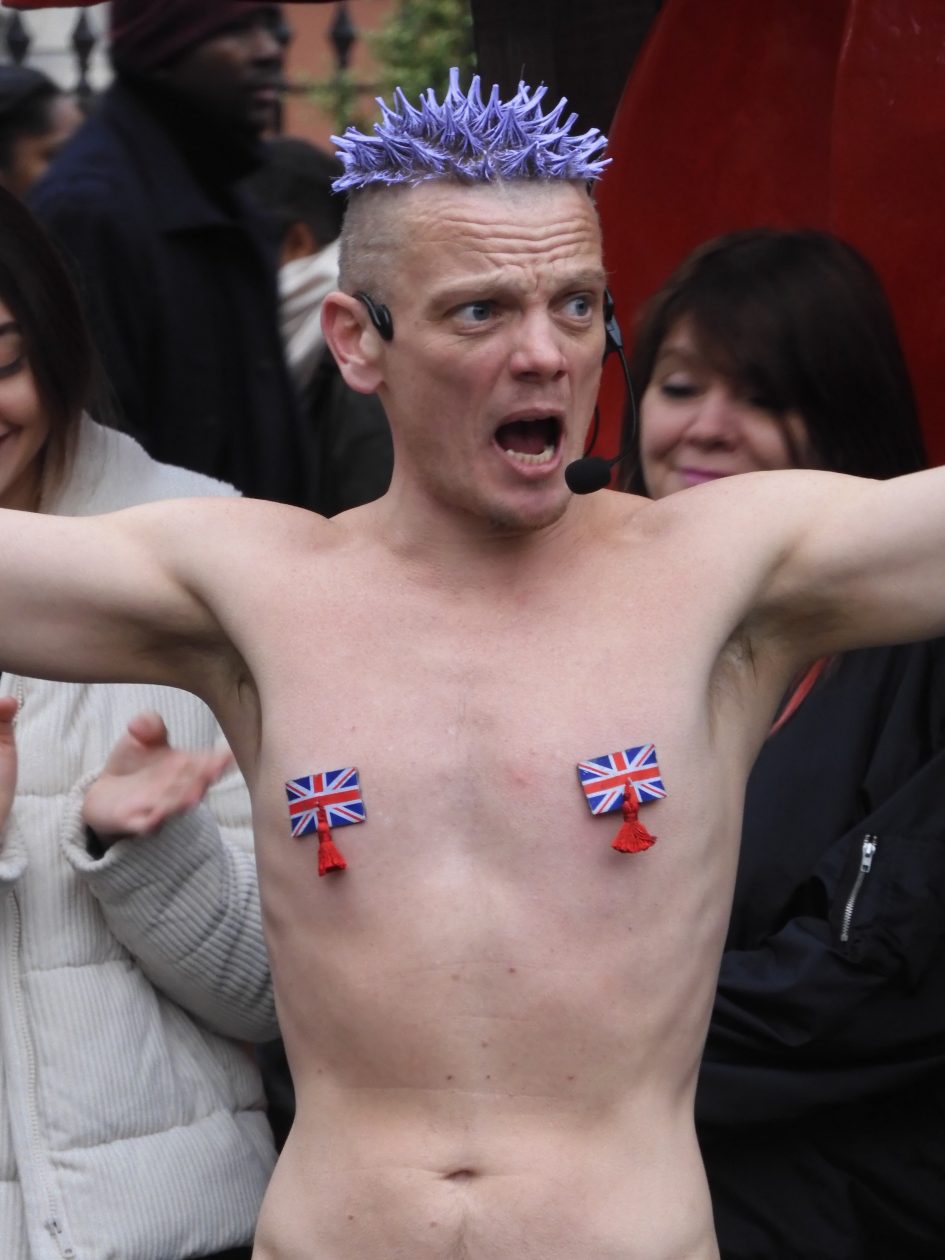 The COOLPIX A1000 is a great camera for street photography. The flip up (and down) screen makes it easy to shoot from high and low angles, but I used the viewfinder for shooting this street performer as I found it much easier to keep him in the frame when zoomed in. The A1000 isn’t great at blurring the background, here I set the maximum available aperture in Aperture Priority mode, but as you can from this and some of my other samples, other than for macro shots it’s almost impossible to get really blurry backgrounds. That said, the Lumix TZ95 / ZS80 doesn’t fair any better in this respect. 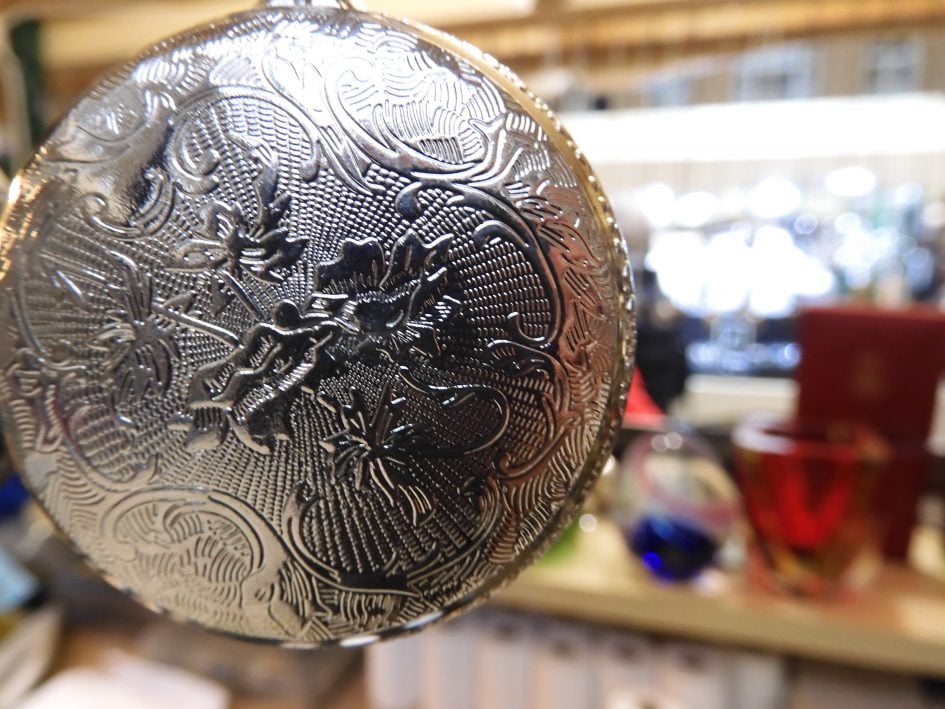 The COOLPIX A1000’s closest focus distance at the 24mm focal length is 1cm. That allows you to get very close to small objects (although be careful of casting shadows) and it’s one way you can ensure a shallow enough depth of field to throw the background out of focus. 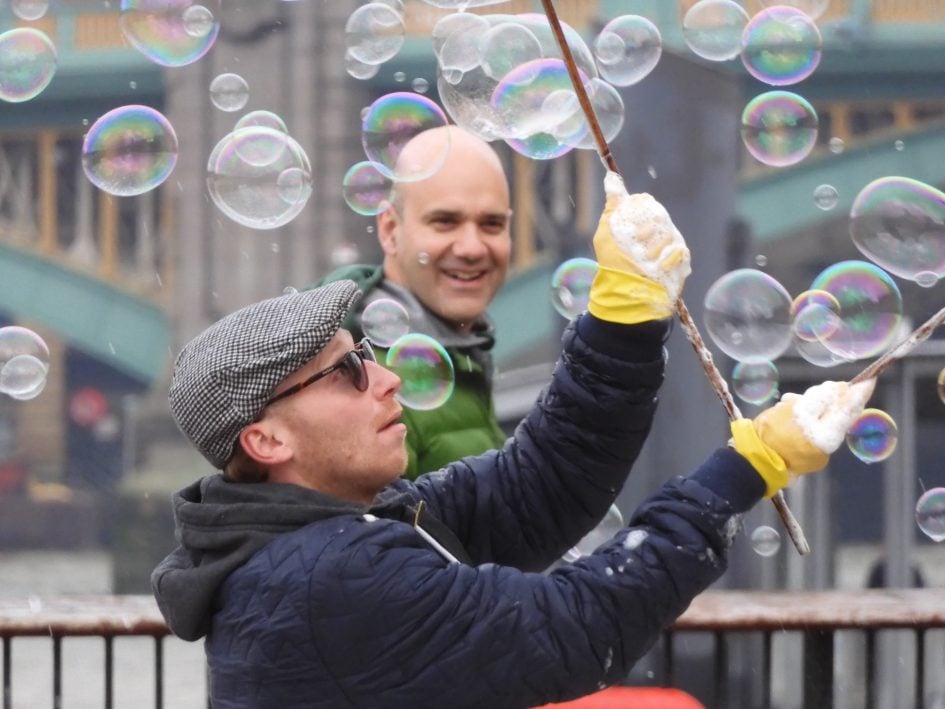 Keeping the subject in the frame when zoomed all the way in can be a challenge, especially if, like this guy, it’s moving around a lot. The COOLPIX A1000’s viewfinder really helps you get the framing right when zoomed right in. It’s not as detailed as the 2.3 million dot viewfinder on the Lumix TZ95 / ZS80, but that’s not as much of an issue as you might think. There’s a snap back button on the lens barrel that you can press with your left thumb or index finger to temporarily zoom out and reframe if necessary. 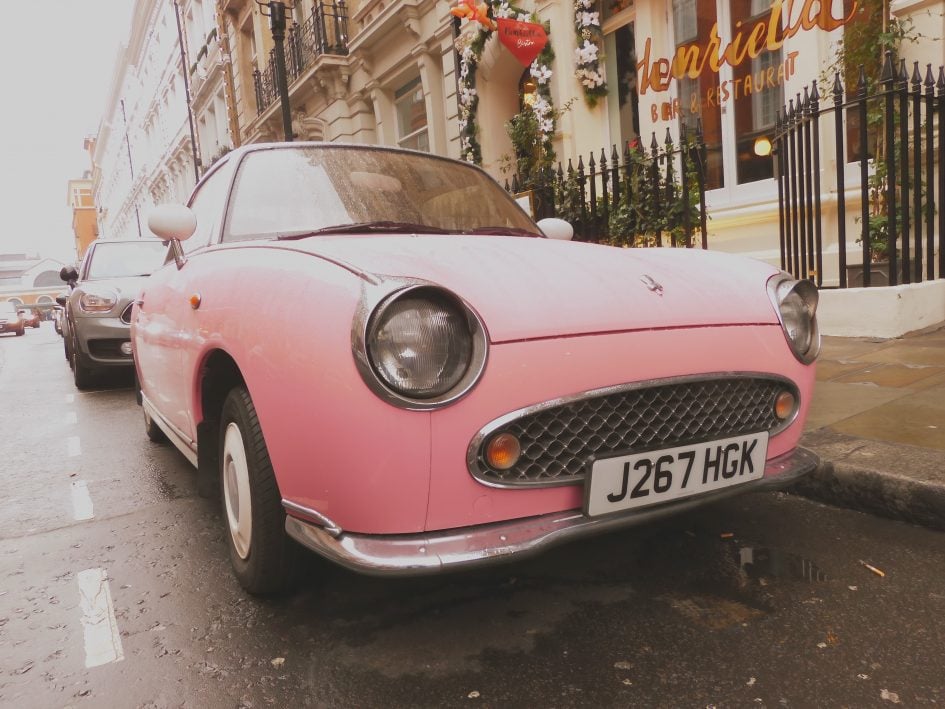 Switch the mode dial to Creative mode and you can choose from a variety of effects filters. This one is called Dream, others include Morning, Pop, Sunday, Dramatic, Bleached, Denim, Toy, Sepia, Charcoal, Graphite and Carbon. 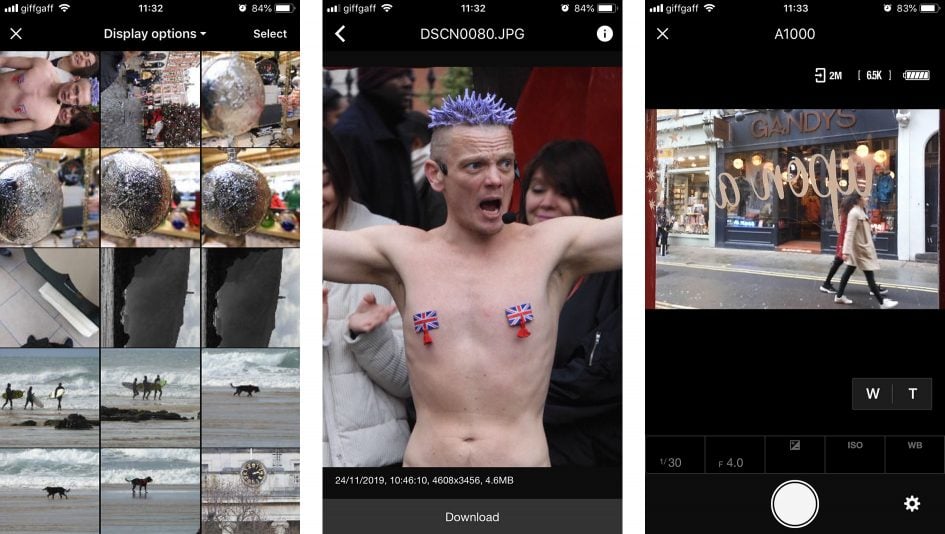 The COOLPIX A1000 features Snapbridge which auto downloads 2 Megapixel photos to your phone in the background while you shoot using a Bluetooth connection. You need the Snapbridge app installed on your phone, then you just turn it on and it works. You can also download photos manually using Wifi and use your phone to shoot remotely, albeit without much control other than being able to adjust the zoom.

As before I enabled the stabilisation for this indoor low light panning shot and it does a good job of ironing out the wobbles. The built-in mic picks up quite a lot of ambient noise and, like the Lumix TZ95 / ZS80, there’s no input for an external mic. This clip is also available in 4k mode.

The COOLPIX A1000 has two slow motion movie modes, this is HS1080 2x which shoots at 50fps and plays back at 25fps for half speed. There’s also a 720p resolution quarter speed mode as well as a 1080p mode with the action sped up by a factor of two.

Check prices on the Nikon COOLPIX A1000 at Amazon, B&H, Adorama, or Wex. Alternatively get yourself a copy of my In Camera book or treat me to a coffee! Thanks!
Pages: 1 2 3 4 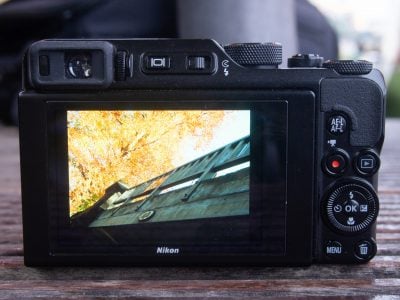 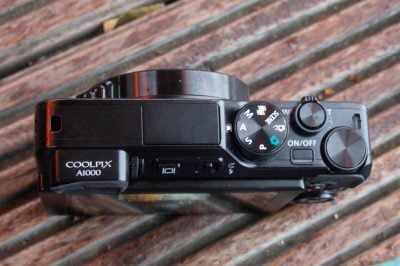 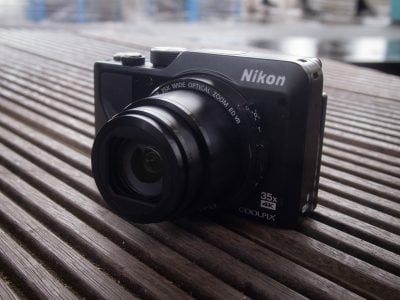