Nikon's new 28mm f1.4 lens performs better than its 24mm and 35mm f1.4 siblings. It may show some magenta haloing/loCA and one could wish for a better resolution of fine details at the border of the DX image-circle. But this is niggling on a very high level. The lens produces excellent resolution of fine detail in the center, has a pretty soft Bokeh for a wide-angle lens and is resistant against flare and glare. Add a quite and reliable focus, a good hardening against the elements and a moderate size and weight and you get a package that clearly earns a Highly Recommended. So the new Nikon 28/1.4E is well worth its price.

Check prices on the Nikon 28mm f1.4E at Amazon, B&H, Adorama, or Wex. Alternatively get yourself a copy of my In Camera book or treat me to a coffee! Thanks!

The Nikon 28mm f1.4E ED is a medium wide-angle lens designed for bodies with full-frame sensors. Announced in April 2017, it fills a gap in Nikon’s wide lineup which previously only offered wider and longer 24mm and 35mm options with bright f1.4 focal ratios. Nikon’s equipped its new 28mm lens with an electromagnetic diaphragm mechanism, nano crystal coat plus fluorine coating on the front and rear lens elements for easier cleaning, and also hardened the lens barrel with additional sealing against dust and moisture. This makes the gold-ringed lens fit Nikon’s line-up of professional lenses and they charge accordingly: 2000 USD / 2400 EUR is the list-price for this new lens. 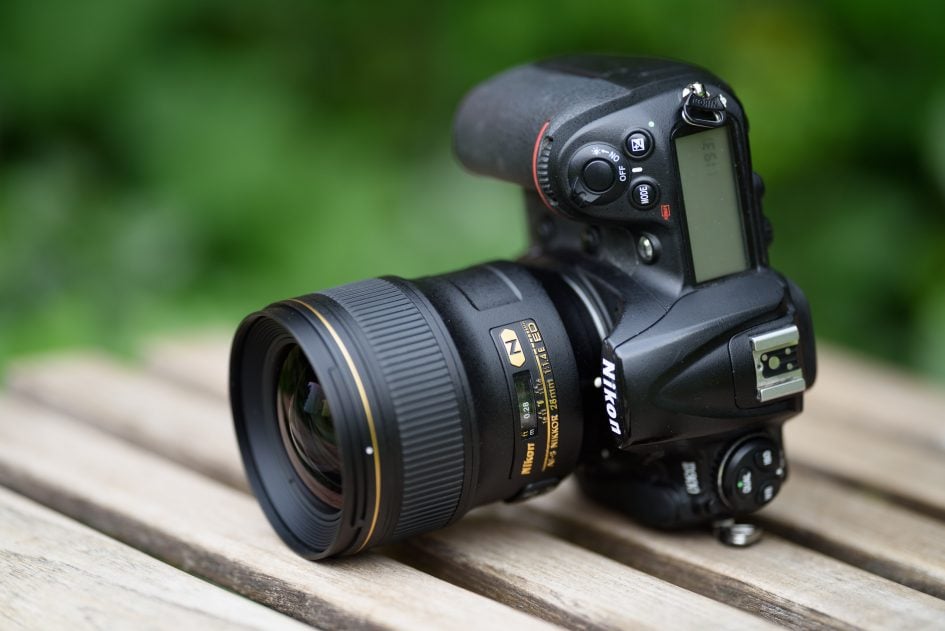 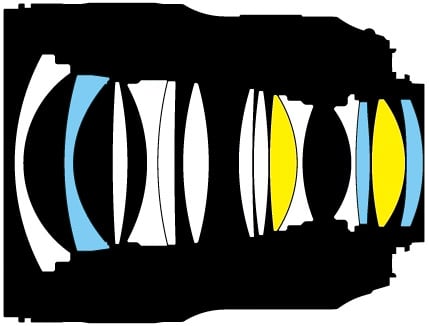 Optics: 14 elements in 11 groups which is a little simpler than the 16/13 of the Otus. The new lens has two (extra) low dispersion and three aspherical elements. Nano coating should reduce flare and ghosting and fluorine coating on the front and rear lens elements “actively repels water, dust, and dirt” and should make for easier cleaning. [+]

Image Stabilization: No, same with the Otus. [0]

Auto Focus: HSM (Hyper Sonic Motor), so it also works on camera bodies which don’t have an AF-drive built in like Nikon’s D3x00/5×00. Manual-focus override is by simply turning the focus ring. The Otus is manual focus only. [+]

Covers full frame/FX or smaller = very good. As does the Otus. [+]

Comes with a flexible lens pouch (no padding, no strap), the lens hood is included, reversible for transport, and the lens-caps are standard Nikon’s. The lens hood throws a shadow at the bottom of the image when you use the onboard flash of the D810. Without lens hood there is no shadow. [0]

Distance information is relayed to the camera, so the Nikon body can do all the advanced exposure-related stuff with this lens. The Otus cannot do that. [+]

Sealing: A rubber grommet at the lens-mount and more in the lens barrel. [+] 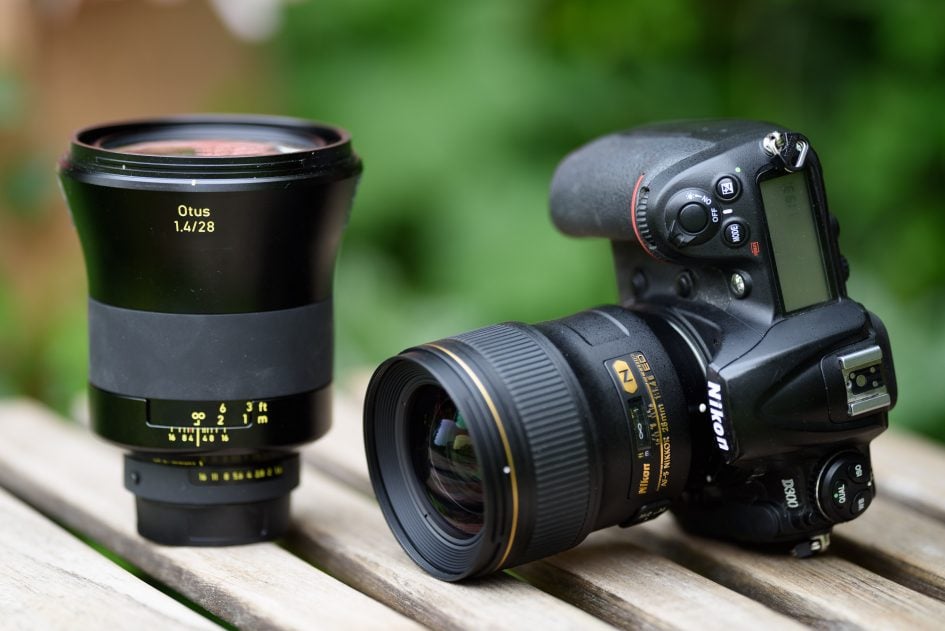 Focus accuracy and repeatability is critical to consistently produce sharp shots. Repeatability (the accuracy of focus on the same subject after repeated focus-acquisition) of this lens is very good (measured 98.9% in Reikan FoCal) with no outliers over a series of 40 shots under strictly controlled test conditions. And there is only a small performance variation whether the lens focuses from infinity or from a closer distance. At f1.4 the lens requires some exact focus fine-tuning in camera especially at a distance around 1m where depth of field is just a few cm. Even 3 points of fine-tuning (on a scale from -20 to +20) can make the difference between hit or miss at f1.4. So better take the time to adjust the AF of your camera accordingly.

The lens focuses with no hunting in around 0.6 sec from infinity to 0.4m, which is fast. The focus ring has no slack/play between its movement and the focus-action and a throw of 135 degrees which is good for manual focus wide open. Its rubberized surface is 21mm wide and can be turned with one finger although it moves not as easy as from the Nikon 35/1.4G or 24/1.4G.

AF-operation is very quiet from the outside, and if you record video with the built-in microphone the AF-drive produces a slight hiss and only faint clicks at the start or stop of focus-movements.

As you pull focus, you’ll notice some focus breathing: the image becomes more magnified at closer focusing distances. When I adjusted the focus from infinity to 0.40m, I measured a 4% increase in magnification which is pretty low and should not prove too distracting when shooting video. 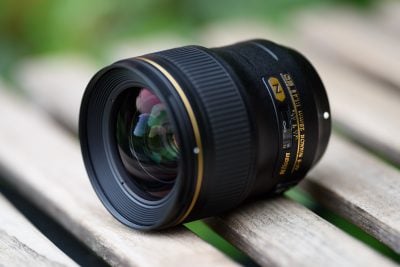 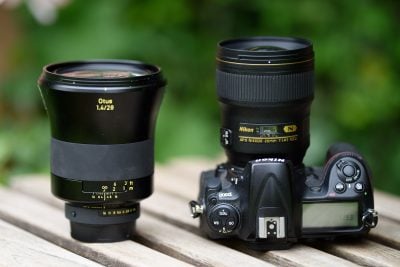