Fujifilm's VPB-XT2 is a must-have accessory for almost every XT2 owner. Like all grips, it'll boost the battery life, provide portrait controls and give you more to hold onto, but it also transforms the camera's handling. Where most grips prevent you from using the battery in the body, the VPB lets you use three simultaneously, tripling the life and giving each an icon on-screen. By prioritizing the grip batteries, overheating can also be better-managed, allowing the camera to triple 4k and double 1080p recording times. The increased power on tap also enhances the Performance Boost mode, accelerating the mechanical burst speed from 8 to 11fps, while visibly speeding-up the focusing and reducing viewfinder lag and blackout. The grip also includes a headphone jack and DC input which, with the supplied AC adapter, can charge two batteries simultaneously or power the camera from mains. If you're an XT2 owner who uses the larger lenses in the catalogue, shoots action, or films movies, you'll find the VPB-XT2 an invaluable accessory.

Check prices on the Fujifilm VPB XT2 at Amazon, B&H, or Adorama. Alternatively get yourself a copy of my In Camera book or treat me to a coffee! Thanks!

The Vertical Power Booster XT2, or VPB-XT2 for short, is a dedicated grip accessory for Fujifilm’s XT2 mirrorless camera body. Launched alongside the XT2 in July 2016, it goes way beyond the scope of traditional battery grips for rival systems – sure it’ll extend the battery life, thicken the grip and provide duplicate controls for shooting in the portrait orientation, but it also offers a headphone jack and AC input, along with a raft of performance-enhancements to the autofocus, shutter lag, movie clip length and burst shooting speed. And where most grips only support the simultaneous use of two batteries to double the life, the VPB-XT2 can address three, thereby tripling it.

In my review I’ll examine the features and performance benefits of the VPB-XT2 and find out why the aptly-named Vertical Power Booster is the must-have accessory for almost every XT2 owner especially if they use the larger lenses in the catalogue, shoot action, or film movies. In the meantime, if you’re interested in the body it’s designed for, check out my in-depth Fujifilm XT2 review. If you’re new to the XT2, check out my video overview below, which also mentions the VPB-XT2.

In the video below I’ve detailed the upgrades and new features of the Fujifilm XT2 and also how these compare to the earlier XT1 and the joint-flagship X-Pro2. 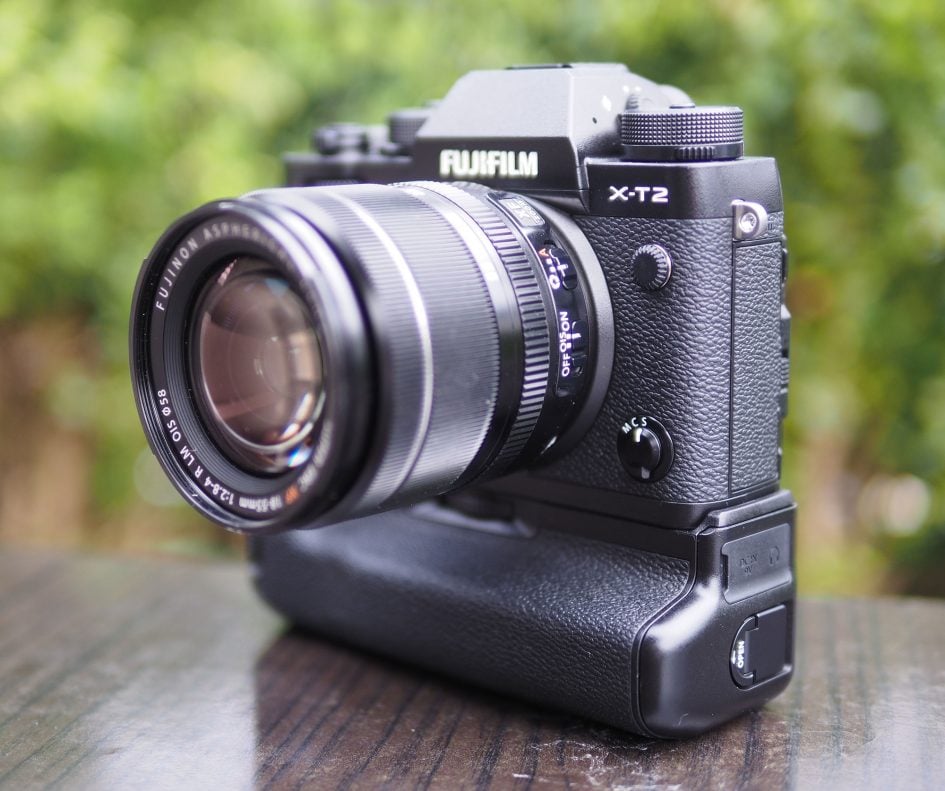 The VBP-XT2 is a solid unit styled, built and sealed to the same standard as the XT2 body. Like most grips, it secures itself to the camera by screwing into the tripod thread in the base of the body, with a small panel making the required electrical contacts (you’ll remove a small rubber flap from the base of the XT2 body before mating them). Once mounted, the pair look and feel like a single unit as oppose to an optional accessory screwed onto the base. Everything lines-up and fits together perfectly, and the weather-sealing is maintained too.

One of my favourite things about the design is how well the XT2 works (not to mention how good it looks) both with and without the grip. Fit the grip and the XT2 is boosted into a more confident beast that feels right at home with bigger lenses. This coupled with the faster handling makes it the preferred configuration when tackling sports, action or wildlife photography. But remove the grip and you’re reminded just how compact and discreet the XT2 can be compared to rivals, making it ideal for travel or street shooting. It’s almost like owning two different bodies which are desirable in different ways. It could be corny to say the VPB-XT2 ‘completes’ the XT2 experience and indeed makes it compete better with rivals at this end of the marklet, but like a big coat I also enjoyed taking it off when the extra performance wasn’t required.

A curved panel raises up from the VPB-XT2 base to curl around the XT2’s existing grip, boosting it further, while matching the depth of the portrait grip; meanwhile when held in the portrait orientation, you’ll notice the additional thumb rest is a carbon copy of the original. It makes the XT2 feel a lot more secure and comfortable when shooting with large lenses like the XF 50-140mm and XF 100-400mm.

Fujifilm’s also been careful to position the duplicate controls in mostly similar positions so that they fall naturally to hand, finger or thumb. There’s duplicate front and rear control dials, AF joystick, and AE-L and AF-L buttons. The shutter release is unsurprisingly flusher to the surface, given it doesn’t have dials around it, and is joined by duplicate Function and Q.Menu buttons. Then there’s the new lever switching between Standard and Performance Boost modes, although like Turbo buttons on old PCs, you’ll almost inevitably have it set to the faster option most of the time.

On the left side (as you hold the camera), there’s a thin rubber flap behind which you’ll find a 3.5mm headphone jack and the DC input. Fujifilm supplies the VPB-XT2 with an AC-DC adapter which lets you run the camera for extended periods from mains power (even if there’s no batteries inside the body or grip) – so when battery power is low or even depleted entirely, you can continue to shoot stills or movies on AC power. The camera still gets hot when filming under AC power, even with the batteries removed, but it’s a useful option none-the-less.

Unlike most battery grips, the VPB-XT2 doesn’t employ a stalk which slots into the camera’s existing battery compartment. Instead you get to keep the original battery in the camera and use it in addition to the two in the grip, thereby tripling rather than just doubling the life. Note in most regions you’ll need to supply the two spare batteries for the grip.

A tray accommodates the two extra batteries which work in addition to the one in the body, tripling the battery life to around 1000 shots and extending 4k movie clips from ten minutes to half an hour; 1080p clips are also extended from 15 minutes to a maximum of 30. Longer movie clips are possible since the grip allows the XT2 to avoid using the battery within its own body when filming, thereby reducing the heat build-up which otherwise limits it to ten or 15 minutes for 4k or 1080p.

In my tests I found the extended life and clever management meant I could record two and a half hours worth of 4k footage with three fully-charged batteries, while avoiding overheating; more of which in a moment. In another neat feature, each battery also has its own graphical icon in the corner of the XT2’s screen indicating how much charge is remaining, and if you tab the display views to the information-only option, you’ll see an accurate percentage remaining for each of them.

The VPB-XT2 broadens the improvements when the XT2 is set to its Performance Boost mode. Previously when shooting with the XT2 body alone, the Boost mode would only increase the viewfinder refresh from 60 to 100fps and accelerate the focusing speed. Fit the VPB and it’ll also reduce the shutter lag and increase the maximum mechanical burst speed from 8 to 11fps.

To put this to the test I timed a burst in the 11fps mode. I captured 80 Fine JPEGs in 6.93 seconds for a speed of 11.5fps, after which the rate slowed to around 5fps. Switching to Compressed RAW allowed me to capture 21 frames in 1.76 seconds for a speed of 11.9fps, slowing afterwards to around 4fps. Fujifilm quotes 73 JPEGs or 30 Compressed RAW frames at 11fps, so I managed more of the former and slightly fewer of the latter, but again a useful amount in practice. 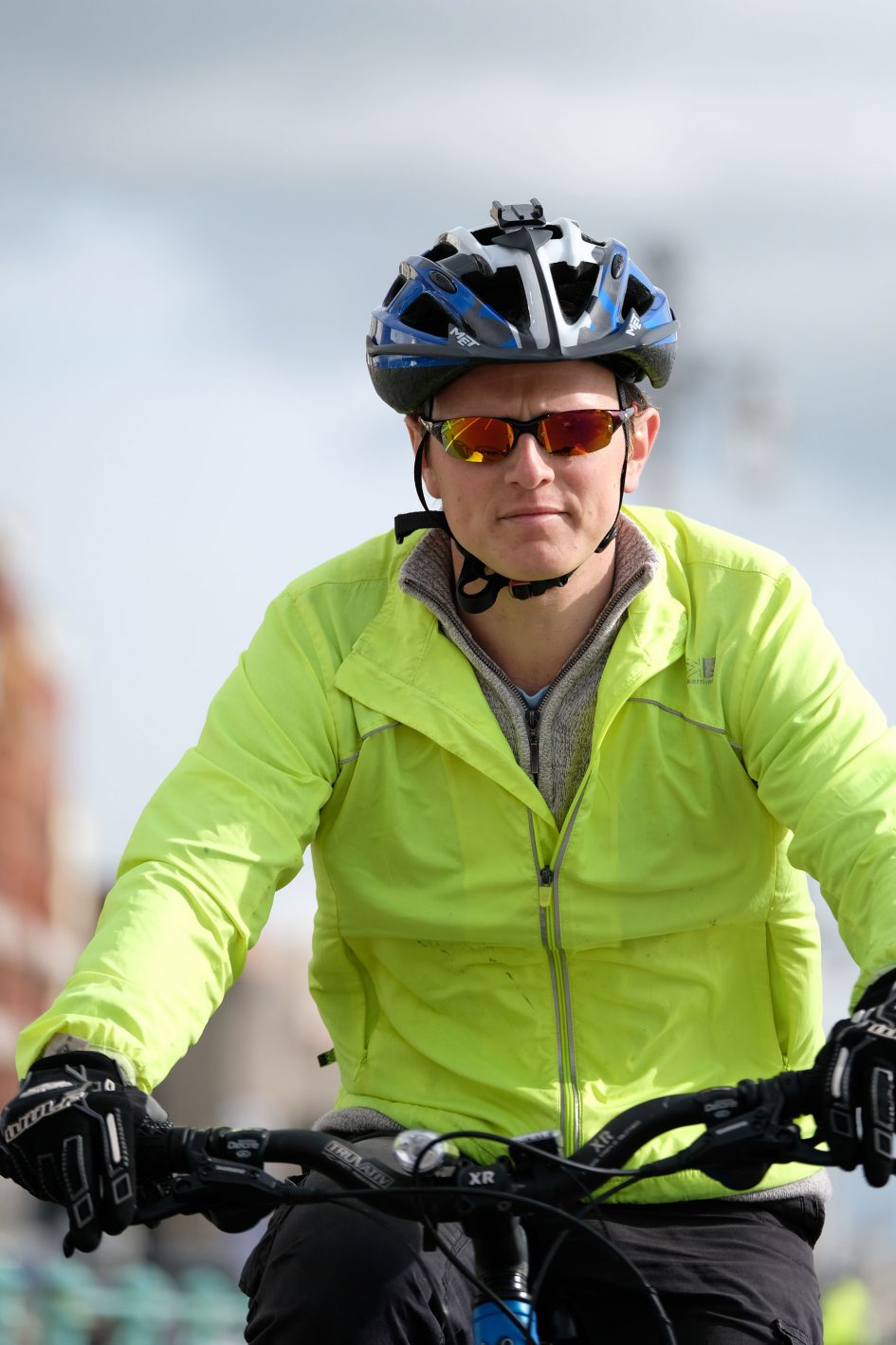 When coupled with continuous autofocus for shooting sports and action, I found the XT2 could deliver a similar percentage of focused shots at 11fps as it did at 8fps – see sequence above. So with the VPB-XT2 fitted, the increased speed of 11fps proved very usable with a greater chance of capturing the decisive moment. While shooting at this faster speed though, I was aware of the buffer filling sooner (especially when using UHS-I cards), so if you want to ensure a constant stream of regularly-spaced images when the subject is close, you’ll need to be conscious of starting the burst a little later than at 8fps.

As mentioned earlier, the VPB-XT2 also extends the maximum movie clip length compared to the XT2 body alone. Without the grip, the XT2 could only film clips lasting ten minutes in 4k or 15 minutes in 1080p due to overheating issues. Fit the VPB-XT2 though and you can film clips lasting a second shy of half an hour in either 1080p or 4k. It’s an upgrade that makes the XT2 so much more useful for shooting video, although to be fair, it only brings it in line with rivals which can film half an hour – or unlimited in the case of the Lumix GH5 – out of the box.

To put the extended movie clips to the test I fitted the Vertical Power Booster with all three batteries fully-charged and saw the maximum recording time display immediately increase from ten minutes to 29:59. I recorded a 29:59 4k clip, after which the left, right and body batteries indicated 52, 100 and 89% respectively and the body felt slightly warm. After filming a second 29:59 4k clip immediately afterwards, the body felt warmer and the batteries reported 0, 100 and 85% respectively. After a third 29:59 4k clip, the body was warm, but not hot, and the batteries reported 0, 51 and 80% respectively. Then onto a fourth 29:59 4k clip with the body feeling very warm now and the batteries reporting 0, 0 and 75% respectively. And after a fifth, again 29:59 of 4k, the body very warm and just 28% remaining on the body’s battery only. It wasn’t to last though. Just a minute and a half into the next clip, the final battery gave up the ghost and all three were completely depleted. While I didn’t 100% trust the reported percentages, the fact is I still recorded two and a half hours of 4k video on battery power alone without the camera over-heating. As soon as one clip ended, I started another, so there was no time to cool down. 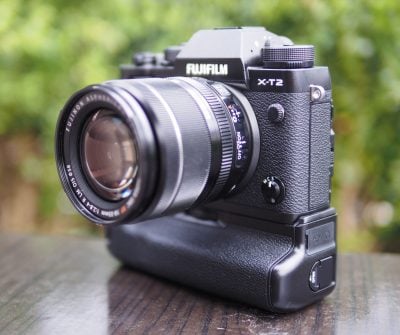