I recently had the pleasure of showing my friends Anthony and Clare Owen-Jones around Brighton and, as we originally met over a shared love of long exposure photography, a visit to the city’s old West Pier was always on the cards. It was good timing for me too as I wanted to try out the Olympus OMD EM5 Mark II for some long exposure work. 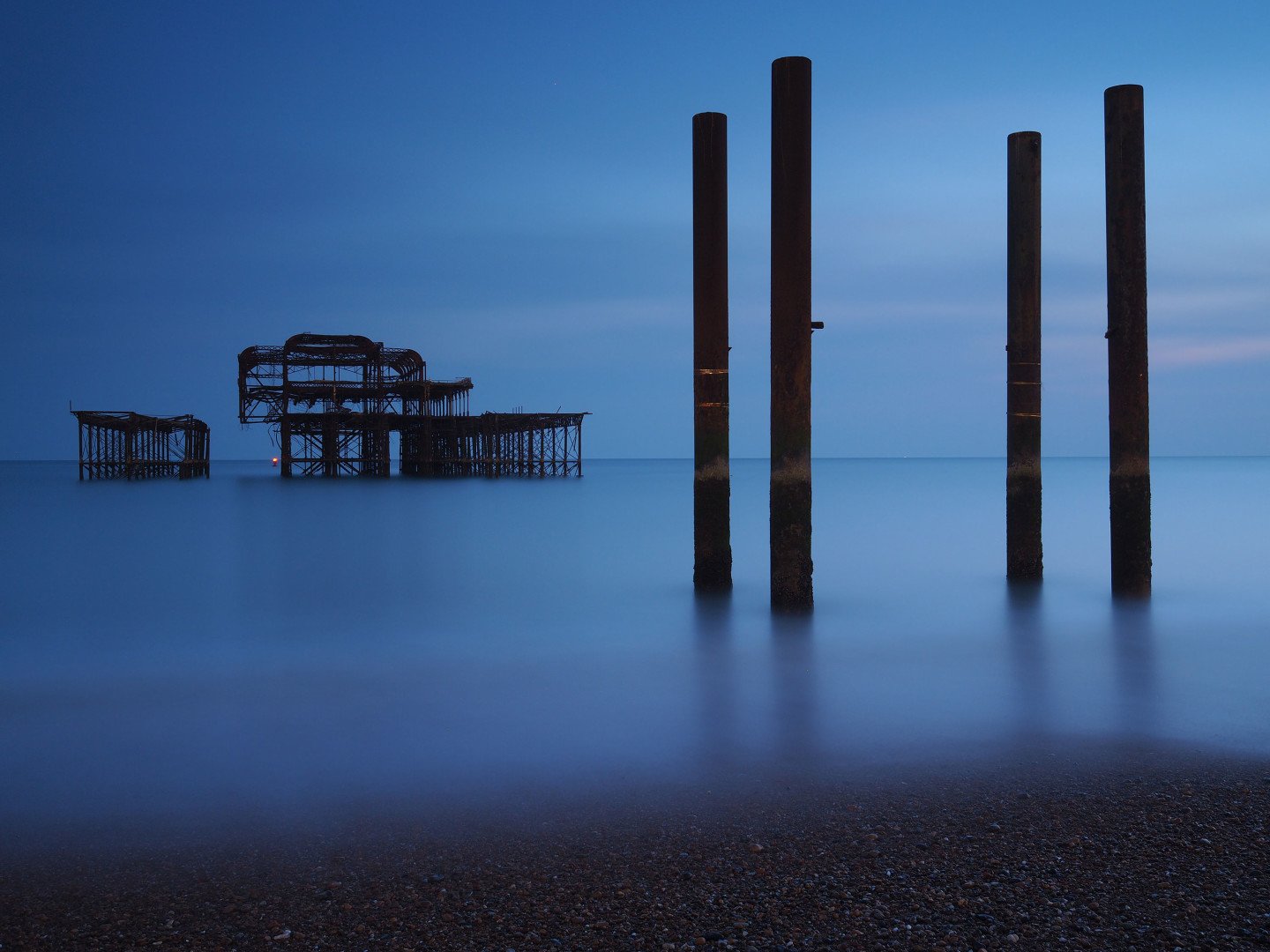 So here’s an eight minute exposure made shortly after 6:30pm, about half an hour after the Sun had set. It’s an out-of-camera JPEG. I used a three-stop ND filter with a hard grad filter, both from Lee. I employed the wonderful Live Time feature on the EM5 II which let me peek at the exposure at regular intervals as it built-up, and also allowed me to set the desired exposure time; indeed coupled with an Anti Shock delay, I could start and end this exposure without touching the camera or needing any remote control accessories. I love that about the Olympus bodies.

Looking closely at the image I found a handful of hot pixels, although the red dot behind the pier is actually a buoy. Looking even closer revealed a sprinkling of fainter dots, but they weren’t too obtrusive to me, and once again remember this is a worse-case scenario of a very long exposure, with no noise reduction AND 24 peeks as it built-up. I also made a four minute exposure where the dots became fainter, and several one minute exposures where there were no artefacts to speak of even with noise reduction disabled. While the shadows still aren’t as clean as a camera with a bigger sensor, I’m still pleased with the results – especially as the earlier OMD EM1 was plagued by hot pixels when shooting without noise reduction.

A great result for the EM5 II and you can find out more in my Olympus OMD EM5 II review!