Canon's EF-S 17-55mm f2.8 is the general-purpose zoom for anyone who loves to shoot portraits or work in low light; note as an EF-S model, it's not compatible with full-frame cameras. The constant f2.8 aperture doesn't come cheap, but it allows the lens to gather plenty of light and deliver nice blurred backgrounds. There's also quick and quiet USM focusing, along with Image Stabilisation. An ideal wedding and portrait lens for cropped bodies. It's also interesting to note the equivalent lens for full-framers, the 24-70mm f2.8, remains an unstabilised model, so this is one range where cropped-frame owners enjoy an advantage. 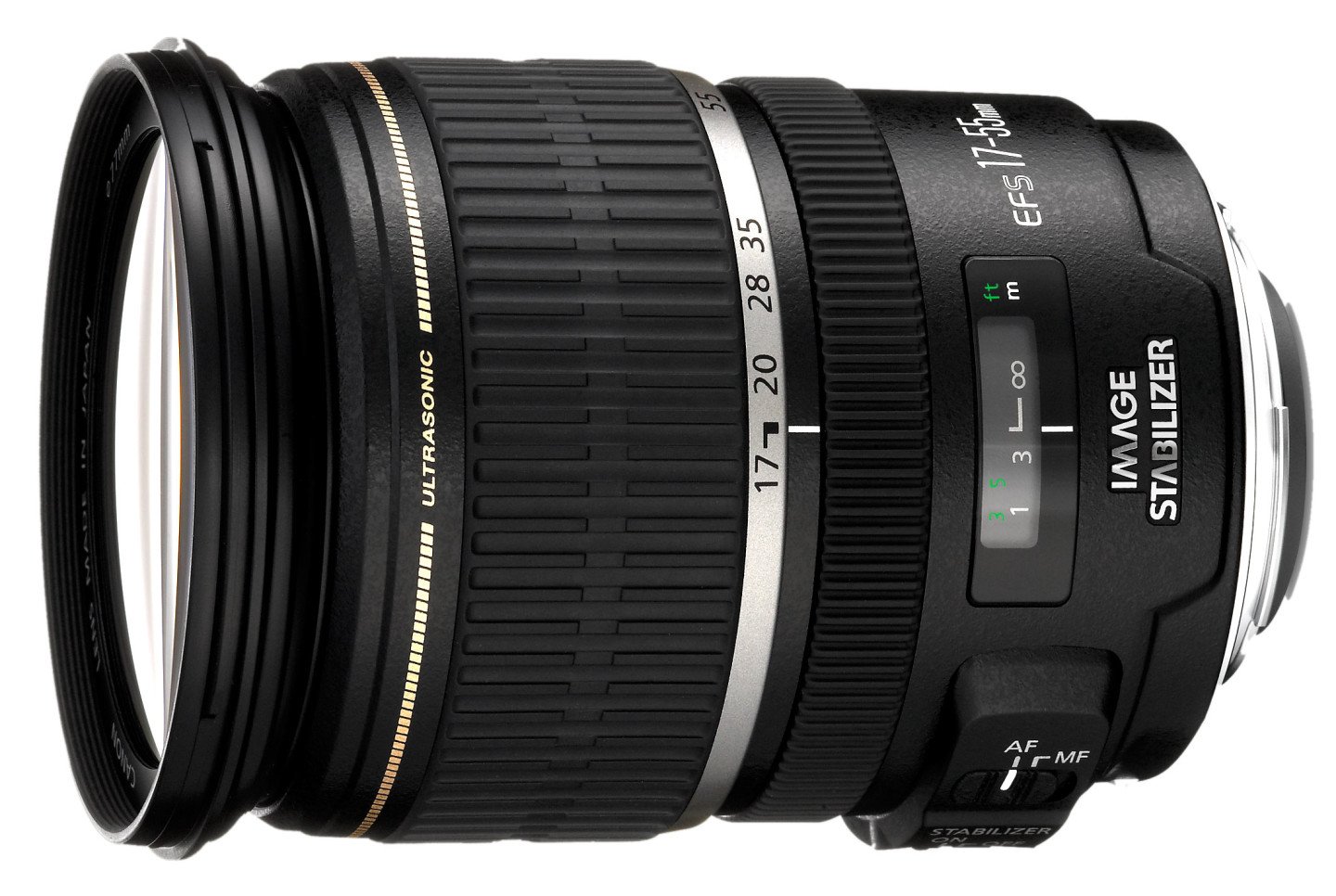 Featuring a USM focusing motor and Image Stabilisation, the EF-S 17-55mm clearly goes up against Canon’s existing EF-S 17-85mm f/4-5.6 IS USM, and while the latter features a longer range and cheaper price, the new model boasts a much faster aperture, allowing very shallow depths-of-fields and improved low-light performance.

In this in-depth review of the EF-S 17-55mm we’ll test its low-light capabilities and compare its performance against the EF-S 17-85mm, along with the budget EF-S 18-55mm model. To see how Canon’s premium L glass compares, we’ve also included lab results from Canon’s EF 17-40mm f/4.0L lens, which has the additional benefit of being compatible with full-frame bodies should you wish to upgrade in the future. All four lenses were tested using a Canon EOS 400D / Digital Rebel XTi.

NEW: For an overview of the headline features of this lens, check our Canon EF-S 17-55mm lens video tour.