The Canon RF 15-35mm f2.8L is the first ultra-wide lens in the native EOS R mount and a key model for the system. Like other high-end RF lenses, it performs very well whether you’re shooting near or far, taking photos or filming video. Unsurprisingly its biggest rival is Canon’s excellent 16-35mm f2.8L Mark III. The new RF version is almost identical in size, similar in weight and in the majority of my tests also delivered very close results. It does however benefit from zooming a little wider at the short-end while also now including optical stabilisation which, while modest in my tests, still allowed me to handhold shutter speeds slower than without. It’s also beneficial for video, although Canon’s digital movie stabilisation also does a good job with non-IS lenses like the EF 16-35mm. With some models, there’s a substantial price difference between the EF and RF versions, but here you’re only looking at about a 10% premium for the RF. If you already own the Mark III EF version, I’d say stick with it, but if you don’t yet own an ultra-wide f2.8 zoom for an EOS R body, then it’s worth spending the small amount extra on the RF for its wider coverage, optical stabilisation, customisable control ring, and smoother, quieter focusing. As such it comes Highly Recommended for EOS R owners.

Check prices on the Canon RF 15-35mm f2.8L IS USM at Amazon, B&H, Adorama or Wex. Alternatively get yourself a copy of my In Camera book or treat me to a coffee! Thanks!

The Canon RF 15-35mm f2.8L IS USM is a bright ultra-wide-angle zoom for the full-frame EOS R system. Teased in February 2019 and launched the following August alongside the RF 24-70mm f2.8L IS USM, they represent two thirds of the so-called Trinity of professional zoom lenses, with the RF 70-200mm f2.8L IS USM completing the set a few months later. Many photographers consider these three lenses (or similar) as essential purchases, and as such they’re critical members of any camera system.

Rather than simply recreating a native version of the existing EF 16-35mm f2.8L III USM for the EOS R system though, Canon’s sensibly opted to exploit the benefits of mirrorless technology and modern optics to produce something different. Both lenses may be similar in size and weight, but by widening the short-end to 15mm, the RF 15-35mm becomes Canon’s widest zoom with an f2.8 focal ratio and in a key advantage over the EF version, it also now includes optical image stabilisation. Previously in the EF mount, you’d need to go for an f4 version to enjoy stabilisation from Canon. The newer RF version also employs Nano USM motors for quieter and smooth focusing in movies and while the closest focusing distance is the same 28cm, Canon claims a slightly greater magnification presumably due to differences in focus breathing.

In my review I’ll show you what the RF 15-35mm f2.8L IS USM is capable of, while also directly comparing the features and quality against the existing EF 16-35mm f2.8L III USM. Like most RF lenses, the 15-35mm carries a price-premium over the older EF model, but in this case you’re only looking at spending around 10-15% extra, so in my review I’ll see if it’s worth going for the new model or adapting the EF version.

Check prices on the Canon RF 15-35mm f2.8L IS USM at Amazon, B&H, Adorama or Wex. Alternatively get yourself a copy of my In Camera book or treat me to a coffee! Thanks!
Pages: 1 2 3 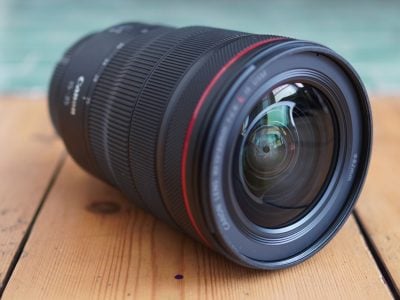 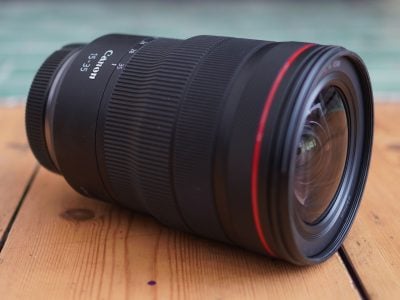 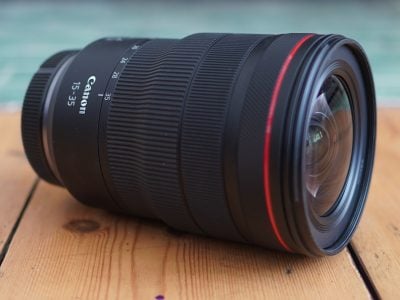