The Canon EOS 77D is a mid-range DSLR, aimed as a step-up from entry-level models without the complexity or bulk of higher-end bodies. Like the EOS 80D, the EOS 77D employs a 24 Megapixel sensor with Dual Pixel CMOS AF for smooth and confident AF on stills and movies. The optical viewfinder features a new 45-point / all cross-type AF system while burst shooting is rated at 6fps with AF. There's also a fully-articulated 3in touch-screen and built-in Wifi with Bluetooth to maintain a connection with your phone.

The Canon EOS 77D is a mid-range DSLR, aimed at photographers wanting a step-up from entry-level models without the complexity or bulk of higher-end bodies. Announced in February 2017, it replaces the EOS 760D / T6s and as its model number suggests is positioned just below the EOS 80D. The 77D was also launched alongside a simpler version, the EOS 800D, which replaces the 750D.

Like the EOS 80D, the EOS 77D features a 24 Megapixel sensor with Dual Pixel CMOS AF which allows 80% of the sensor area to double-up as phase-detect AF points, supporting smooth and confident continuous AF for stills and movies. DIGIC 7 makes its debut on a DSLR here (and on the lower-end EOS 800D), claiming improved low-light performance and faster AF whether composing in Live View or through the optical viewfinder. The EOS 77D films video up to 1080 / 60p with optional five-axis digital stabilisation (for movies only), and includes a microphone input.

The optical viewfinder features a new 45-point / all cross-type AF system with 27 points working at f8 and a centre-point sensitive down to -3EV. Meanwhile continuous shooting is rated at 6fps with AF. There’s also a fully-articulated 3in screen featuring Canon’s excellent touch interface. Like the 760D before it, the 77D further differentiates itself from lower-end models with twin control dials and an upper LCD panel, as well as now also including a larger grip, multi-function lock and AF-ON button. If you prefer an easier life, the 77D also offers the new guided user interface of the 800D – a switchable option on both models. The built-in Wifi is also complemented by Bluetooth which works with the new optional BR-E1 Bluetooth remote control accessory (39 GBP / 49 EUR). The EOS 77D is also available in a kit with a new EF-S 18-55mm f4-5.6 STM kit zoom which is shorter than the earlier model (61.8mm vs 75.2mm) and claims superior image quality. Expect the EOS 77D in April 2017 at a body price of 829 GBP / 1079 EUR or in a kit with the EF-S 18-55mm f4-5.6 for 919 GBP / 1199 EUR. I went hands-on with the EOS 77D at a Canon event and put together a video of the main features below. 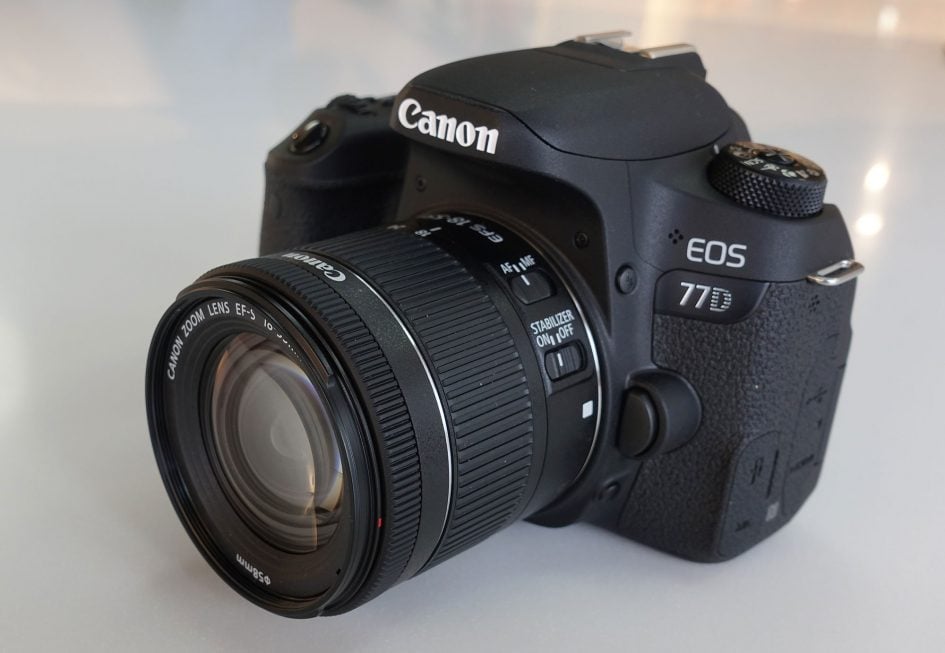 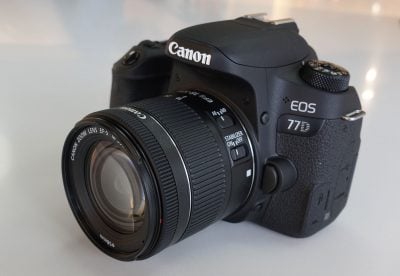