The Canon EOS 2000D / Rebel T7 provides one of the most affordable pathways to serious photography for beginners on a budget. Interchangeable lenses, a 24 Megapixel APSC sensor, an optical viewfinder and a good LCD screen don't come much cheaper than this. Unless of course you're talking about the earlier EOS 1300D / Rebel T6 which is the same bar a lower resolution 18 Megapixel sensor and currently incredibly good value for money. Outside North America there's also the simultaneously released EOS 4000D with an 18 Megapixel sensor and smaller 230k dot screen. If you have a little more to spend, the EOS 200D / SL2 also represents a big step-up for movie shooters with continuous autofocus, articulated touchscreen and mic input.

Check prices at Amazon, B&H, Adorama, Wex. Alternatively get yourself a copy of my In Camera book or treat me to a coffee! Thanks!

Canon’s EOS 2000D, or Rebel T7 as it’s known in North America, is an affordable DSLR aimed at beginners, students and those upgrading from smartphone photography. Announced in February 2018, it’s the successor to the EOS 1300D / Rebel T6, Canon’s previous entry-level model, although in some regions it’s now joined by an even more affordable model, the EOS 4000D with a simpler specification to appeal to those on a tighter budget.

The EOS 2000D / T7 employs a 24 Megapixel APSC sensor coupled with the DIGIC 4+ processor, allowing it to film 1080p video up to 30p. The camera employs a 9-point AF system when composing through the optical viewfinder, or a contrast-based system when shooting in live view with the 3in / 920k dot screen. Continuous shooting is available up to 3fps through the viewfinder (for 150 JPEGs or 11 RAW images), there’s an optional guided interface for beginners, and also built-in Wifi with NFC for wireless remote control and transfer of images.

The EOS 2000D / T7 may have a basic AF system, modest burst shooting and lacks a touchscreen or hybrid movie AF, but still packs a 24 Megapixel APSC sensor, viewfinder, basic movie capabilities and wireless connectivity into a very affordable package. As such it’ll appeal greatly to those starting out in photography, although as noted earlier, there’s now also the slightly cheaper EOS 4000D to consider if your budget’s tighter, or of course the earlier EOS 1300D / Rebel T6. In my review I’ll compare them to help you choose the best budget DSLR! I’ll start with a quick video overview. 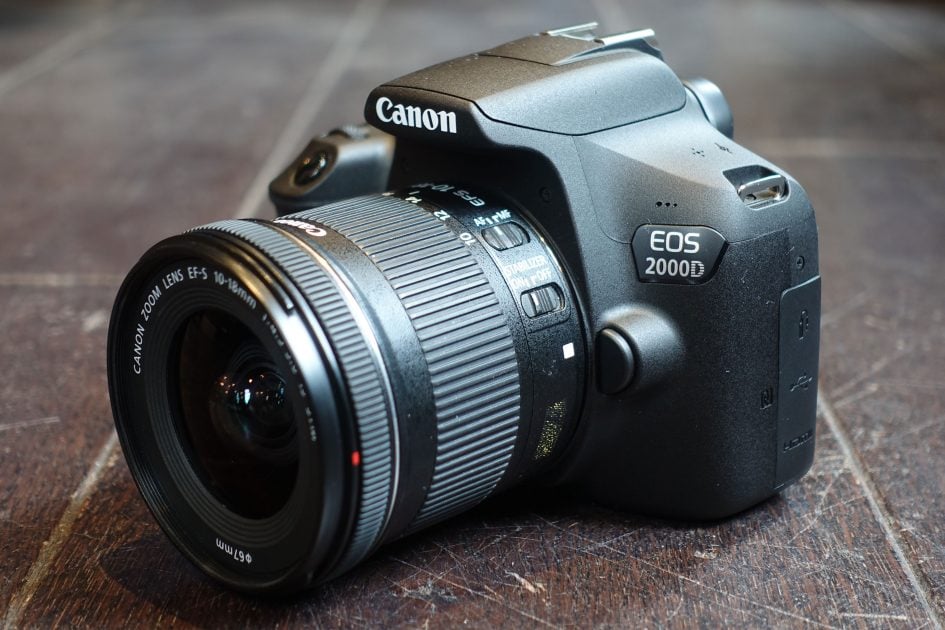 The The EOS 2000D / T7 is identical in appearance and external physical features to the EOS 1300D / Rebel T6 that it replaces. The generous grip and rounded corners make it a very comfortable fit in the hand and at 475g it’s a pretty lightweight body by DSLR standards. Underneath the flap on the right (as you’re looking at it) there’s a mini HDMI port, a USB port and a socket for Canon’s wired remote accessory. 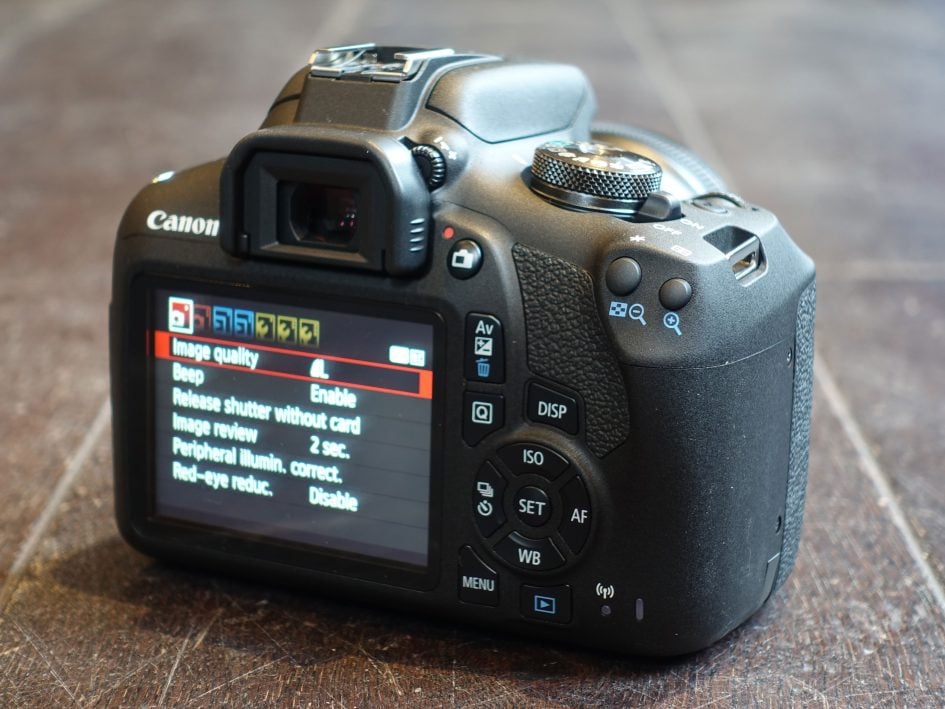 Round the back the controls and buttons are large and well spaced out. You can reach just about everything with your right thumb, leaving your index finger to operate the shutter release and the control dial just behind it. It’s the same 920k dot 3 inch screen as on the earlier 1300D / Rebel T6, and it’s great for composing and shooting in live view as well as for reviewing photos. It’s a step up from the 2.7 inch 230k dot screen on the less expensive EOS 4000D and makes a big difference to the handling.

Eagle-eyed flash owners may notice the hotshoes on the EOS 2000D / Rebel T7 and 4000D lack the standard ‘X-sync’ connector in the middle, and only sport the four smaller pins proprietary to Canon flashguns. This means neither camera will work with simpler third party flashguns that rely on this central pin for synchronization. Canon describes this as a cost saving, although it of course also drives owners to Canon’s own Speedlite flashguns, or third parties that copy their interface. It’s also worth noting Canon’s earlier EOS 1300D / Rebel T6 doesn’t suffer from this restriction. 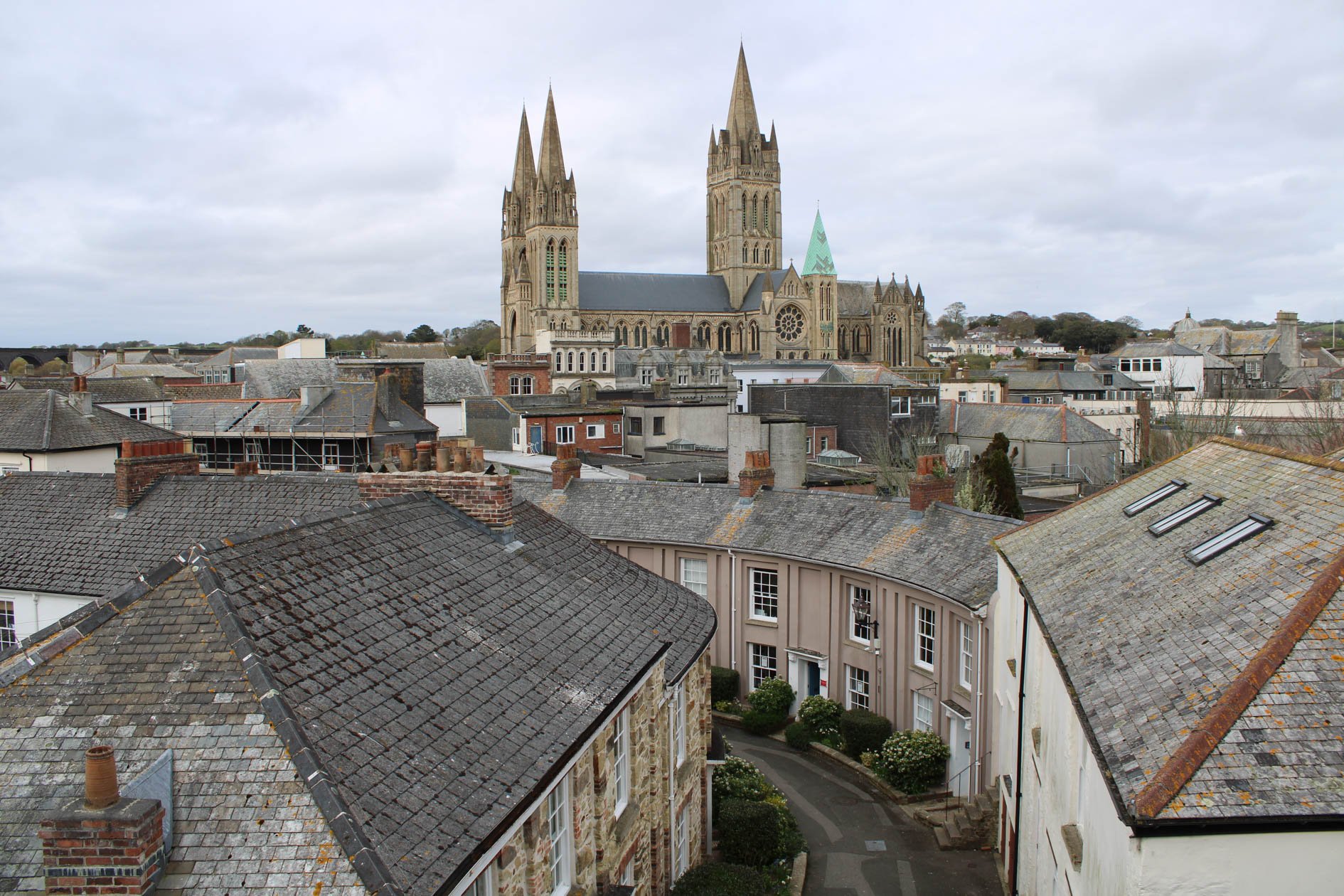 The EOS 2000D / T7 is available as a kit with the EF-S 18-55mm f3.5-5.6 IS II zoom lens. The (roughly) 3x zoom is a good match for the body in terms of price and quality, but of course the whole point of a DSLR is that you can acquire better quality lenses as your photographic skills develop. Here’s the view with the lens at its maximum wide angle setting. 18mm is wide enough for decent landscape shots, group photos and spacious interiors like galleries or country houses, but you’ll need something wider for, say, a decent shot of your bathroom (unless your bathroom is a lot bigger than mine). 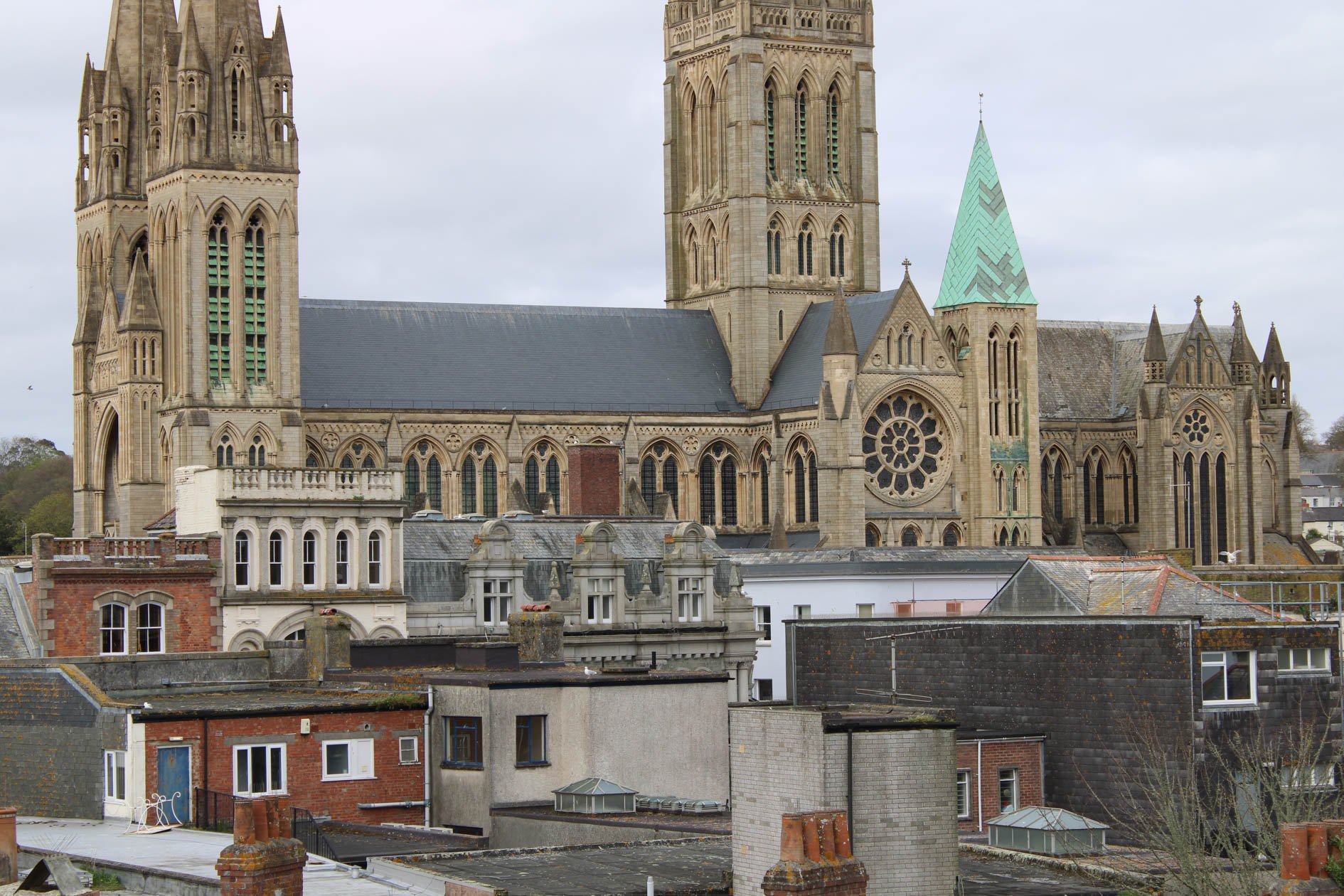 And here’s the kit lens zoomed in as far as it will go. 55mm isn’t going to get you in nearly close enough for sports or wildlife photography, but it is good for getting the framing right on reasonably close subjects, and of course for portraiture and street photography. 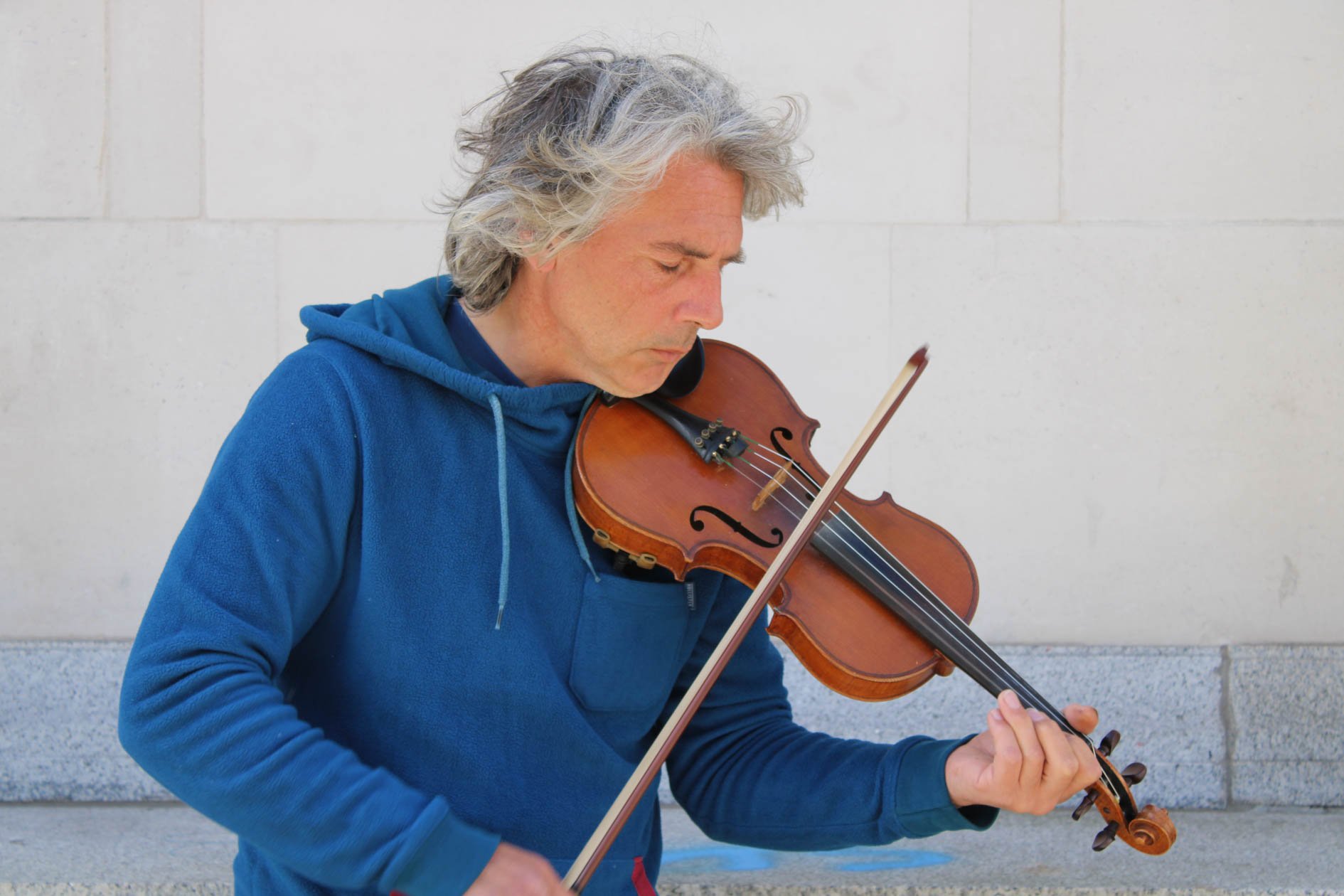 This was shot with the EOS 2000D / Rebel T7’s kit lens zoomed to its maximum 55mm focal length and with the aperture set to it’s widest f5.6. For shots like this you’ll still need to get quite close to the subject (I was on the pavement about two metres away) and if you want a blurred background you’ll need to make sure (unlike here) that your subject is a good distance in front of it. If you want much greater blurring in the background, get yourself a Canon EF 50mm f1.8 STM lens, a great second lens for any EOS DSLR. 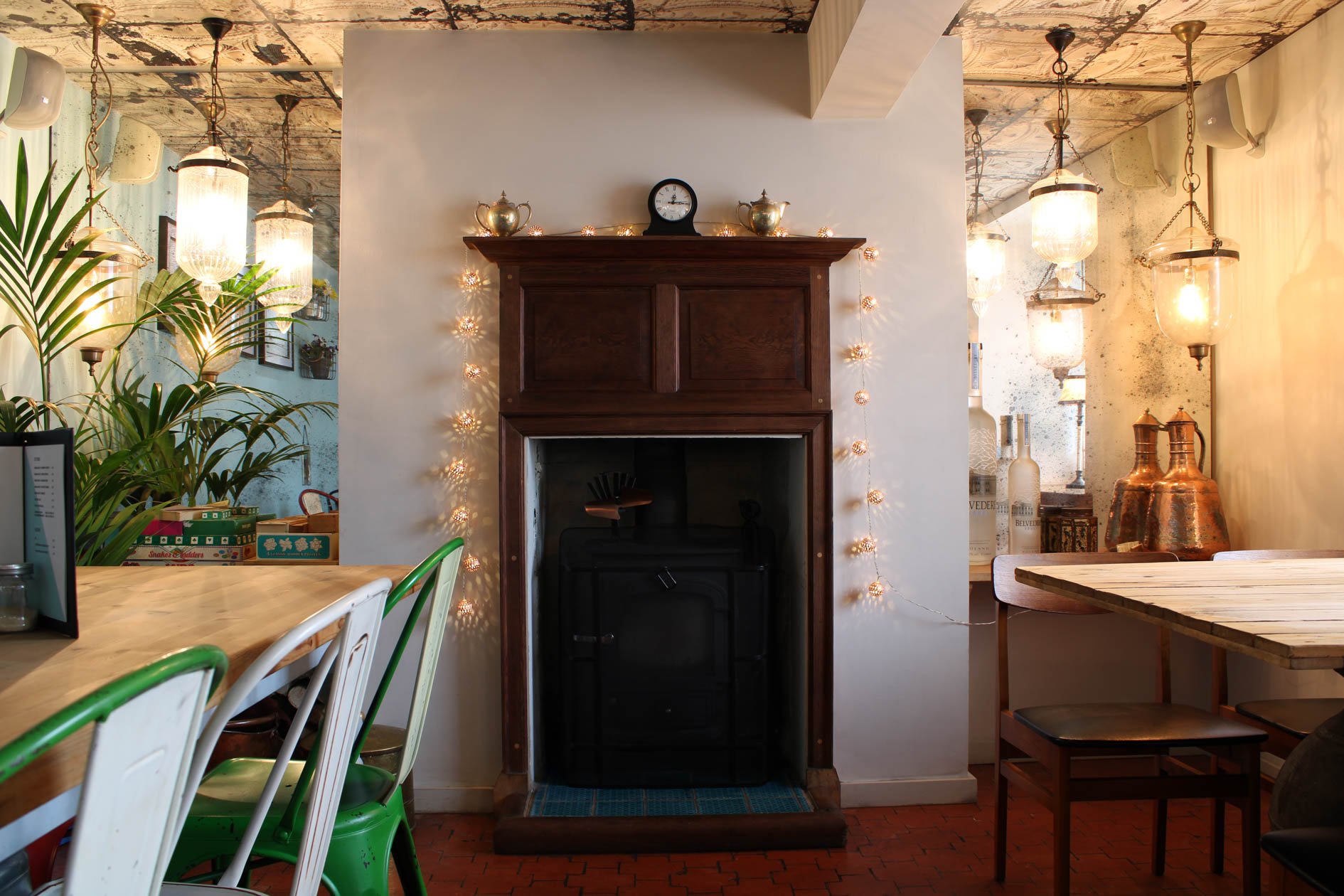 For this shot the EOS 2000D / Rebel T7 was mounted on a tripod and the stabilisation was disabled using the switch on the lens barrel. I used the self timer to avoid jogging the camera during the half second exposure, but the remote function of the Canon CameraConnect phone app would have done equally well. The EOS 2000D / Rebel T7 has a sensitivity range of 100 – 6400 ISO plus a 12800 ISO extended option. See my quality test to find out how the sensor performs throughout the ISO sensitivity range 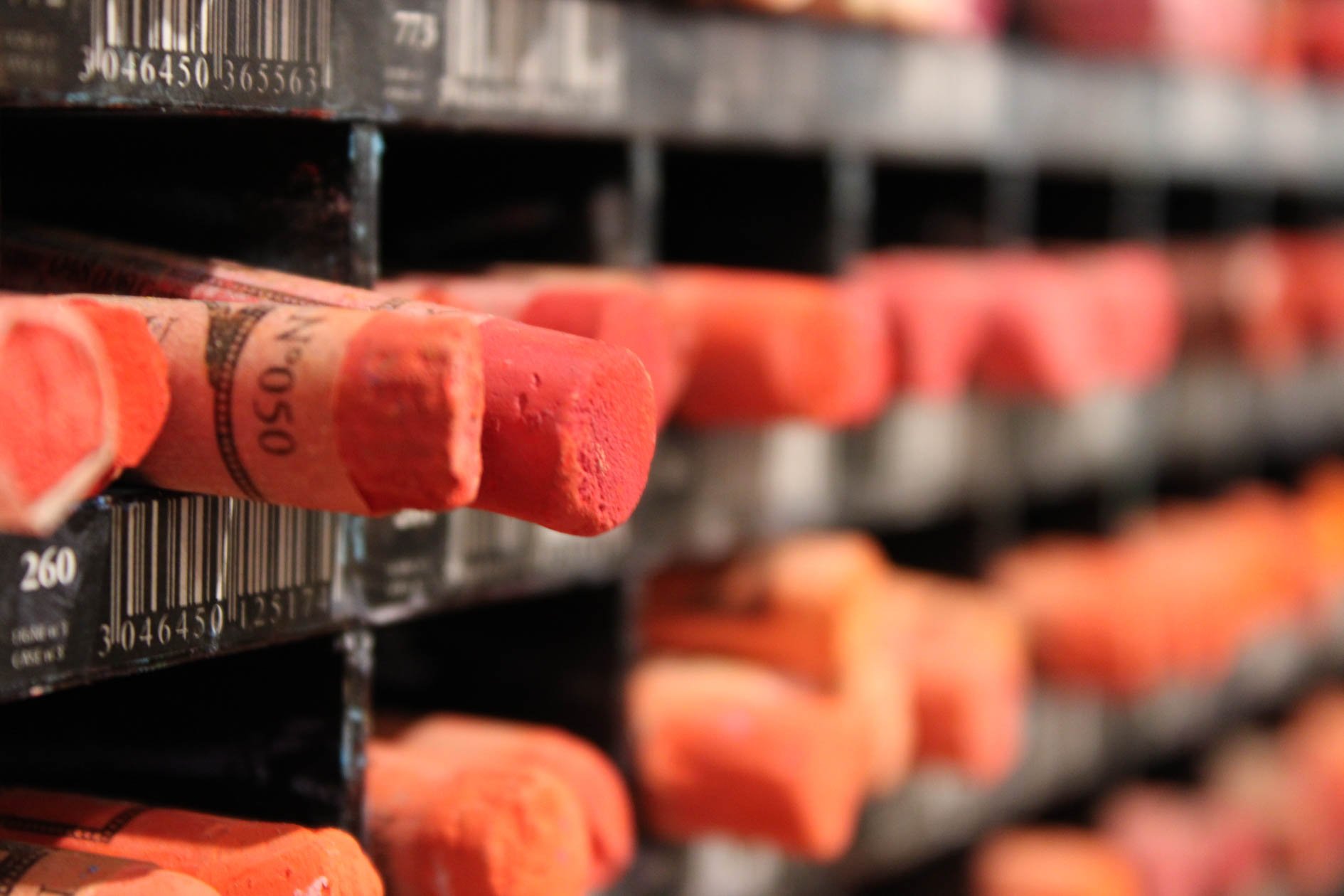 The kit lens has a specified close focus distance of 0.25 metres. For macro shots, the best option is to zoom the lens all the way in to 55mm, as I’ve done here. With the lens opened up to its maximum f5.6 the depth of field is pretty shallow when zoomed in and close up. 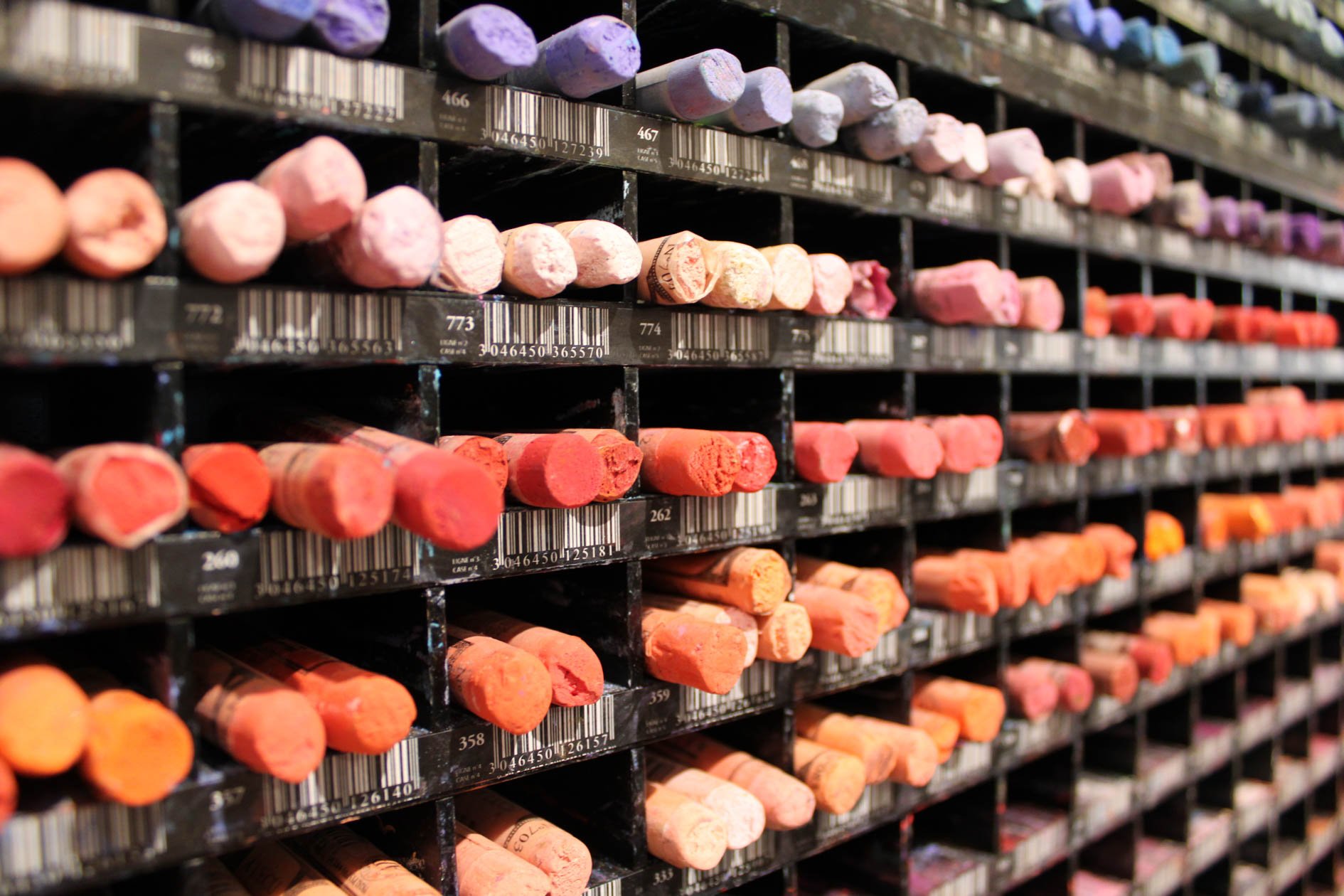 Here’s how things look when you get as close as you can with the lens in its 18mm wide angle position. You don’t get as close to the subject and there isn’t anything like the same amount of blur, even though the aperture opens up to f3.5 at this focal length.

Above: Download the original file (Registered members of Vimeo only). For this clip and the ones below I set the EOS 2000D / Rebel T7 to its best quality 1080 / 25p movie mode. For this hand-held clip the lens stabilisation was enabled and does a fairly good job of keeping things steady at the wide angle setting, though it’s hard to hold the camera steady while operating the manual zoom ring.

Above: Download the original file (Registered members of Vimeo only). For this clip I mounted the EOS 2000D / Rebel T7 on a tripod and disabled the stabilisation. Some highlight detail is lost at the beginning of this clip, but it’s a difficult scene with bright highlights and overall the exposure is good. The EOS 2000D / Rebel T7 lack continuous autofocus in movie mode, so you need to half press the shutter to focus before recording. If you want good continuous focusing while filming video, as well as a touchscreen that can flip forward to face you for vlogging, I’d recommend the Canon EOS 200D / Rebel SL2 instead.

Above: Download the original file (Registered members of Vimeo only). For this interior low light panning shot the lens stabilsation works well. The EOS 2000D / Rebel T7’s sensor does a great job with the exposure and colour balance and there’s very little evidence of noise. The exposure and ISO in this clip are automatically set, but they can also be set manually. 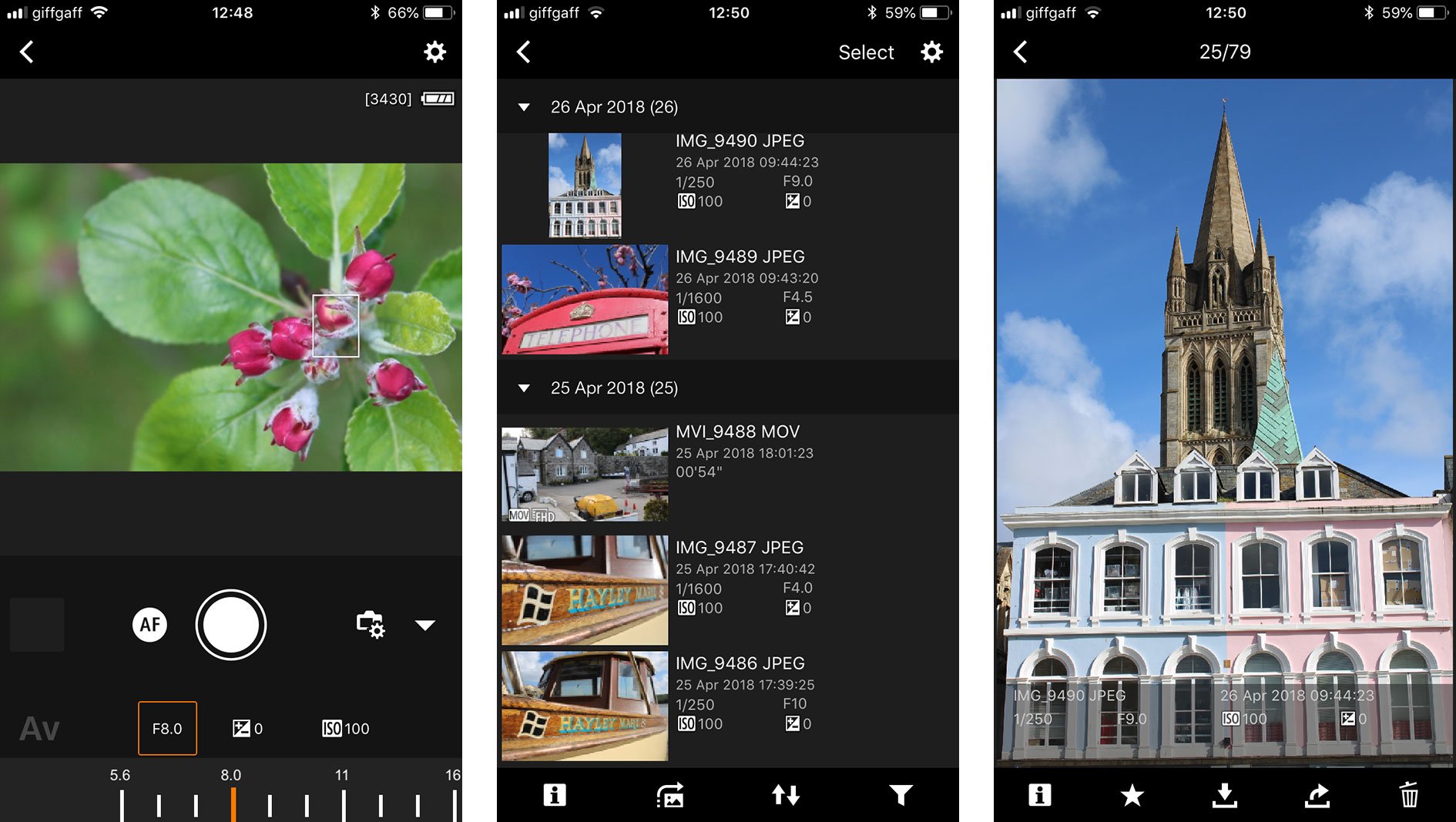 Like its predecessor, the EOS 2000D / Rebel T7 has built-in Wifi and NFC which allows you to wirelessly transfer photos (but not video) to your phone and shoot remotely. You can also transfer location data to images in the camera from a GPS log recorded on your phone. With remote shooting you can tap your phone screen to focus, change exposure settings and even manually focus, but you can’t switch exposure modes and if you move the mode dial on the camera the Wifi connection is dropped and you have to start over. Apart from that though, everything works much more smoothly than on the EOS 1300D / Rebel T6 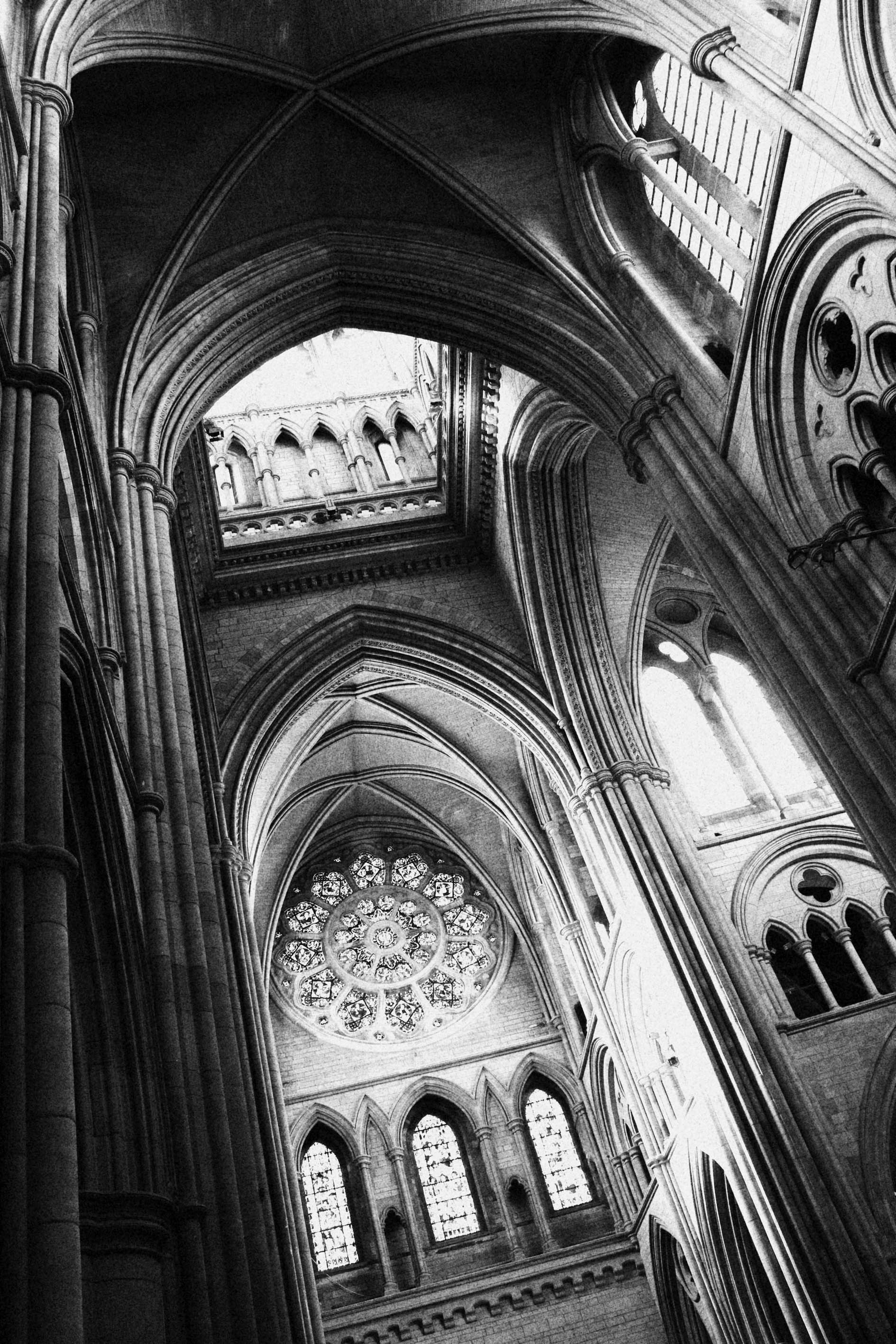 The EOS 2000D / Rebel T7 lacks effects filters that are applied when shooting, but you can apply a limited range of creative filters in the camera when reviewing shots. This is Grainy B/W (low contrast) and there’s also Soft focus, Fish-eye, Toy camera, and Miniature. These can only be applied to Jpegs, but you can save the edited image as a new file, leaving the original intact. If you want to change the look of your photos while you shoot, Picture styles including Portrait, Landscape, Neutral, Monochrome, and Faithful can be applied in any exposure mode.

Check prices at Amazon, B&H, Adorama, Wex. Alternatively get yourself a copy of my In Camera book or treat me to a coffee! Thanks!
Pages: 1 2 3 4 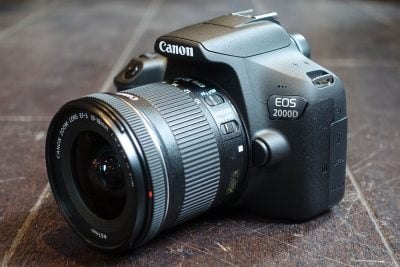