The Canon EF 50mm f1.8 STM is as close to a no-brainer as you can get in the EF lens catalogue. It represents one of the most affordable entries to the joys of fixed-focal length ‘prime’ lens photography, delivering better quality, superior low-light performance and much greater potential for blurring backgrounds than typical kit zooms. And don’t let the budget price fool you into thinking it’s only suitable for budget bodies, as the EF 50mm f1.8 STM can be equally compelling for full-frame DSLRs.

The EF 50mm f1.8 STM is the successor to Canon’s best-selling lens of all time, the EF 50mm f1.8 II, launched over two decades earlier. Like that lens, it delivers so-called standard coverage on a full-frame body that roughly matches the magnification of the human eye, making it an ideal general-purpose lens. Mount it on a cropped-frame APS-C body and the coverage is reduced to 80mm, a short telephoto length that’s perfect for portraits. The 50mm focal length is typically included within most general-purpose zoom lenses, but what makes a fixed-focal ‘prime’ lens special is its typically brighter aperture, in this case f1.8. This gathers over eight times more light than the 18-55mm f3.5-5.6 kit zoom at 50mm, allowing you to shoot much more easily in low-light, as well as achieving much shallower depth-of-field effects to blur backgrounds. Like most primes, it’ll also out-perform a budget kit zoom on sharpness across the frame.

So far so similar to the earlier EF 50mm f1.8 II, but the new model features closer focusing, a tougher lens mount, more-rounded aperture blades and arguably most-importantly, one of Canon’s STM motors for smoother and quieter focusing – something that’s especially beneficial when filming movies. Meanwhile in my tests it resolved slightly finer details in the centre at the largest apertures and was a tad crisper in the corners too. While the newer STM version continues to cost a little more than the previous model, it still manages to come close to 100 Dollars, Pounds or Euros which, with the upgrades, makes it an essential in any Canon DSLR owner’s bag. 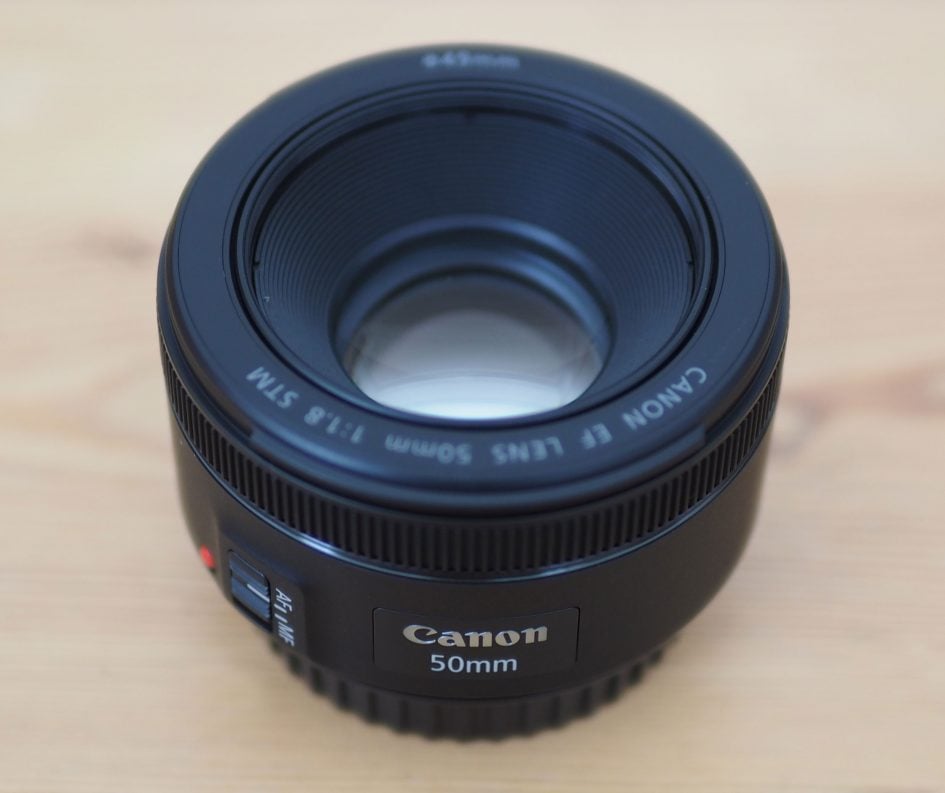 As hinted at the top, I really mean any Canon DSLR owner as my results prove it can deliver surprisingly respectable sharpness into the corners at large apertures. You’ll need to close it to f4 or ideally f5.6 to eliminate the worst of the vignetting and enjoy the maximum sharpness, but even at f2 or the maximum f1.8, it’s not at all bad.

It’s also crucial not to assume the more expensive 50mm options in the Canon catalogue will out-perform it. The next step-up, the EF 50mm f1.4 USM, is another ageing design well over-due for an update. I’ve tested three different samples of this lens and while the build is a step-up over the budget f1.8 STM and the USM focusing a little quicker and quieter, the brighter f1.4 focal ratio doesn’t make a huge difference to the depth-of-field or rendering, and the sharpness in the corners is actually worse. I’d personally avoid the EF 50mm f1.4 USM, especially now the f1.8 STM is available.

Taking a big step up to the EF 50mm f1.2L USM gets you the red-ring of an L-lens with its benefits of better build and smoother manual focusing. The brighter f1.2 focal ratio delivers visibly shallower depth-of-field effects and attractive rendering, but again don’t assume the resolution and sharpness are top-of-the-range. Again in my tests, I’ve found the EF 50mm f1.2L USM is no sharper in the corners than the f1.8 STM, and the focusing is also leisurely to say the least.

If you’re looking for a high-end 50mm lens for a DSLR, I’d personally recommend the Sigma 50mm f1.4 ART. In my tests it comfortably out-performs all three Canon EF 50mm lenses and while it misses out on the slightly shallower depth-of-field of the EF 50mm f1.2L USM, it comes very close and should satisfy most owners. I also found it beat Nikon’s 50mm options, making it the best choice for that system too.

So if your budget will stretch, I’d go for the Sigma 50mm f1.4 ART at the high-end, but if it won’t, don’t feel bad about going for the cheapest lens in the Canon system. It punches far above its weight for the money and will both delight budget DSLR owners while surprising full-frame photographers.

If you have one of Canon’s more affordable DSLRs, it really should be the second lens you own after a standard kit zoom. It’ll let you shoot flattering portraits or events in low-light with nice blurred backgrounds, while enjoying sharper quality than a kit zoom too. If you want to take your photography to the next level, this is the lens to start building your collection. 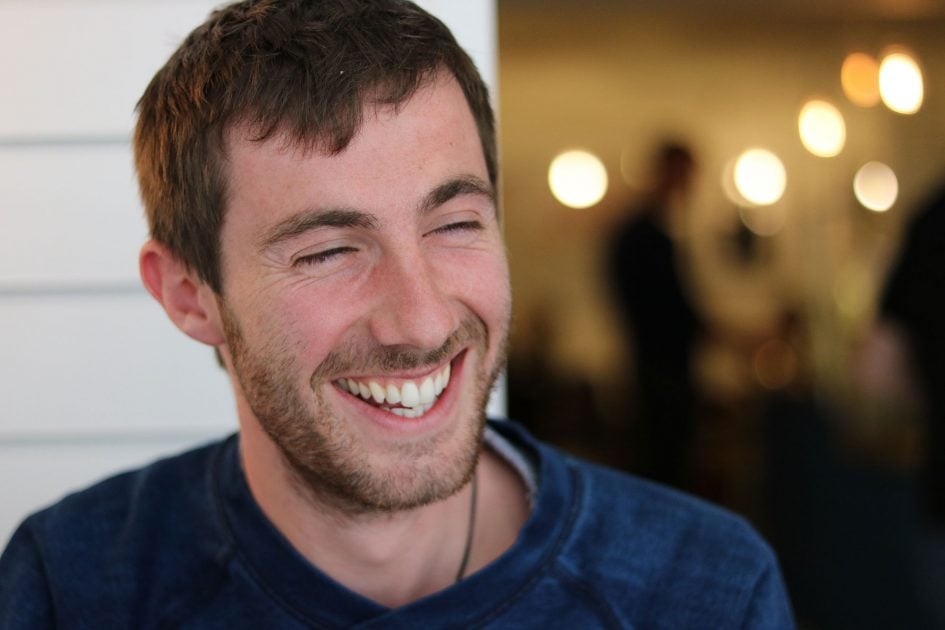 If you own a full-frame body, you may scoff at the budget build quality, especially compared to Canon’s pricier options, but believe me when I say the optical quality is better than you think – indeed even better than the Canon f1.4 and f1.2 versions in some situations. Once again the Sigma ART is the ultimate 50mm with autofocus, but if you can’t stretch to it, the EF 50mm f1.8 STM remains a great choice. Even if you do own the Sigma or a high-end zoom, the EF 50mm f1.8 STM can be a handy backup lens when you don’t want to lug around a heavy or expensive lens. Like I said at the top of this page: a no-brainer, regardless of which Canon DSLR you own.

Canon’s EF 50mm f1.8 STM finally upgrades the 24 year old EF 50mm f1.8 II with smoother focusing, more rounded aperture blades, closer focusing and a tougher lens mount. Like its predecessor, it’ll gather over eight times more light than a typical kit zoom, making it great in low-light, deliver a shallower depth-of-field for attractive blurred backgrounds, and capture sharper results too. Meanwhile the low price makes it the most affordable lens in Canon’s catalogue and the closest you’ll find to a no-brainer, whether you own a DSLR or intend to adapt it to a mirrorless body. Mount it on a cropped-frame / APSC DSLR or mirrorless camera and it also becomes equivalent to 80mm, making it perfect for portraits. Bottom line? It should be in every Canon owner’s collection.