If you’re shopping for a professional camera, you’ve come to the right place! At Camera Labs I write in-depth reviews of cameras but understand you’re busy people who sometimes just want recommendations of the most outstanding products. So here I’ll cut to the chase and list the best pro cameras around right now. Note like my other guides they’re also listed by review date, not in order of preference. 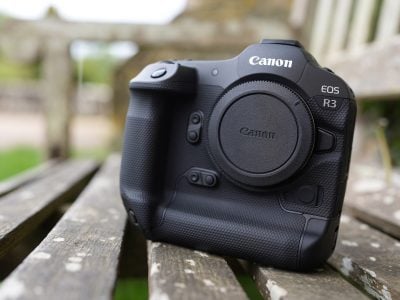 The Canon EOS R3 is high-end mirrorless camera aimed at professionals who demand the fastest speed and toughest body. It’s Canon’s most powerful mirrorless camera to date, and while it outperforms the 1Dx Mark III in most respects, it’s officially positioned between it and the EOS R5. The R3 employs Canon's first stacked BSI sensor for high-speed readout and reduced rolling shutter, as well as supporting a top shooting speed of 30fps with AF and AE tracking. In addition to the human, animal and bird eye autofocus of the R5, the R3 will also recognise motorsports including cars and bikes, and the Dual Pixel AF system will operate at light levels down to -7EV. The R3 also becomes Canon’s toughest mirrorless camera to date, sharing the same degree of dust and water resistance as the 1Dx Mark III, as well as its large battery back and innovative Smart Controller. Like Nikon’s Z-9, the R3 will also employ a built-in portrait grip, although the overall size is smaller than the 1Dx III.

Check prices on the Canon EOS R3 at B&H, Adorama, WEX UK or Calumet.de. Alternatively get yourself a copy of my In Camera book or treat me to a coffee! Thanks! 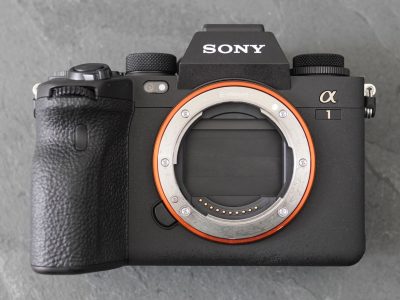 The Alpha 1 becomes the most powerful all-round mirrorless camera to date, combining the best of the A7 and A9 series. The 61 Megapixel A7r IV may slightly out-resolve it, but the Alpha 1’s photo quality comes close while outpacing the A9 on speed and delivering 8k video that’s absent on the A7s. It also delivers the most practical electronic shutter with minimal skewing, anti-flicker adjustments and even support for flash. To achieve the full 30fps with continuous AF you will need a Sony lens and may need to adjust some settings, but nothing to date will match its potential for cropping at this speed. Strangely Sony continues to neglect focus bracketing and any kind of pre-capture mode, and for all its processing muscle, the Alpha 1 still requires a computer to composite pixel-shift images. And while I appreciate Sony’s commitment to mobility, I wonder how many sport and wildlife pros would prefer a chunkier body with a built-in portrait grip. Most obviously the Alpha 1 is an expensive camera. For the same money you could get the Fujifilm GFX 100S, with its 100 Megapixel medium format sensor, while for several thousand less you could get Sony’s own higher resolution A7r IV or Canon’s EOS R5 which roughly matches the photo and video quality, albeit not the speed nor the unrestricted video. The real rivals will be Canon and Nikon’s upcoming pro mirrorless bodies, but until we know what they are, Sony wears the crown for the most powerful mirrorless camera to date. Ultimately the Alpha 1 is a jack of all trades and impressively a master of many of them all too, but you have to ask yourself if you really need a camera that does so much at such a high level.

Check prices on the Sony Alpha 1 at B&H, Adorama, WEX or Calumet.de! Alternatively get yourself a copy of my In Camera book or treat me to a coffee! Thanks! 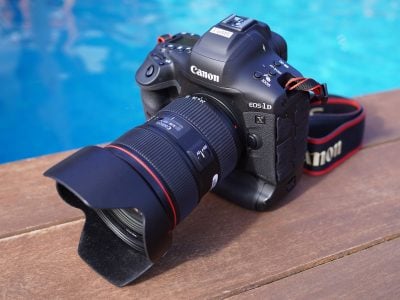 I've now spent some time with the 1Dx Mark III, from a Canon field test in Spain to my own independent tests with a final production model later, and what I’ve seen so far is very impressive. Canon’s packed in a wealth of important upgrades crucially without getting in the way of the handling experience that pros have become familiar with. Owners of previous models can pick up the Mark III and just start shooting without skipping a beat. Of the new features, I was fascinated by the use of an imaging sensor for viewfinder autofocus duties. It makes a lot of sense, and driven by Deep Learning it did a great job at recognising and tracking people in often complex scenes. Coupled with the faster burst speeds, DIGIC X processing and swift card writing, this is a camera that effortlessly handles action at the highest level - as it should. I was also fond of the new Smart Controller which quickly allows you to reposition the AF area, and it’s a relief to finally find a camera company offer an alternative to JPEG for compressed images, with the HEIF format having a lot of potential. In terms of video, the 1Dx Mark III also becomes Canon's most capable model below the Cinema series, making it an extremely flexible camera for stills and movies. Arguably the most controversial aspect is that it’s still a traditional DSLR, but Canon firmly believes this is still its best technology for the very specific requirements of demanding pro sports photographers.

Check prices on the Canon EOS 1Dx III at B&H, Adorama, or Wex. Alternatively get yourself a copy of my In Camera book or treat me to a coffee! Thanks! 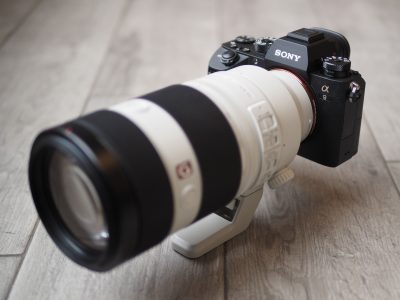 Sony A9 II review so far

The Sony A9 II builds-upon what was arguably the most innovative professional sports camera to date: it takes the 24 Megapixel stacked full-frame sensor of the original A9 with its silent 20fps electronic shooting, zero blackout and minimal disrtortion, but combines it with the latest processing for improved performance along with enhancing a number of body features. The core resolution, burst speed, buffer and AF coverage remain the same as the A9, but the Mark II version inherits a bunch of upgrades introduced on the Ar IV including 10fps mechanical bursts, twin UHS-II slots, 5GHz Wifi, USB C, better stabilisation, improved weather-sealing and some tweaked control positions. The viewfinder remains the same as the A9 for speed, but the wired ethernet port now runs ten times faster at Gigabit speeds, supports full remote control for unattended locations and allows ten banks of FTP settings for different venues. Voice memos can also be added to images, which a new phone app can convert to text and re-embed into images for easier identification. So while the core features remain essentially unchanged from the original A9 running firmware v6, the improvements to workflow along with the upgrades inherited from the A7r IV make for a more professional camera which arrives at a time when there’s even more native lenses in the system for sports photographers. Check prices at Amazon, B&H, Adorama, eBay or Wex. Alternatively get yourself a copy of my In Camera book, an official Cameralabs T-shirt or mug, or treat me to a coffee! Thanks! 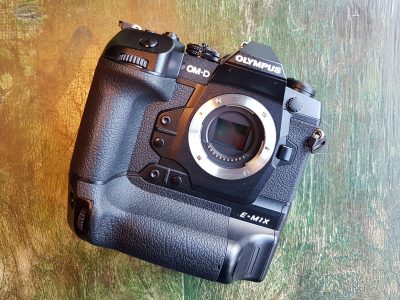 The Olympus OM-D E-M1X is a beefed-up EM1 Mark II, repackaging its 20 Megapixel sensor, 4k movies and 18fps bursts into a larger and tougher body with an integrated portrait grip, twin batteries, field sensors, improved autofocus tracking, USB power and even better built-in stabilisation. The result is a camera that can confidently handle action and wildlife shooting while shrugging-off cold, wet or dusty environments. The stabilisation is remarkably good, letting me handhold 8 second exposures or film at 600mm without wobbles. But there’s no 4k at 60p, the viewfinder is relatively low-res and crucially the quality and many of its unique features are already available in the EM1 Mark II at almost half the price. Then at the high-end, the E-M1X may be comfortably cheaper than pro bodies from Canon, Nikon and Sony, but they all feature much larger full-frame sensors which deliver cleaner results at the kind of high ISOs sports and wildlife shooters often need to deploy. And while the Olympus feature-set makes the pro DSLRs look old-fashioned, Sony’s A9 is a much tougher modern rival costing only one third more. But sometimes you have to stop over-analysing. Yes the E-M1X is a specialist body with a correspondingly limited audience, and there’s no getting away from the fact it’s the largest, heaviest and most expensive Micro Four Thirds camera to date, but it’s a camera I still enjoyed shooting with immensely. It looks and feels great, is tougher than anything at the price and delivers good results backed-up by some truly unique and industry-leading tech.

Check prices on the Olympus OM-D E-M1X at Amazon, B&H, Adorama, or Wex. Alternatively get yourself a copy of my In Camera book or treat me to a coffee! Thanks!