The AF-S VR Micro-Nikkor 85mm f/3.5G ED is a very good macro lens although it suffers from weak contrast at normal working distances wide open, so is best used stopped down to f/5.6. The VR image-stabilization works well even at larger magnifications and the price is reasonable. Overall the minor downsides mark it down from our Highly Recommended rating, but it still easily earns a Recommended. It’s a great choice for owners of DX-format DSLRs who are into macro-photography and want a step-up from the budget 40mm without the expense – not to mention size and weight – of the 105mm.

Check prices at Amazon, B&H, Adorama, eBay or Wex. Alternatively get yourself a copy of my In Camera book or treat me to a coffee! Thanks!

Announced in 2009, the AF-S DX 85mm f/3.5G ED VR is one of the six macro-lenses that Nikon currently offers. It’s the second cheapest of the bunch and one of only two macro lenses from Nikon which are specifically designed for DX format bodies, the other being the AF-S DX Micro-Nikkor 40mm f/2.8G.

Mounted on a DX-body, the 85mm becomes equivalent to 128mm, so in addition to offering 1:1 macro close-ups it doubles up as a mild telephoto. It can certainly be useful for portraiture, although the effective focal length means you may be a little further from your subject than you’d prefer; but conversely the longer focal length means you don’t need to get as close to subjects for decent macro reproductions. In this review I’ll take a look at Nikon’s only stabilized macro-lens specifically designed for DX bodies, and find out whether it delivers good performance. 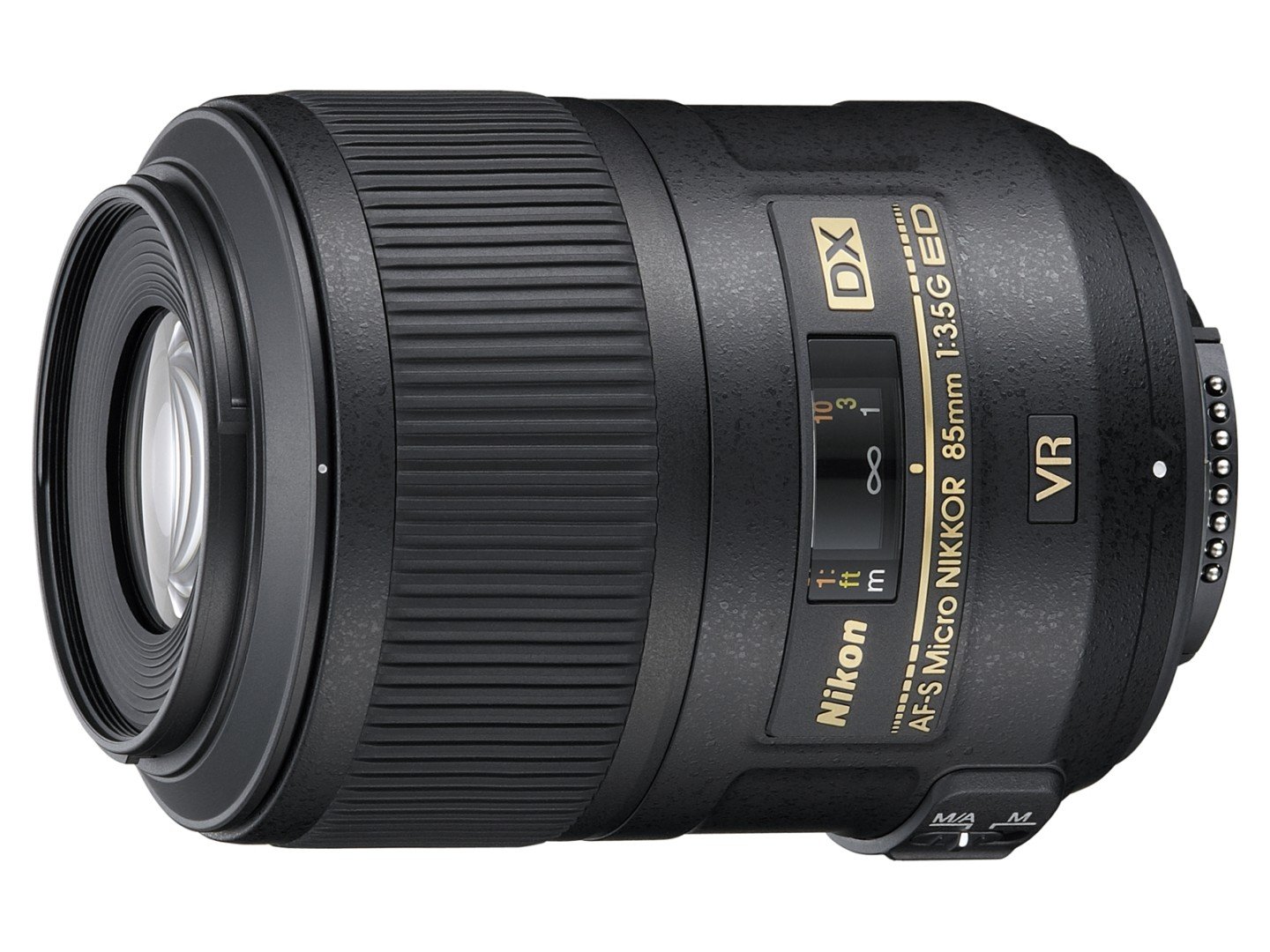