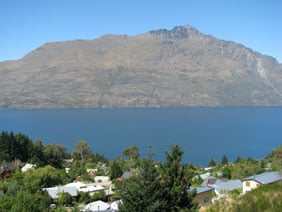 To compare noise levels under real-life conditions we shot this scene with the Canon PowerShot S5 IS and Panasonic Lumix DMC-FZ18 within a few moments of each other using each of their ISO settings in Auto modes. The lenses on each camera were adjusted to deliver the same field of view.

The image left was taken with the Canon PowerShot S5 IS at 7mm f4 and with a sensitivity of 80 ISO; the original JPEG measured 3.68 MB. The crops are taken from an area just below and to the left of the centre and presented here at 100%.
The results below reveal two very different strategies to handling noise. The Canon PowerShot S5 IS makes little attempt to cover-up the visible noise speckles in its images, while the Panasonic Lumix DMC-FZ18 smears them out with noise reduction and image processing.

As such, the images taken at the lowest sensitivities appear slightly sharper from the Canon, but this is helped by the optical effect of fine speckles in the same way an inkjet print often looks sharper than one made with a continuous-tone process. At 200 ISO, these speckles are becoming clearer to pixel peepers, while at 400 ISO, most people will notice them when viewing at 100%. At 800 and 1600 ISO, the PowerShot S5 IS images are plagued with noise speckles.

In contrast, Panasonic seems almost allergic to visible noise, instead applying increasingly heavy noise reduction to its images. At 100 ISO, there’s a slight softness compared to the Canon S5 IS, then the smearing steadily increases as the sensitivity gets higher.

The fact is both cameras have small sensors which suffer from noise, and it’s entirely personal which approach you prefer when it comes to handling it. In Canon’s favour, by leaving noise visible, it’s giving you the chance to reduce it yourself later with potentially more sophisticated and less intrusive software. That said, the Panasonic FZ18 offers a RAW mode which gives you more of a chance to play with the data before it’s been processed by the camera.

Again, it’s down to you which approach you prefer, but it’s interesting to see two such contrasting strategies. Both do however perfectly illustrate the problems of a camera with a physically small sensor. If you want clean results at high sensitivities, you’ll need a big sensor, and for most cameras, that means a DSLR.

Now for more real-life examples across its sensitivity range, check out our Canon PowerShot S5 IS sample images page.